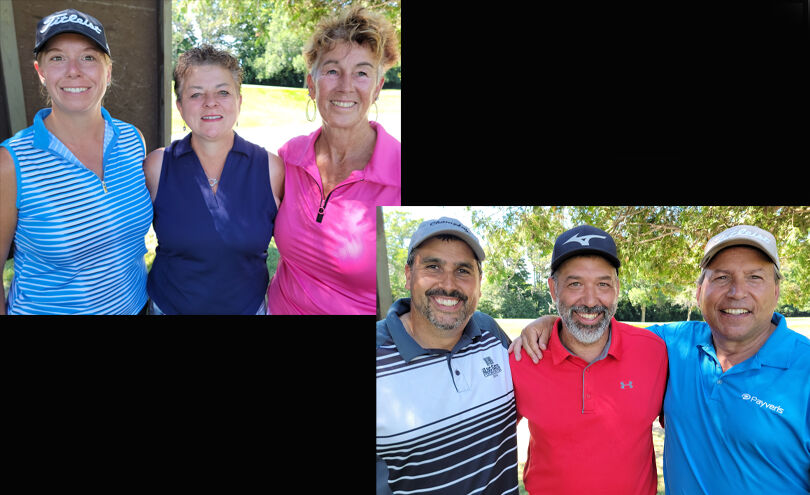 Right: Mitch Demar, Jesse Osborne, and Bob Berno pose for a photo after the Champlain Country Club club championship. Osborne won the championship and Demar and Berno tied for second. 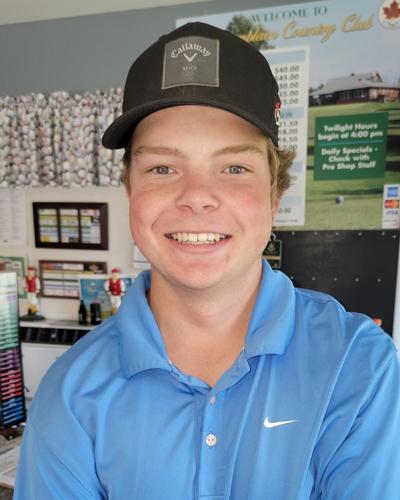 Cam Fouguere won the first flight at Champlain Country Club over the weekend of August 12 and 13.

Jesse Osborne (c.) won the 2022 club championship at CCC over the weekend. He carded a 73-72-145 total for his second title. Finishing tied for second place was three-time winner Mitch Demar (l.), and eight-time winner of the event, Bob Berno, who each carded 36 hole scores of 149.

Eighteen year-old Cam Fougere won the first flight of the men's club championship, shooting 79-74-153, to best Joe Lamica, who shot 82-75-157. It has been quite a year for the Milton High School 2022 graduate. He was a member of the MHS state championship soccer and hockey teams his senior year.

Andrea Brown (c.) won her fifth women's club championship at CCC, shooting 80-85-165. Former champion Kim Barkyoumb, (r.) was second with a 89-87-176 total. And Sarah Lussier (l.) was third with a 88-96-184 total. Brown, a native of Cowansville, Qubec (grew up across from the 18th green at Cowansville Country Club) is no stranger to success. After she won many junior tournaments in Quebec, she was a member of Lamar University's D-1 women's golf team in Beaumont, TX. She has won two VT Women's Amateur Golf championships, five VT Women's Mid-Amateur Championships and two VT Senior Women's Golf Championships. She is excited that Champlain Country Club will play host to the 2022 VT Women's Mid Amateur Championship, Sept. 17-18. The field will include many of the top women golfers in the state.