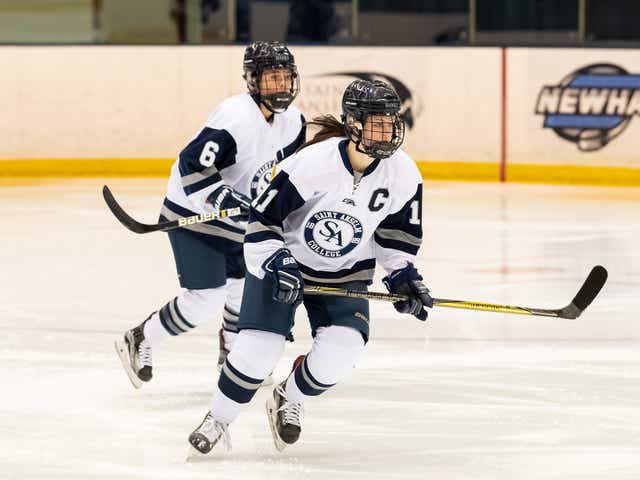 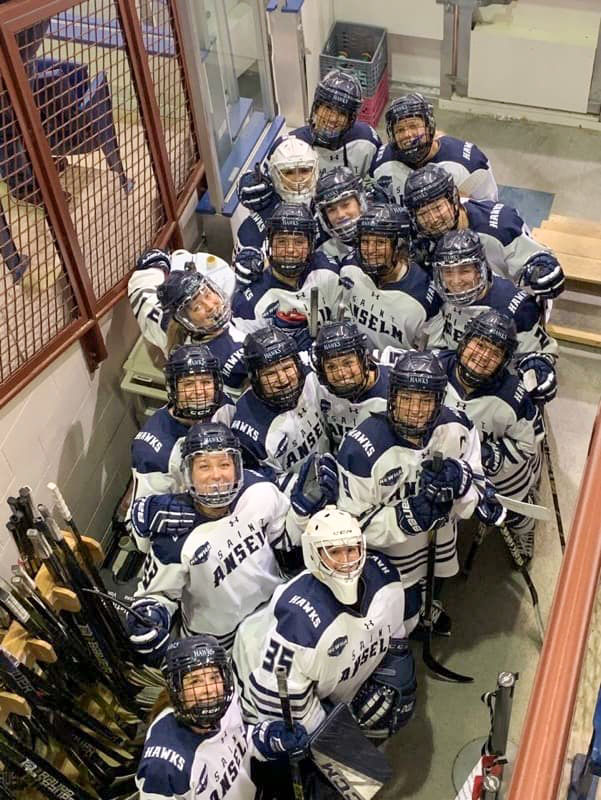 Amanda Conger, far left and the third row back, poses for a photo with her teammates before a game. 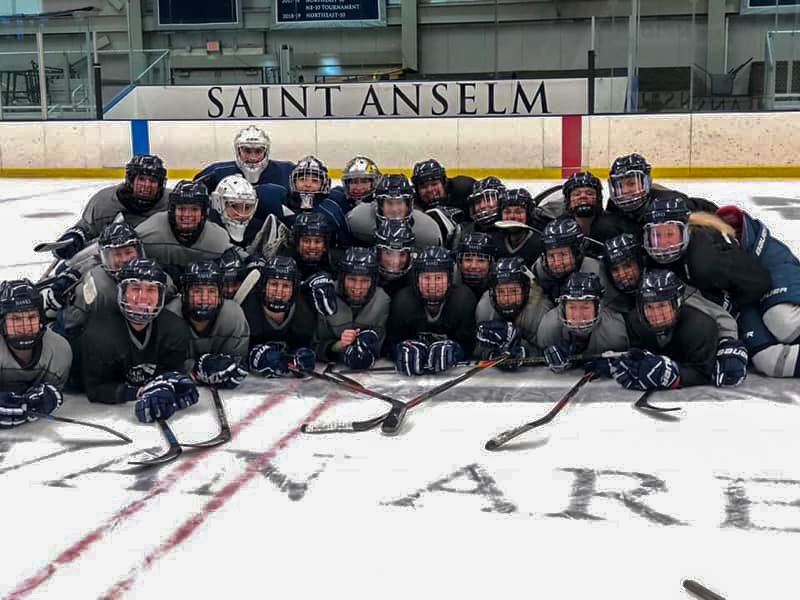 Amanda Conger, far left and the third row back, poses for a photo with her teammates before a game.

SWANTON — On Saturday, April 12th Amanda Conger was announced as the official recipient of the 2020 Hockey Humanitarian Award.

The 25th recipient, Conger, was selected because of her selflessness. According to the official website, ‘the Humanitarian Award is meant to be seen as a true measure of a person’s worth, not just as an athlete, but as someone who embodies those values that merit our recognition.’

“I’m honored, humbled, and proud to be the recipient of this award,” said Conger.

“It goes to my childhood and all the coaches who shaped me--growing up at the Highgate arena, at MVU, and at Rice. I hope all my past coaches and mentors are proud of how they’ve shaped me, and I’m grateful for each of them.

“I’m also grateful that I’ve had my parents’ support throughout my life and in hockey, and I hope I’ve made them proud as well. And I’m grateful for my brother Matt, who’s been my greatest mentor.”

Last summer, Conger made a decision that changed her life and that of Cameron Oullette, a young race car driver from Barre suffering from stage 5 kidney disease.

Conger heard of Oullette’s need during her summer internship at Thunder Road Speedbowl and began taking steps to become a donor.

A young, healthy, athlete, Conger passed the necessary medical assessments, and on June 11, 2019, she donated her kidney to Oullette.

Just months after her surgery, Conger returned to St. Anslem College and rejoined her college hockey team, finishing her senior season as the program’s leader in all-time games played.

The Hawks hockey season ended in a 1-0 loss in the conference championship, but the semifinal game was one to remember.

“That game was crazy!” said Conger, laughing. “We went into seven overtimes before we won the game.”

The game earned this year’s St. Anslem Hawks the record for the longest women’s hockey game in NCAA history.

The Hawks lost in the final the next day by a score of 1-0.

Conger’s final semester of college was cut short by fears associated with the COVID-19 virus. She’s been home completing her degree and preparing to graduate.

Had life been allowed to go on as usual, Conger and her family would have traveled to Detroit for the men’s Frozen Four to be recognized as this year’s winner of the Hockey Humanitarian Award.

Never one to dwell on the negative, Conger embraced the recognition she has received, knowing it would draw attention to the lifesaving gift of organ donation.

“Being on the news, in the papers, on socia medial, and on Sportscenter, I’ve had an even greater platform to share the importance of organ donation with the nation,” said Conger.

As a finalist, Conger was given a choice to have a donation made to the charity of her choice. She chose Donate Life Vermont. As the 2020 recipient of the award, she will be able to make an even larger donation.

Conger hopes the donations will lead to successful transplants for patients in similar straits as Oullette.

“The most reassuring thing I can say to anyone who’s interested in organ donation in Vermont is that the UVM organ transplant center is amazing.

“I went there to donate my kidney to Cameron, but they took great care of me and made sure that I was totally comfortable from start to finish.

“It was so incredible to know that I had their support while making one of the biggest decisions in my life.”

As a spokeswoman for organ donation, Conger has had the opportunity to speak with others on the subject.

“I’ve had people message me about the process on Facebook, and I’ve assured them that the transplant center will tell them everything. It’s 100 percent your decision; they’re just guiding you through the steps.”

When asked about her future plans, Conger spoke of her online classes, time spent playing with her dog, and keeping close to home.

“I’ll be looking for a job soon,” said Conger, “but I don’t see myself going anywhere. Vermont is forever my home.”