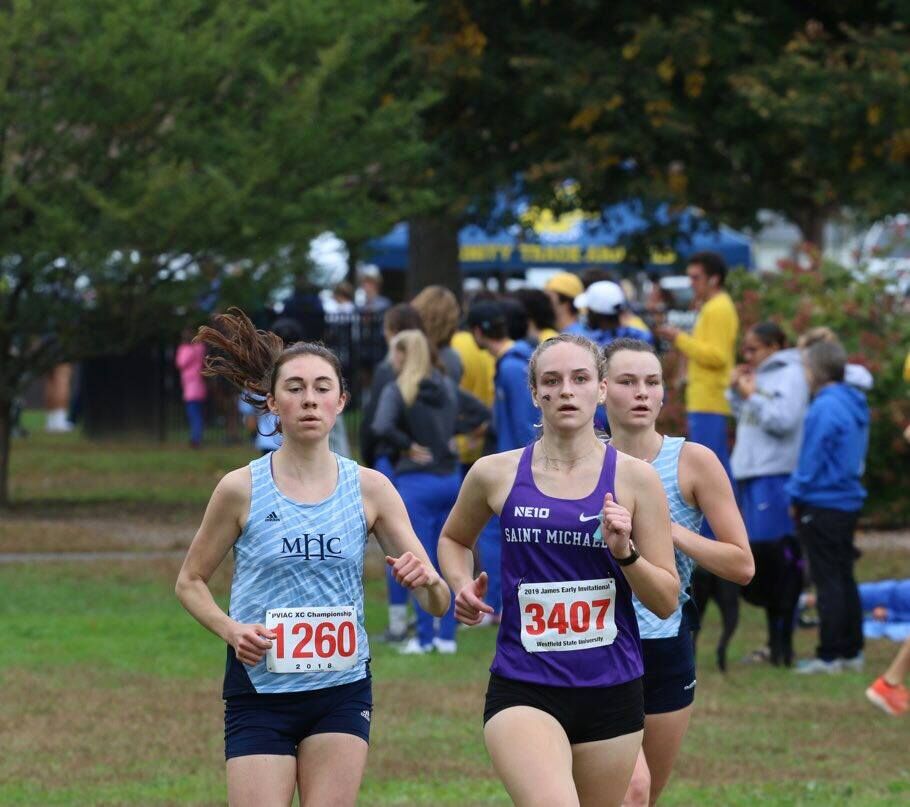 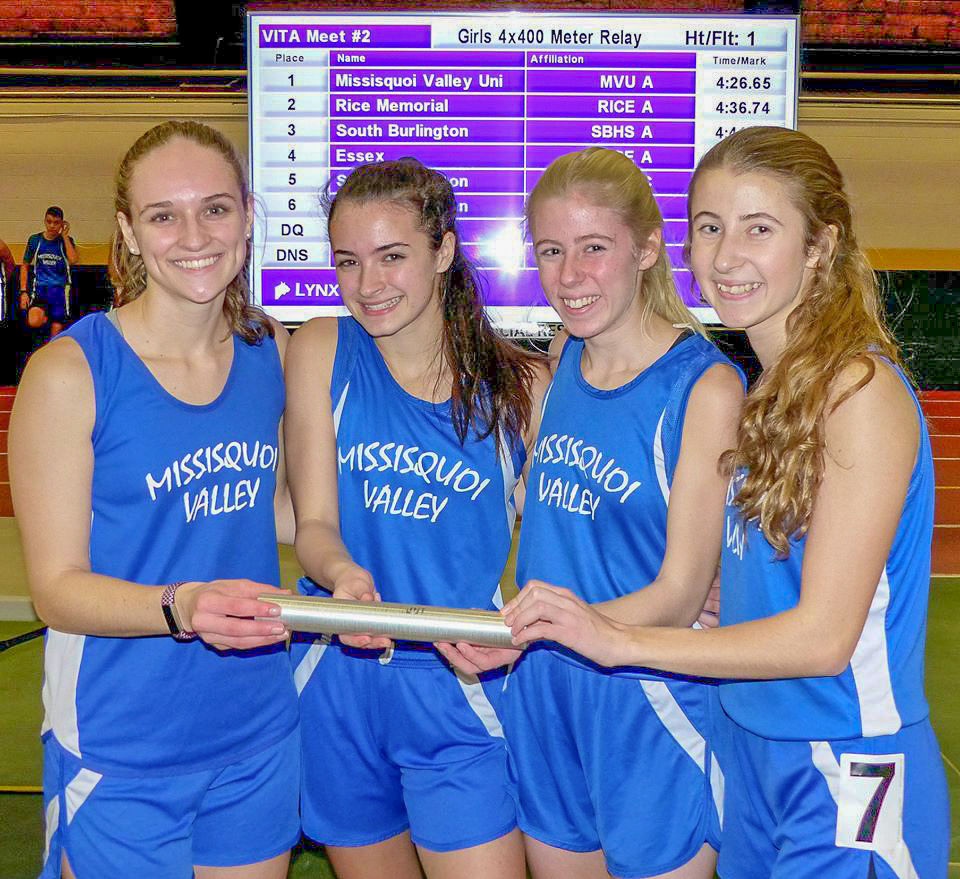 Flashback! The MVU girls’ track relay team made a splash in both indoor and outdoor track in 2019, earning wins in the 4x400 twice and 4x800 twice. Cailey Comisky, Danielle Cummings, Ruth Brueckner, and Anna Brueckner pose at the indoor event. 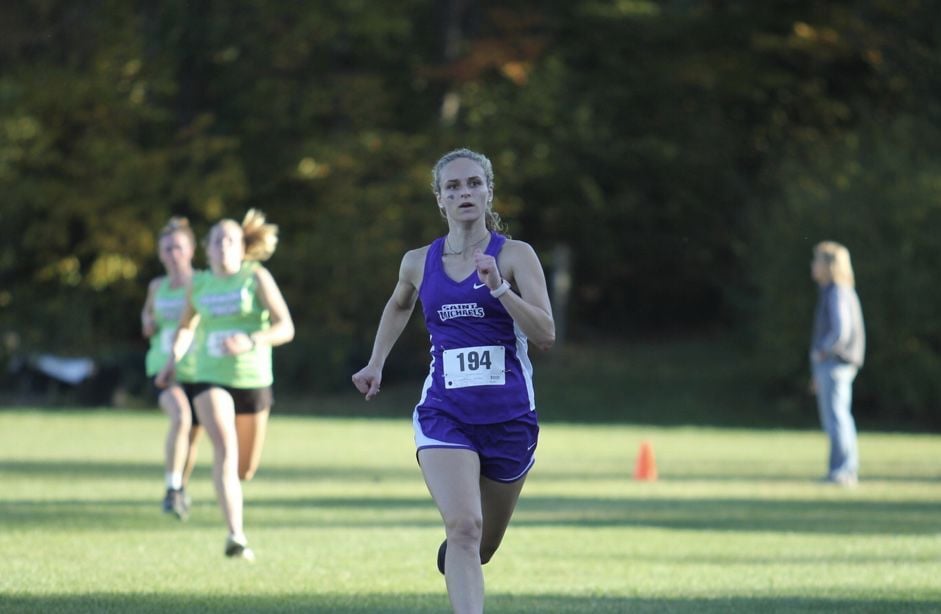 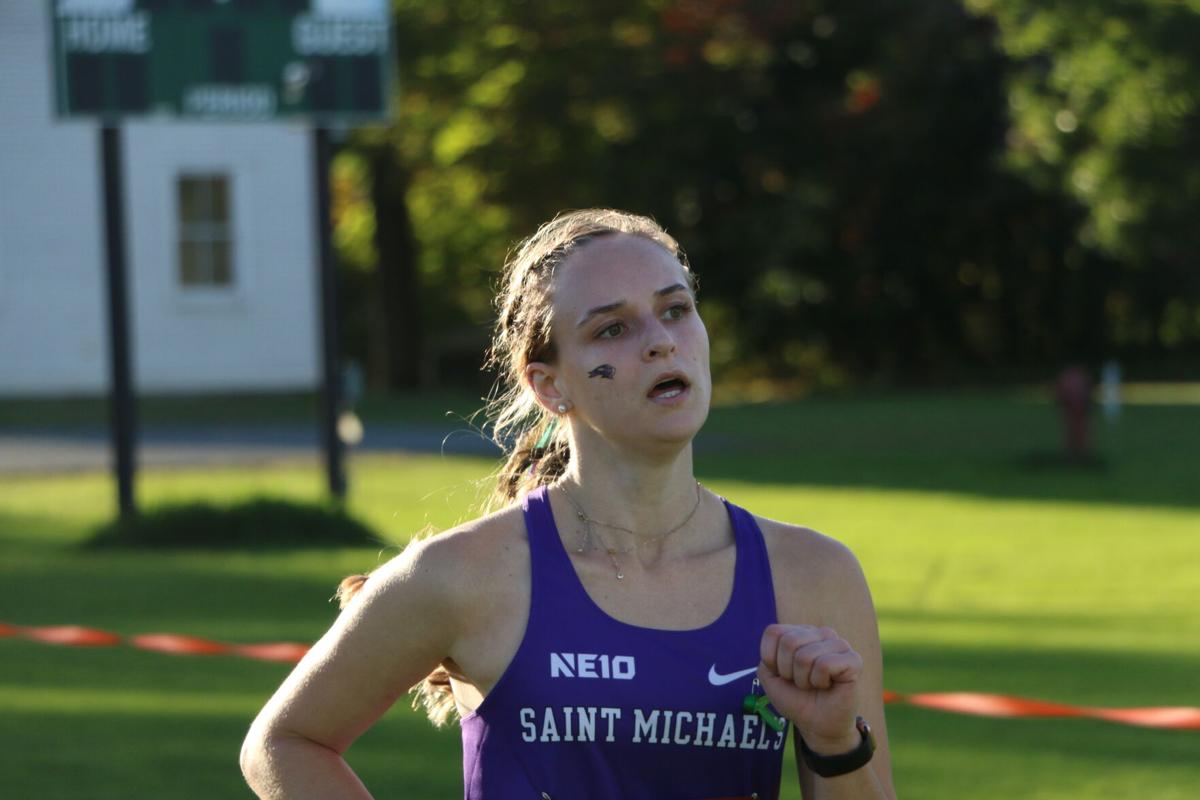 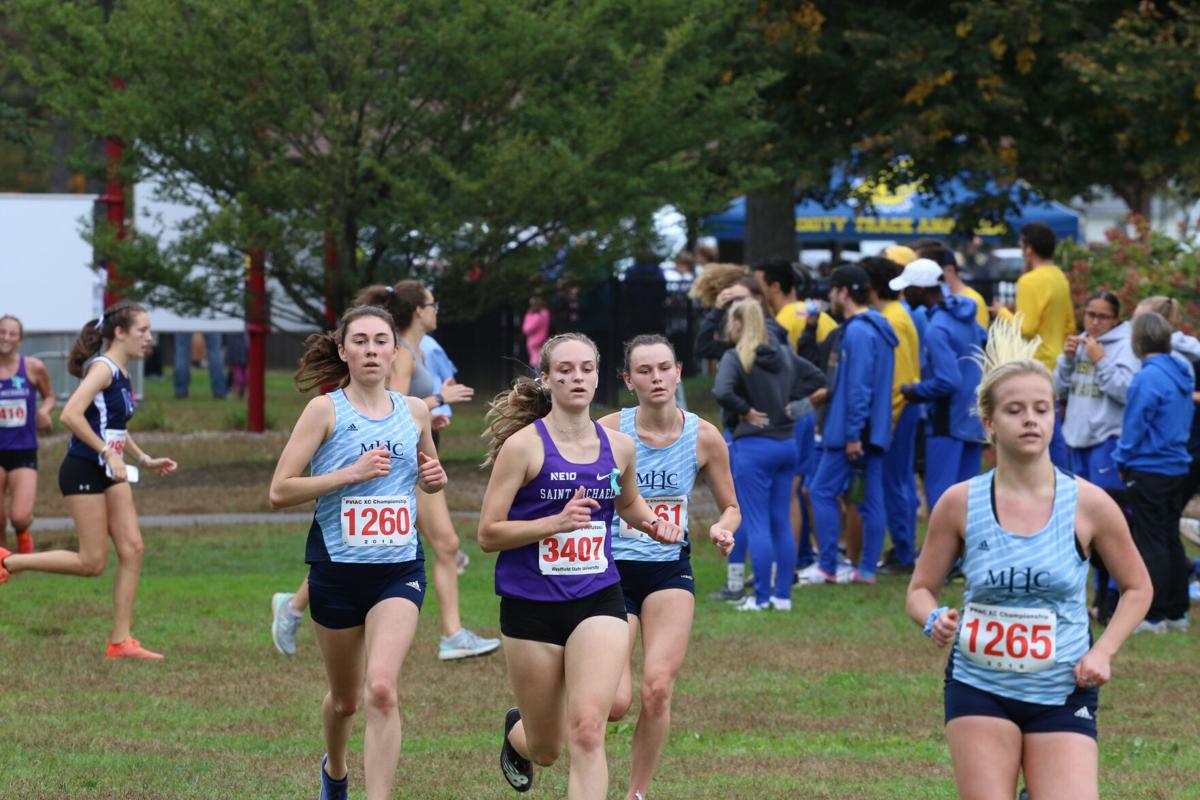 The women's team finished seventh out of 14, and the men's team took 10th place overall. Comiskey finished 83rd in the 8K race in a time of 26:51 in her second career NE10 Championship.

At the Vermont State Meet, Comiskey finished 8th (22:07.5) out of St. Mike's runners and eighth overall out of three schools, and the men's and women's teams both won the event.

What was the most significant difference for you at the Vermont State Meet compared to your freshman year? My freshman year, I was seventh, and this year I was eighth. I haven't changed, but we have a lot of depth on the team, which is better for the team. Races go by point systems, and you want to get the lowest points possible. The team with the lowest overall points wins, the top five runners score, and the others run for places.

How pleased were you to run a personal best (21:14) in the 5K at the Westfield Meet? I was very happy with the results and how I executed my race plan.

As a Vermont runner, did you enjoy following Elle Purrier St. Pierre during the Olympics? It was really cool to see someone from our area make it to the Olympics. It was amazing that the tenth fastest woman and the fastest American woman came from Vermont.

What's it like getting back to a full-season competition after the COVID season? It was really nice, and it reminded me why I loved running. It's so hard when you're not training for anything; it was nice also to get to know the team and be part of a full team.

Did you change as a runner over the COVID season? I've always been pretty determined when I'm running, but it's given me a lot more time to prepare and get better. We focused last year on building a stronger base, and we're building on that this year.

How would you describe your junior season? It hasn't been my break-out season. I actually ran faster over the summer, but it's nice to see the team is stronger and that even when I don't feel like I'm having my best race, I'm still running faster than I was in high school. I'm getting better at my 6K; a thousand meters doesn't feel that far, but it feels really far after you've run three miles. The 6k's make the 5k's feel faster.

Have you had any strategies that have helped? It's easy to get sucked into going out fast with the pack running low six-minute miles. You feel good, but you may not feel that good later. It can be hard to hold back, but you have to. Also, focusing on getting faster every mile is valuable; it's beneficial to speed up when others are slowing down. It's hard to do, but with practice, it gets easier.

What do you enjoy about running for St. Mike's? I love the team environment at St. Mike's. We work hard in practice, but we hang out together, too. Everyone is dedicated and working toward a common goal. I appreciate my high school experiences running at MVU; they helped me get to where I am today.