You are the owner of this article.
Edit Article Add New Article
Subscribe | Sign In
Home
News
Sports
Classifieds
Obituaries
Editorial
Business Directory
Things to Do
About Us
e-Edition
NEWSLETTERS
1 of 4 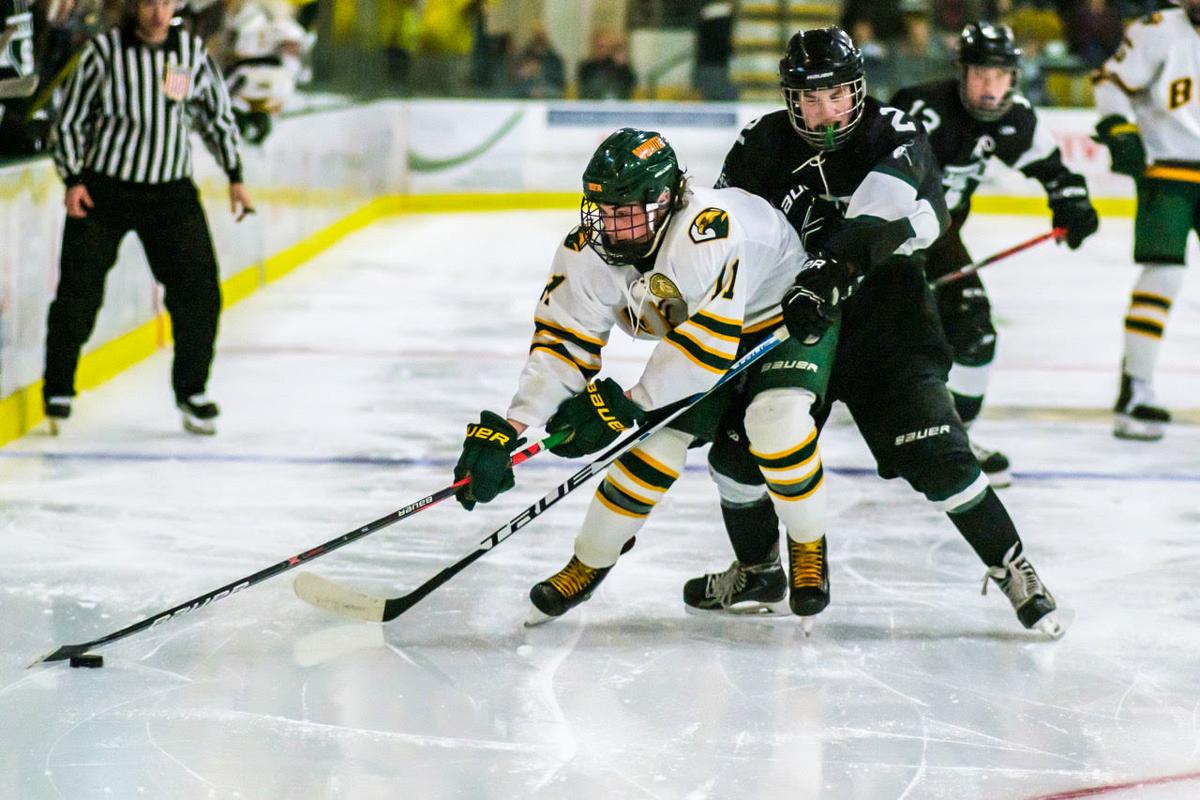 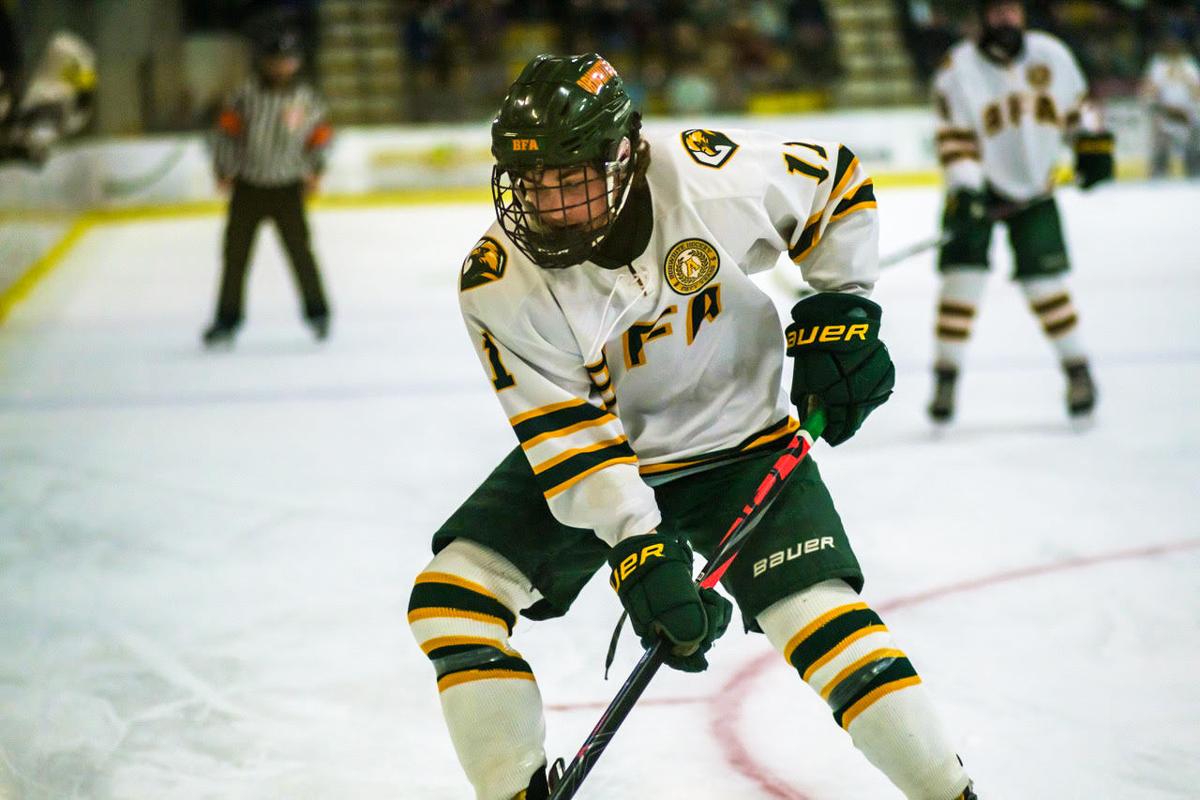 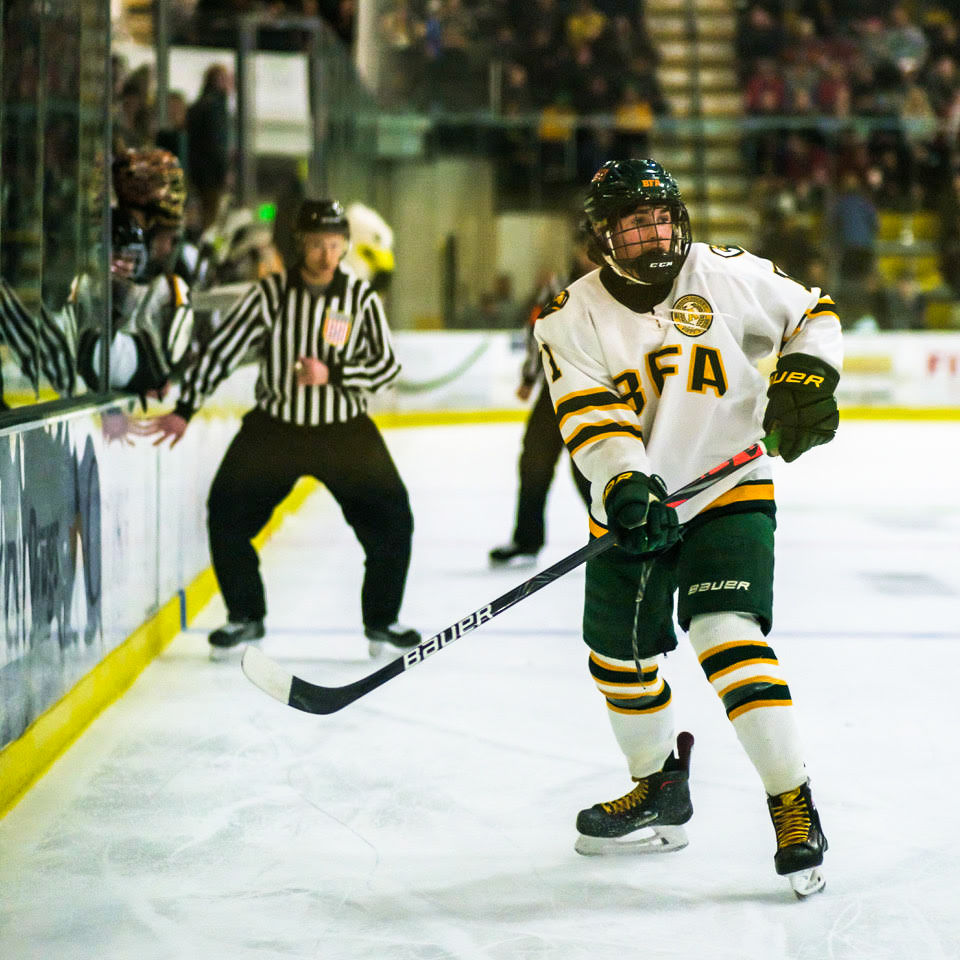 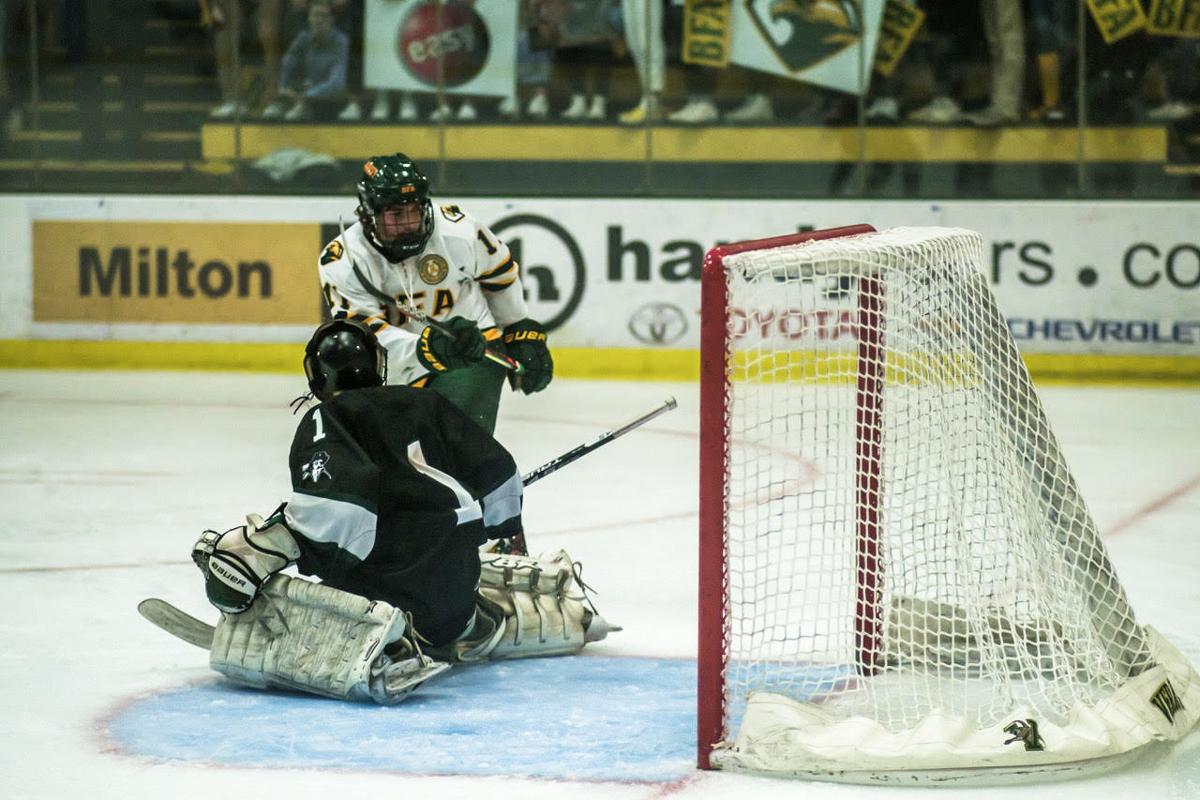 Hart netted a hat trick, scoring the first goal of the game within 20 seconds of the puck drop and two more in the second period.

“He’s a hardworking senior,” said Bobwhite head coach Toby Ducolon. “He’s a big reason why we’re here this year, and he had a big night. I think BFA hockey will be a great memory for him for a long time.”

The Bobwhites went on to win their 19th state title by a score of 4-1 over the Stowe Raiders.

“Winning a state championship is even better than people say,” said Hart. “I’ve been on cloud nine for the last few days.”

On the day of the game, the Bobwhites arrived at Gutterson Field House and prepared to take the ice.

“We got off the bus, and the nerves started. I watched the clock in the locker room, and as the last minute ticked down, I was trying to get mentally focused.”

The Bobwhites won the first face off but were unable to capitalize on the play.

“The next play, I got the puck, and I remembered Coach telling us to shoot high on this goalie.

“I also remembered my dad, Mike, showing me this move when I was young, to go from your forehand to your backhand and go top shelf,” said Hart.

As the puck found the back of the net, it took Hart a minute to realize he’d scored.

“I didn’t hear anything, but everyone was headed to me, and I knew it went in,” said Hart. “When we all got out of the huddle, I heard the crowd roaring, and it was awesome.”

After scoring his second goal, Hart knew what he wanted to do.

“The first thing that came to my mind as I went up to the glass was that I could get a hat trick in a state championship.”

Hart noted that he missed a good shot to secure the hat trick, but his teammates assured him he’d get another shot.

“Everyone has been behind me from the beginning of the year until now,” said Hart, who transferred to BFA St. Albans in the fall.

“I wasn’t expecting it to be as good as it has been. I’ve wanted to play the best I could to help my teammates who’d helped me through it all.”

“Coach told us to play smart and watch the clock,” explained Hart.

“Coach told us to collect the puck and not to slap it. In the moment, I kind of slapped it, but it hit the goalie, and went in. I saw the red light, and I knew I’d scored my first hat trick ever.”

In the post-game interview, a reporter told Hart that the last person to score a hat trick in a title game for the Bobwhites was Ducolon in 1984.

The Bobwhites went into the tournament as the two seed; Hart spoke of the qualities he felt earned the Bobwhites the title.

“We worked hard for this one. We had talent, but talent doesn’t beat a team that’s a family. We always say to each other that we’re going to play for the person sitting next to us.”

Having the opportunity to play for Ducolon wasn’t something Hart took for granted.

“Playing for Coach was insane. He and Coach O’Neill are big inspirations. I came in not knowing much of what BFA did with hockey, but they pushed me through it and were always there.

“Coach O’Neill told me I didn’t know how good I was and that I needed to be more confident with the puck,” said Hart. “I took his word, tried it, and it worked the other night.”

The night of the tournament, all the hard work paid off, and the Bobwhites piled together for a post-game photo.

“It’s a gift to be there. It was our last game together; we’re all brothers.”

The team didn’t get there alone.

“The student section has been absolutely electric all year. The crowd has brought it and supported us,” said Hart.

Hart recalled jumping for to hit the Easy Button--three times.

“I jumped a little higher the first time, higher than I was used to, but I touched it every time.

“I like that we can interact with the crowd--it gets them going and gets us going.”

Since winning the game, Hart has been reminded of the impact athletes can have on the younger generation of players.

“I was in the grocery store, and I had my Bobwhite hockey stuff on. A young kid came up to me and asked me if I was the kid who scored the hat trick, and he gave me a big hug,” said Hart.

“When that kid came up to me, it reminded me that people are there and they are watching the game. I will never forget that!”