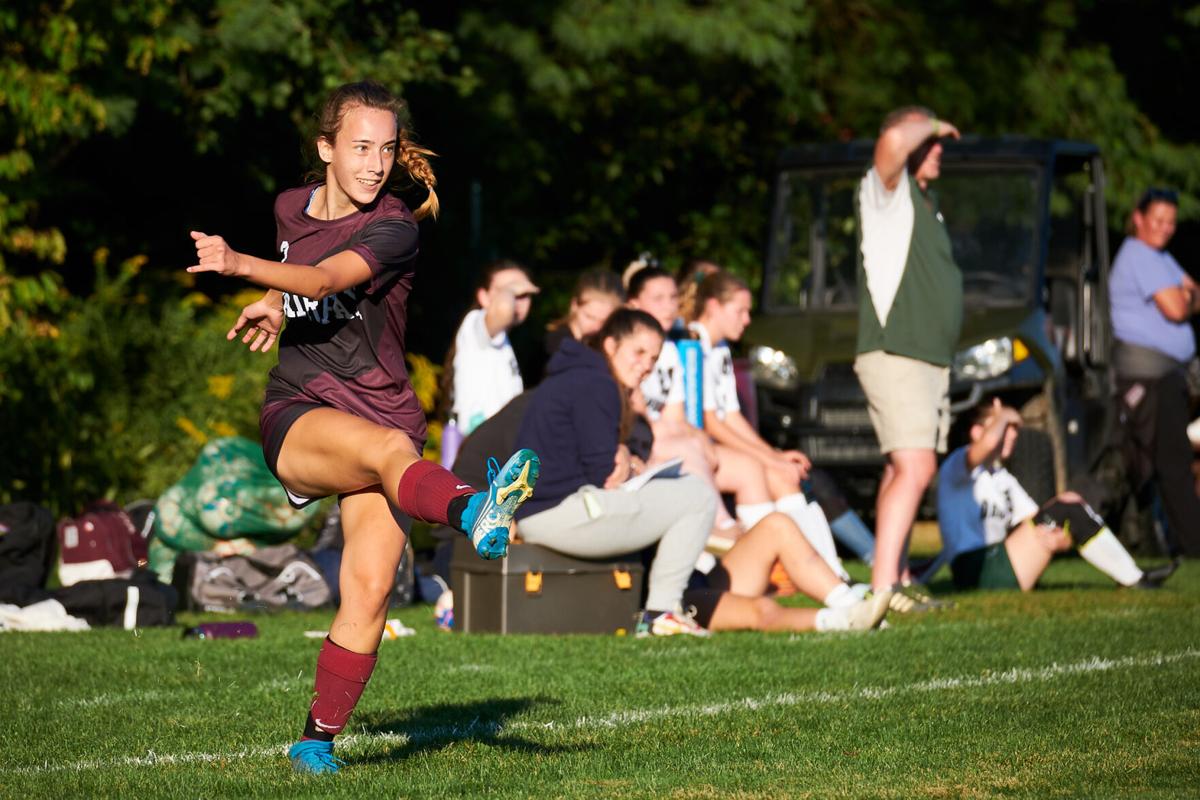 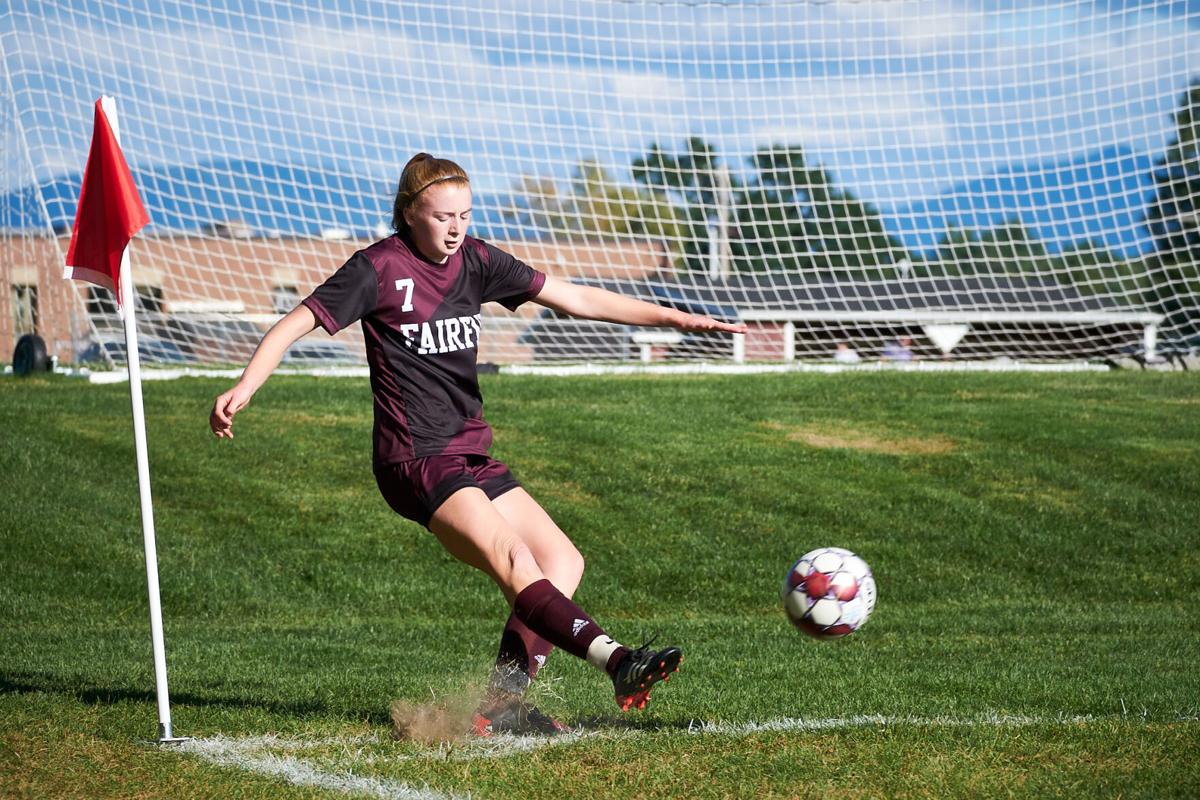 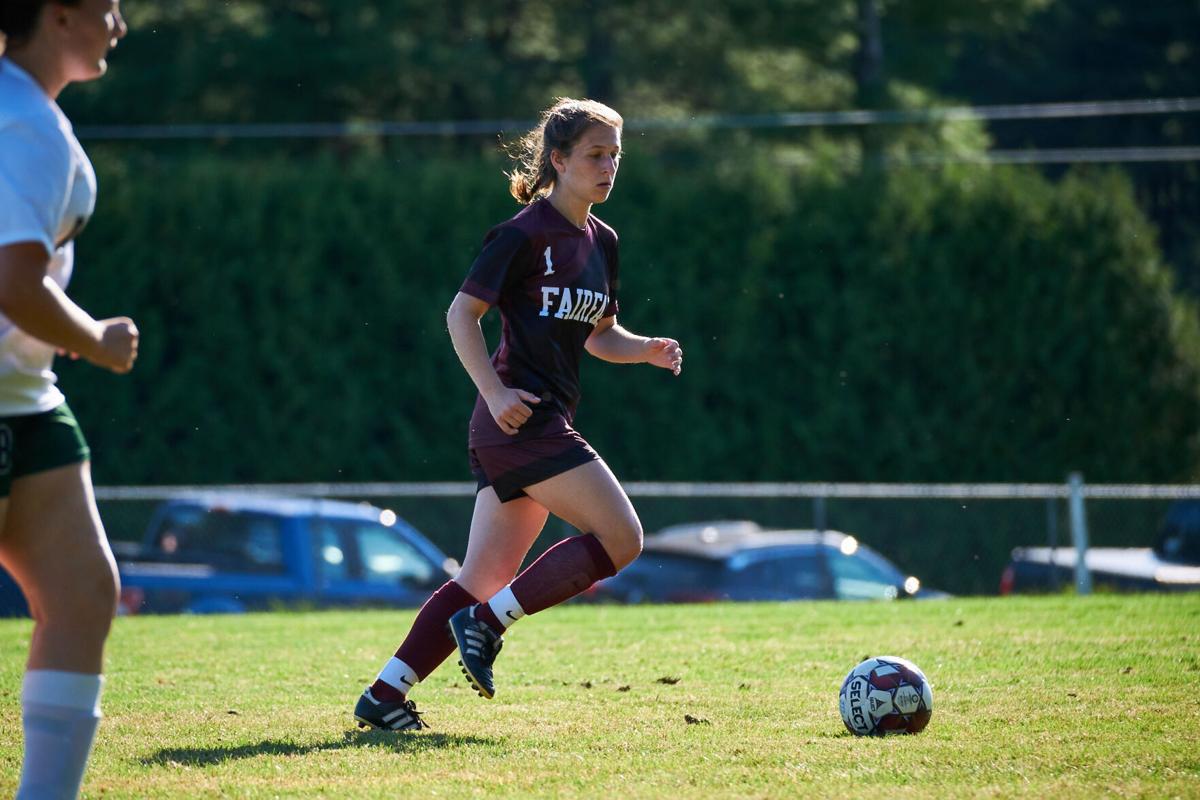 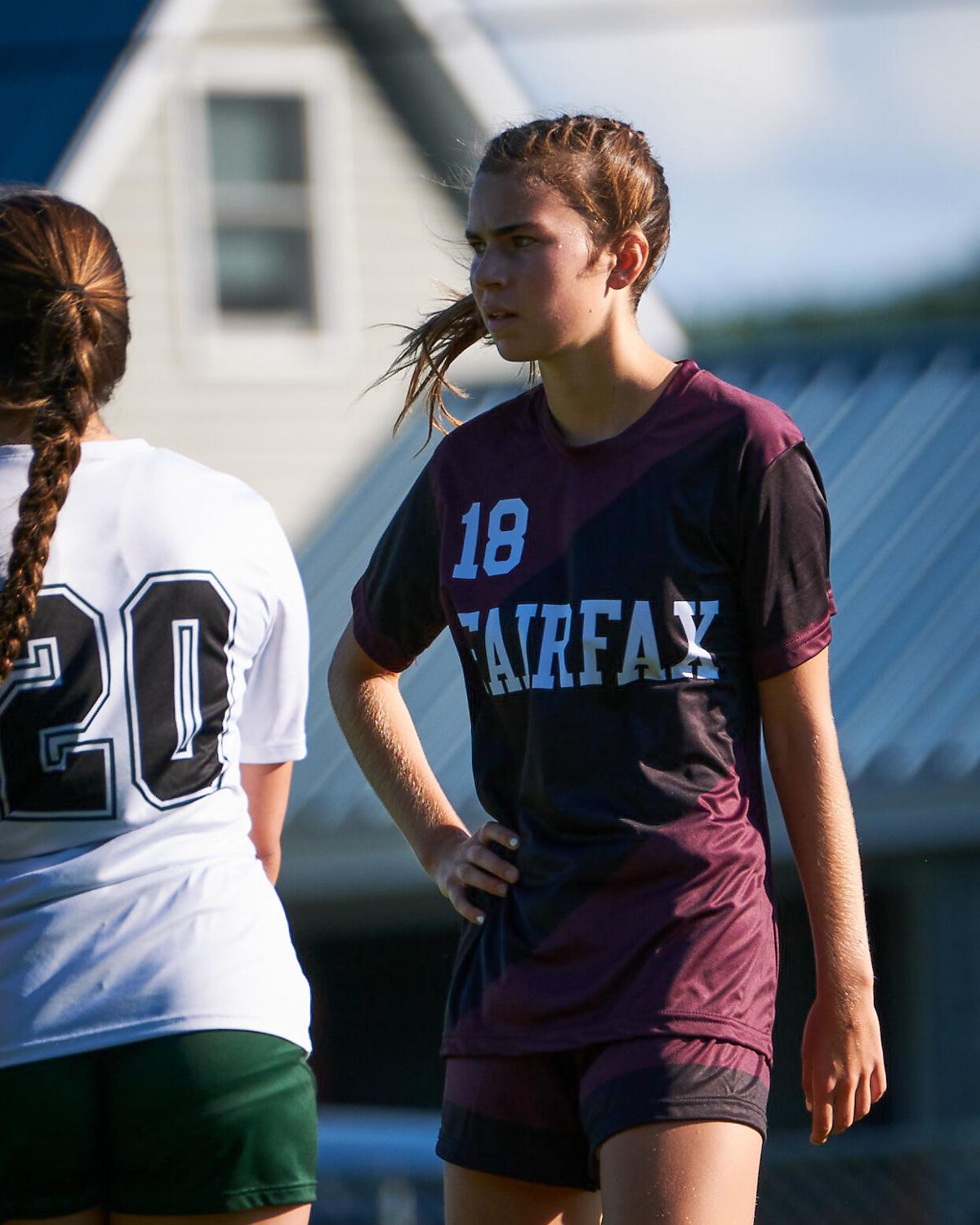 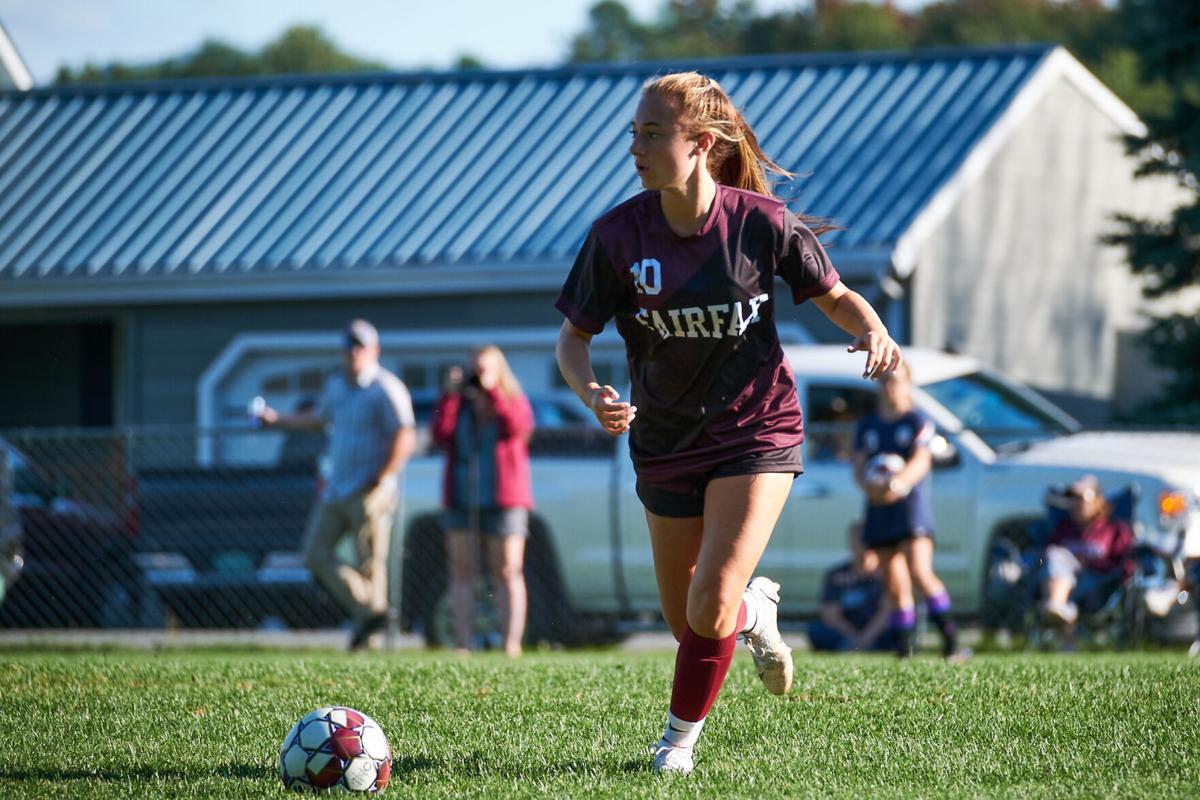 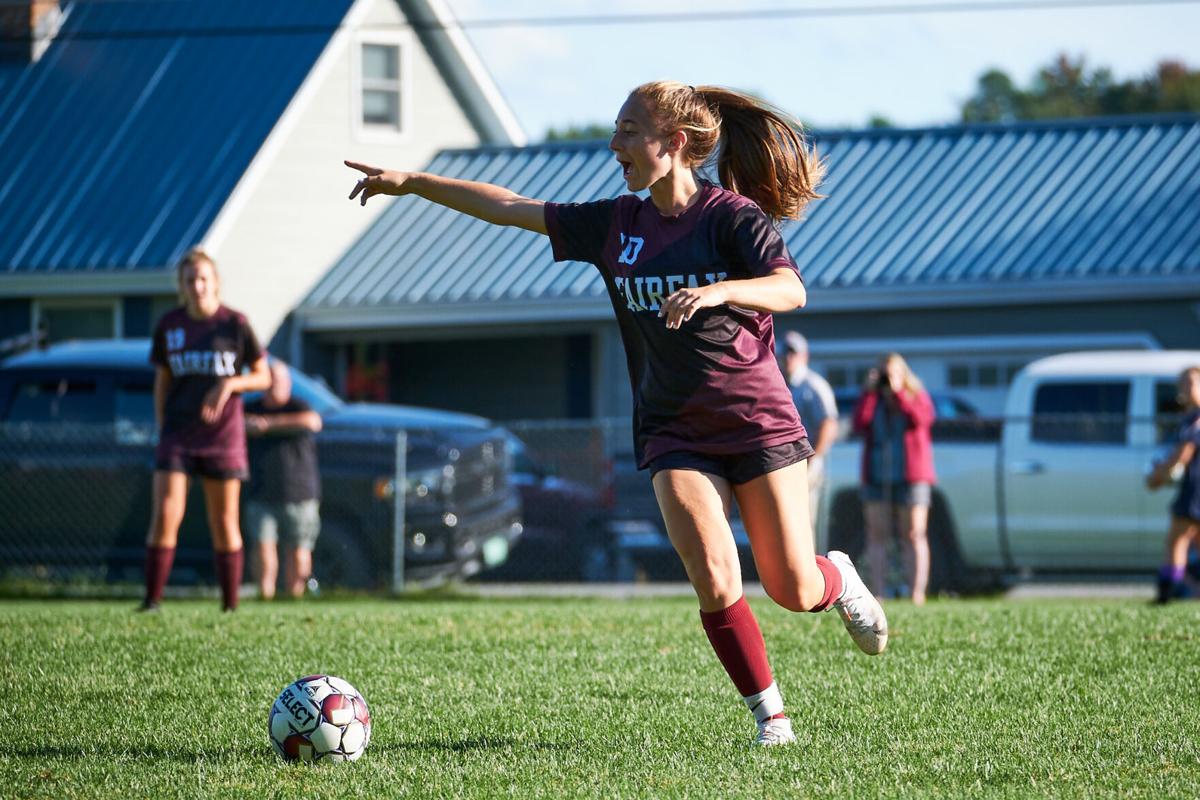 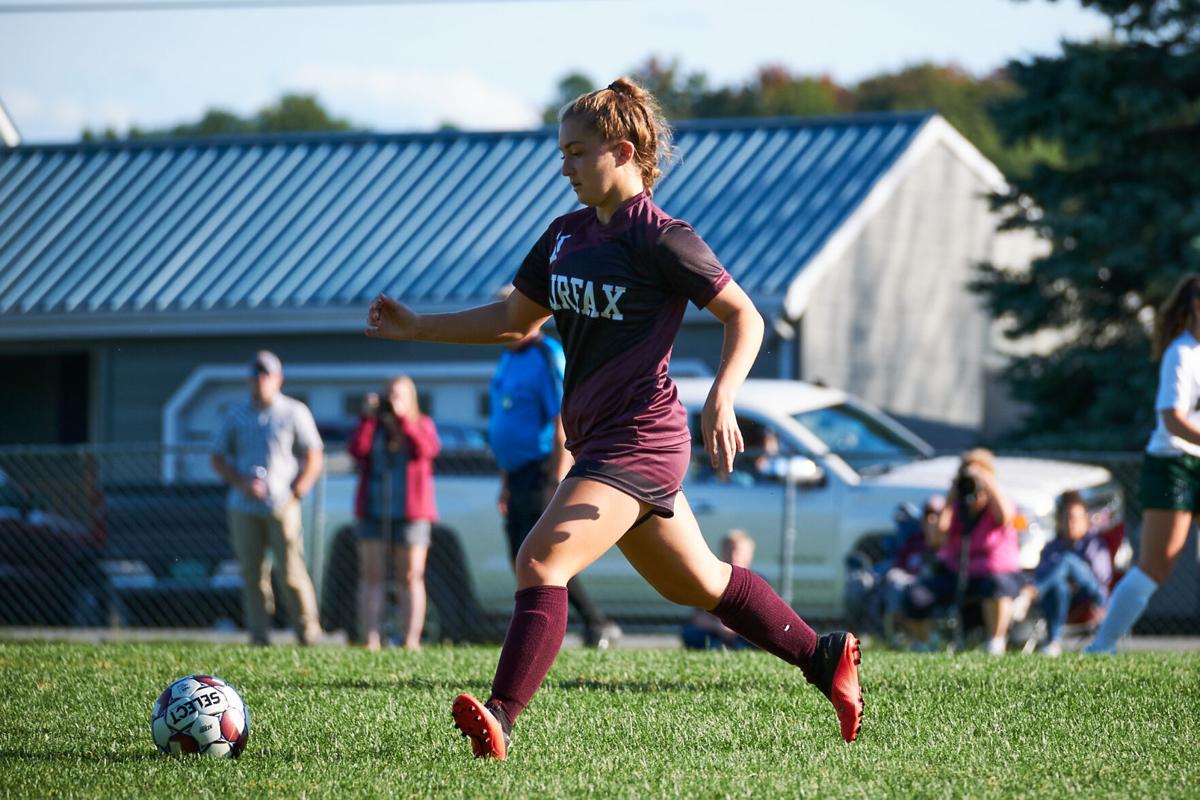 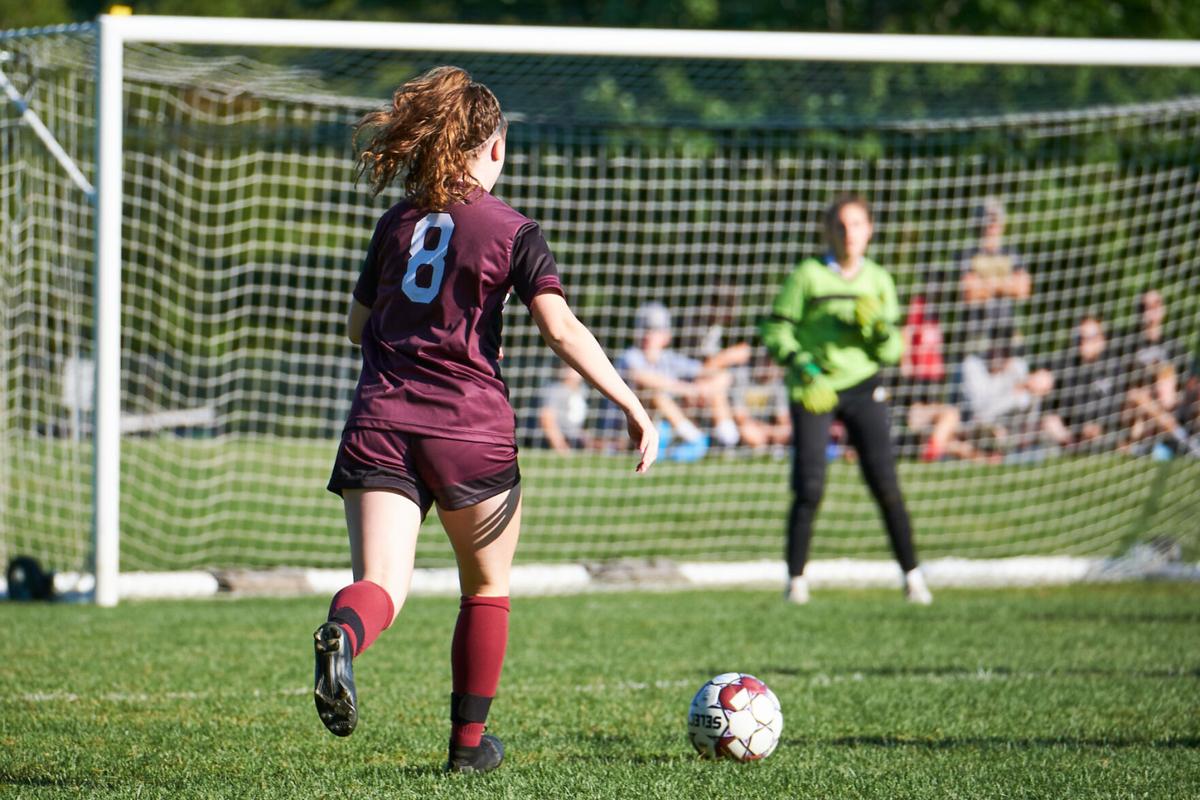 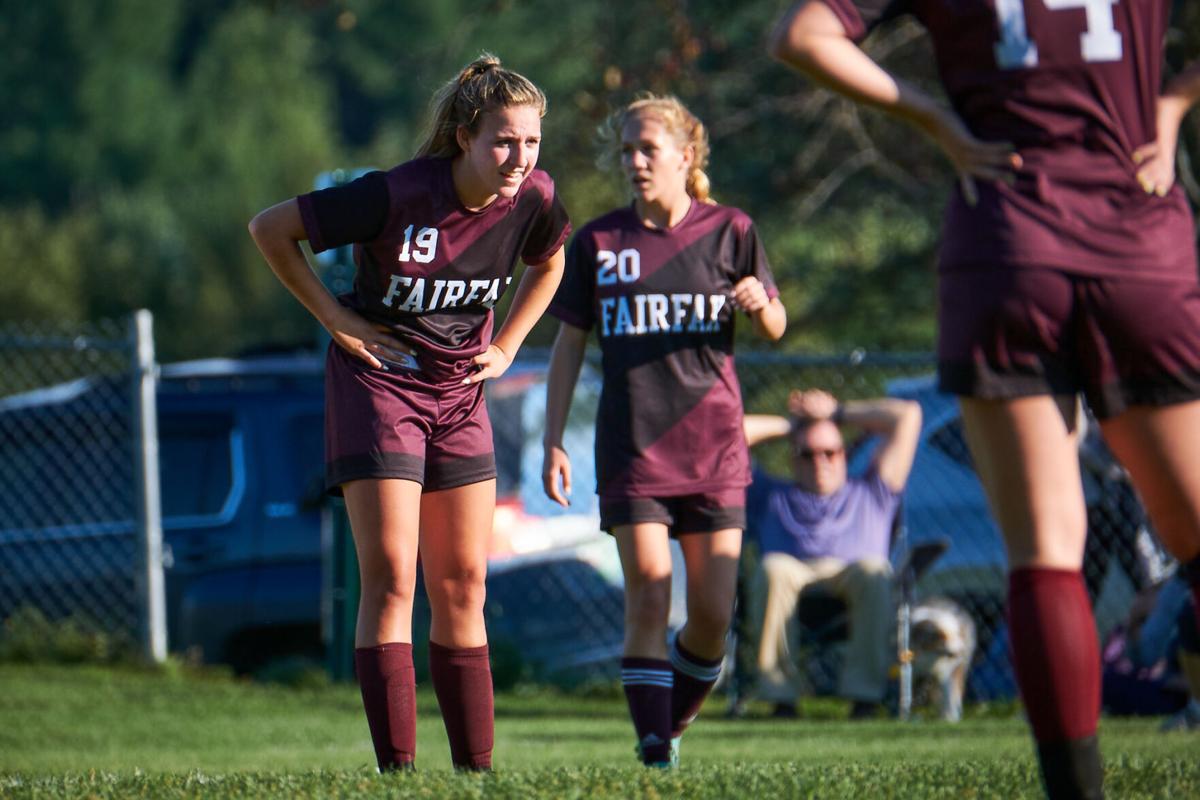 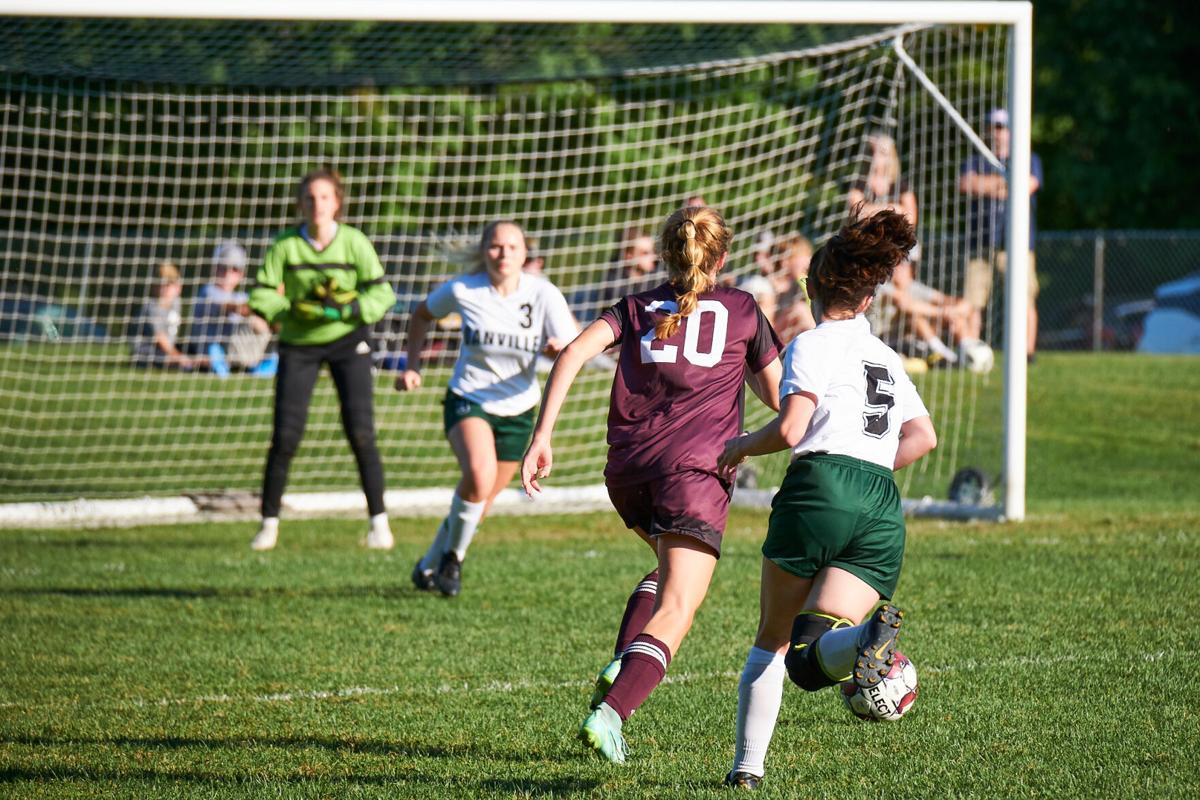 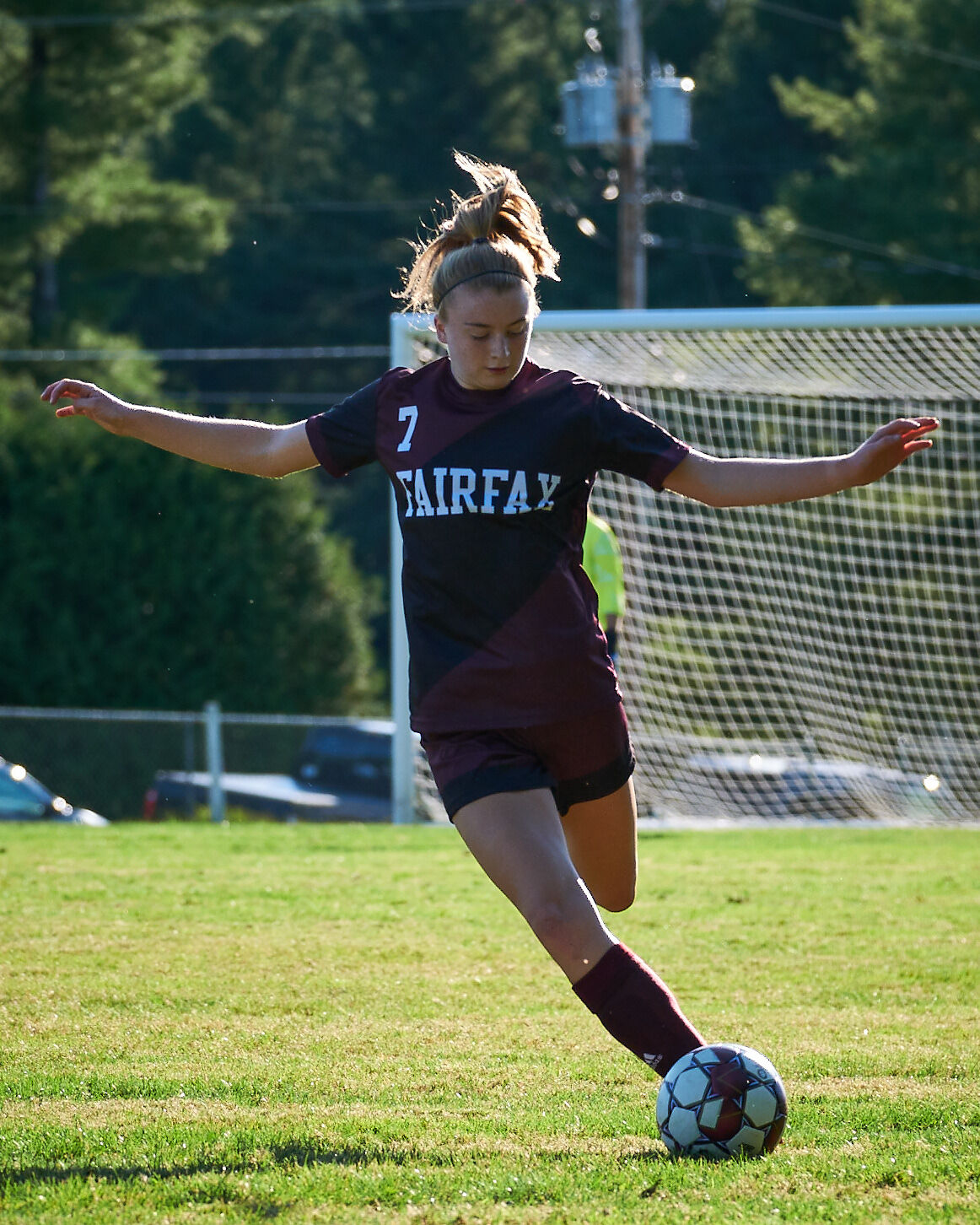 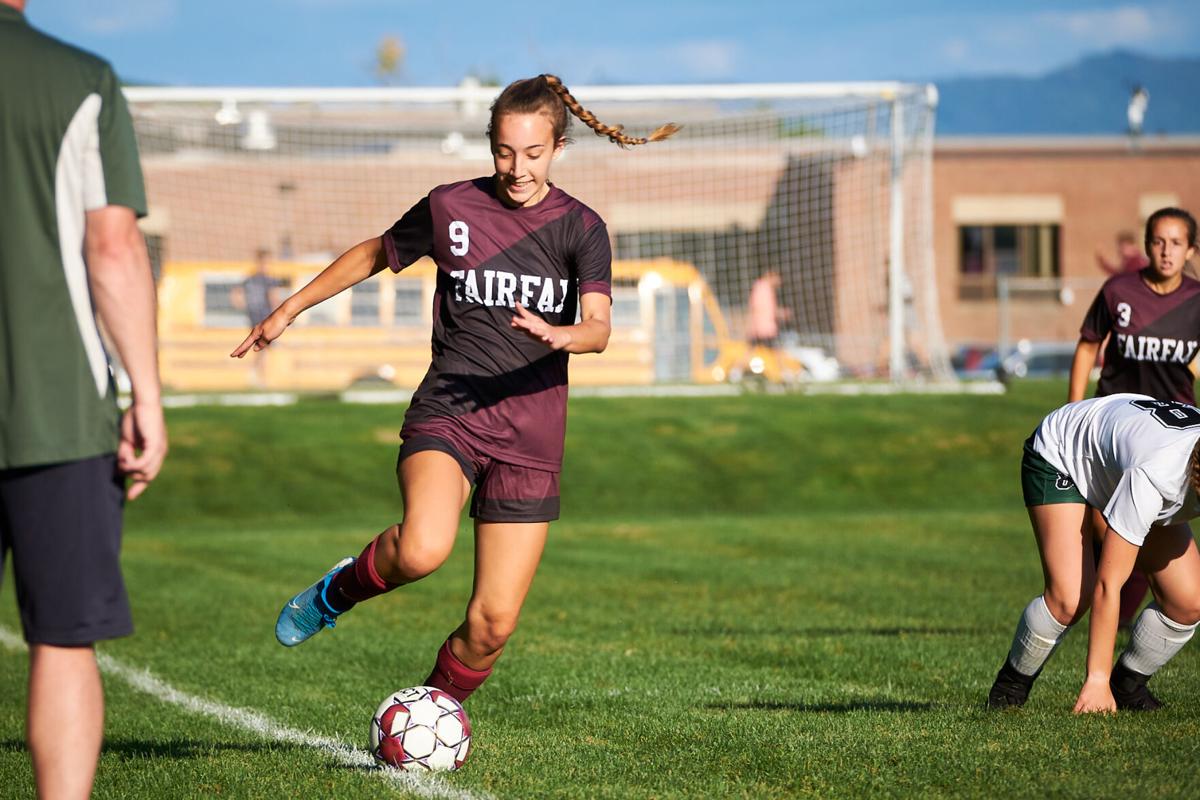 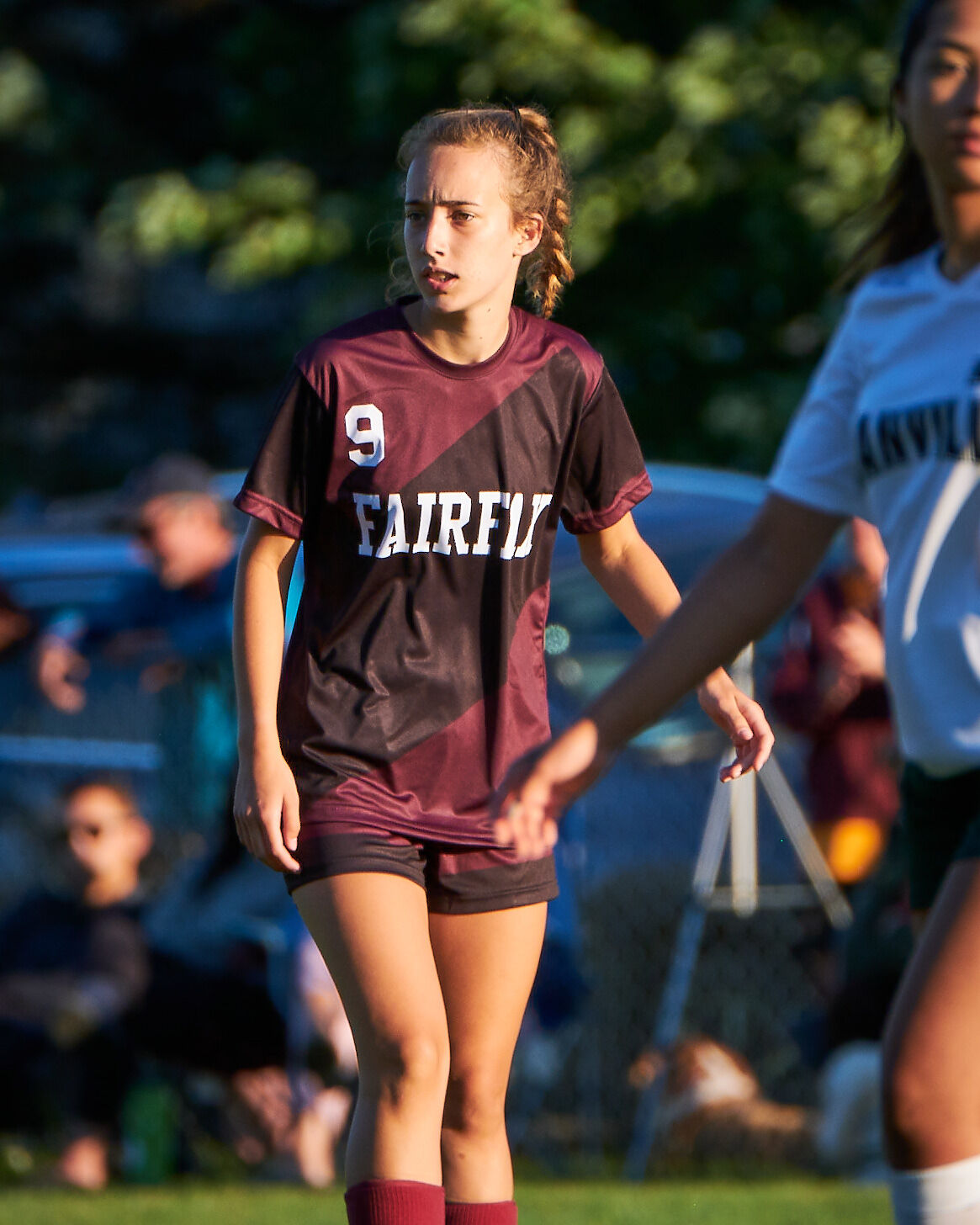 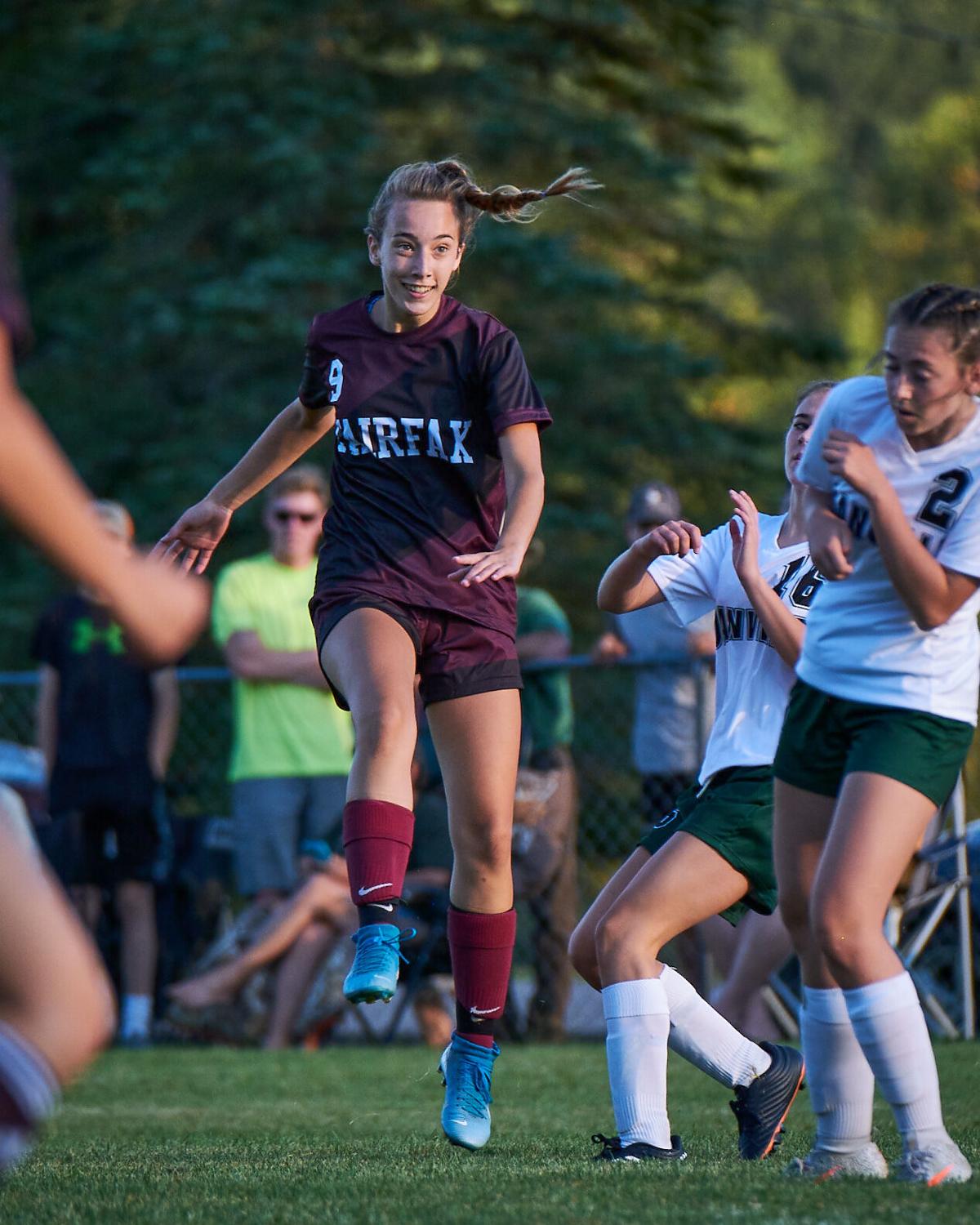 Fairfax- The Bullets are officially on a win streak, rolling into a third straight win with a 4-0 victory over Danville on Monday afternoon.

Molly Wimette got the ball rolling for Fairfax with a quick strike just four minutes into the game; a goal that proved to be the eventual game winner.

“I don’t really remember how it happened; It might have been on the corner? It is always exciting to score. I never expect it; but it always seems to work out,” said Wimette.

Bullets’ Coach Jojo Lynch noted Wimette as one the most consistent players she’s ever coached, saying.

“I consider Molly as my sleeper player. No one really focuses on her in the game, but she comes out of nowhere with these phenomenal crosses, makes great plays, and she can score. Every day she shows up, works her butt off, and you just know what you’re going to get,” saod Lynch.

Coach Lynch also expressed Wimette’s positive attitude on and off the field, evident by her propensity to smile during games. Something which Wimette described as simply a love for the sport.

After the first goal went in, it was off to the races for Fairfax. Freshman Ava Ardovino scored the Bullets second of the game under a minute later on a clean break-away, then added two more tallies to the Bullets’ side of the scoresheet over the course of the game; adding up for her first varsity hat-trick.

Wimette reflected on the strength of the team bond this season.

“We’re really working together, and we have a lot of seniors who have been playing together for three to four years. We just have a bond. Our three freshmen have fit in really well with that and have been a great addition to the team.” said Wimette.

The Bullets’ defense also shined on Monday afternoon, creating turnovers, and making purposeful passes upfield to keep the ball in Danville’s end of the field.

“The thing I love about my defense is that the four of them have been playing together for three years now. We’ve developed a system back there and it works very well,” said Lynch. “Not to come across as arrogant but I really think we have one of the strongest teams defensively in the division.”

Check out these photos of the BFA Fairfax Bullets girls game against Danville on Monday afternoon, and take a look at the article to find out …