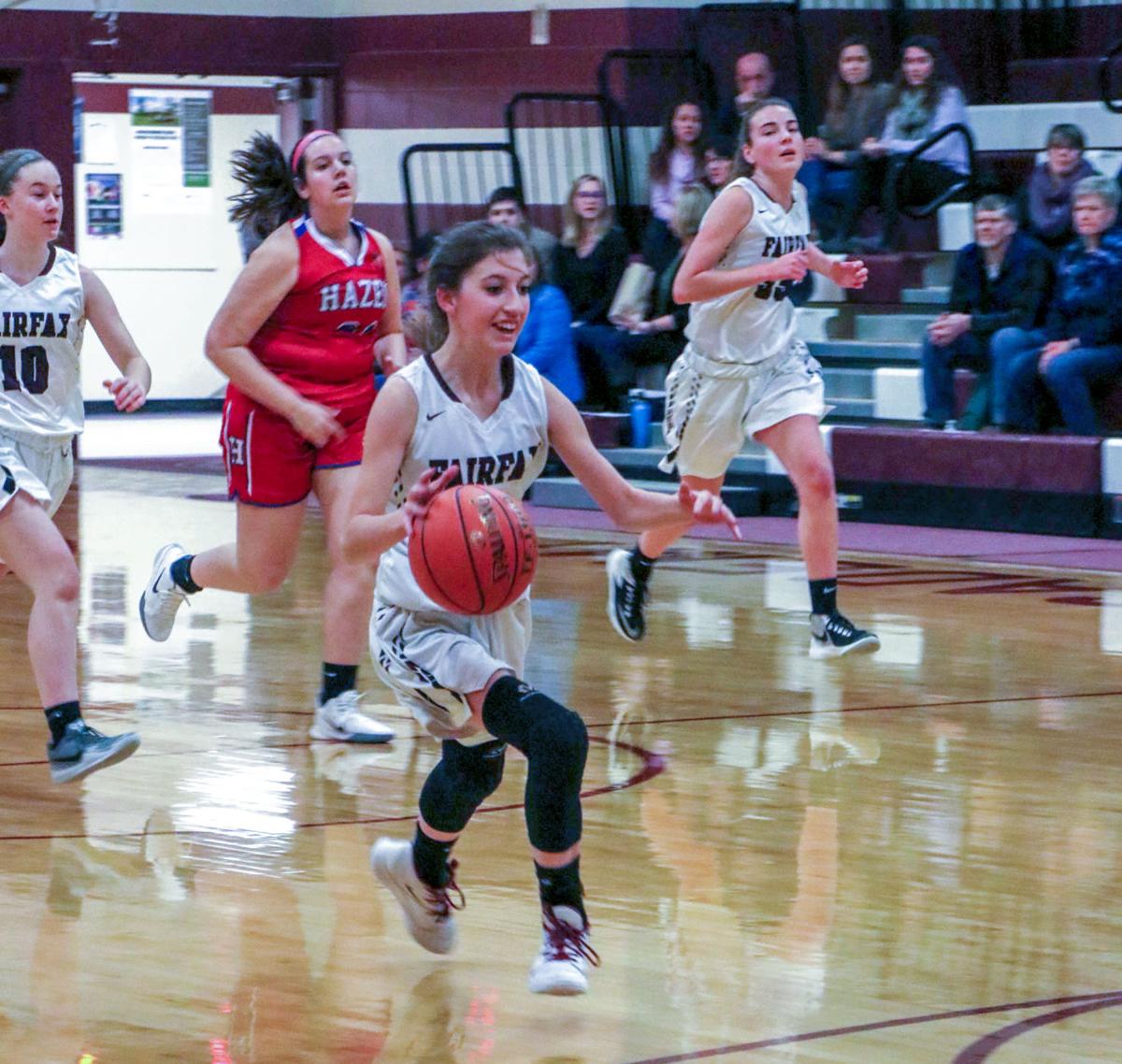 Paige Superneau of Farirax pushes the ball up the court during a fast break on Tuesday night. 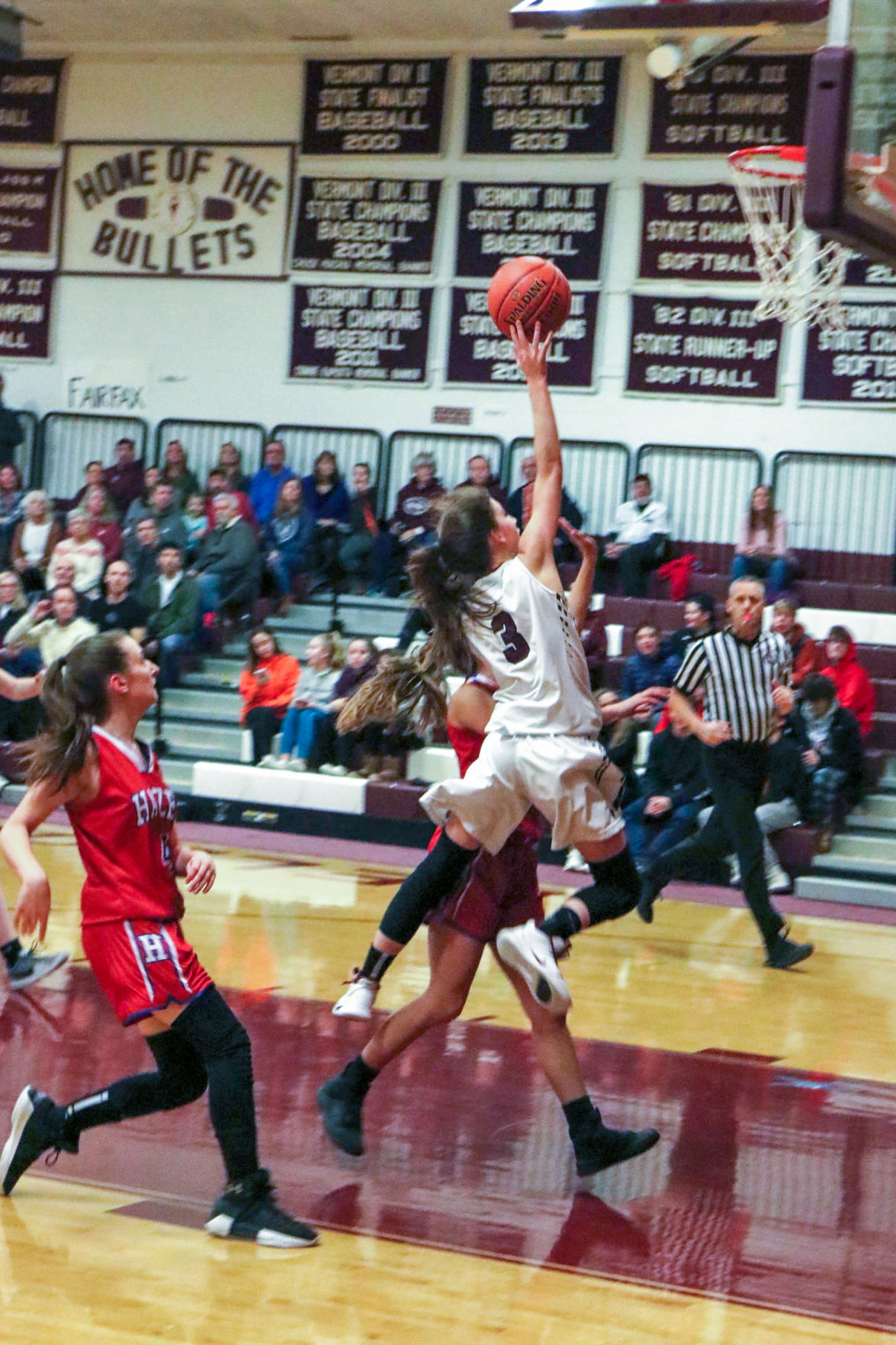 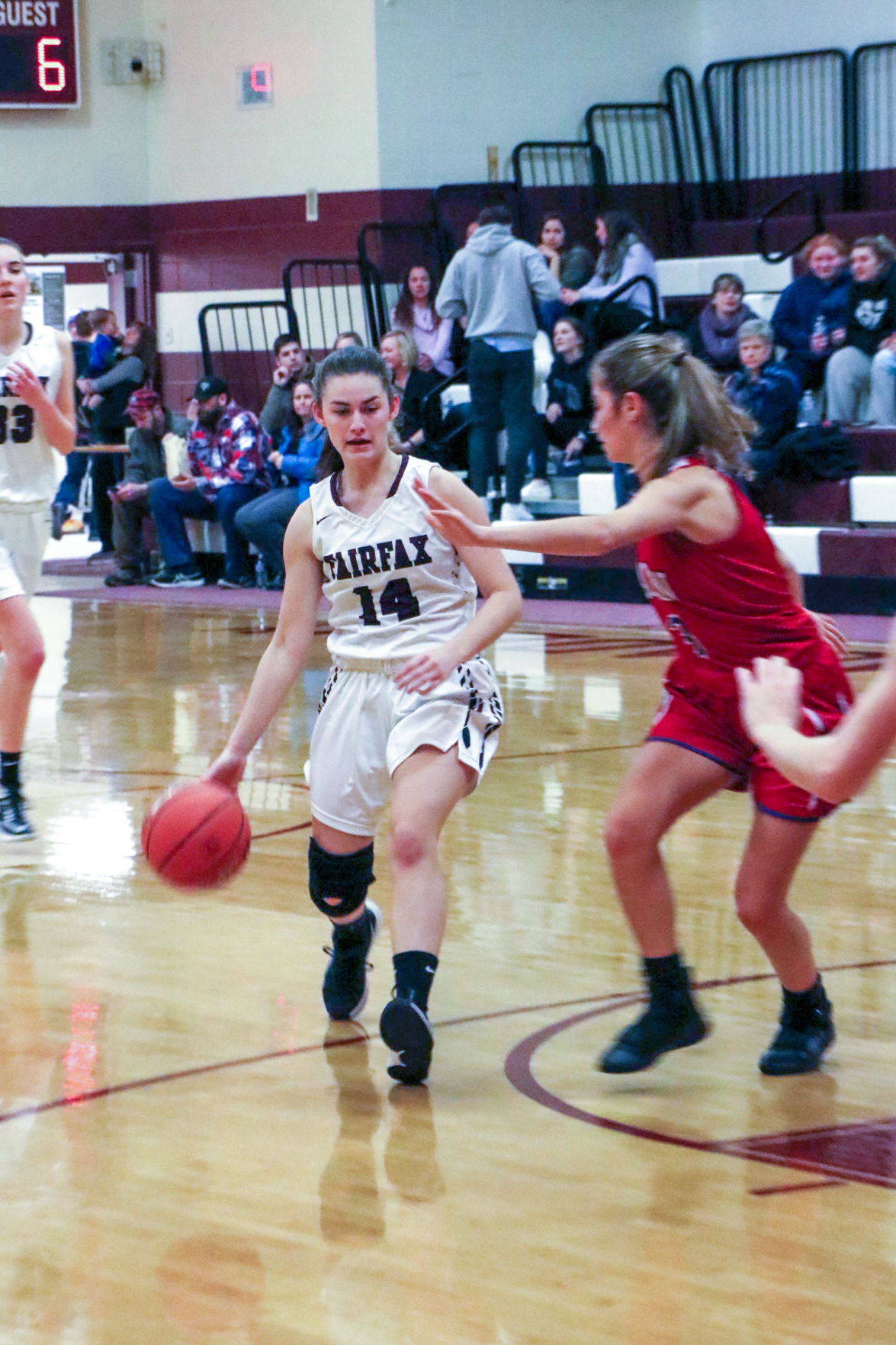 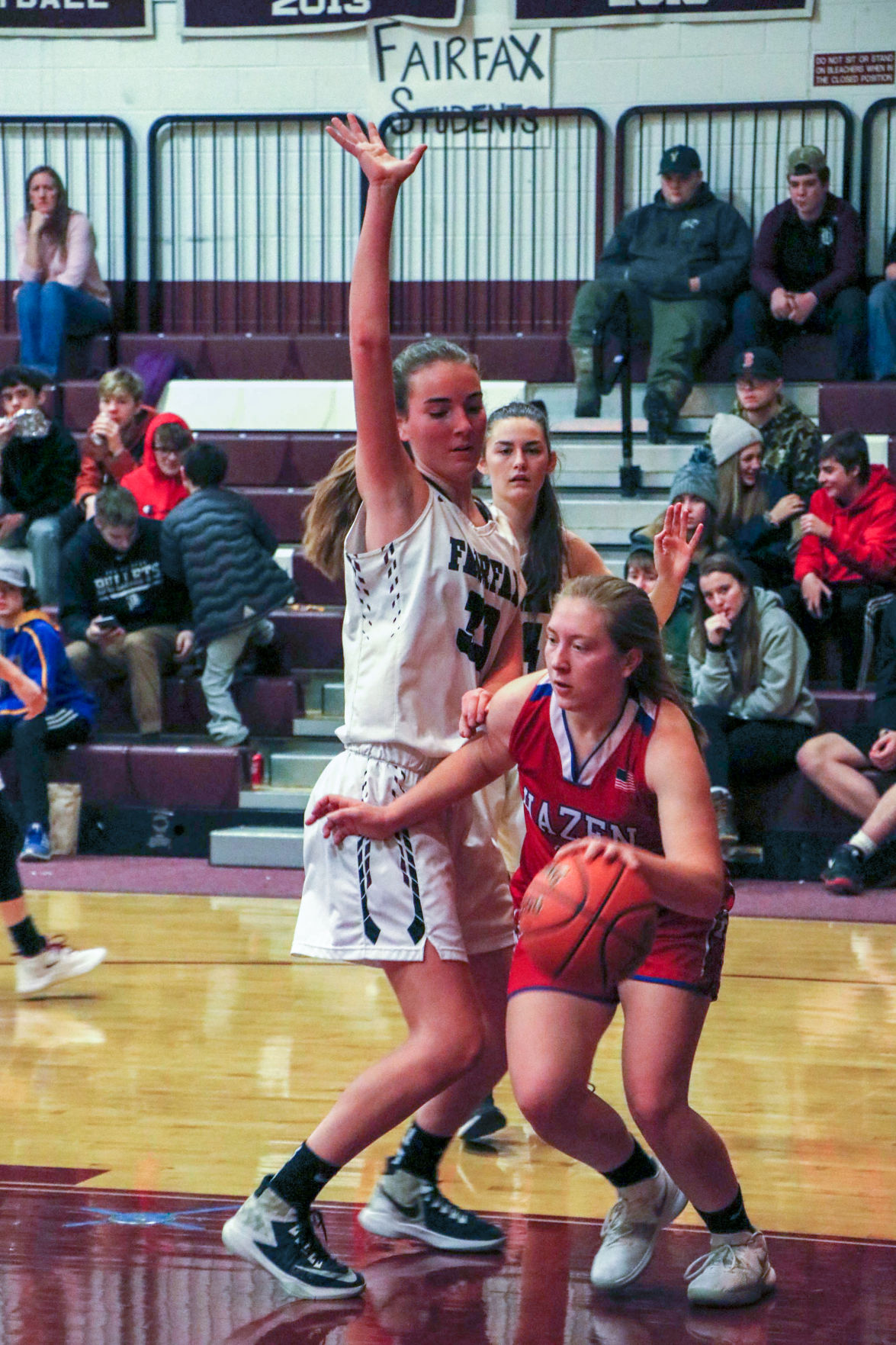 Paige Superneau of Farirax pushes the ball up the court during a fast break on Tuesday night.

FAIRFAX — The Bullets of BFA Fairfax pulled out a squeaker of a win against the Hazen Union Wildcats on Tuesday evening, 38-37.

The game started off with the Bullets in control, setting the pace with steals off their press and four quick points by Hazel Albee. Paige Superneau, Courtney Burnor, and Jaycee Douglas all got in on the scoring action as well as Fairfax jumped out to a six point lead by the end of the first.

By the end of the second the Bullets had doubled that lead. The Wildcats dropped a quick jumper to start, but Douglas quickly answered with a three, and followed that up with a layup off a steal.

Fairfax continued to look hungry. Albee blocked a shot before hitting a baseline jumper at the other end, and although Hazen swished a three, the Bullets still led 25-13 at the half.

That story changed with the fresh clock. The Wildcats came out of the locker room true to their name and allowed the Bullets only two points in the third quarter during which Hazen itself posted 11.

While both teams were plagued in that quarter with turnovers and passes thrown out of bounds, Hazen was able to settle down and grab most of the offensive and defensive rebounds while Fairfax struggled. The Wildcats pulled within three, 27-24.

Bullet coach Lee Tourville observed, “We’ve been coming out flat to start sometimes, and then have lots of intensity in the second half. This time we had a lot of intensity in the first half and lost it. I am really happy with how the girls hung in there.”

“We got really dead in the third, but when we saw how close they were getting, we were able to pick back up the intensity like we had in the first half.”

Part of that fourth quarter intensity came in the form of six points by Douglas and three by Superneau as the Bullets fought to reestablish control, often trading basket for basket with Hazen.

With a minute left in the game, Bullet Faith Benjamin nabbed a key steal. Fairfax slowed down and ran the clock and the Wildcats were forced to foul.

Douglas hit the front end of a one and one and followed that up with another trip to the line on the next play, making both.

Fairfax then led by four with 12 seconds remaining. Hazen hit a long three with just two seconds left and cut the Bullets’ lead to one, but time ran out.

“It came down to knocking down some key free throws at the end, and Jaycee stepped up,” said Tourville. “We put a lot of time into foul shooting in practice and it was nice to see that doing us some good tonight.”

Tourville pointed out that his team’s practice ended last night with Douglas hitting a free throw that saved the team from running sprints.

Douglas rightfully seemed pleased to have come through for her team in the clutch.

“At the end [of the game], going to the line and knowing they had caught back up and I was in control, I knew I had to hit those shots.”

She did, giving her teammates cause for celebration for the second night in a row.

“Hats off to Hazen though,” Tourville added. “They didn’t give up. They really stepped up their intensity up in the second half and we struggled to match it. We’re a young team and we’re learning, and I’m happy to come away with the win.”

Douglas led all scorers with 15 points on the night, while Albee had 10 and Burnor added six. Fairfax plays at Winooski Thursday evening.