Starting at
$5.00 for 30 days
Get Started
View all rates
You are the owner of this article.
Edit Article Add New Article
Subscribe | Sign In
Home
News
Sports
Classifieds
Obituaries
Editorial
Business Directory
Things to Do
About Us
e-Edition
NEWSLETTERS
1 of 15 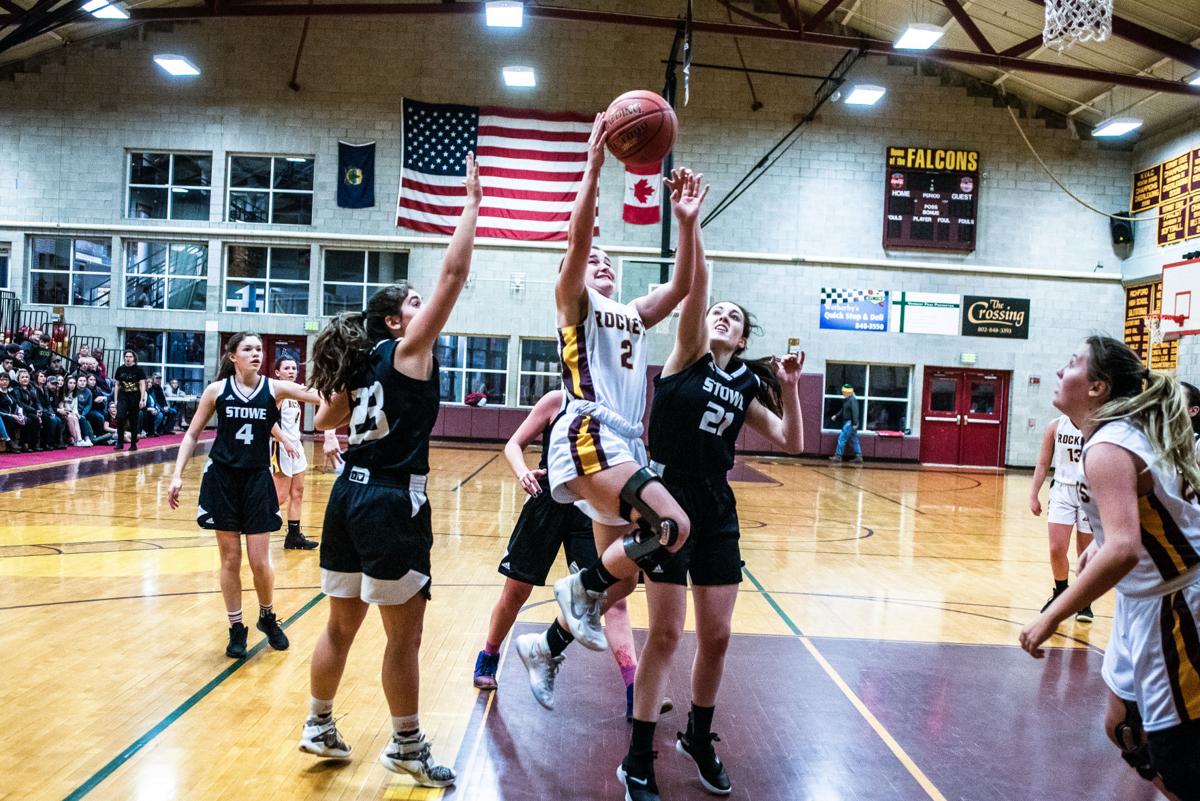 Richford’s Jordin Jacobs drives the lane for a fist half layup. 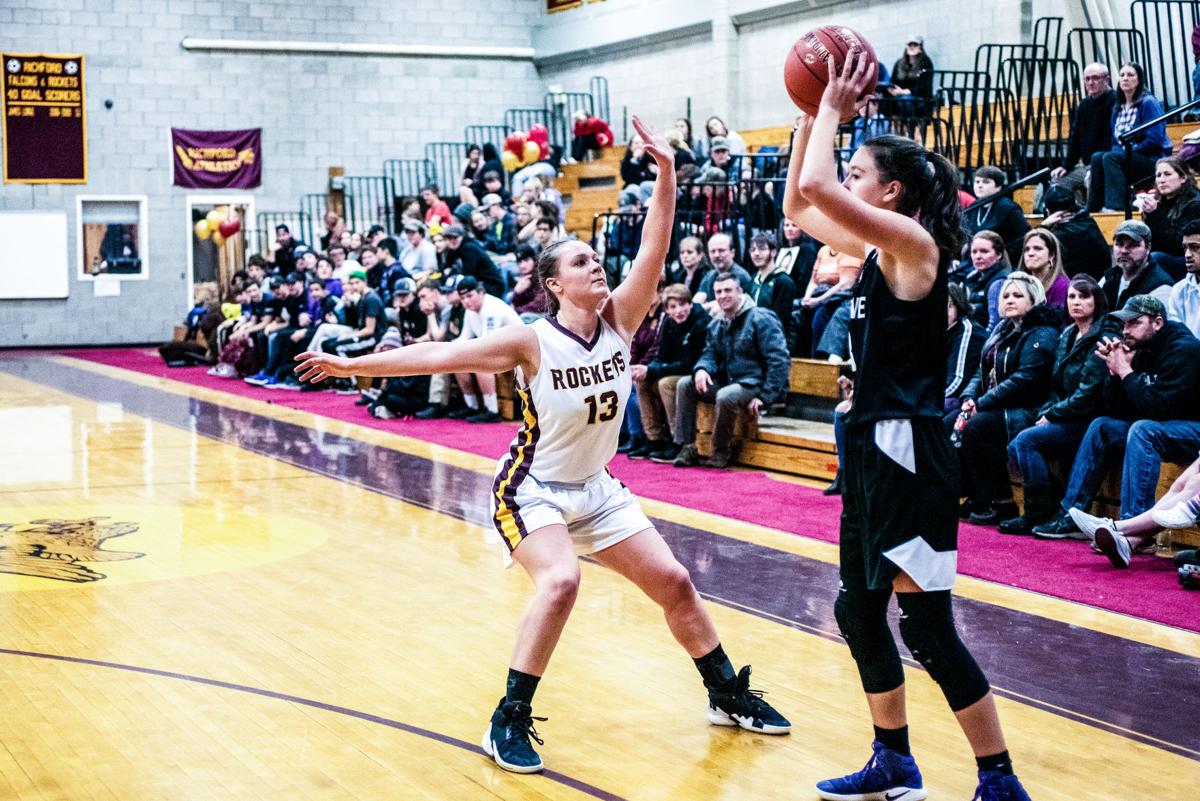 Richford's Austin Archambault works the full-court press during the second half of Thursday's game. 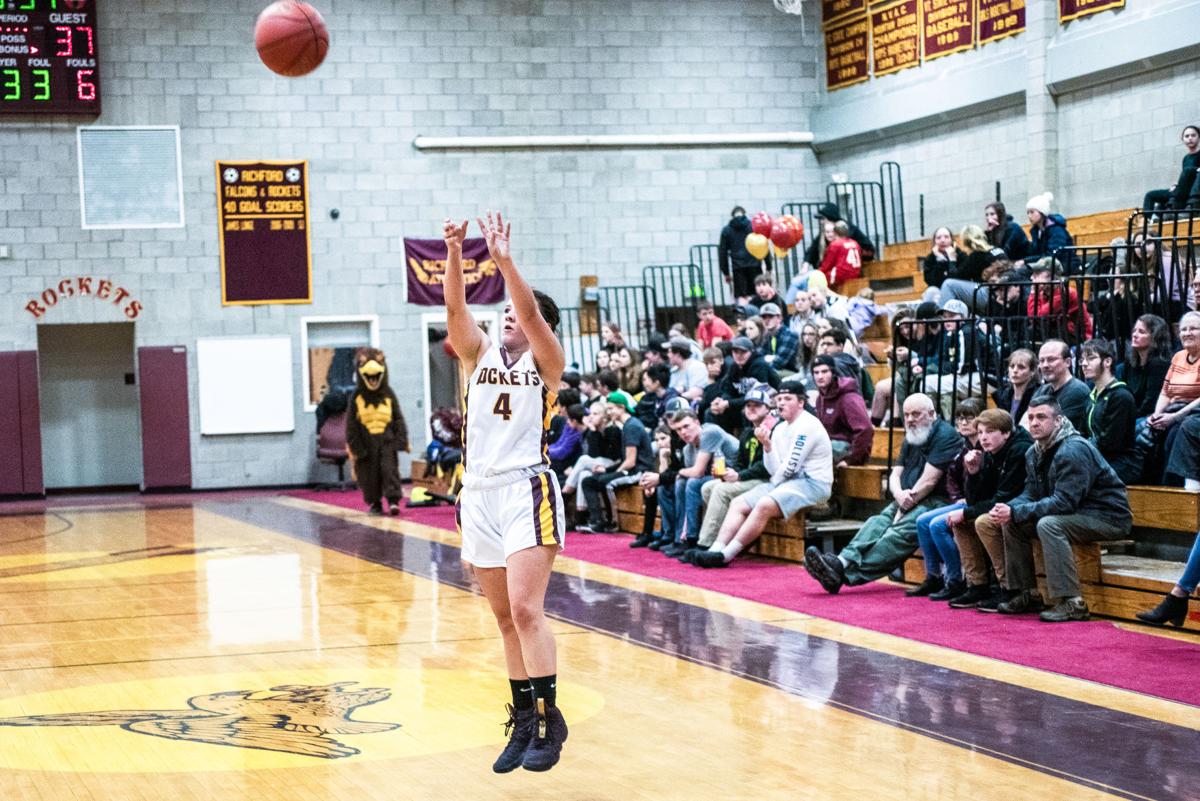 Richford's Elizabeth Snider launches one of the five 3-pointers she hit in Thursday's senior night victory. 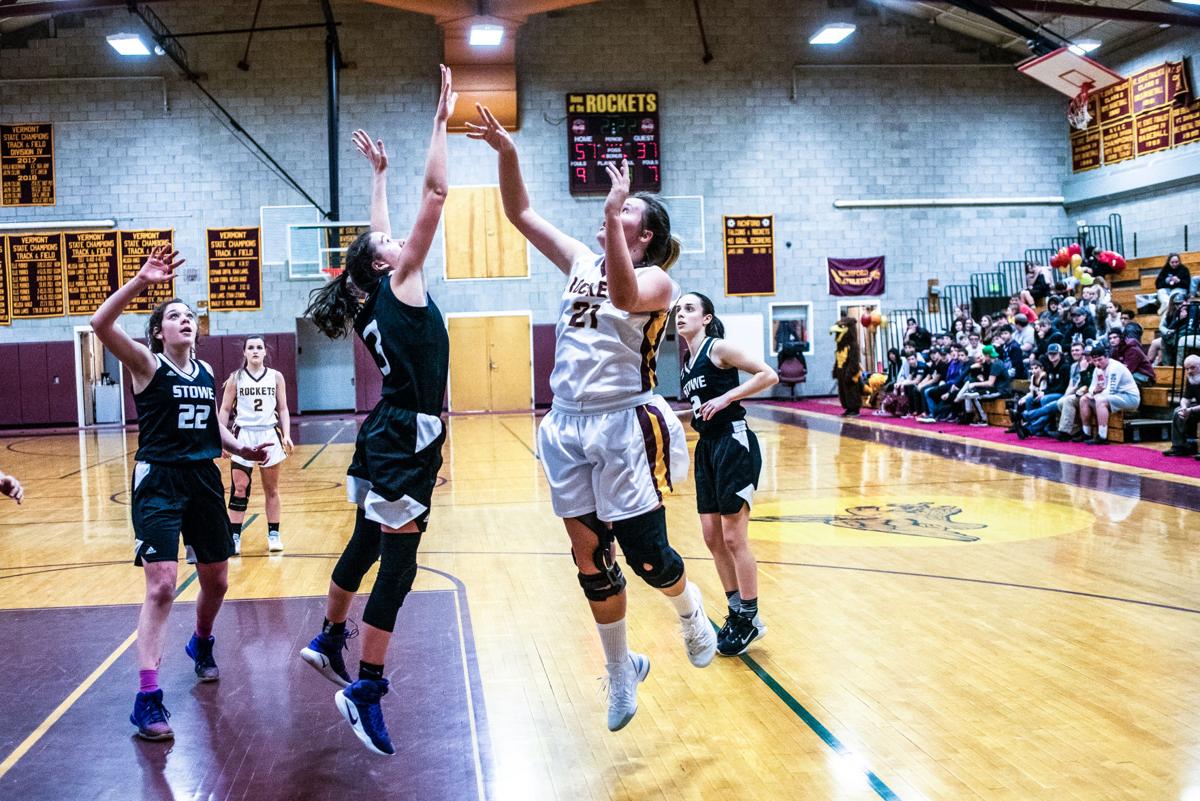 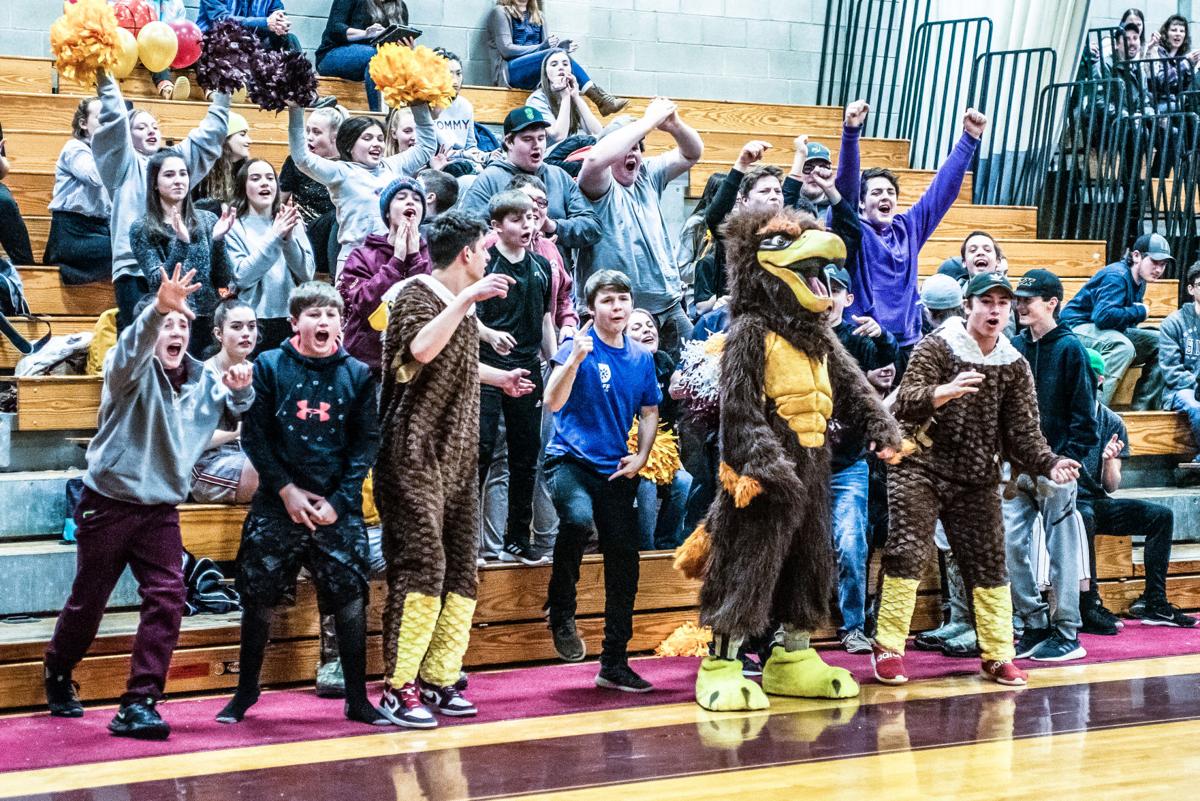 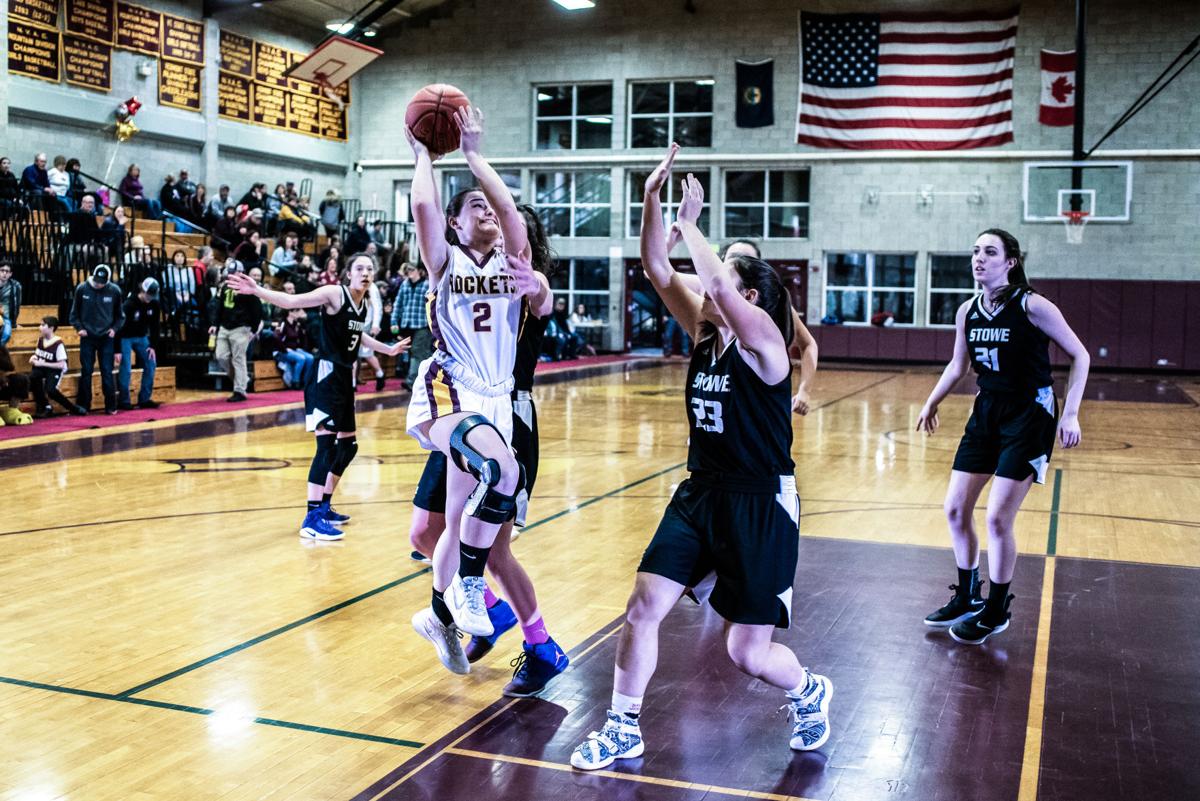 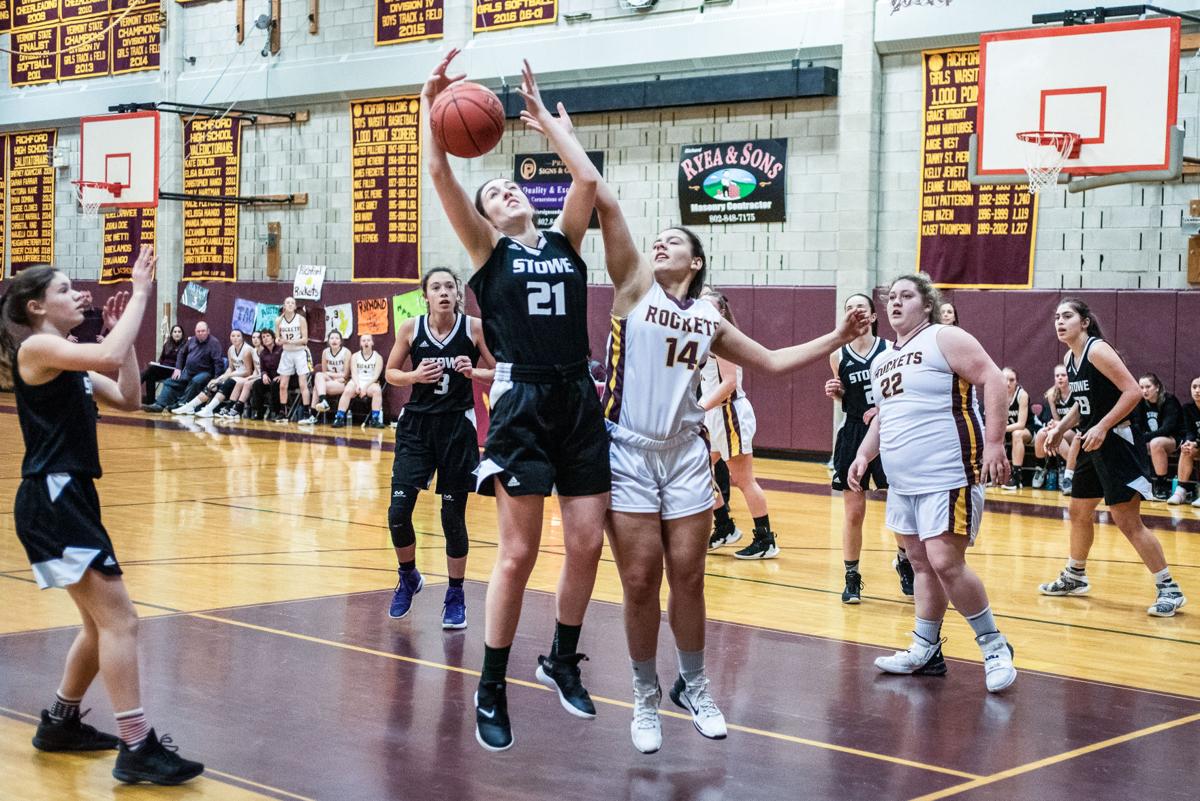 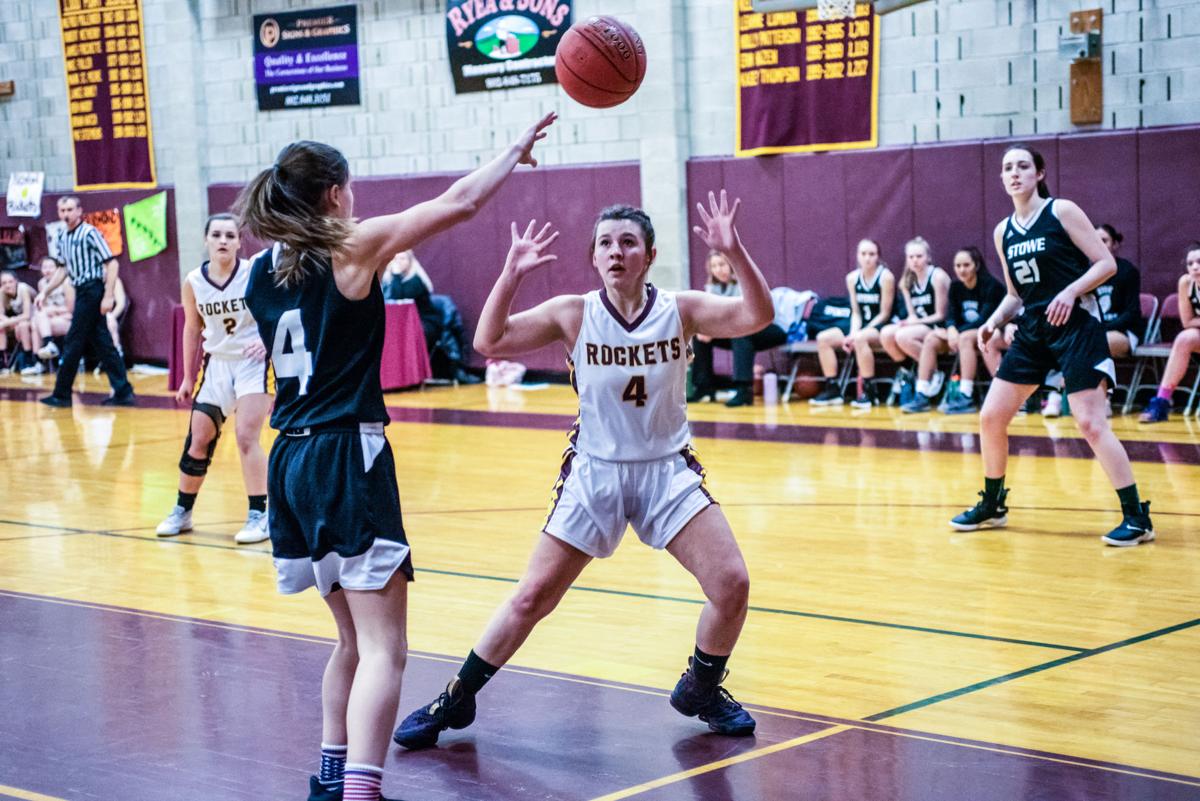 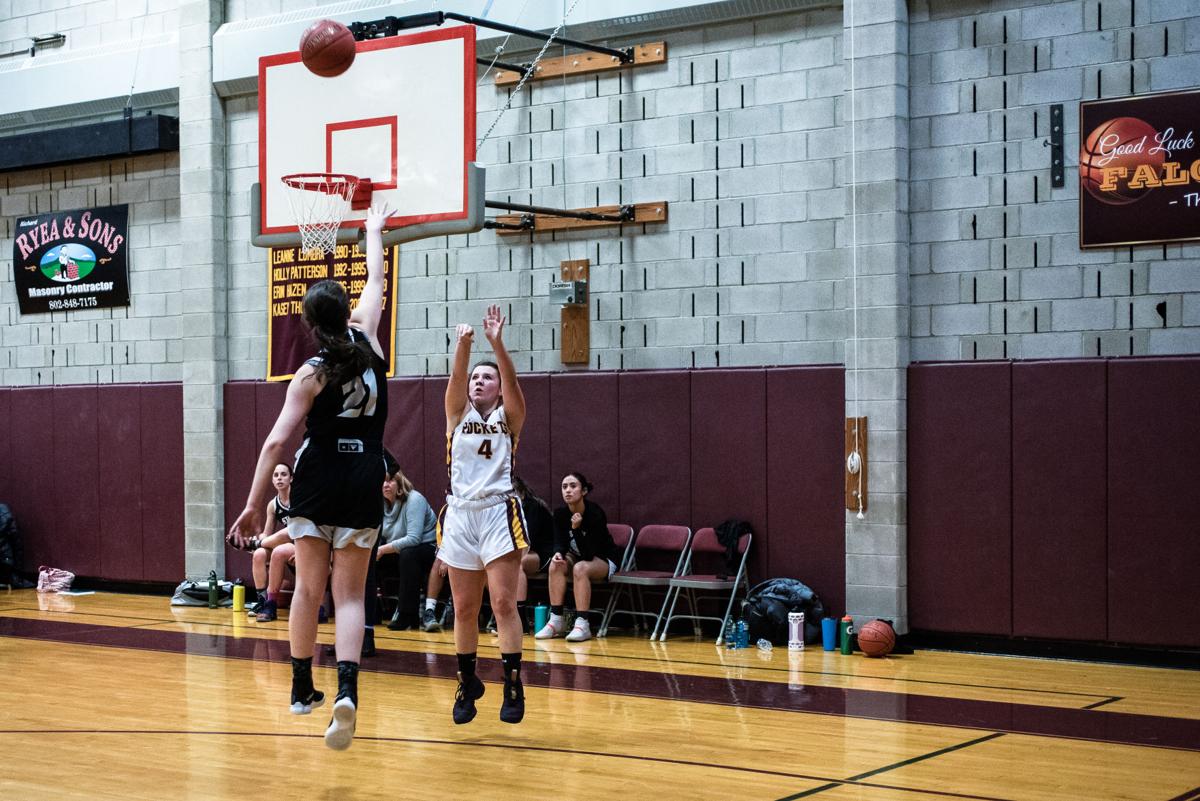 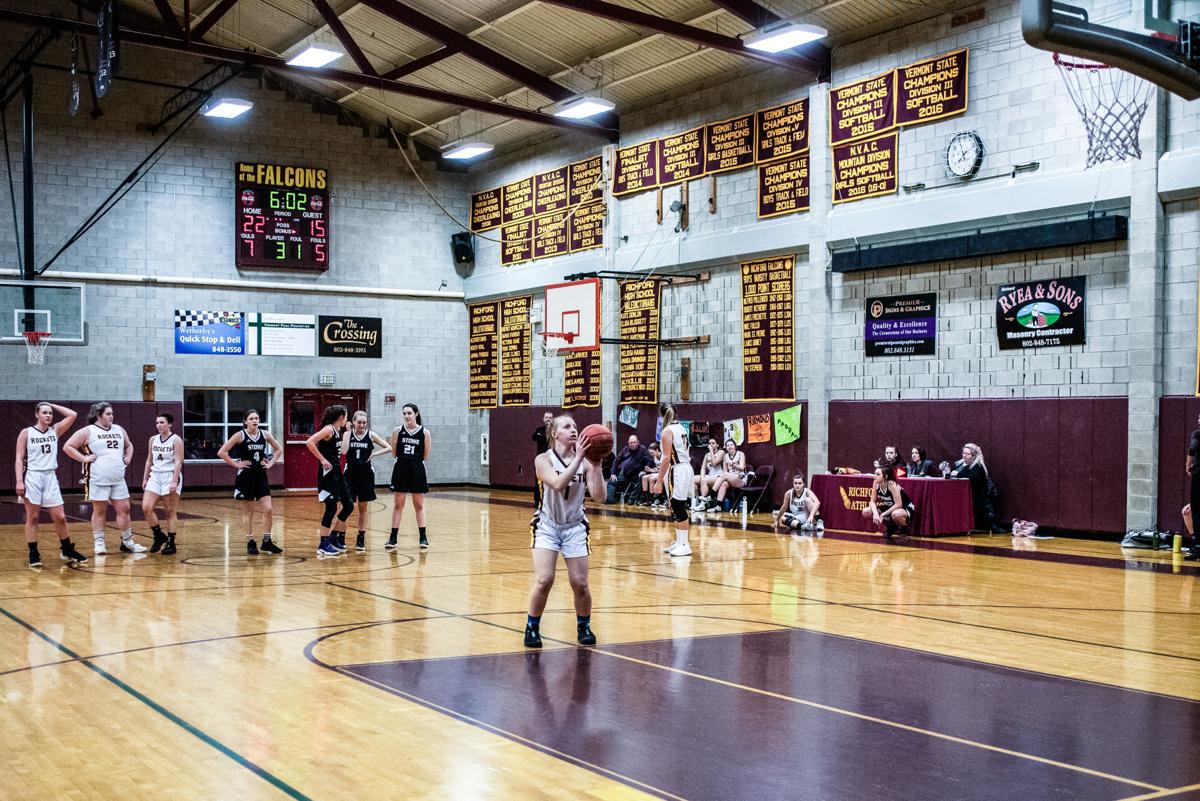 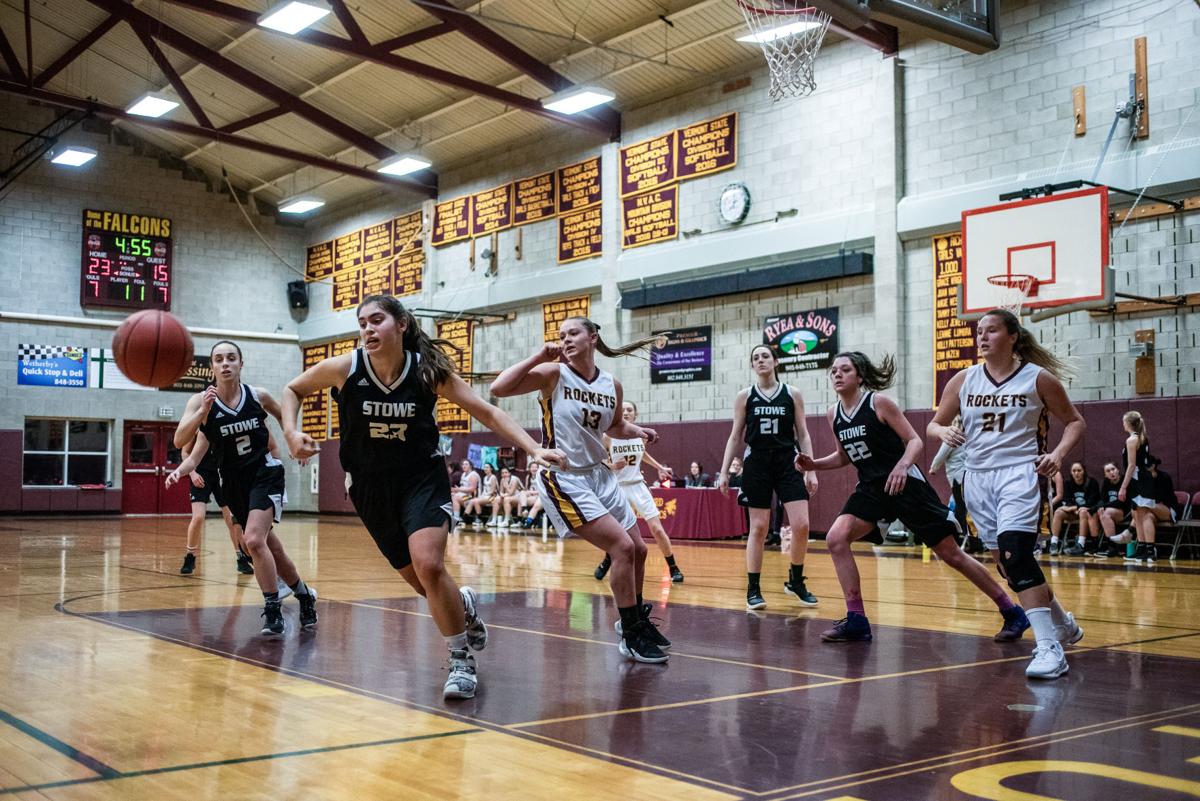 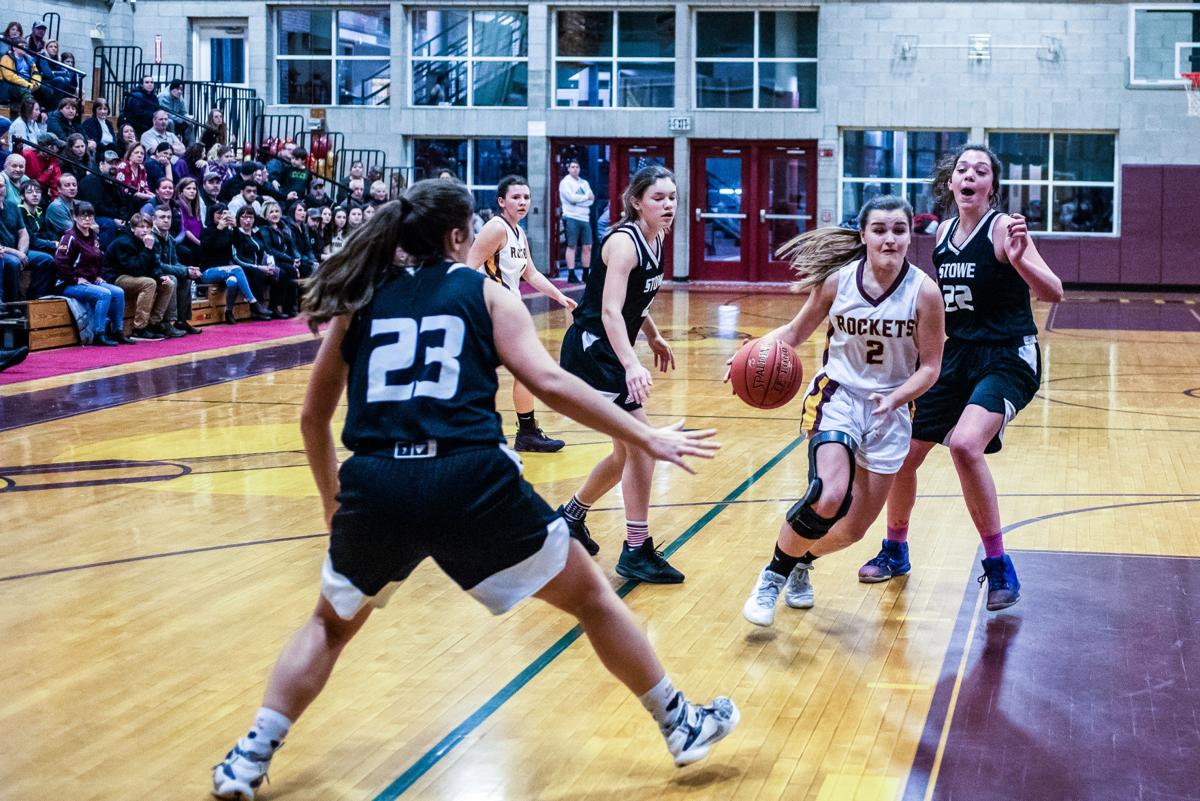 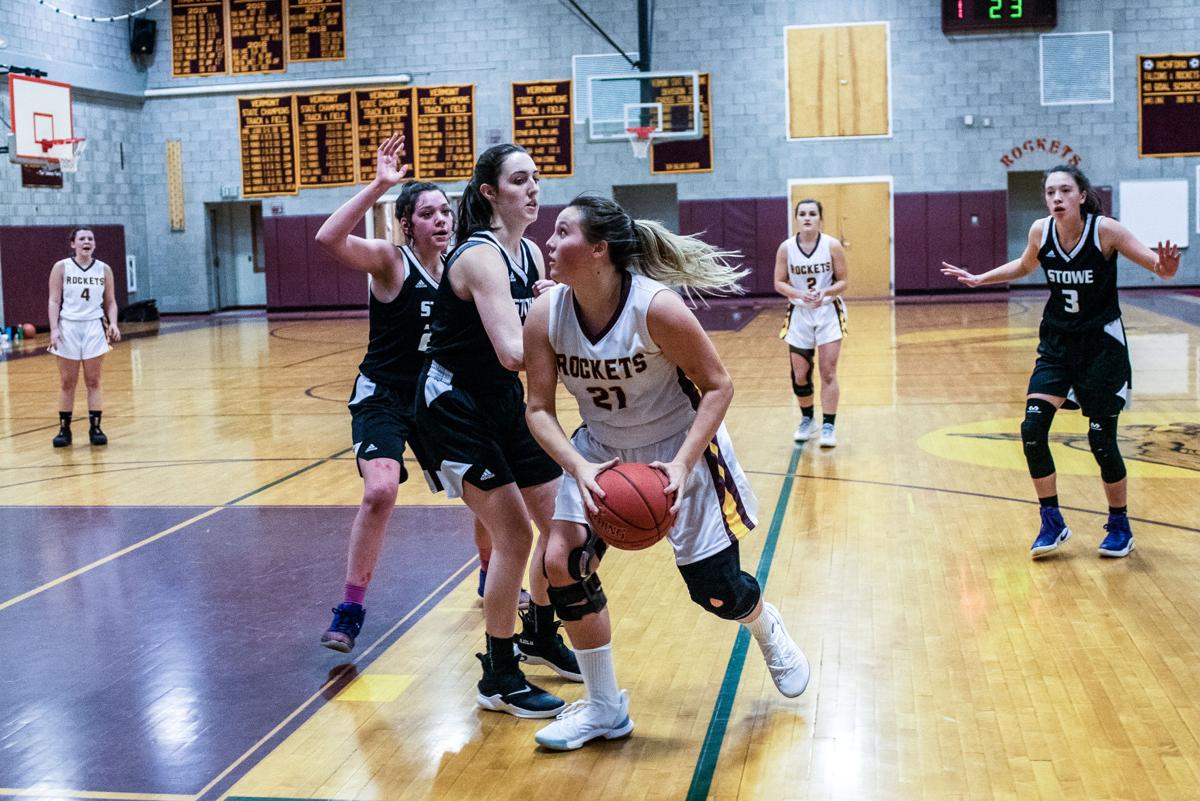 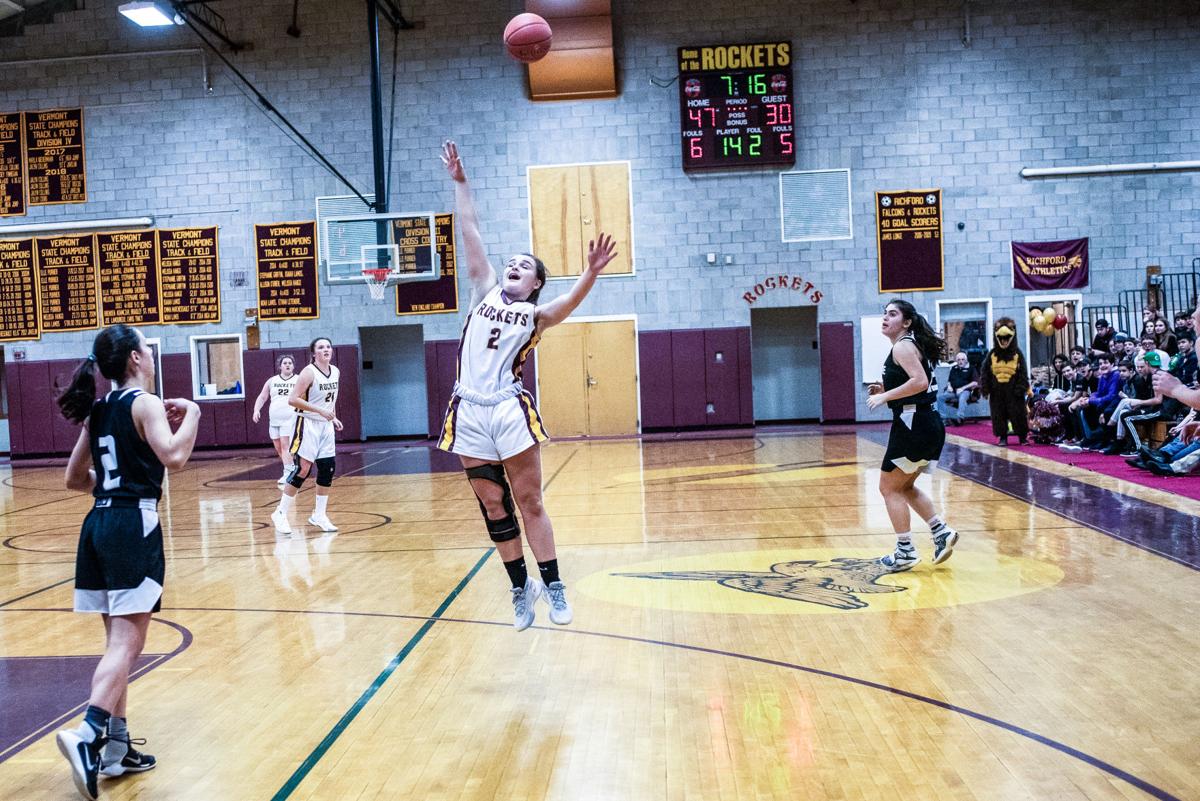 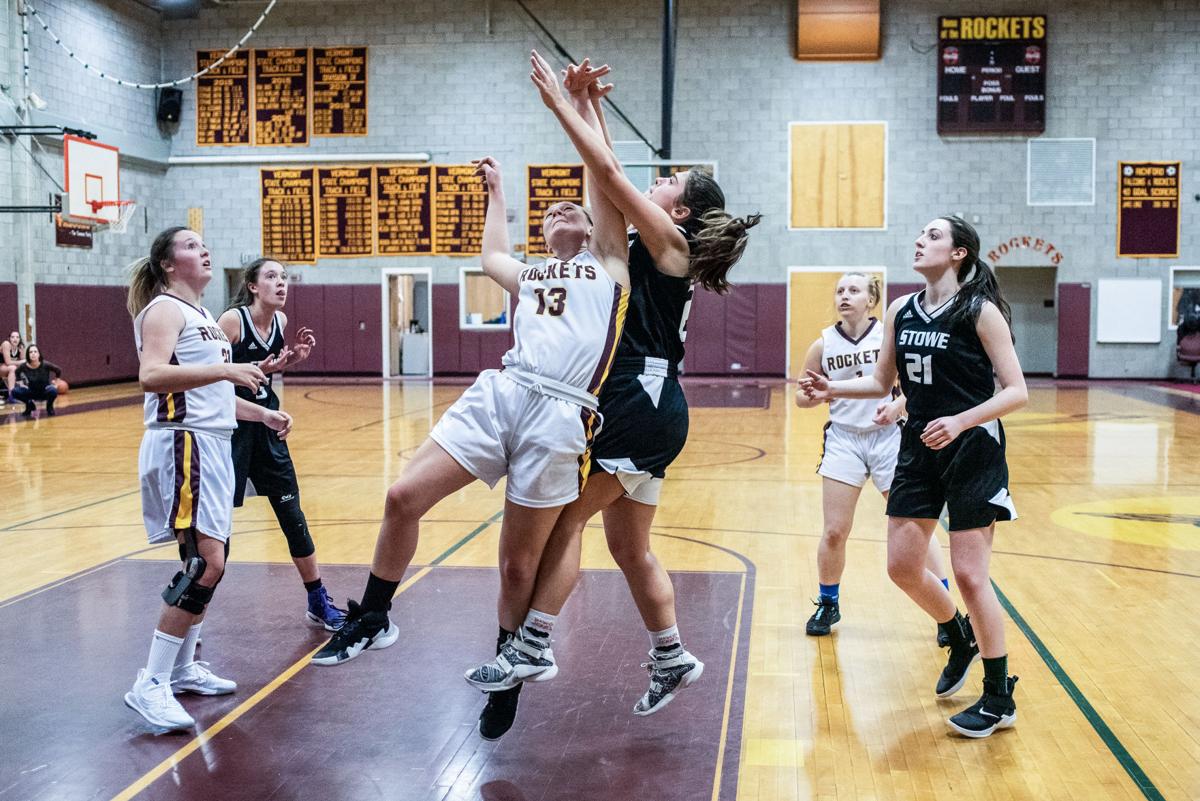 Richford’s Jordin Jacobs drives the lane for a fist half layup.

Richford's Austin Archambault works the full-court press during the second half of Thursday's game.

Richford's Elizabeth Snider launches one of the five 3-pointers she hit in Thursday's senior night victory.

RICHFORD — On Thursday evening, Jordin Jacobs, Elizabeth Snider, Austin Archambault, and Kamryn Boyce were all recognized for their four years of contributions to the Rockets varsity basketball team.

“It’s been really fun working with this group of girls,” said Austin Archambault. “That’s one of the reasons I chose to attend high school in Richford.”

“I’ve played with Jordin and Liz since kindergarten and Austin since my freshman year. We work together well,” said Boyce.

“We have a very good team bond,” said Jacobs, “and we bust our butts in practice, and it pays off!”

“We have great sportsmanship on this team. Everyone is encouraging,” said Snider. “And we have so much support from our coach in everything we do.”

The seniors all want a home playoff game and a good playoff run.

“This is the best record we’ve had in the last four years,” said Archambault. “It’s really exciting to go out like this for our senior year.”

The Rockets hosted the Stowe Raiders for their senior night contest, earning a commanding 65-46 point win over the visiting team.

The Rockets jumped to an 8-0 lead early in the first, kicked off by a Madison Johnson who put the first points on the board for Richford.

Stowe scored their first points on the free-throw line midway through the first, but Snider quelled any hopes for a Raider comeback, draining three 3-pointers and extending the Rockets lead 19-9.

Snider got the Rocket offense going in the second quarter, sinking another three within the first minute, but it was Boyce who caught fire, netting nine points for the team. The Rockets left the first half with a 32-20 point lead.

Stowe tallied nine of their 20 first-half points on free throws in the first half, shooting almost perfectly from the line.

Richford rolled ahead in the third, Boyce continuing her steady offensive onslaught. Jacobs also chipped in her share for the Rockets, netting four of the team’s 15, third-quarter points. The Rockets left the third with a 47-30 point lead.

In the fourth, Richford crested 50, increasing the deficit between the teams to 20 points. Boyce added 10 of the 18 points scored in the fourth, her teammates working to get her the ball for baskets in the paint.

“The last couple of games they’ve been electrifying,” said Richford coach Tim Lagasse. “They’re very energetic, and they’ve been working on hustling after loose balls and looking for that one extra pass.

“We try to base our offense on that one extra pass. It makes a difference.”

Richford will travel to Fairfax on Monday to take on the Bullets in their annual Pink Game.