Starting at
$5.00 for 30 days
Get Started
View all rates
You are the owner of this article.
Edit Article Add New Article
Subscribe | Sign In
Home
News
Sports
Classifieds
Obituaries
Editorial
Business Directory
Things to Do
About Us
e-Edition
NEWSLETTERS
1 of 14 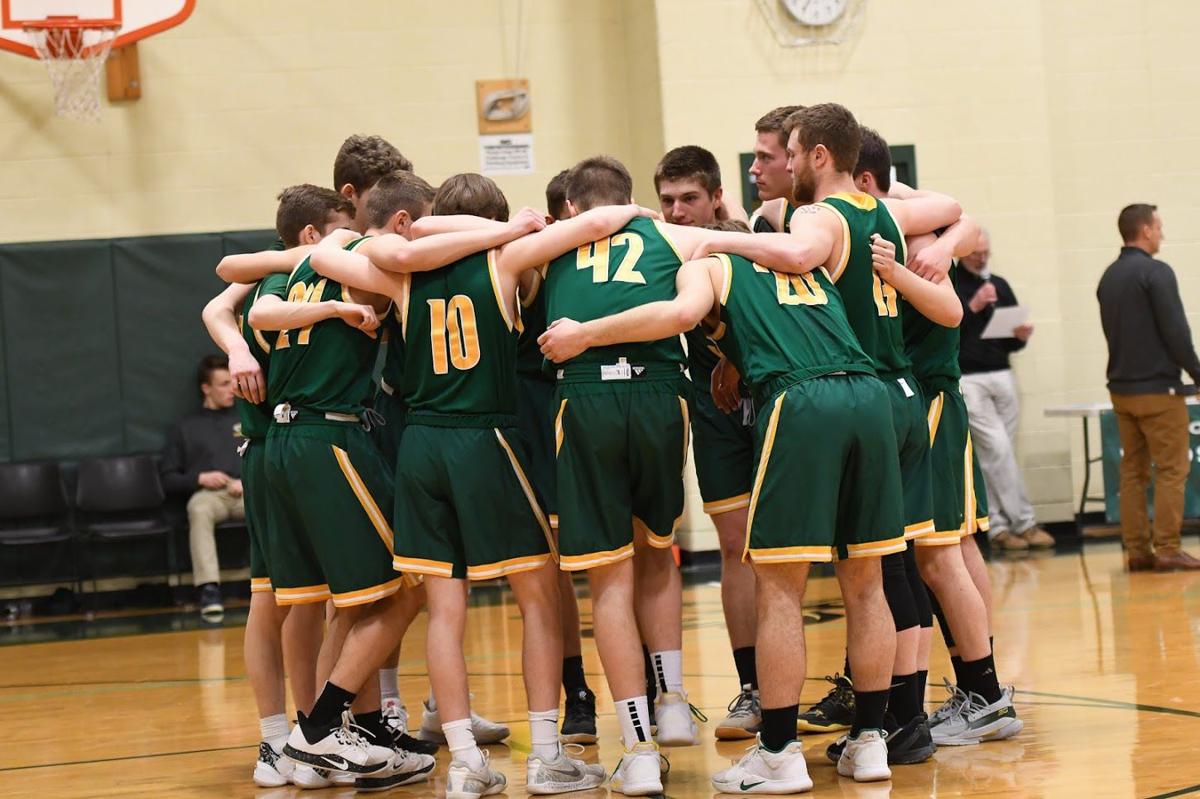 The Bobwhites huddle before Saturday’s game in Enosburg. 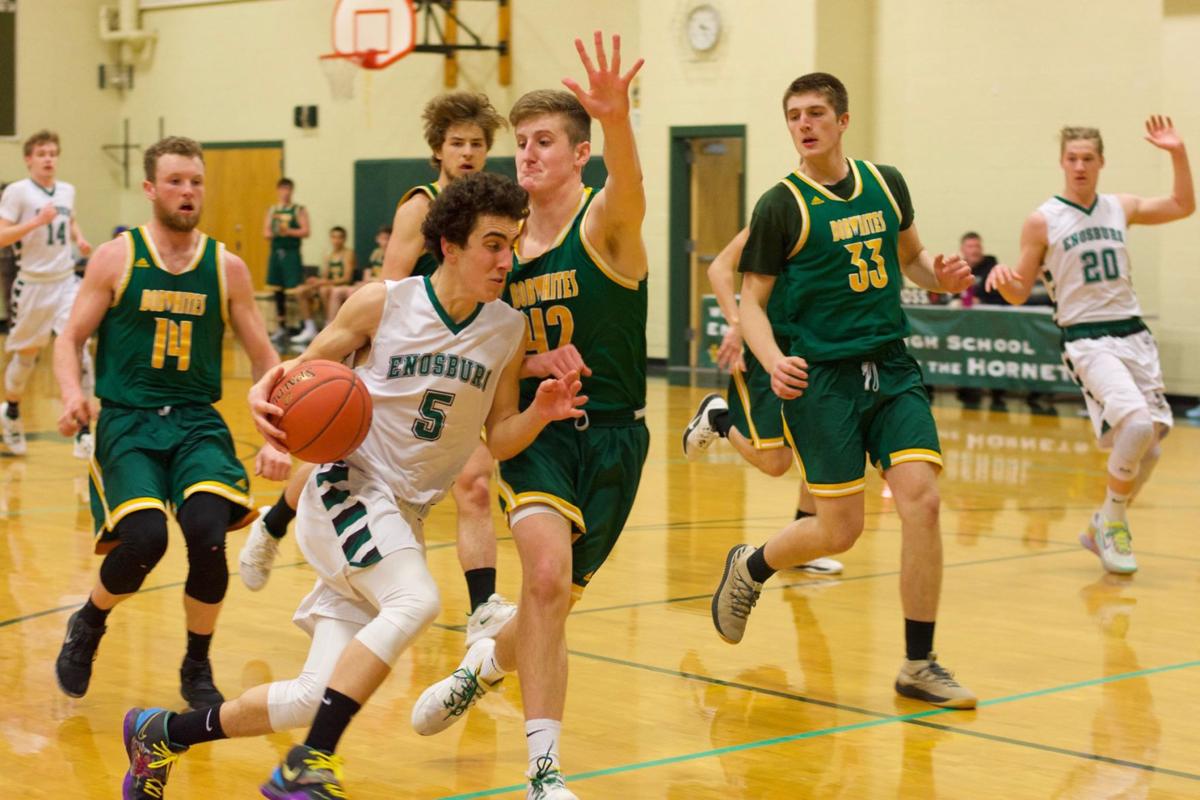 Enosburg’s Owen McKinstry drives to the hoop during the game on Saturday afternoon. 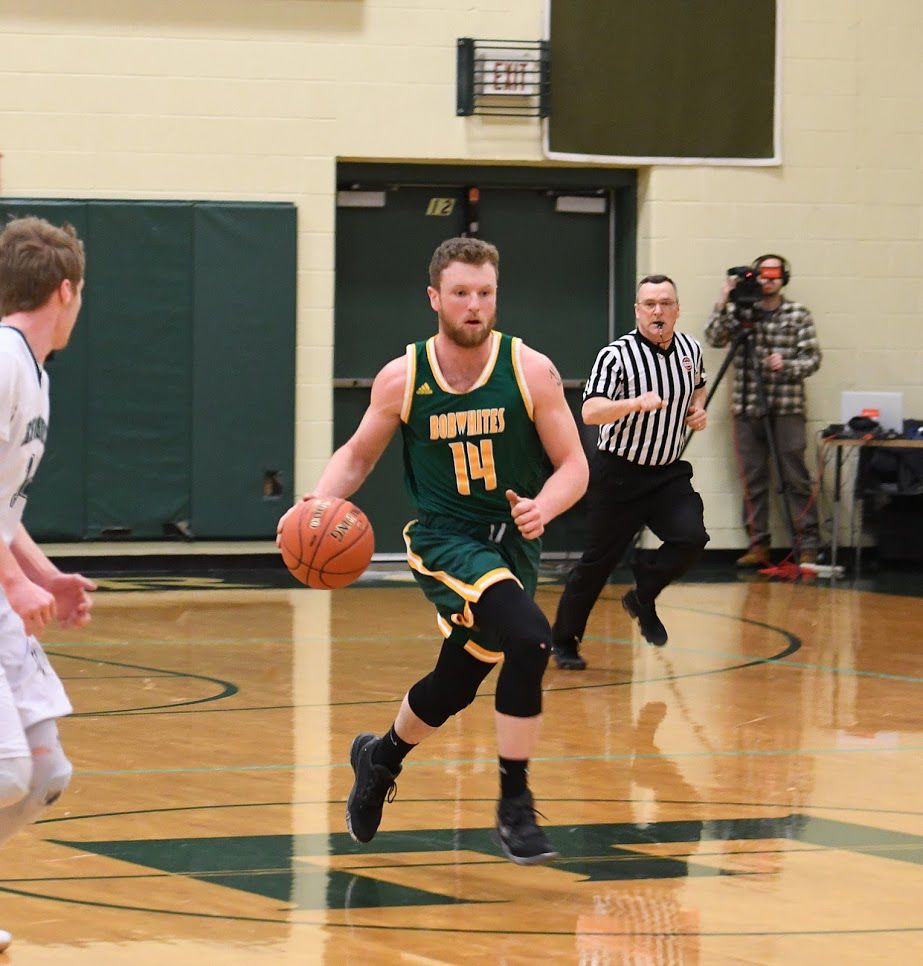 BFA’s Kam Dunsmore brings the ball over half court during the first half. 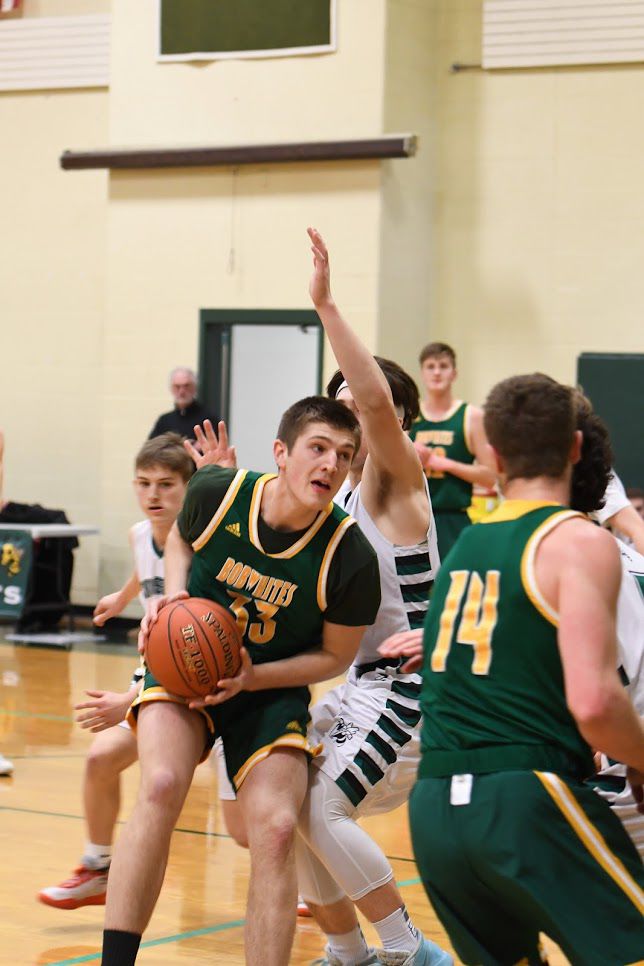 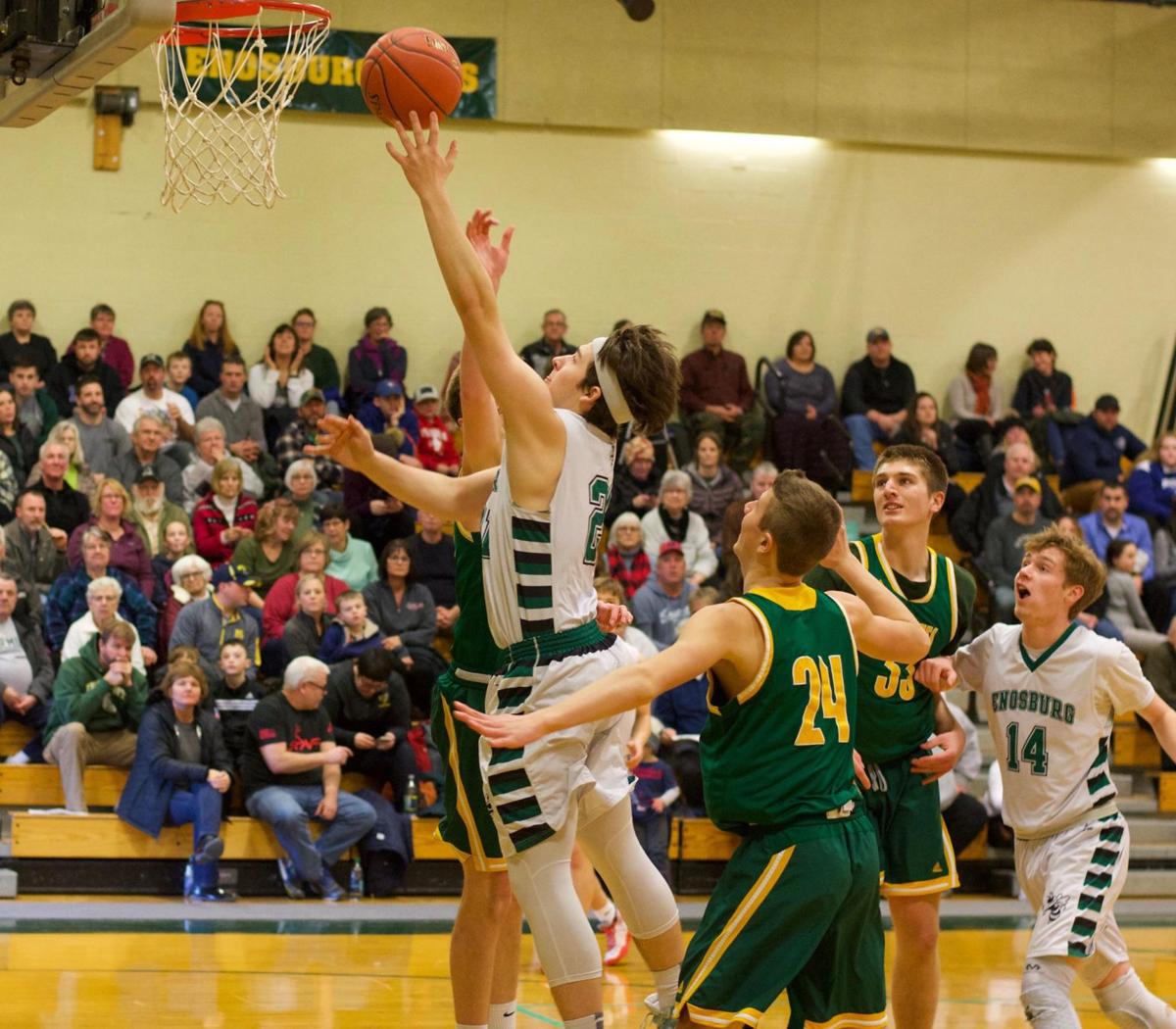 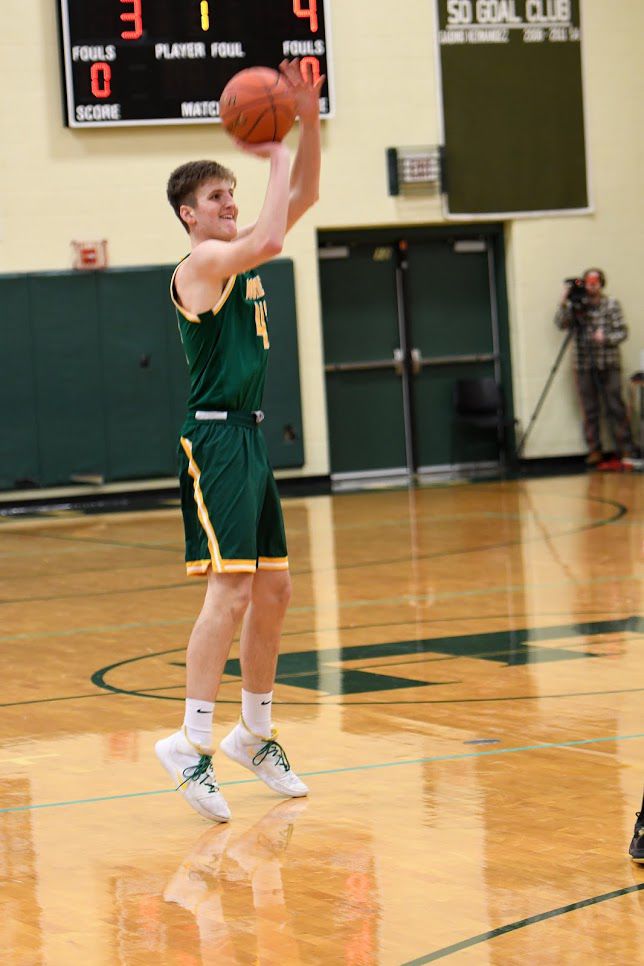 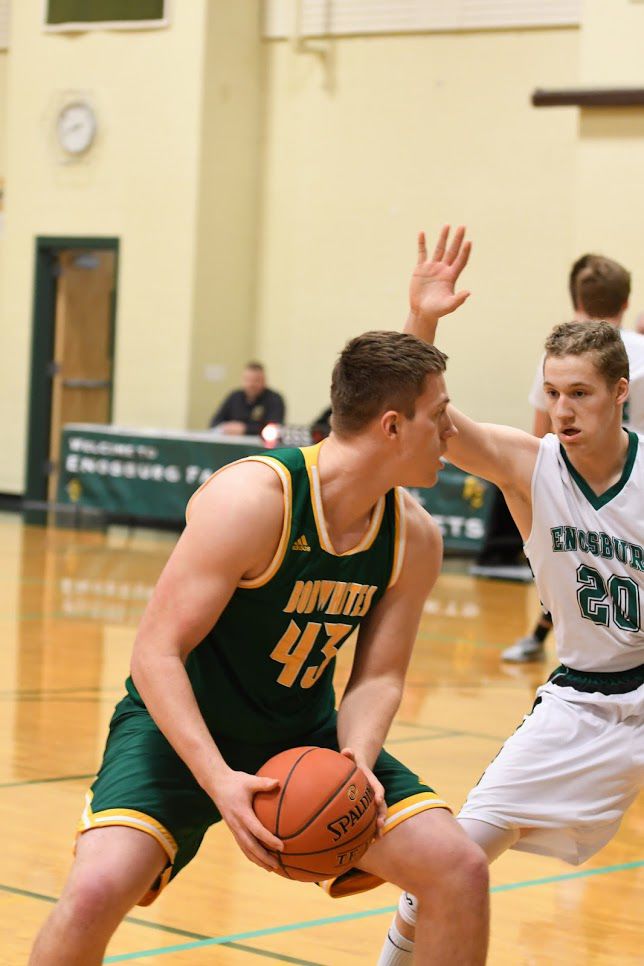 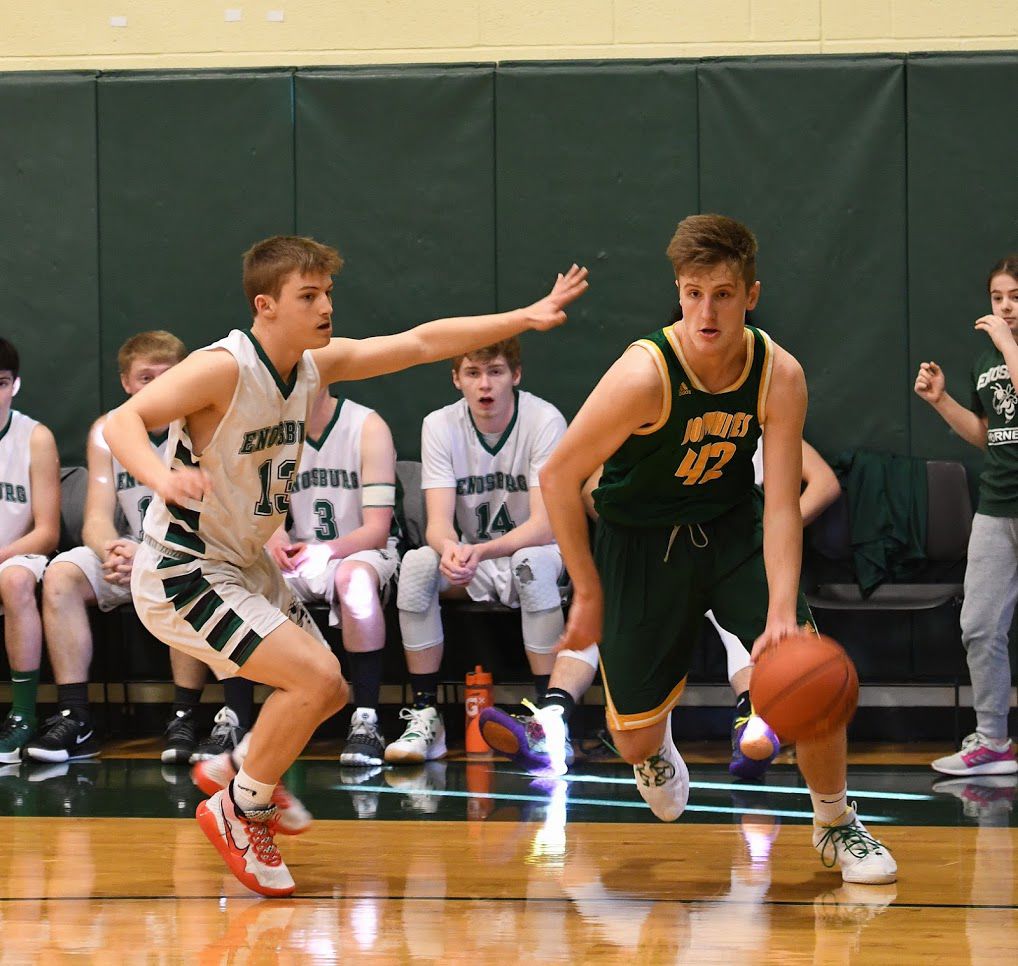 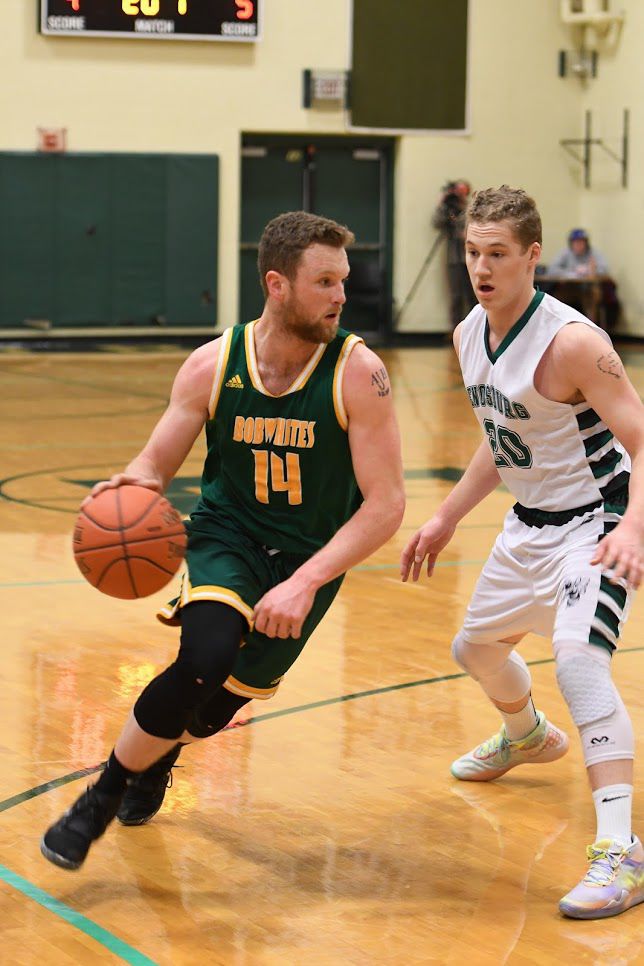 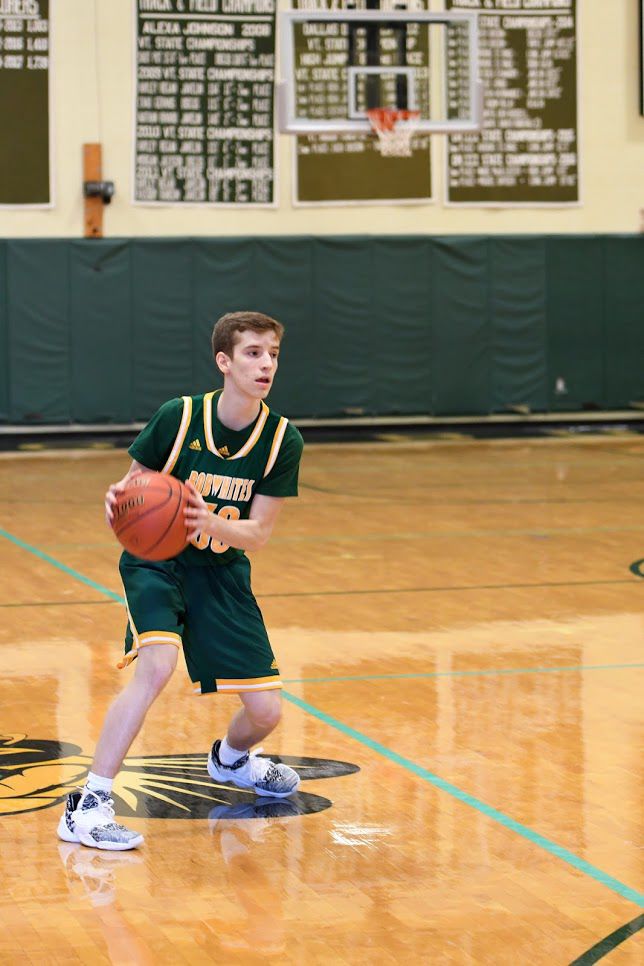 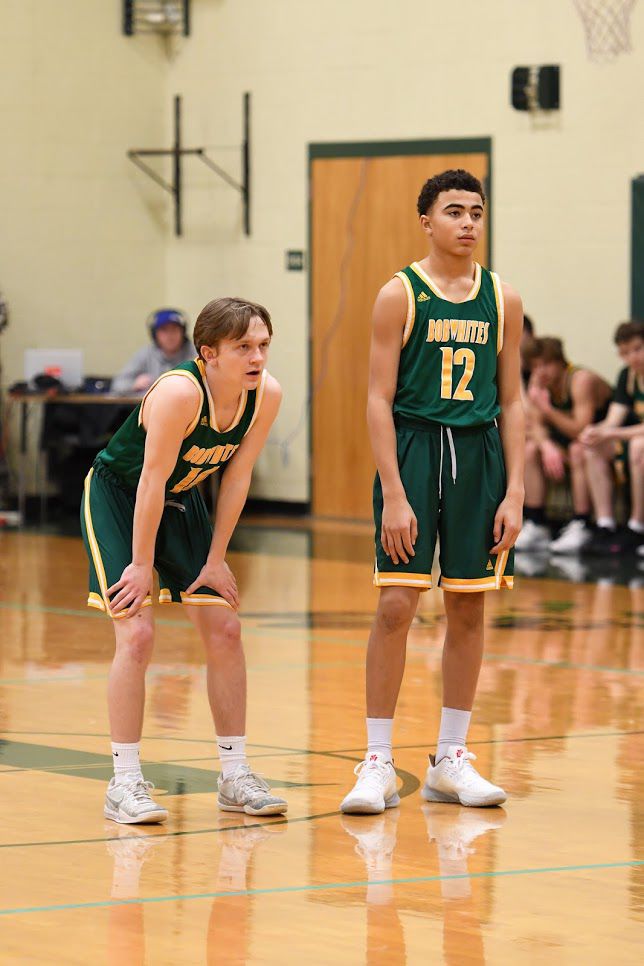 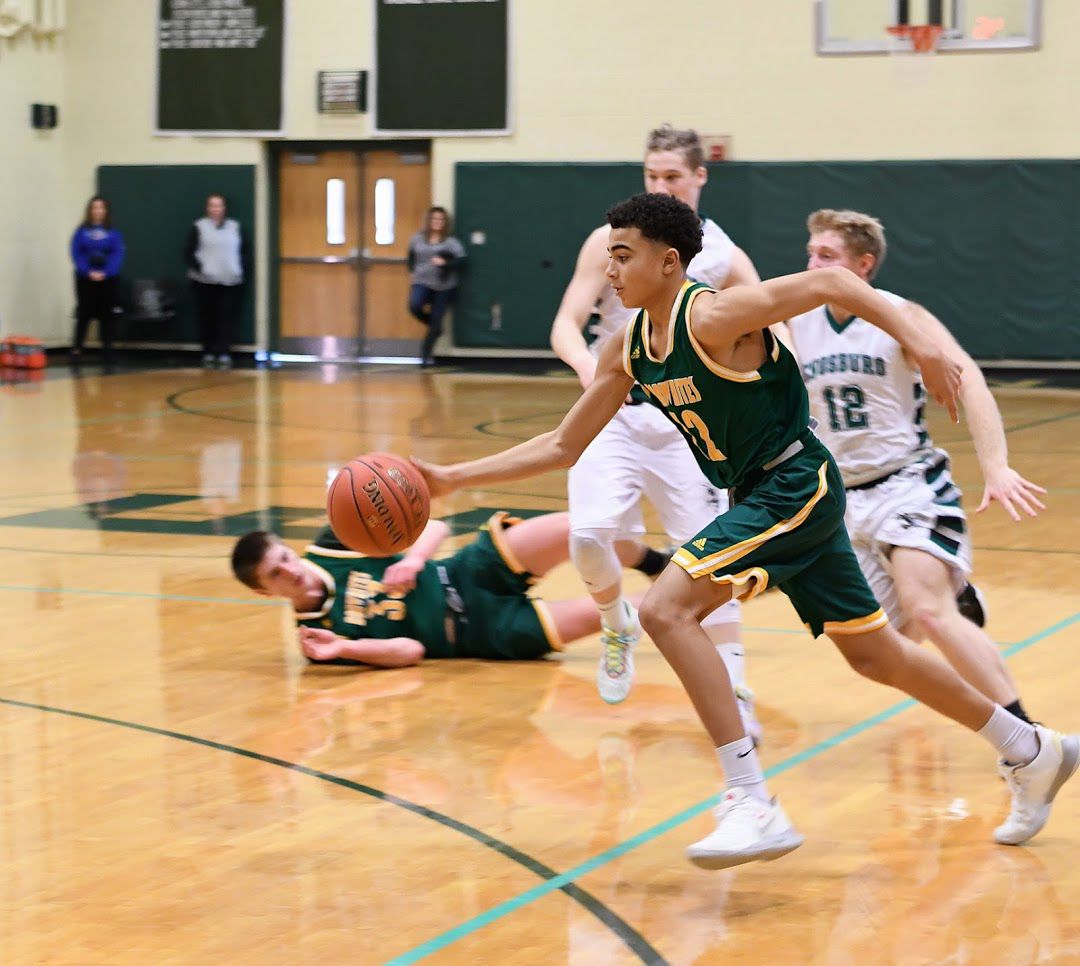 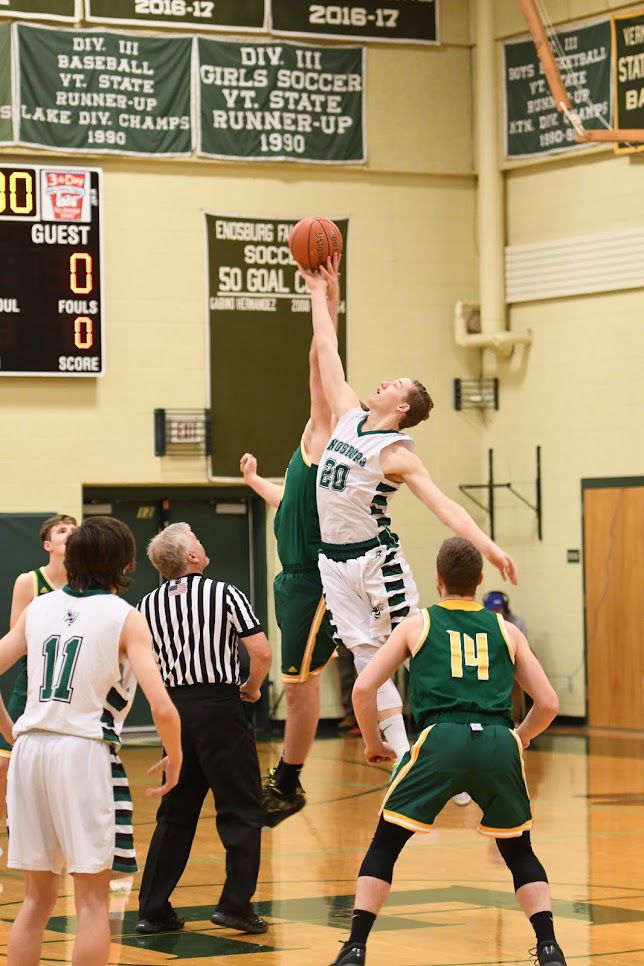 The Bobwhites huddle before Saturday’s game in Enosburg.

Enosburg’s Owen McKinstry drives to the hoop during the game on Saturday afternoon.

BFA’s Kam Dunsmore brings the ball over half court during the first half.

ENOSBURG — Bellows Free Academy (BFA) St. Albans defeated Enosburg 69-48 on Saturday to sweep the season series against the Hornets and with the victory, the Bobwhites finished their annual two game slate against EFHS with an impressive 135-74 points margin.

Picking up from where he left off Wednesday against North Country, BFA’s Taylor Yates was on fire from behind the arc. Finishing the game with six three-pointers, the senior finished the contest as the game’s leading scoring with 27 points.

“He was putting up some shots that didn’t fit in the game plan but they went in. Coach Reyome and I were looked at each other, shrugged our shoulders, and said ‘all right, we’ll go with it,’” BFA coach Matt Toof said.

Outside of Yates, Enosburg’s Devyn Gleason put on quite a show from deep as well, as the freshman knocked down five triples en route to his team-high 25 point scoring effort.

“Honestly, we did not think that he could shoot that well. He definitely proved us wrong. You don’t necessarily say, ‘okay, we have to stop the freshman,’ but I’ll tell you this, he showed up,” Toof said.

“He has been progressing as the season has gone on. He is a very low key person, and at the beginning of the year was more comfortable playing the back seat role; recently, I’ve been pushing him and saying ‘hey we need you to score’ because he is such a talented kid,” Enosburg coach Chad Lovelette said.

Although Gleason’s prolific scoring spurt in the opening frame gave the Hornets a jolt of energy, inevitably the one-man offensive attack proved to be unsustainable against a towering Bobwhite defense who made a habit of double-teaming the freshman. This forced others to step up on offense, and considering Enosburg’s second-leading scorer tallied just six points, the firepower was simply not there for EFHS.

“Logan Keelty and Kam Dunsmore are elite on-ball defenders; we moved those two onto Gleason after he [caught fire early],” Toof said.

Despite the offensive struggles, the Hornets seemed primed for a run midway through the second quarter after Aidan Kelly made an incredible save on a loose ball and found a streaking Tommy Benoit who capitalized at the rim to slash the BFA lead to 28-26. This forced Toof to use a timeout to quiet the boisterous Enosburg crowd.

Coming out of the stoppage, BFA looked extremely poised and went on a 7-0 run of their own to close the half with a 35-26 lead. That said, the Bobwhites never looked back as Yates continued his strong play into the final half, adding three late triples, and BFA earned their eighth victory of the season.

“When a guy who is 6’ 3” is hitting shots from all over the floor, how do you defend that? Honestly, Yates was taking shots that I’m happy with. Those are bad shots. But it was one of those days when they went in,” Lovelette said.

The loss drops the Hornets to 8-9 on the season, but Lovelette took many positives from the game.

“Overall, we played a way better game against these guys than we did the first time, we competed. The first time they were way more physical than us. They pushed us around and we cried about it. This time around, I thought our effort was much more rounded,” he said.

Despite the 8-9 record, Enosburg sits in fourth place in the Division III standings having played one of the toughest schedules in the division and remains very much in the mix for a home playoff game.

Meanwhile, the victory propelled the Bobwhites to 8-7 on the season and has them slated as the eighth seed in Division I.