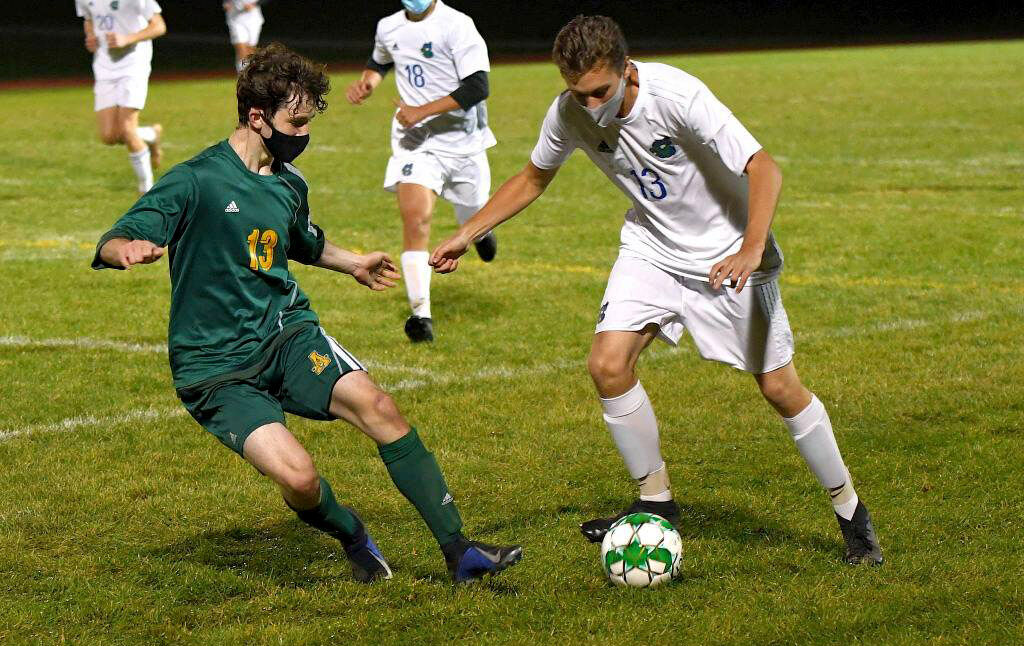 Ethan Bruley contests a Laker for the ball during the under the lights game on Wednesday evening. 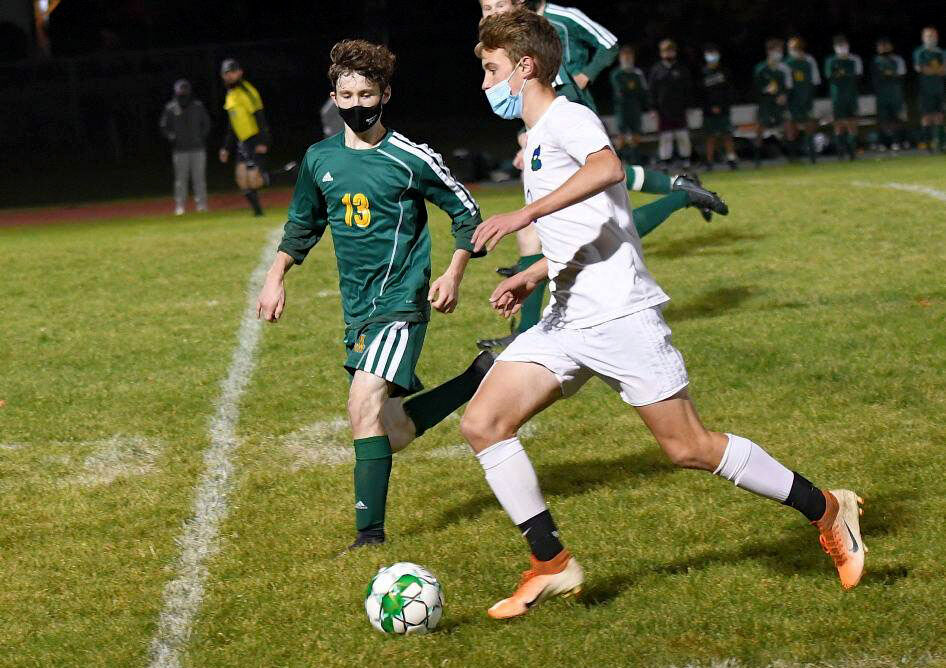 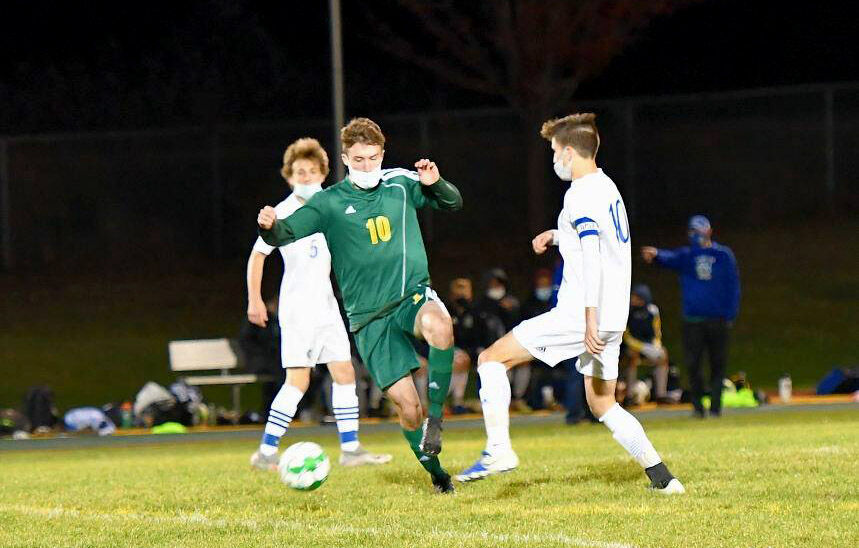 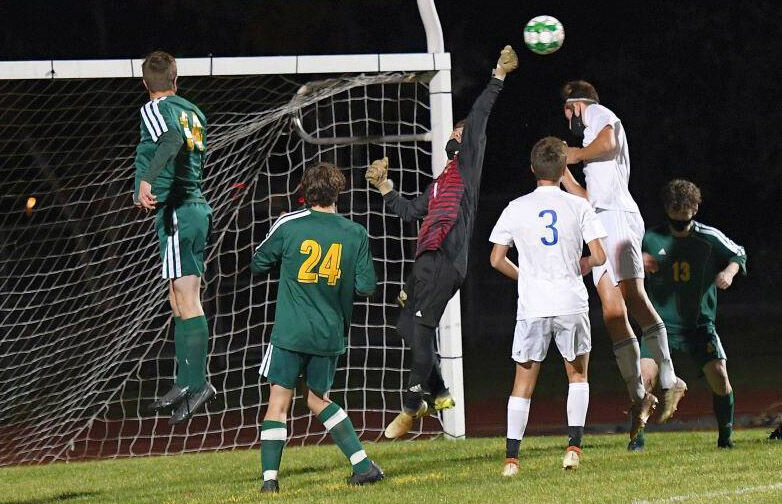 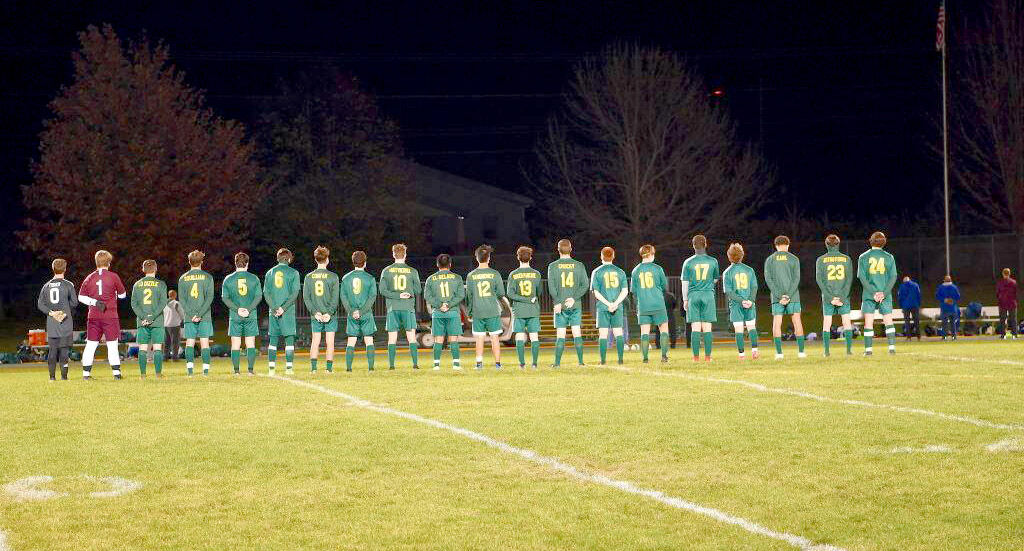 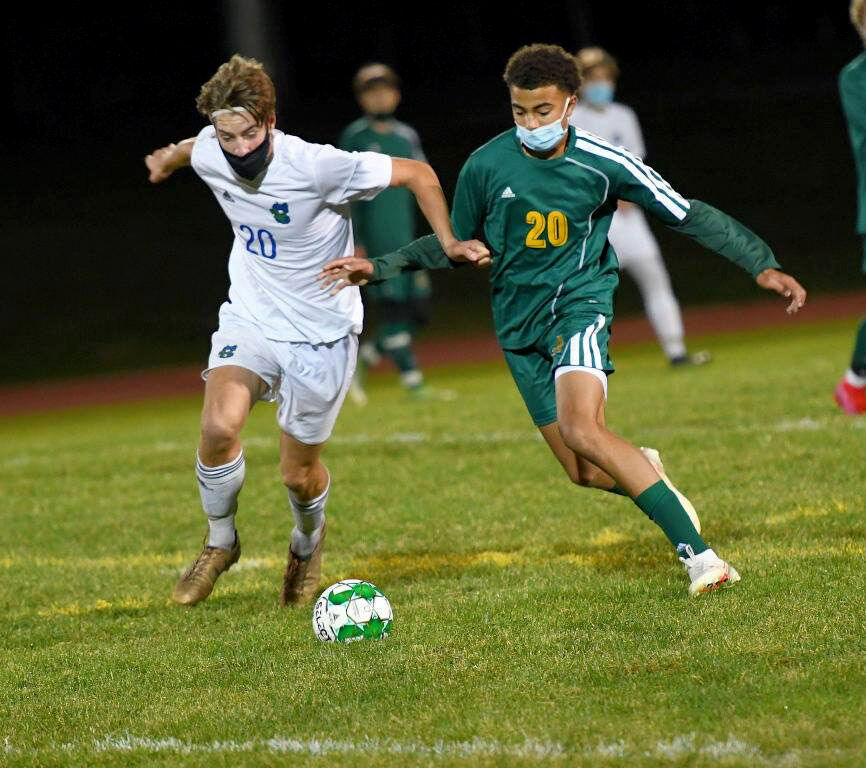 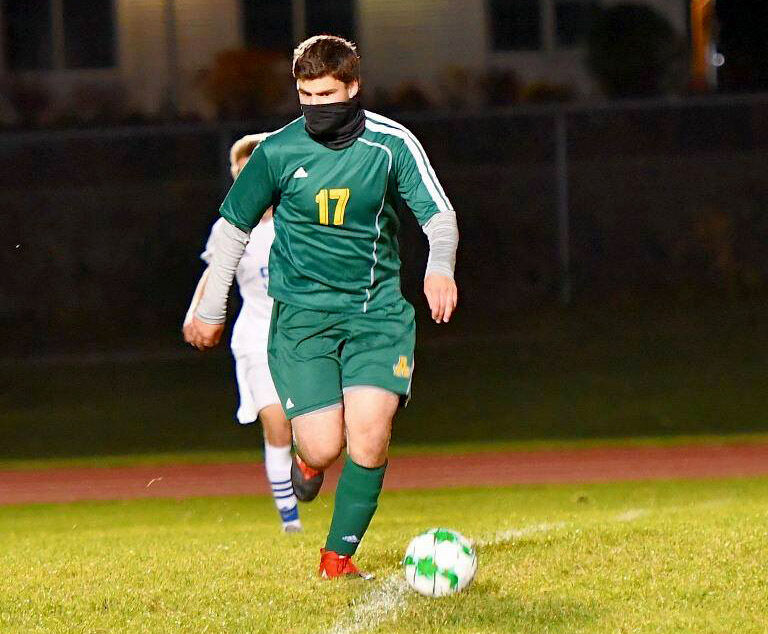 Ethan Bruley contests a Laker for the ball during the under the lights game on Wednesday evening.

ST. ALBANS - In a season that's been delayed and shortened, little things like under the lights games and senior nights stand out exceptionally bright.

On Wednesday evening, the BFA St. Albans Bobwhites' varsity soccer team hosted Colchester for an under the lights contest. The Bobwhites fell 2-0 to Colchester.

The first goal of the game came on a corner kick by Colchester's Jason Robinson with 12 minutes left in the first half. Robinson was assisted by Caden Sultzbaugh.

The Lakers' second goal was scored with 2:06 left in the game by Adolphe Alfani assisted by Joey Klemm.

"During the last 15 minutes of the game we had chances to tie the game by Matt Merrill, Cam Blaney, and Joey Nachaczewski, but Colchester's goalie came up with some big saves to keep us scoreless,' said Bobwhite coach Luke Laroche.

Lakers goalie Domenick Puttlitz had 5 saves. Evan Fisher had 4 saves for the Bobwhites.