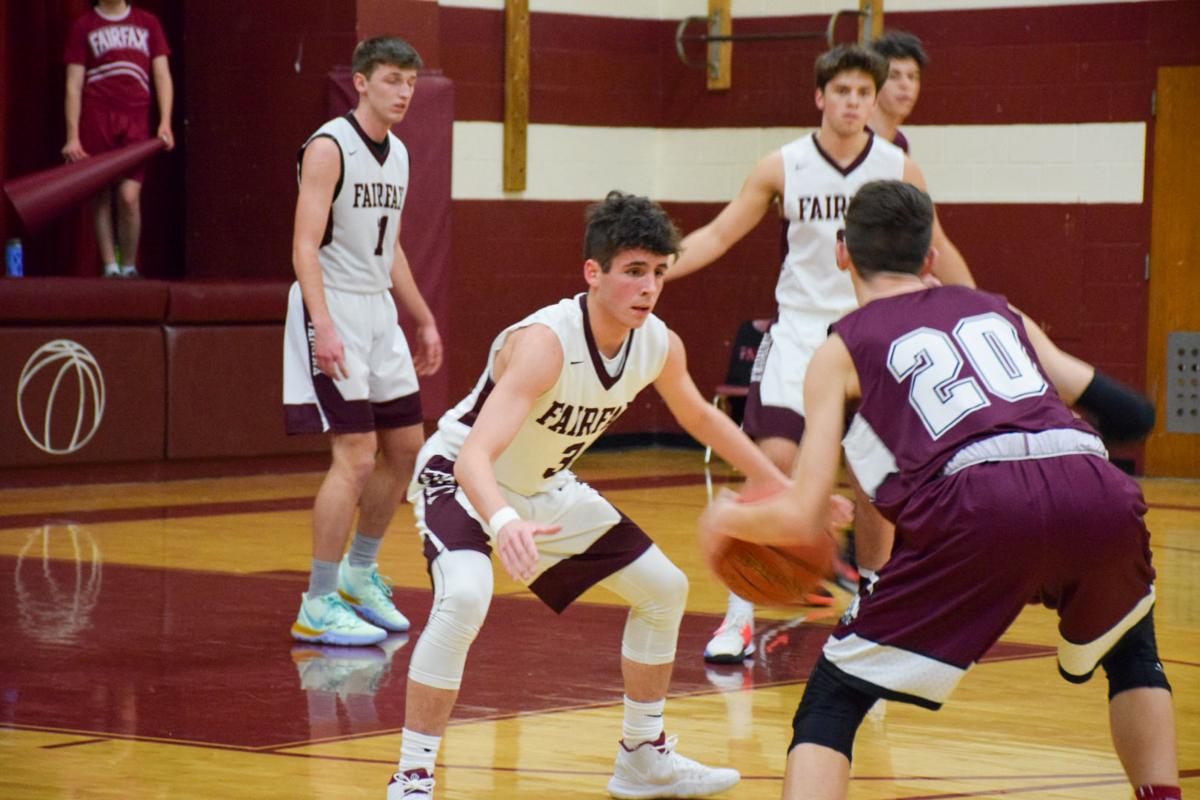 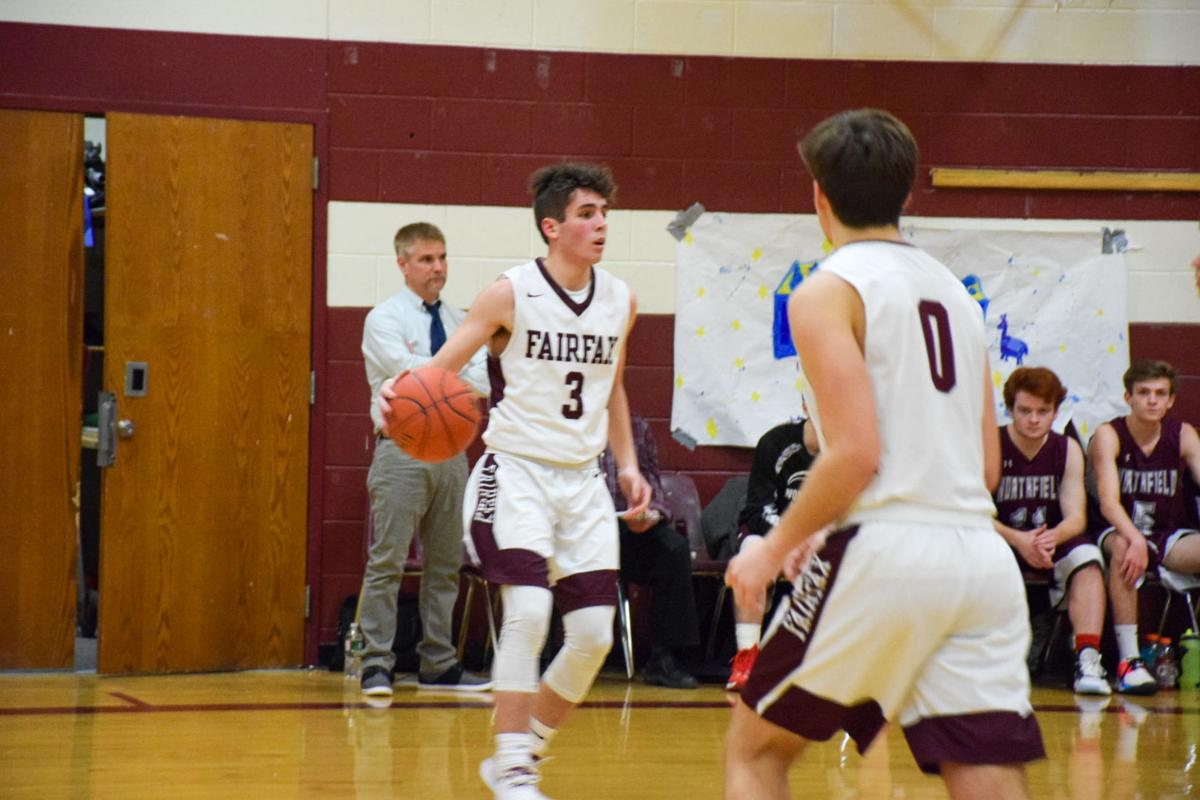 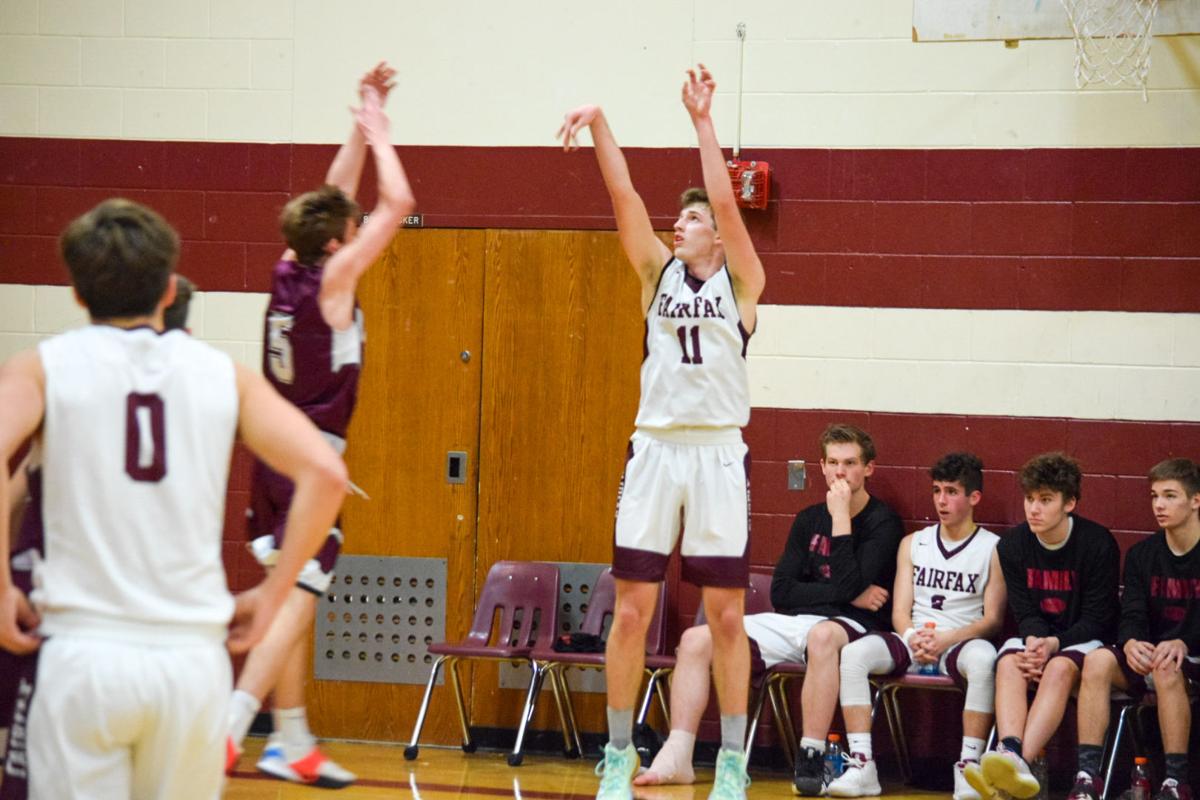 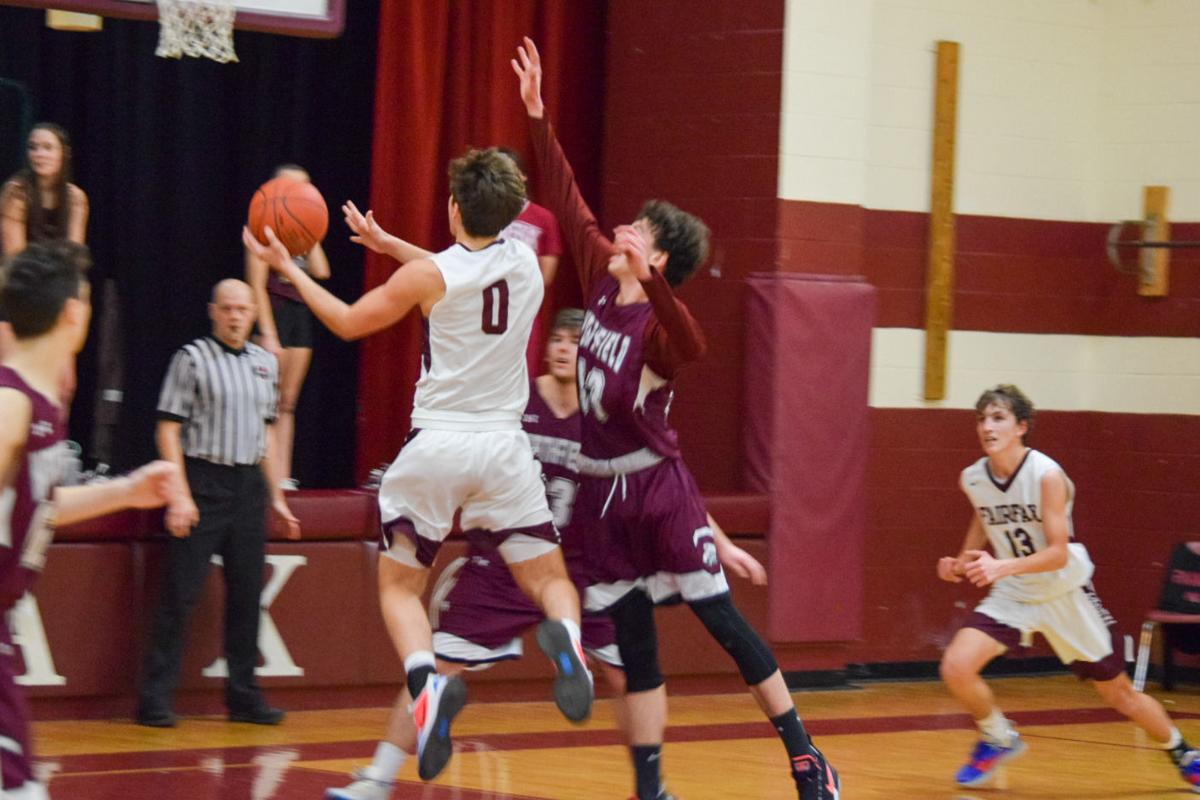 FAIRFAX— The Bullets of BFA Fairfax avenged their prior loss to the Marauders of Northfield on Wednesday night, winning 79-68 at home.

“We lost to this team on the road last week,” said Bullet captain Weston Black. “That was frustrating, and we weren’t going to let that happen again. We were having fun together, which helped us work harder and play harder and come away with the win.”

Fairfax came charging into the game, scoring 23 points in the first quarter with much of their offense generated from defensive steals and pressing the tempo.

“The plan tonight was to push the ball and run hard,” said Bullet coach Pat Greene. “We could do that and still rest kids, because we have a strong bench. We wanted to put points on the board with the fast break and we executed that.”

In addition to scoring from the fast pace, Fairfax was also on fire from beyond the arc. Thirty-three of the Bullets’ points on the night came from three-point shots. Carl Bruso, Cam Meunier, and Black were the stars from long-distance, but every Fairfax player who saw minutes in the game put points on the board.

“Nobody focused on themselves tonight,” Black said. “The goal was to win the game and we did that.”

Greene echoed that statement. “The kids were unselfish. They were looking pass first and make the best play.”

The Bullets led by 12 at halftime, 38-26, but came out of the locker room cold. Northfield went on a 17-5 run in the third quarter. The Marauders took the lead for the first time off this push, but retained it for less than a minute.

Black was able to stop the bleeding by hitting three 3-pointers in less than 90 seconds from way downtown, and the Bullets never stopped hustling.

“Our energy was really good throughout the game, even during [Northfield’s] run,” said Greene. “We were still confident, still picking each other up.”

The Bullets clawed their way back ahead by eight points heading in the last quarter of play.

Isaac Decker hit for two to open the fourth, and added another four quick points soon after. Owen Demar added three points from the free throw line and two layups off steals as well. By Northfield’s time out with five minutes left in the game, Fairfax was ahead 68-50, and although the Marauders wouldn’t go away, they also couldn’t come back.

Both teams shot bonus as the clock wound down, and although Northfield gained some traction, it wasn’t enough.

Black led all scorers with 18 points, while Bruso had 17 and Decker had 10.

Fairfax next plays at Stowe on Friday.