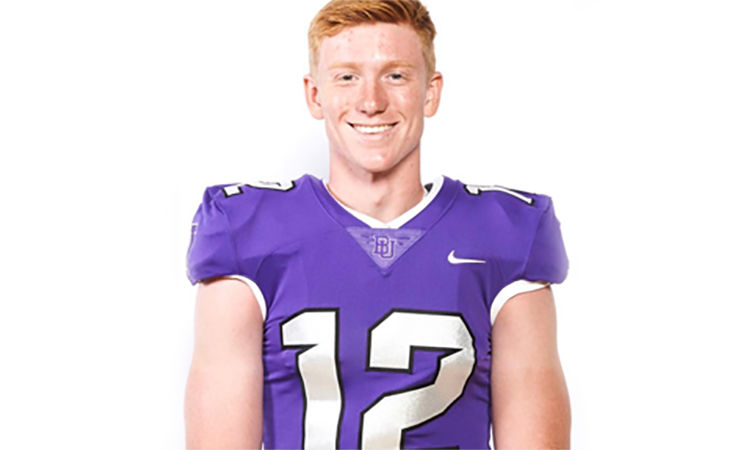 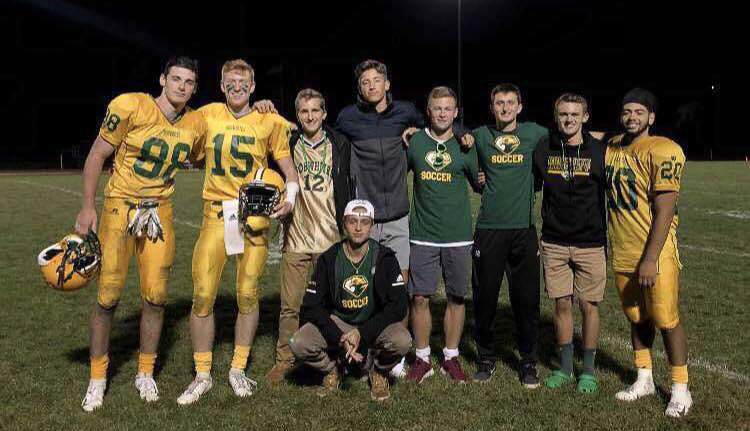 Nate Loughlin #15 during his senior year as a Bobwhite. 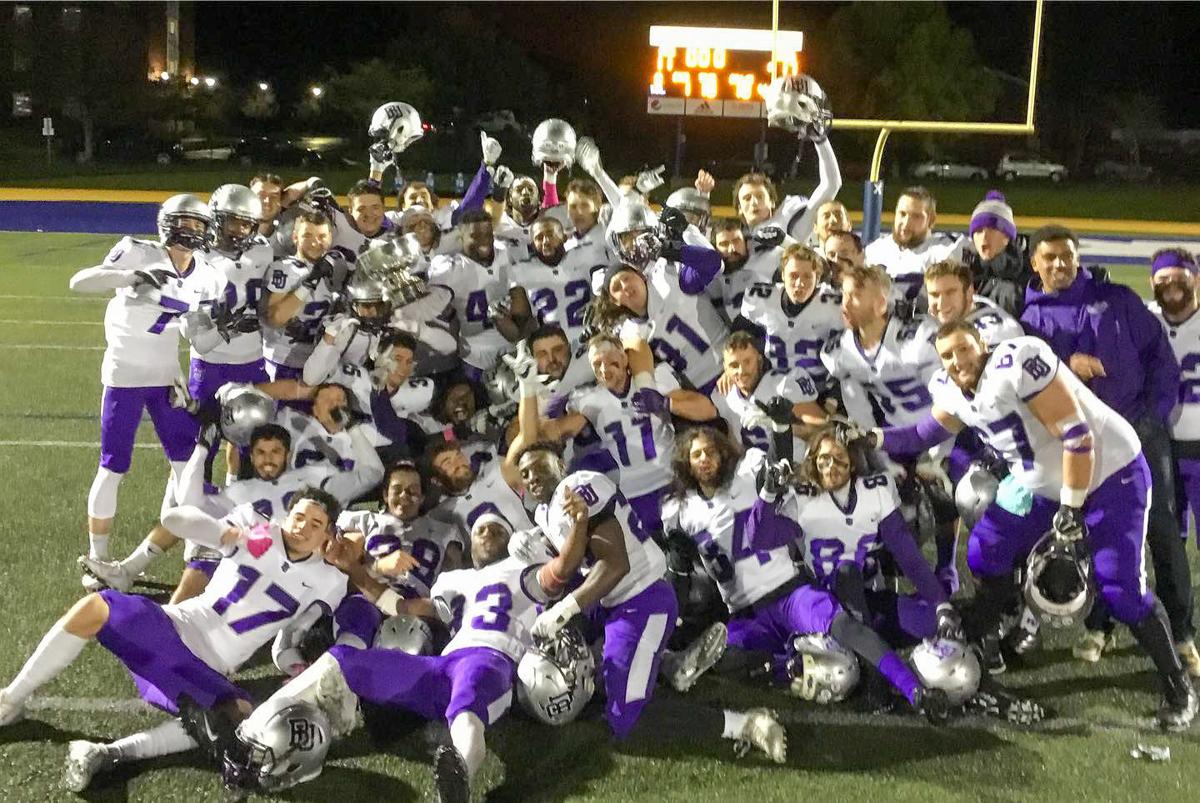 The Bishop’s University Gaiters celebrate after a victory this season.

Nate Loughlin #15 during his senior year as a Bobwhite.

The Bishop’s University Gaiters celebrate after a victory this season.

“I was playing football for the St. Albans Steelers at the time,” said Laughlin. “While we were visiting Ali, we went to a football game at Bishop’s.

“I told my parents I wanted to play for that team, but I never thought it would actually happen.”

Laughlin started thinking about Bishop’s again during his sophomore year of high school.

This fall, Laughlin, who has dual citizenship in the U.S. and Canada, joined the Bishop’s football team, and although he didn’t play in a game, he was able to dress and travel with the team.

“I lined up against people who will be playing pro football in Canada,” explained Laughlin. “It’s a very different game--seeing these guys getting ready to go to the pros.”

In Canada, student-athletes can compete in collegiate sports until they are 24-years-old by August 31st of the year of participation. At 18, Laughlin is a youngster on the team.

“I would have liked to have played this year but between learning the rules of Canadian football and learning the new offense, I had a lot to take in,” said Laughlin.

“When I got into the practices I started to realize that it wasn’t a bad thing that I had to sit back and take it in. It’s a challenge, but I’m ready for it.”

The team played eight regular-season games and hosted the conference championships. Bishop’s won the playoff round and went on to New Brunswick, where they took a loss.

Due to the distance between schools, Laughlin and the Bishop’s team flew to five conference games.

The team enjoyed a successful season, going 4-4, a big improvement on last year’s 0-8.

“Some players have been here for six years. It was so nice to see the smiles on their faces when they won the conference championship.

“That game was so loud you could barely hear yourself,” said Laughlin. “I had to have the coach repeat the plays for signaling because I couldn’t hear him.”

The work ethic Laughlin developed at BFA proved to be beneficial for college ball.

“Coach Murray believed in conditioning us. He always said he wanted us to put four quarters together, but he wanted our conditioning to push us through to the win in the fourth quarter.”

Laughlin’s junior year at BFA was his favorite. The team went undefeated at home and hosted a home playoff game.

“We went as far as BFA has gone in recent history,” said Laughlin. “We had all the right pieces.

“Our home game at Rice was one of my favorites, and our home playoff game against Middlebury was insane! The atmosphere was amazing!”

A BFA football tradition, close to the hearts of the players and coaches, also stands out in Laughlin’s mind.

“I loved when everyone gathered around Kyndle’s Rock, and we could hear everyone in the stands,” said Laughlin. “There’s no rush like that.”

“My junior year, Tom Manahan spoke to the team before each game. When he graduated, I took that role on,” said Laughlin. “When I spoke with the team, you could feel the energy from everyone and the memory of Kyndle.”

“From what I’ve heard, Kyndle Mungeon embodied what Bobwhites should be like--work ethic, physicality, and teamwork.”

“Saturday mornings after a game, we’d have 8:30 recovery and go to Tim’s Place on Main Street for breakfast,” said Laughlin. “There’d always be someone talking about the game the night before or past games.”

“People were genuinely concerned about every player and loved coming to the games,” said Laughlin. “It’s a great, rural community, and they care about the athletes and the game.”

That year, Laughlin played with other Bobwhites who’d also go on to play football at the college level.

“It was such a great experience--Tucker Gaudette and Nate Paradee were machines.”

“The athletes that come out of BFA share their love for BFA. I wouldn’t trade my time at BFA for anything. I love the coaches and the teams I played for.”

One of his best friends, Mark Howrigan, now plays for Hamilton College.

“Mark and I had the best chemistry. We’ve been best friends forever,” said Laughlin, smiling. “I’ve played football with him since the second grade when we were Steelers.”

“Mark had a pretty good season this year. He had a few touchdowns and receptions. I have full confidence that he’s going to be an exceptional player in college.”

“Mark and I always worked together,” said Laughlin. “It’s paid off for both of us, and it’s the best feeling.”