Starting at
$5.00 for 30 days
Get Started
View all rates
You are the owner of this article.
Edit Article Add New Article
You have permission to edit this article.
Edit
Subscribe | Sign In
Home
News
Elections 2020
Sports
Classifieds
Obituaries
Editorial
Business Directory
Things to Do
About Us
e-Edition
2020 Meet Your Business Community
2020 Resource Directory
NEWSLETTERS
1 of 11 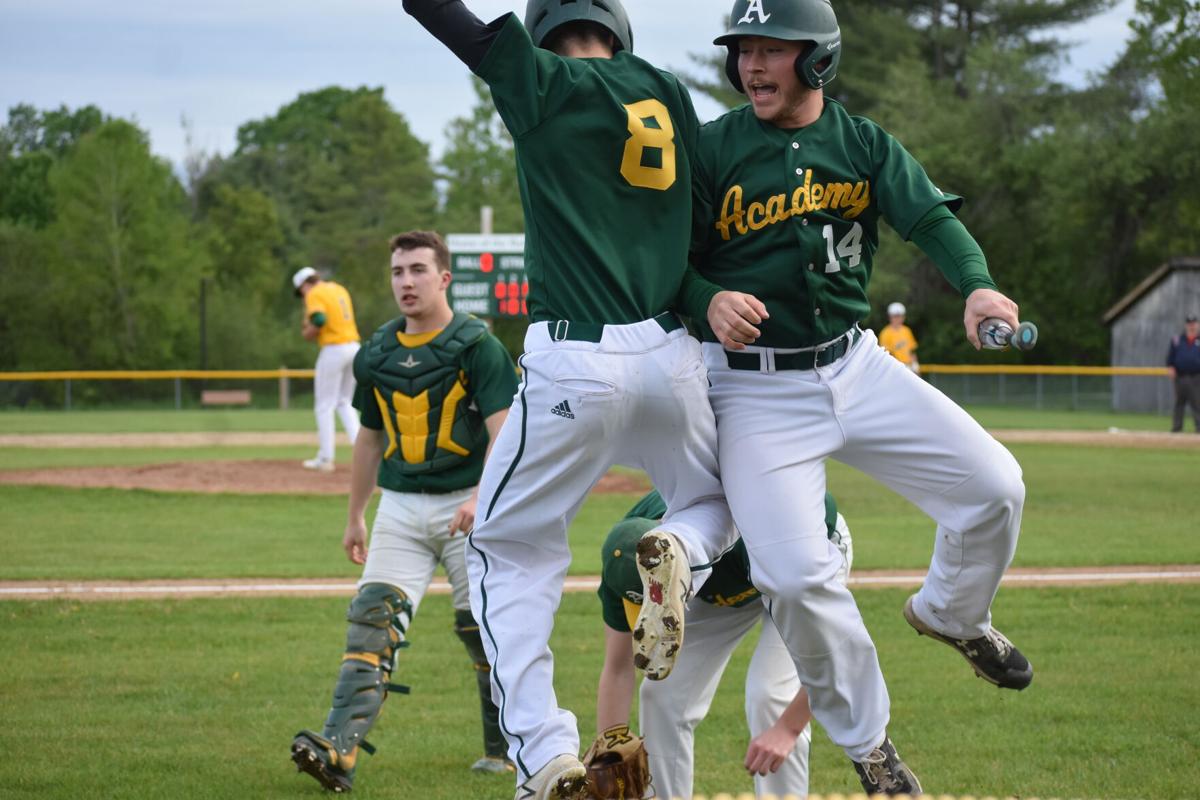 Alex Archambault (14) celebrates a win during the 2019 season. 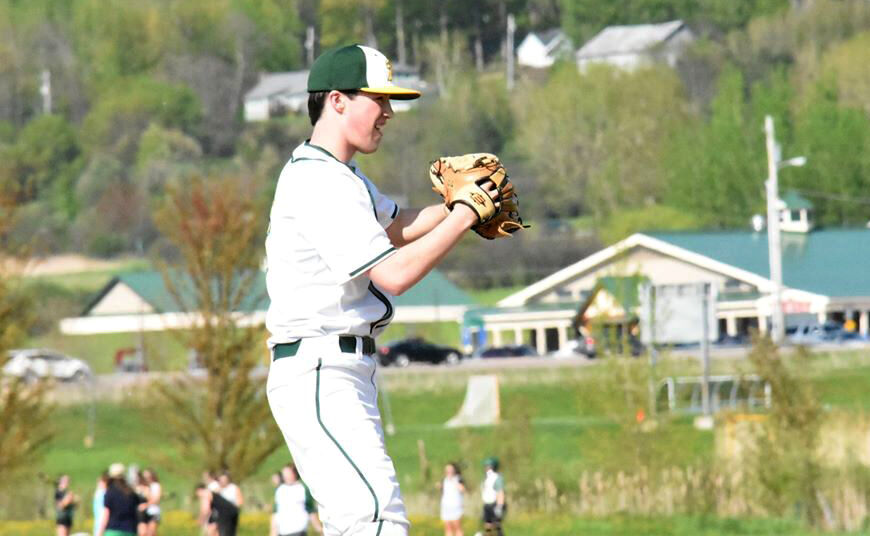 Ben Archambault prepares to throw a pitch in home game in 2019. 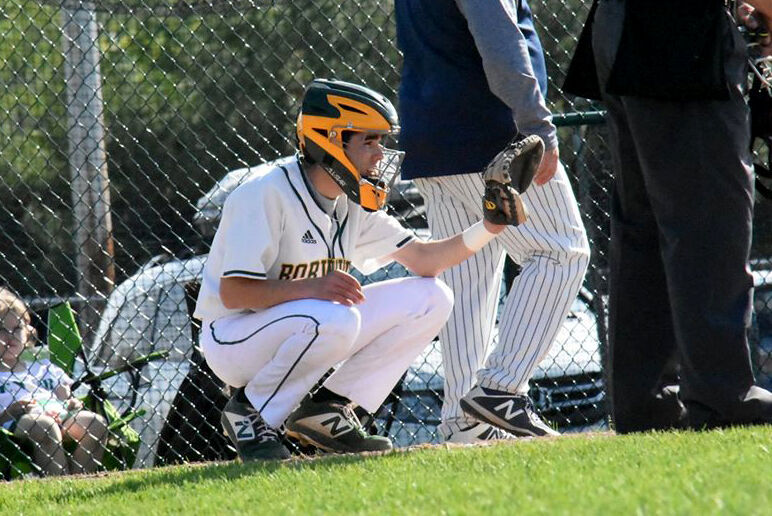 Caleb Smith warms up a pitcher in the 2019 season. 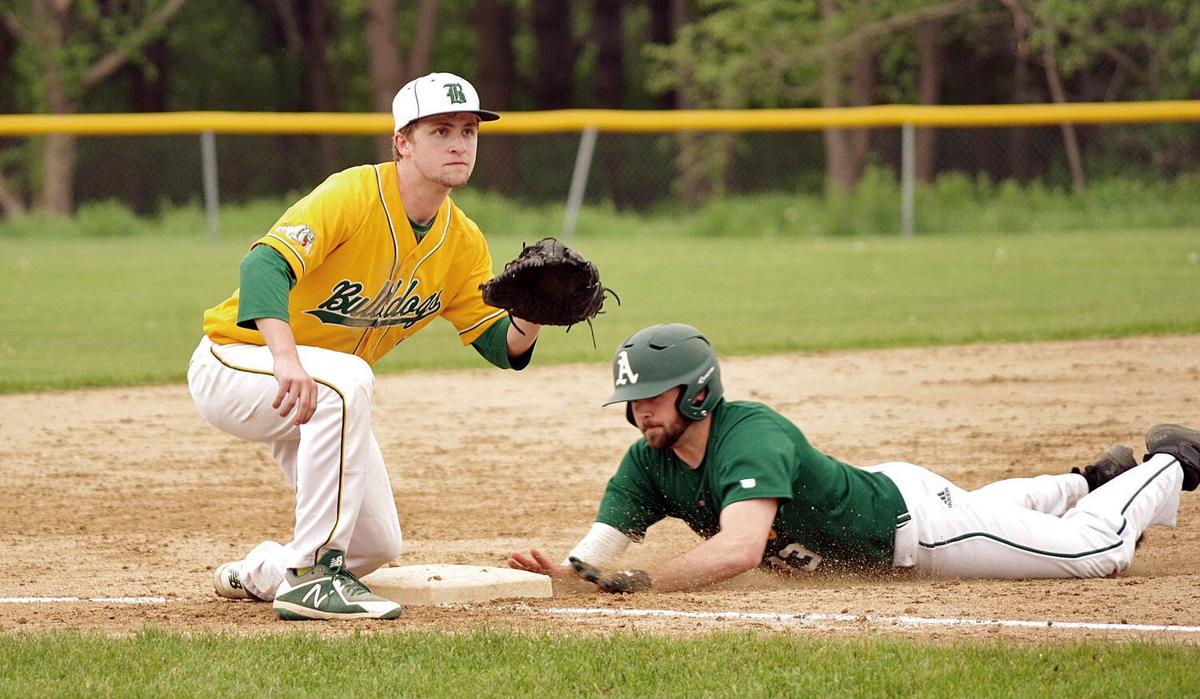 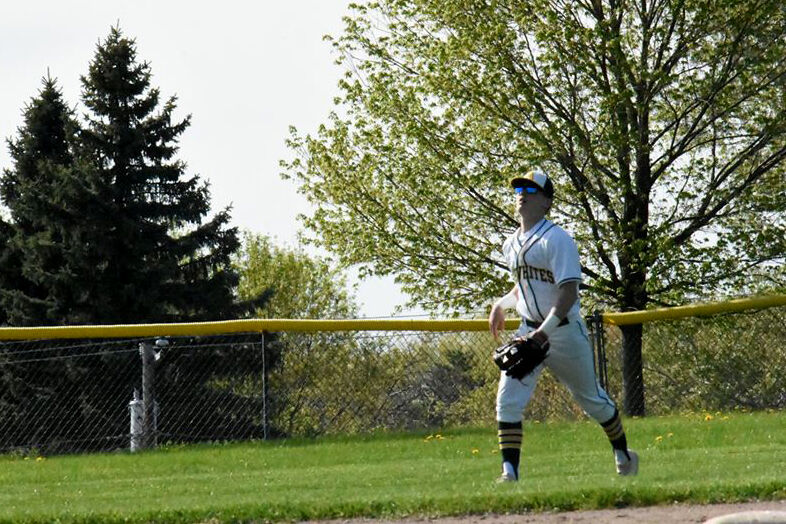 CJ McAllister gets under a fly ball during the 2019 season. 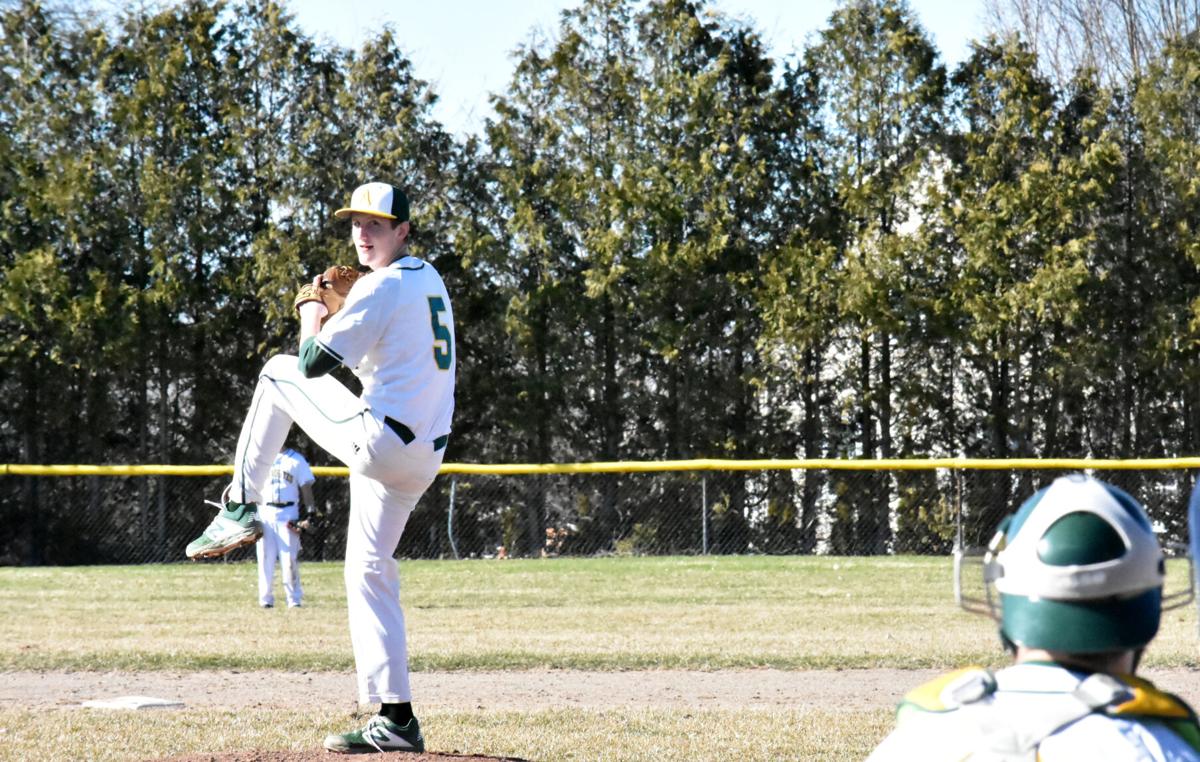 Taylor Yates works from the mound during the 2019 baseball season. 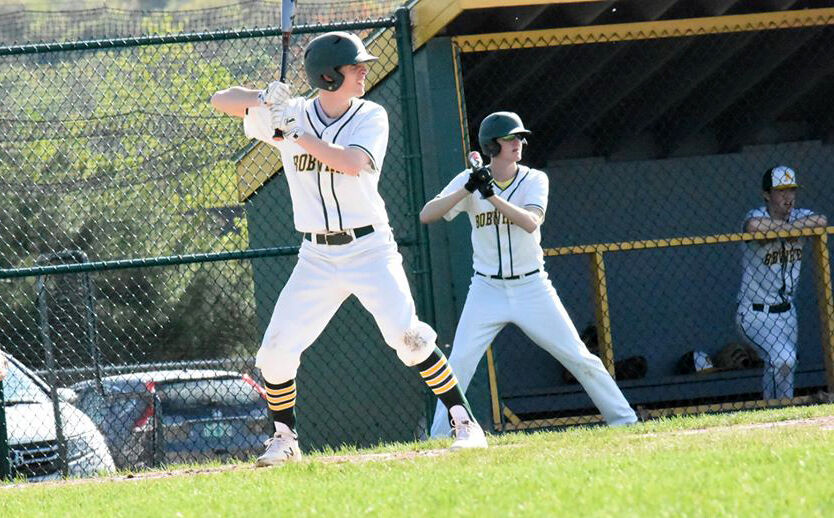 Jacob Benware waits for a pitch. 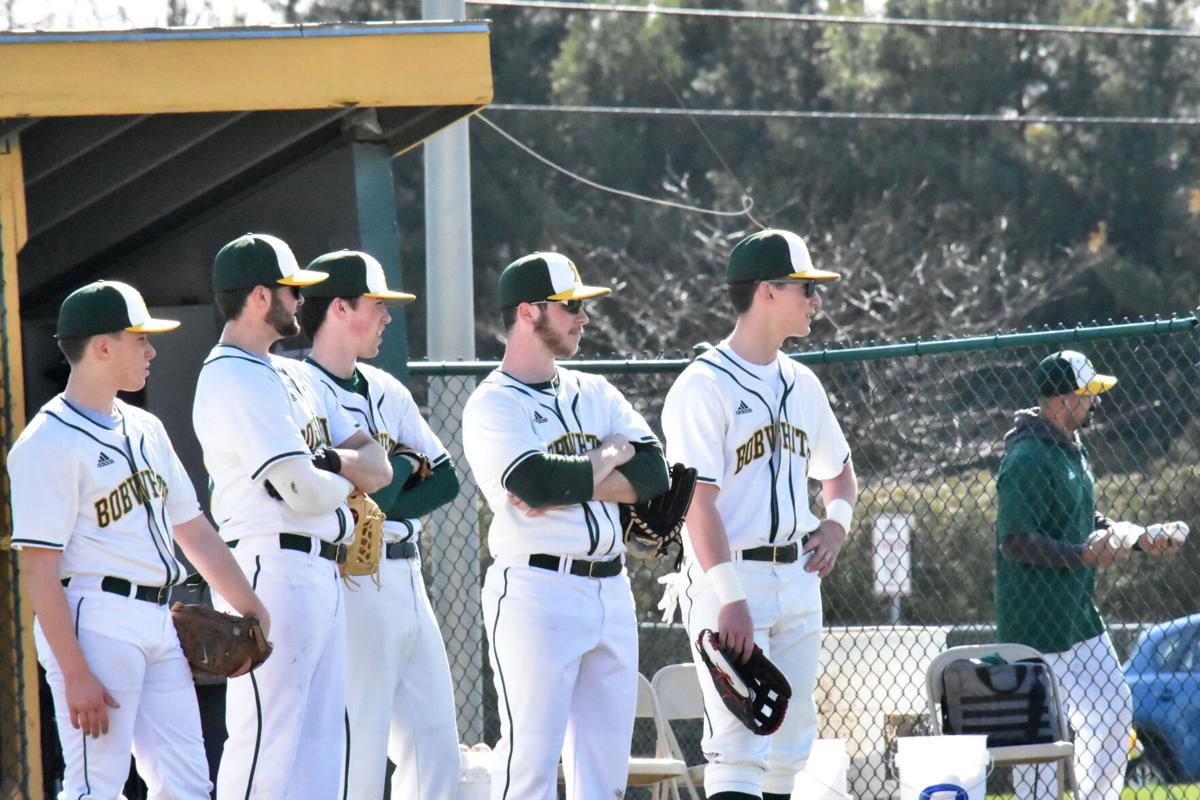 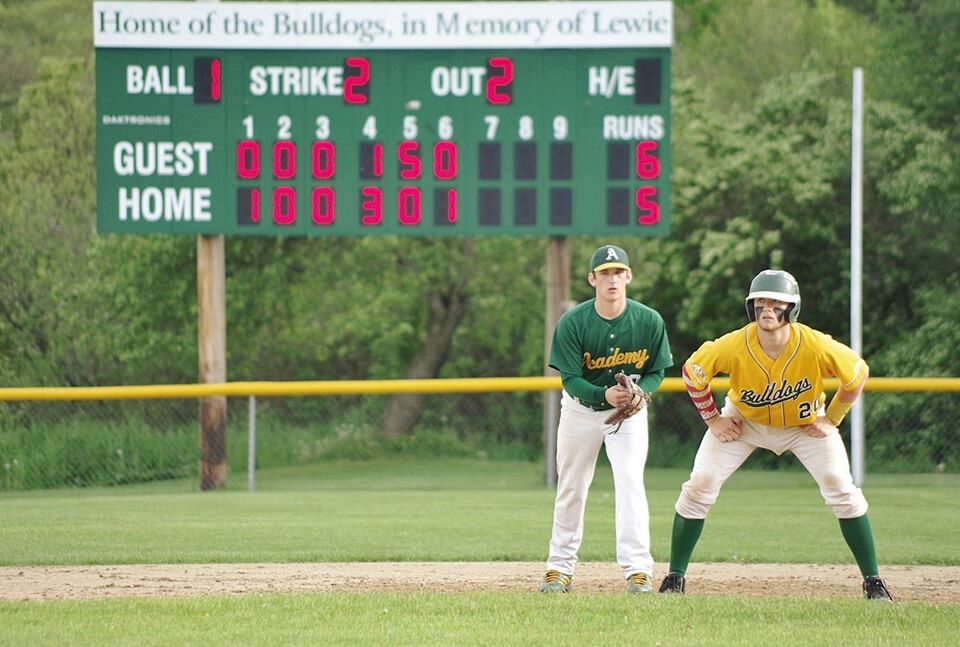 Evan Charboneau takes a lead during a 2019 contest. 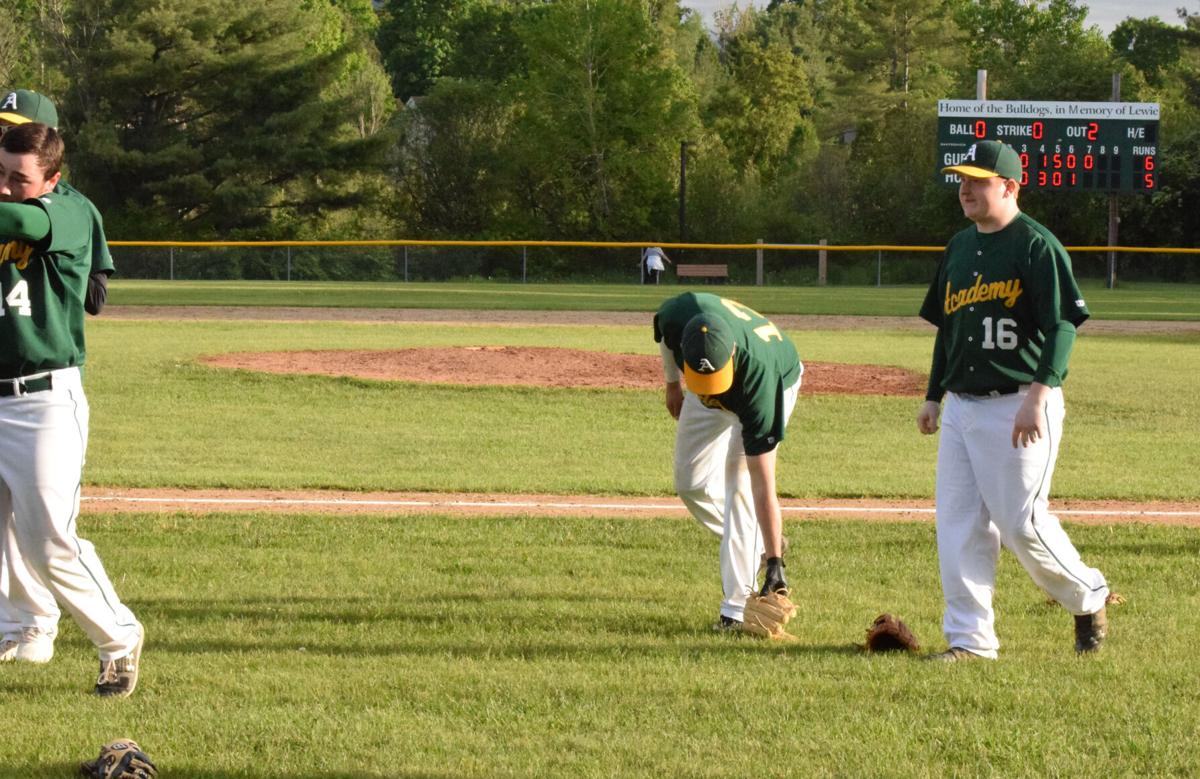 Ben Bergeron (16) and his teammates leave the field after a win in the 2019 season. 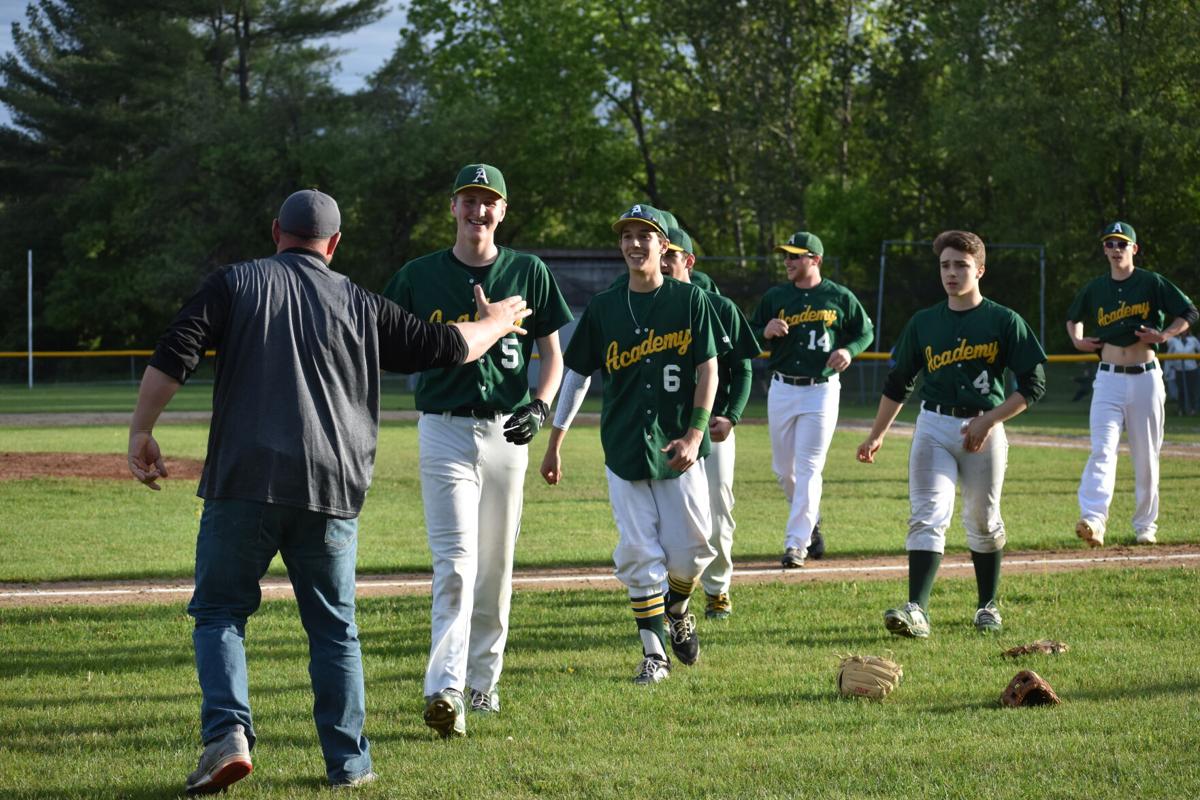 The Bobwhites, lead by Taylor Yates, leave the field victorious in 2019.

Alex Archambault (14) celebrates a win during the 2019 season.

Ben Archambault prepares to throw a pitch in home game in 2019.

Caleb Smith warms up a pitcher in the 2019 season.

CJ McAllister gets under a fly ball during the 2019 season.

Taylor Yates works from the mound during the 2019 baseball season.

Jacob Benware waits for a pitch.

Evan Charboneau takes a lead during a 2019 contest.

Ben Bergeron (16) and his teammates leave the field after a win in the 2019 season.

The Bobwhites, lead by Taylor Yates, leave the field victorious in 2019.

ST. Albans — BFA St. Albans varsity baseball coach Will Howrigan recognized each of the seniors who were unable to complete their final high school baseball season.

Howrigan recalled his enthusiasm as he took the reigns of the program in 2017.

“I remember the excitement our coaching staff had during tryouts. We had a talented group of varsity players and a deep and promising freshman class.

“Our first impression of the class of 2020, was a group of young men who were extremely coachable and deep in character traits necessary to work as a team and grow together,” said Howrigan.

“Over the past several years the class of 2020 continued to improve as ballplayers and matured into outstanding young men.”

Thirteen seniors would have taken the field for the Bobwhites for the 2020 season.

“Our coaching staff had high hopes for them this spring, and we were deeply disappointed that this group of student-athletes was denied the opportunity to take the field and compete as seniors,” said Howrigan.

“I am confident that the character traits and qualities that made them a pleasure to coach will serve them well in life. I look forward to their continued maturation and contributions to the community.”

Howrigan took the time to recognize each of his senior athletes.

Alex Archambault: Alex is a great young man, hard worker, and outstanding teammate who has shown steady improvement as a player. He was a reliable hitter and outfielder at the end of last season and had some big at-bats for us in the postseason. He was always ready to contribute when called upon either in the outfield or at-bat. I was expecting a big season from him this spring.

Ben Archambault: Ben is a hard-working young man, a good student, and a determined competitor. As a Junior, Ben worked mostly as a starting pitcher and put together a solid season as a first-year varsity player. Over the summer, he continued to work hard and showed some real growth. He even threw a no-hitter in a legion tournament. I was looking forward to seeing what he could do as a senior. Ben is planning to attend Bryant University in the fall.

Landon Baker: Landon is a big, strong young man who was looking to compete for a role with the varsity team this spring. Over the past three seasons, Landon has improved at the junior varsity level and became a solid hitter as a junior. I was looking forward to working with him this spring.

Jacob Benware: Jake has been a member of our varsity team for the past two seasons. He is a good athlete who works hard to keep himself in shape and has improved every season. Jake is a versatile player who has shown the ability to play in the infield and outfield. Last year he was our starting shortstop and leadoff hitter. We looked forward to watching his continued growth as a senior.

Ben Bergeron: Ben is a good baseball player who has performed well at all three levels of our program. He has worked hard to improve and would have provided solid innings on the mound as well as needed depth in the outfield for us this spring.

Owen Bonnette: Owen is a strong three-sport athlete who has made solid contributions in baseball, football, and hockey. As a junior, he was one of our top defensive infielders, starting many games at third base. He showed promise with the bat and the ability to hit for power. Owen has shown a great deal of growth during his time at BFA, and it is a shame that we did not get to see him on the field this spring.

Evan Charbonneau: As a junior, Evan was a solid contributor on the mound as well as at the plate. He started games for us on the mound, at first base, and at third base. At times Evan was one of our top offensive players as a junior and pitched well in a tough quarterfinal loss last spring. He showed continued improvement throughout his time in our program and was poised for a solid season this spring.

Forrest Deslauriers: Forest is a good student, teammate, and a hard worker. He has contributed at all three levels of our program and performed well in limited action last season. Forrest worked hard to improve as a hitter and outfielder and was looking to take a step forward as a player this spring.

Parker Gratton: Parker is a good three-sport athlete who has had success in baseball, football, and hockey. He was our starting center fielder in his sophomore year before transferring as a junior. We were really excited to have him back, not just for his talent on the field but also because he is an excellent teammate with a lot of positive energy.

Dominic Liscinsky: Dominic is a three-sport athlete who has excelled in football, hockey, and baseball. For the past two seasons, he has been a starting outfielder, and one of our top offensive players, earning 2nd team all-metro honors in his sophomore and junior seasons. I was excited to see what he could do as a senior; he put in a great deal of offseason work to improve his swing and will play baseball at SUNY Cobleskill after graduation.

CJ McAllister: CJ is a highly athletic and talented baseball player. He has been a starting outfielder for the past two seasons and likely would have been our starting catcher this spring. He has a solid bat and is outstanding defensively as a catcher and outfielder with a great arm. He is also one of our most talented baserunners due to a combination of speed and baseball IQ. CJ will attend Johnson and Wales in the fall.

Caleb Smith: Caleb is an outstanding young man and a wonderful teammate. He’s played at all three levels of our program and is highly regarded due to his intelligence and hustle. In limited at-bats his junior year, Caleb found ways to contribute to our success in many different ways. He is capable of playing several different positions, runs the bases well, and always put together competitive at-bats when called upon. I was looking forward to coaching him again this spring. Caleb plans to attend Paul Smith’s College this fall.

Taylor Yates: Taylor is an exceptional student with a great deal of character and leadership qualities. This spring would have been Tayor’s third season at the varsity level. He earned 2nd team all-metro honors as a junior pitcher and was likely to be one of the top pitchers in the league this season. We always had a chance to win with him on the mound. Taylor is also a good hitter and solid defensive infielder. Taylor plans to attend Endicott College after graduation.

The Messenger Sports team worked diligently to acquire photos of every senior athlete who missed their spring season. We apologize that we were unable to locate photos of some of the athletes.