You are the owner of this article.
Edit Article Add New Article
You have permission to edit this article.
Edit
Subscribe | Sign In
Home
News
Elections 2020
Sports
Classifieds
Obituaries
Editorial
Business Directory
Things to Do
About Us
e-Edition
2020 Meet Your Business Community
2020 Resource Directory
2020 Discover Guide
NEWSLETTERS
1 of 13 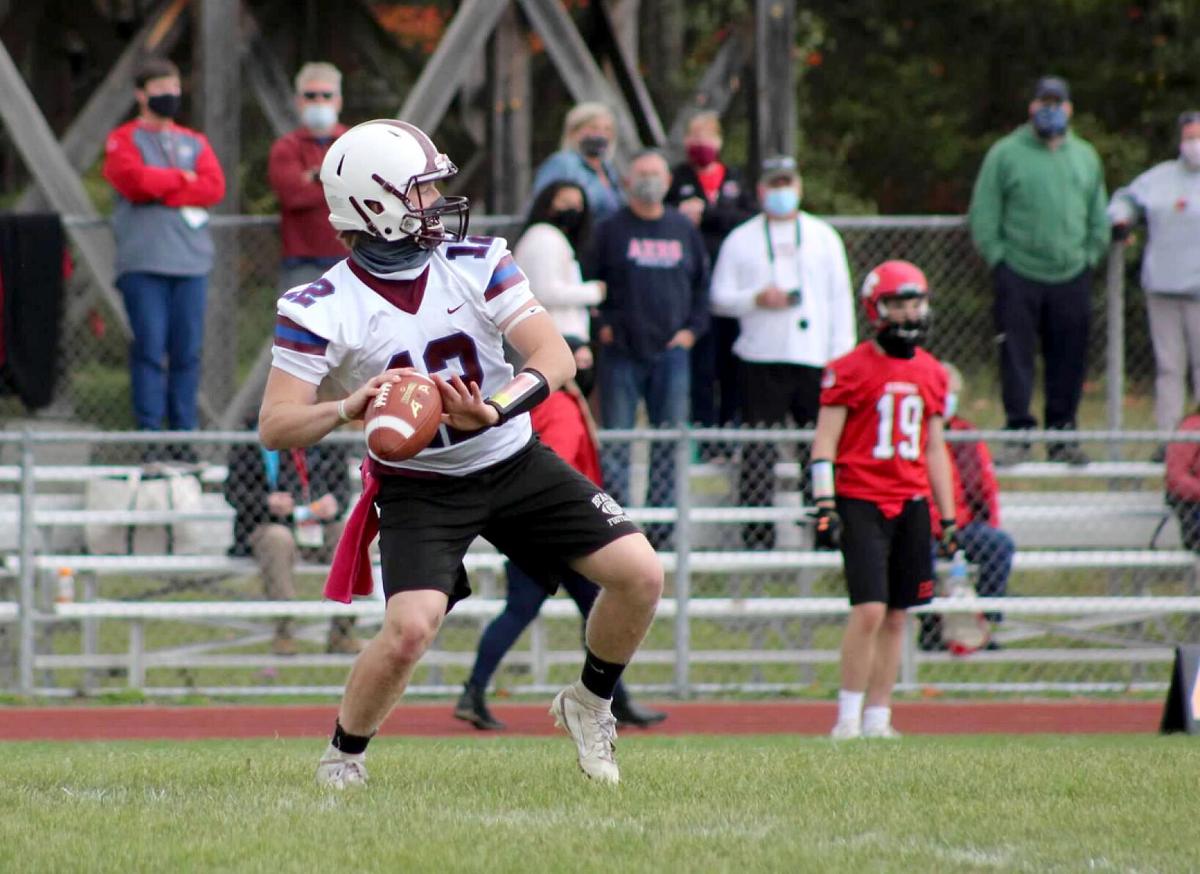 Will Mlcuch of BFA Fairfax/LU prepares to throw the ball during Saturday's game against CVU. COVID protocol required a regional rather than a state schedule, which resulted in Fairfax/LU playing the majority of their games against DI and DII opponents. 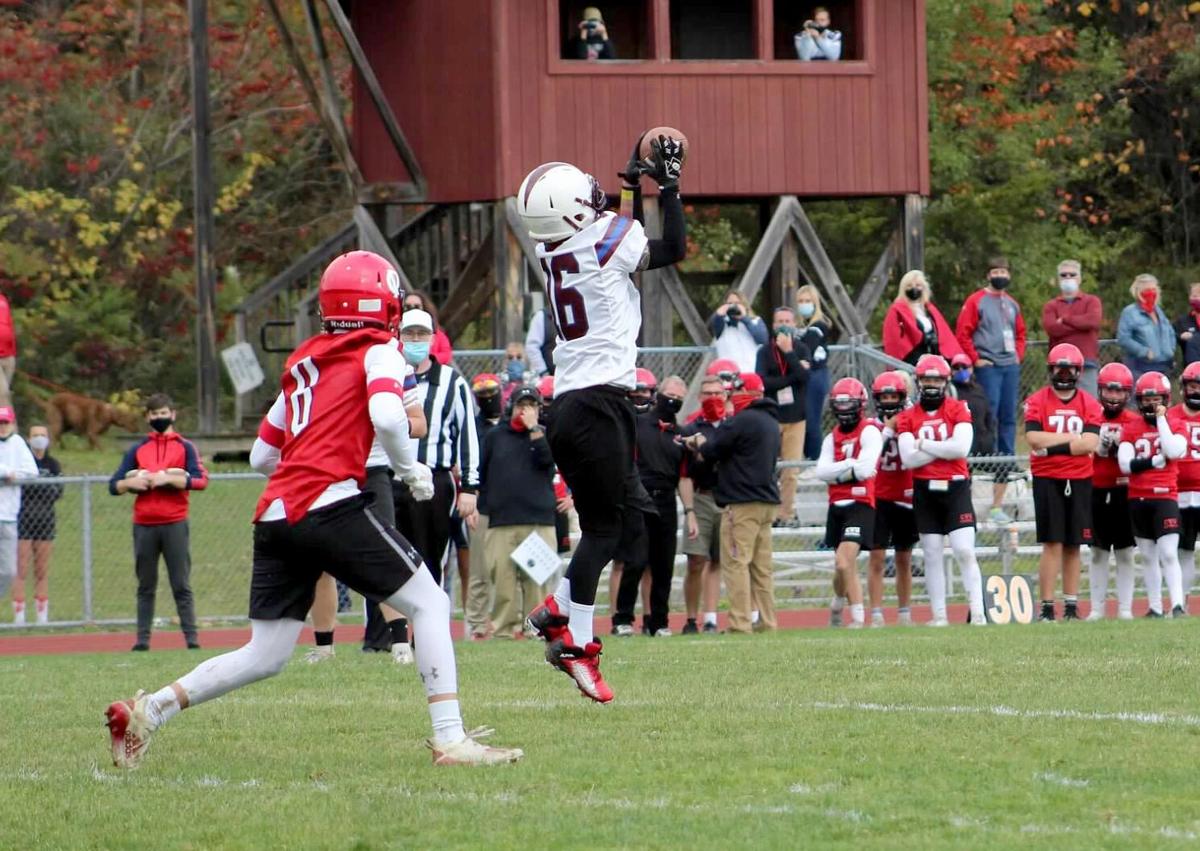 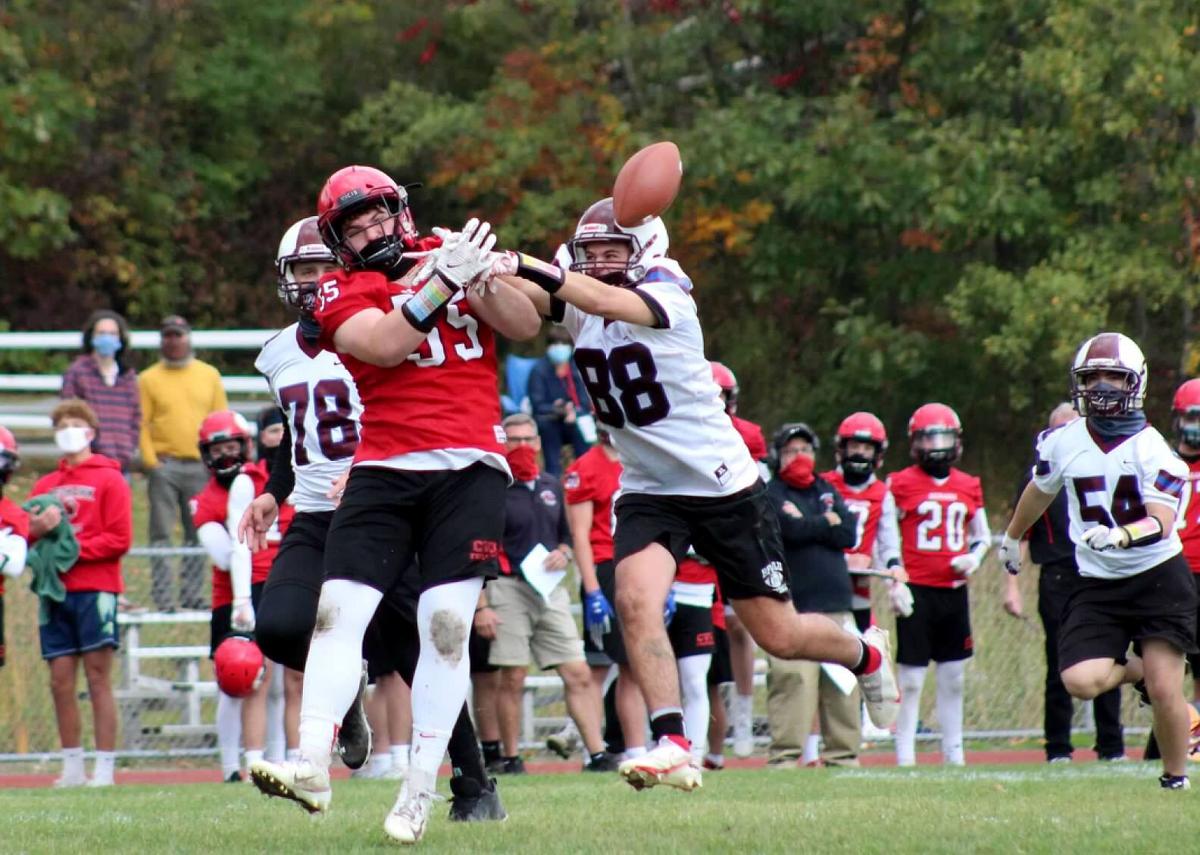 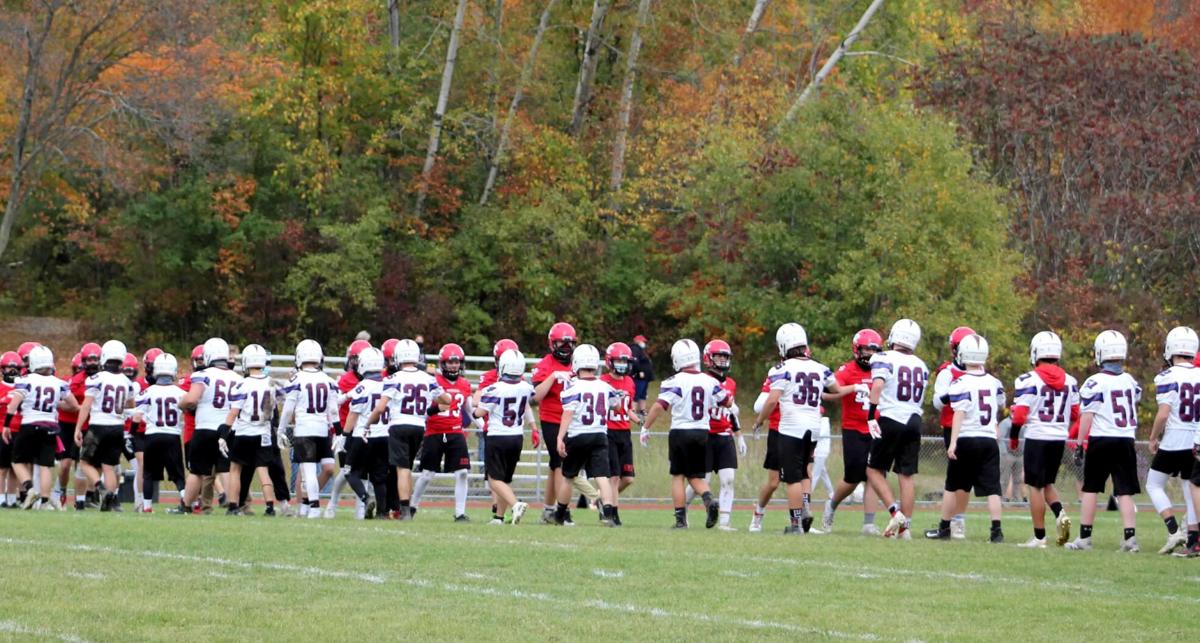 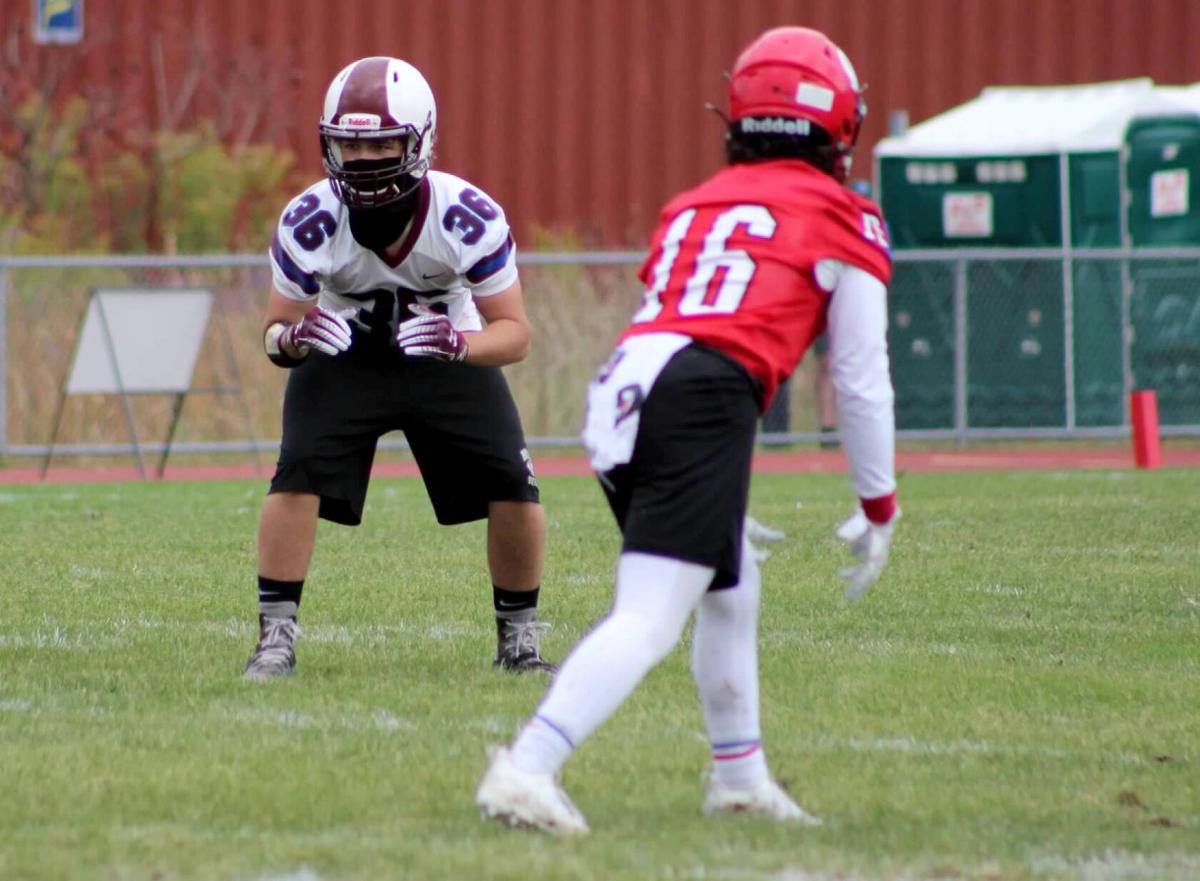 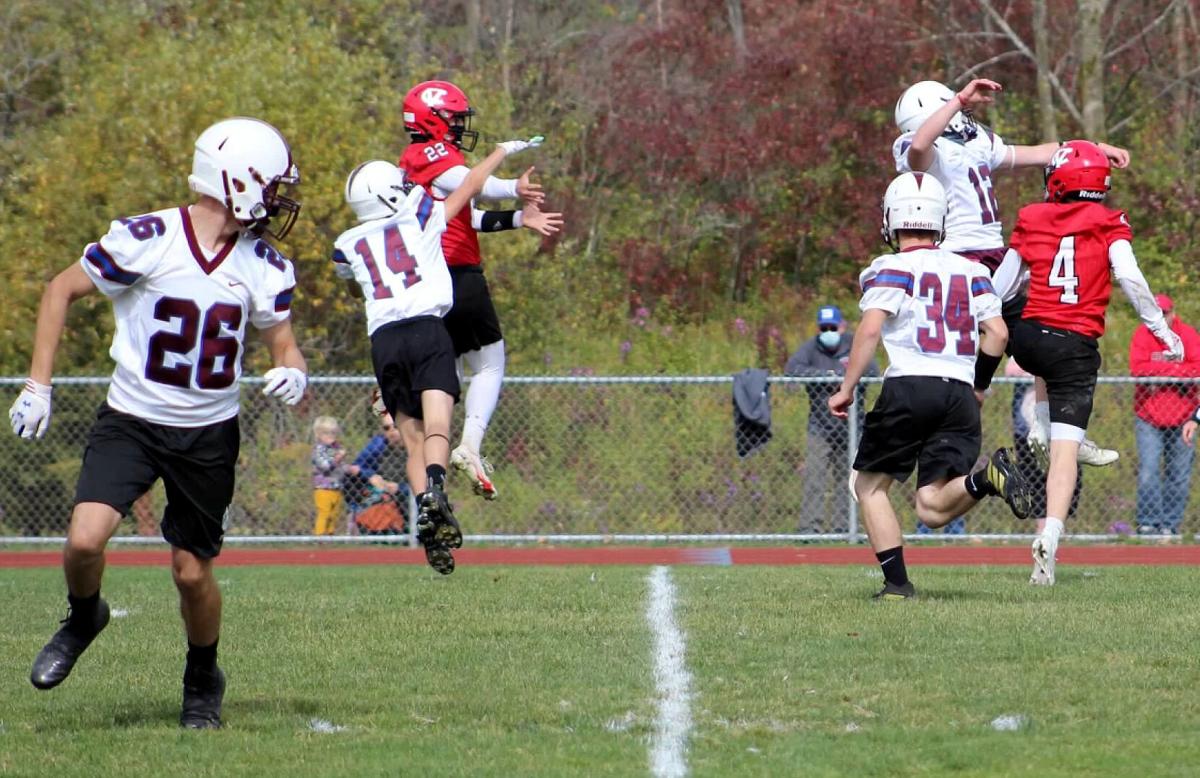 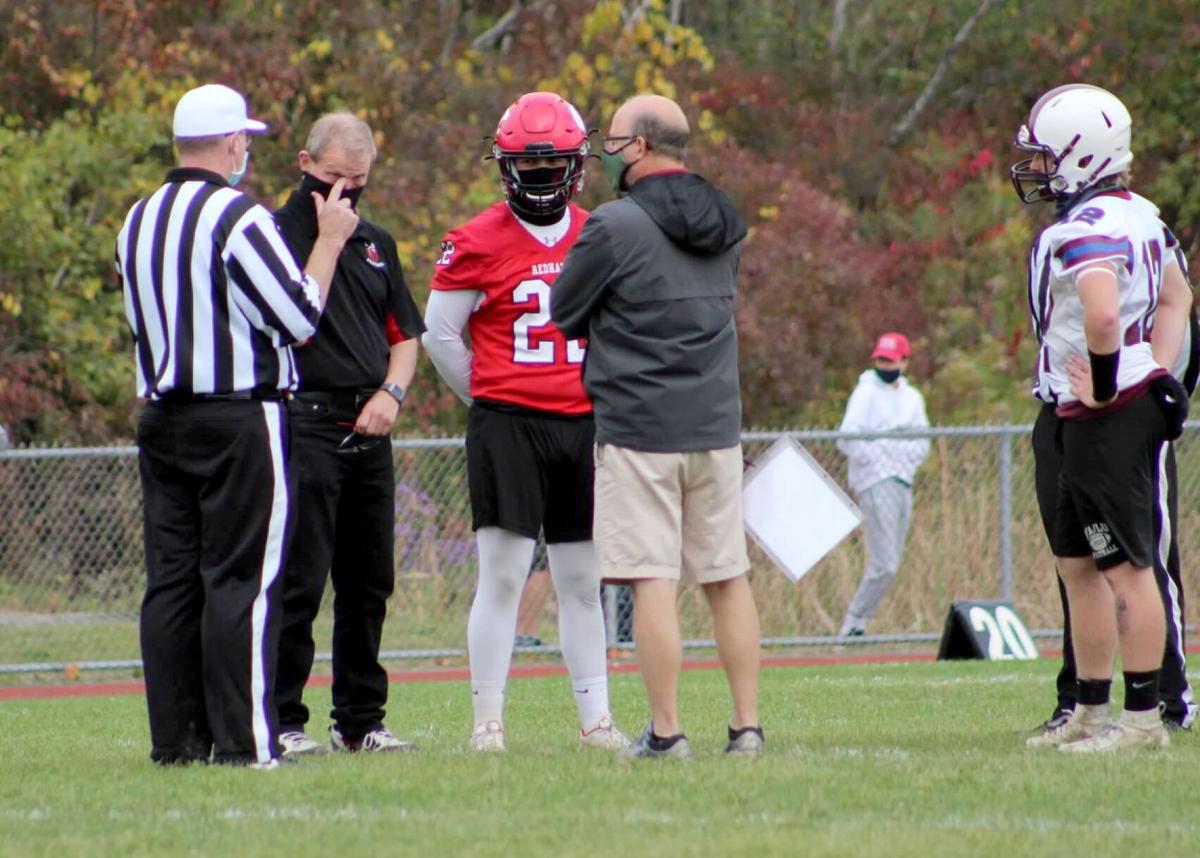 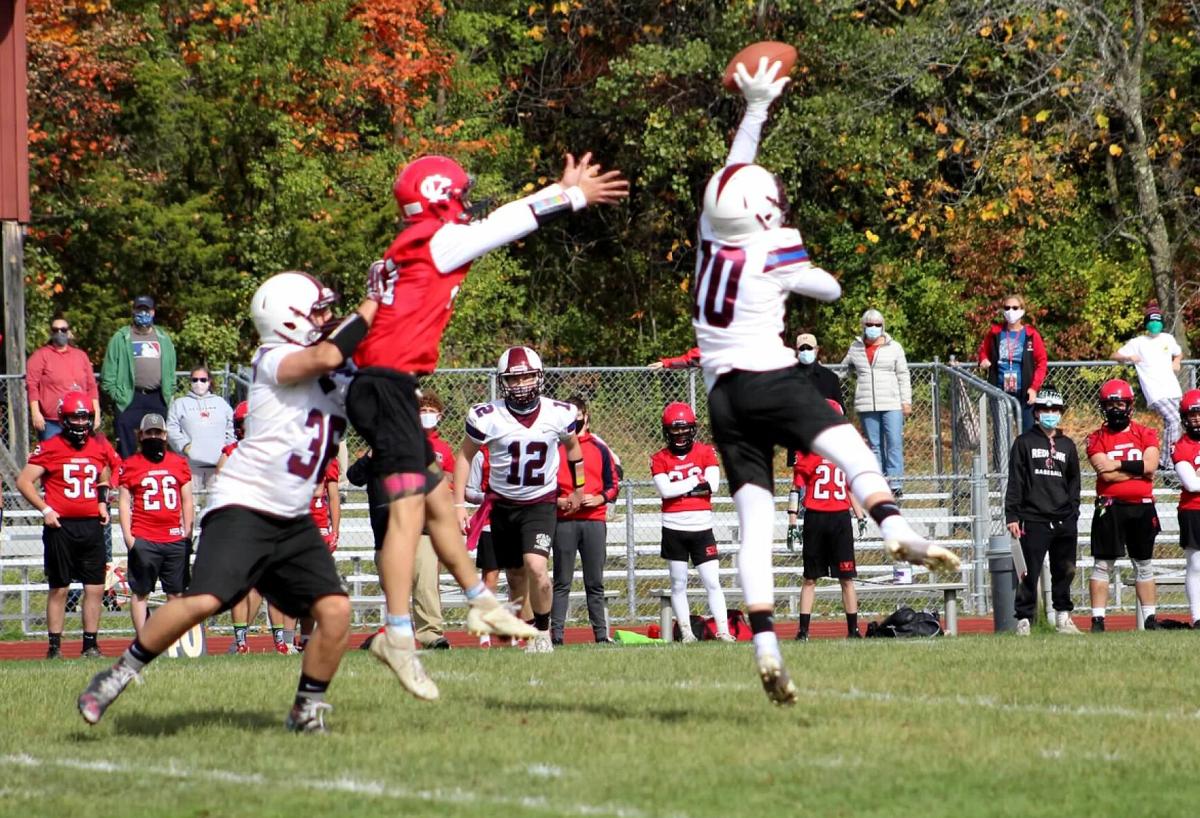 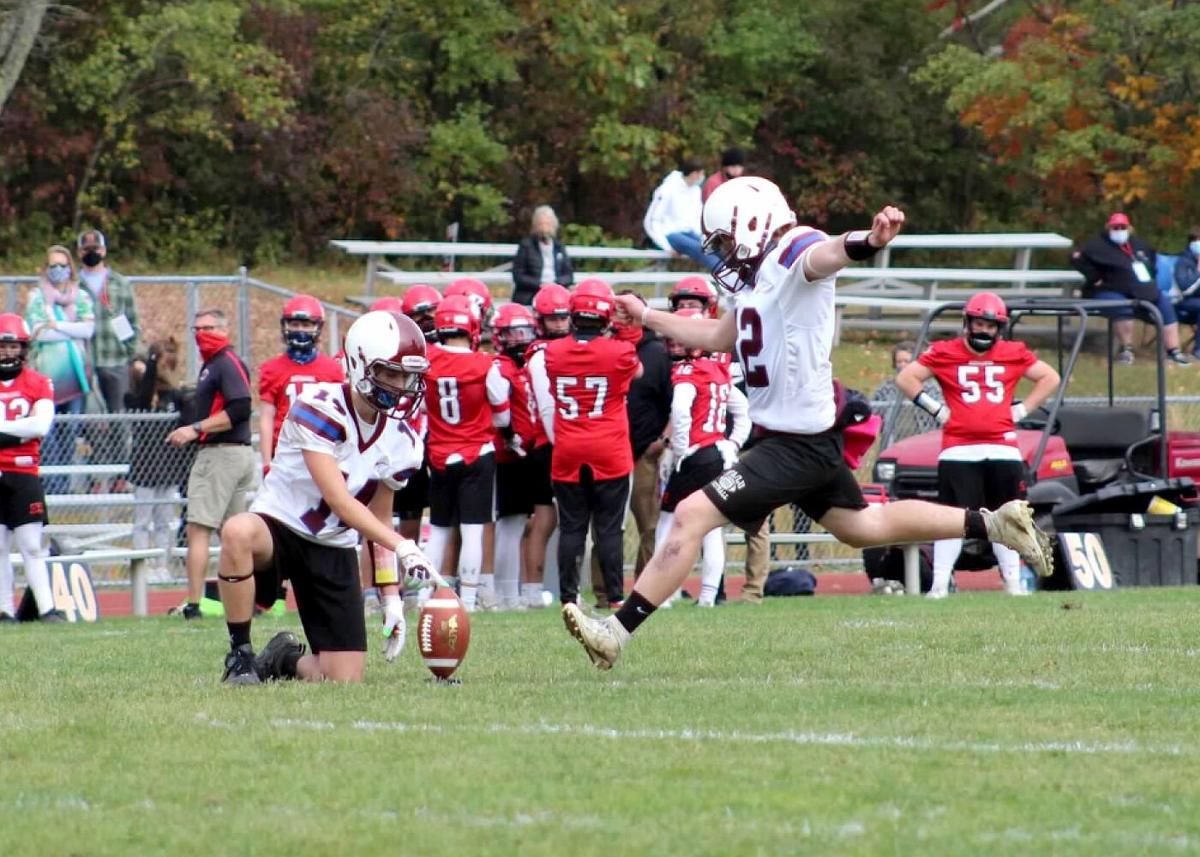 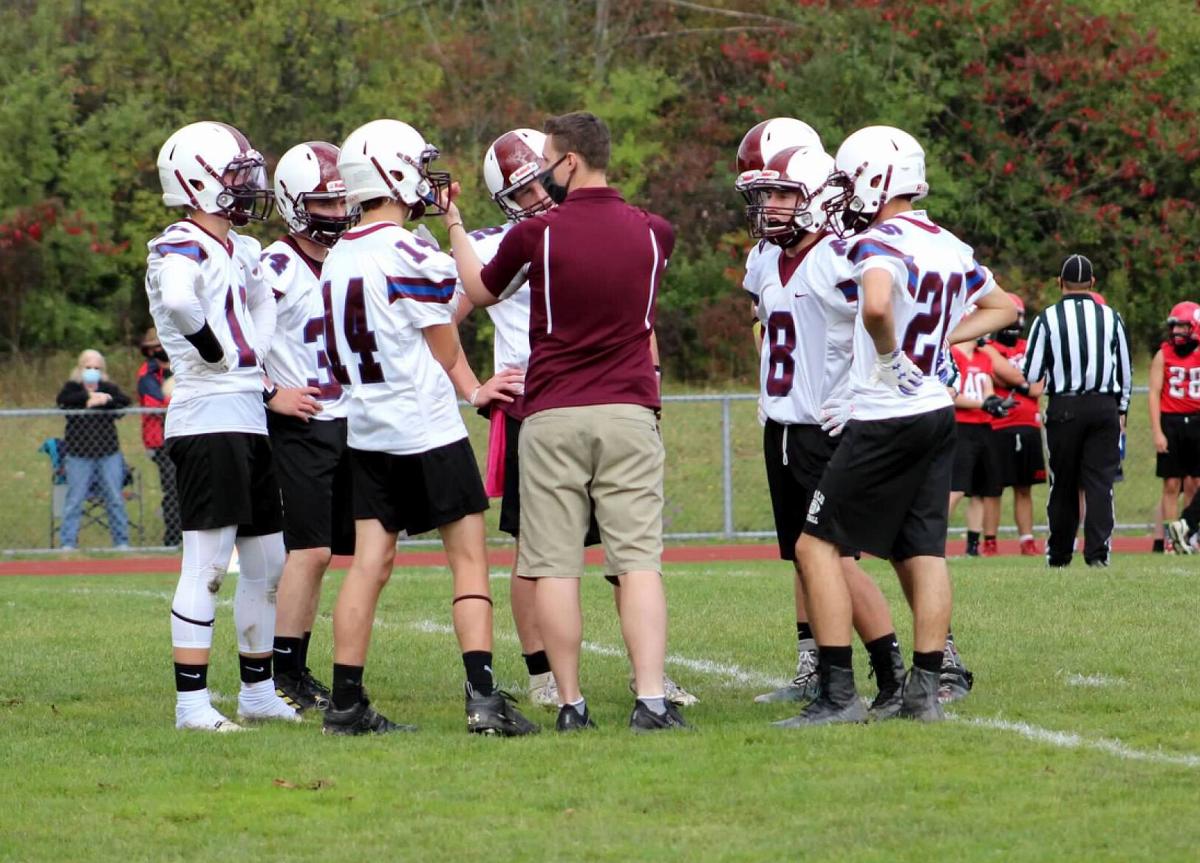 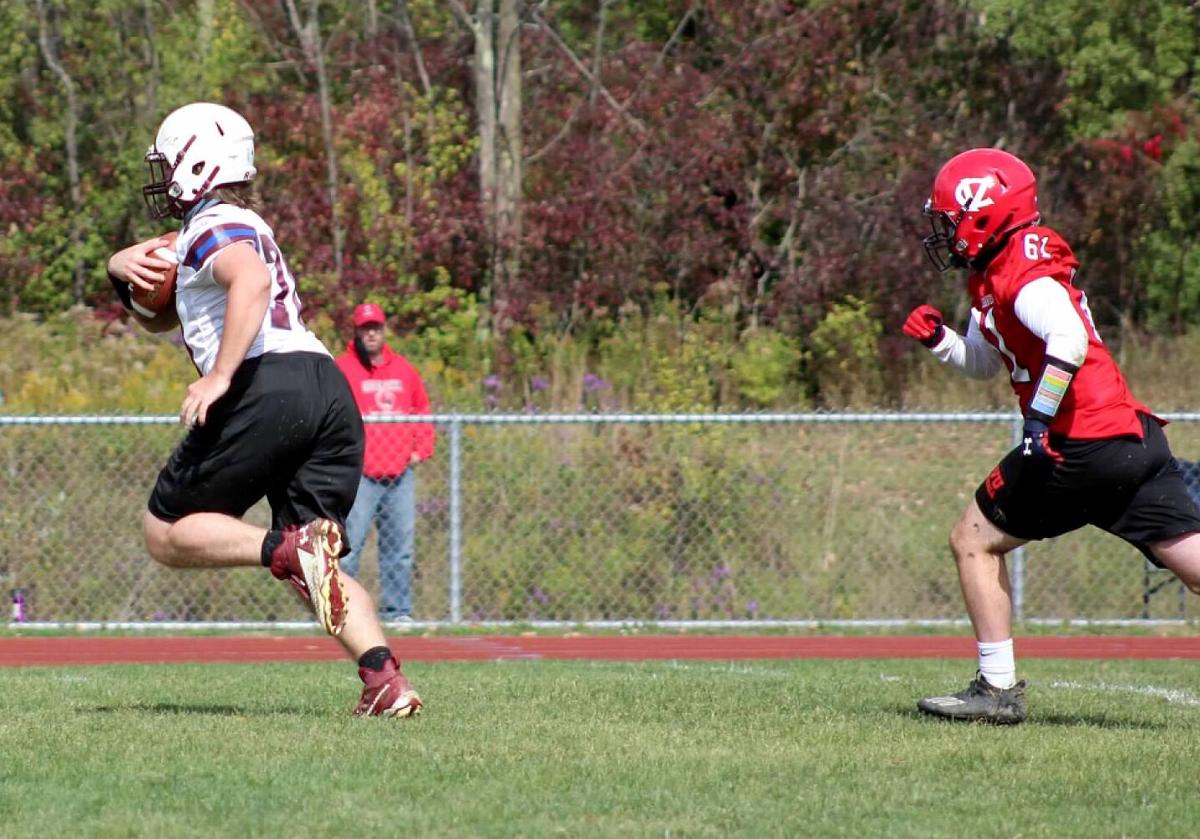 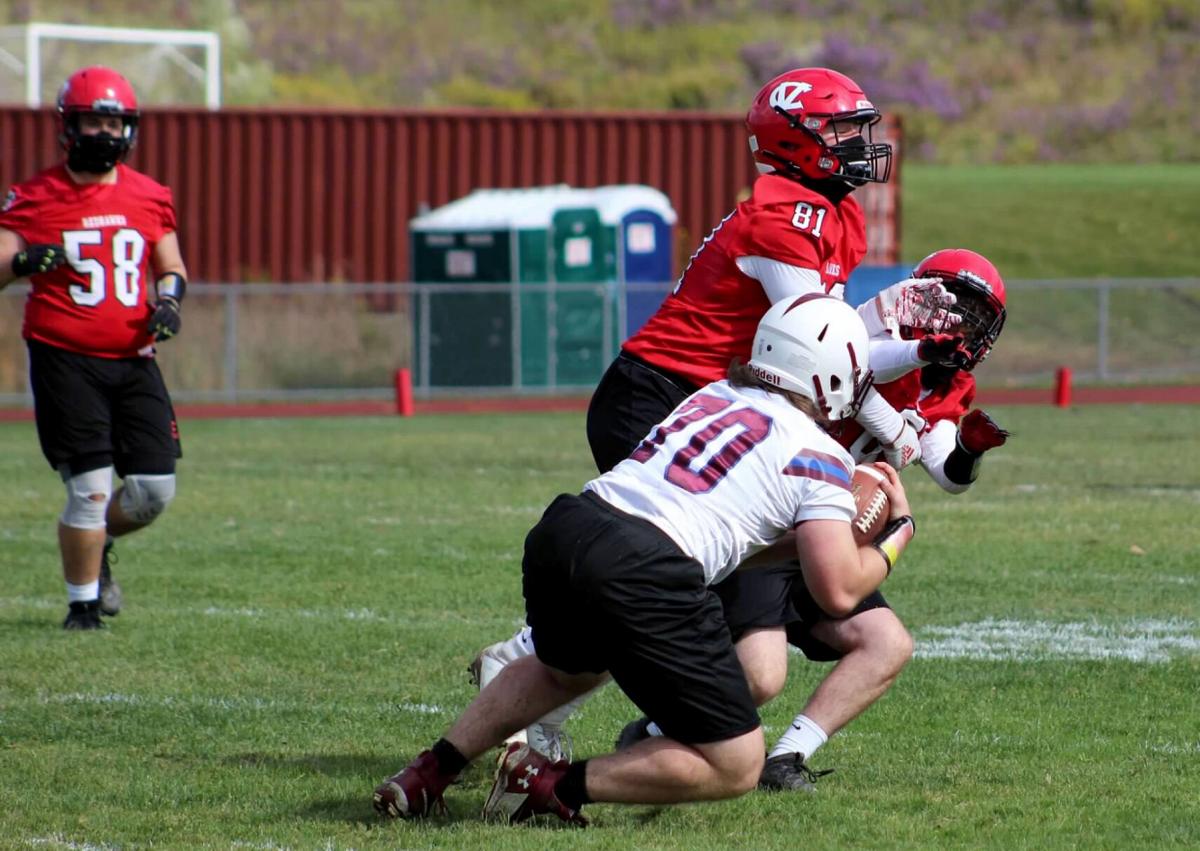 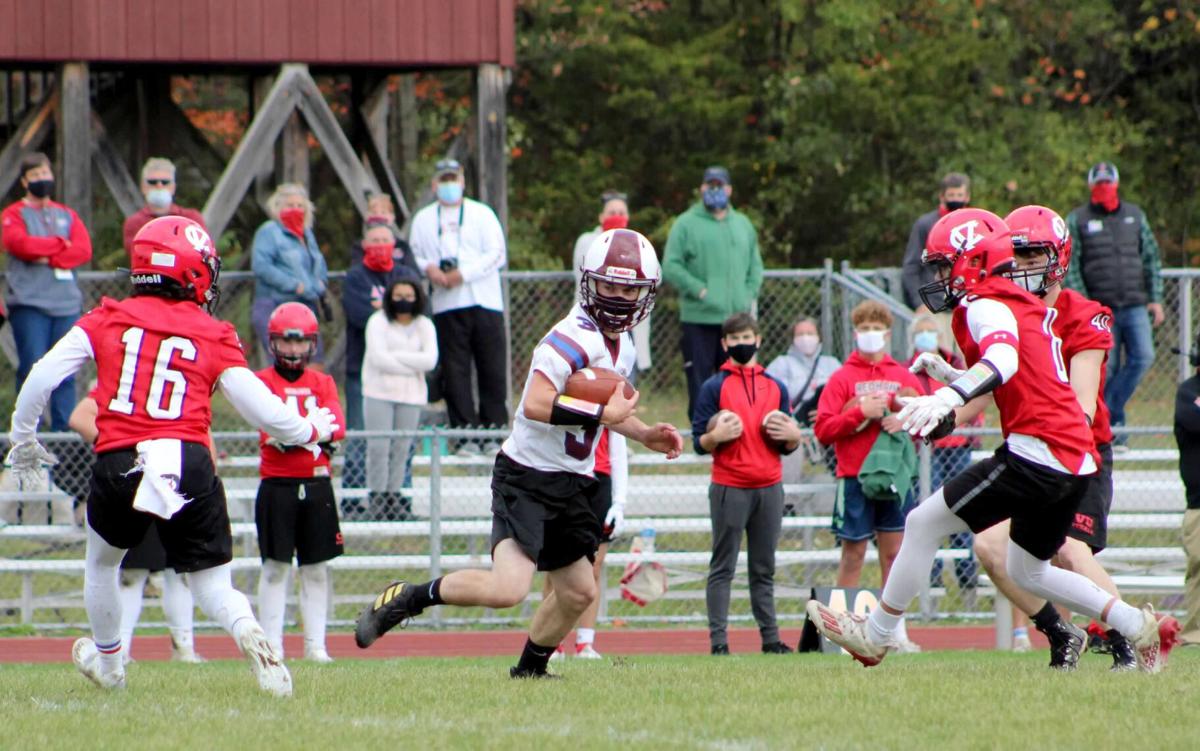 Will Mlcuch of BFA Fairfax/LU prepares to throw the ball during Saturday's game against CVU. COVID protocol required a regional rather than a state schedule, which resulted in Fairfax/LU playing the majority of their games against DI and DII opponents.

HINESBURG — There's no doubt that the BFA Fairfax/LU football team will leave a lasting impression on the DI and DII football community after the COVID season is over.

Fairfax/LU has played three DI opponents, falling by no more than five points against teams two to three times their size.

Saturday, Fairfax/LU traveled to CVU to take on the Redhawks, and while the Redhawks earned the narrow 35-34 lead, it didn't come easily.

The Redhawks held a 7-0 lead at the half and a 28-14 lead later in the game, but the Bullets weren't giving up.

With three minutes remaining in the game, the Fairfax/LU team went on a drive in the fourth quarter and scored, bringing the score to 28-21.

"Cooper Harvey got an interception, and we put together a little drive and scored with about a minute left in a game," said Fairfax/LU coach Craig Sleeman. "We Kicked the extra point to tie it."

CVU scored right away in overtime and kicked the extra point to tack on another point.

Fairfax answered with a touchdown of their own.

"We scored on the play and went for the extra point, but their defense made a good play," said Sleeman.

"Our kids have really embraced the philosophy we have--if you're going to do it, do it right and do it to win. I'm very pleased with that."

Will Mlcuch: 5 touchdown passes, kicked 4/4 on the extra point, and 270 yards passing.