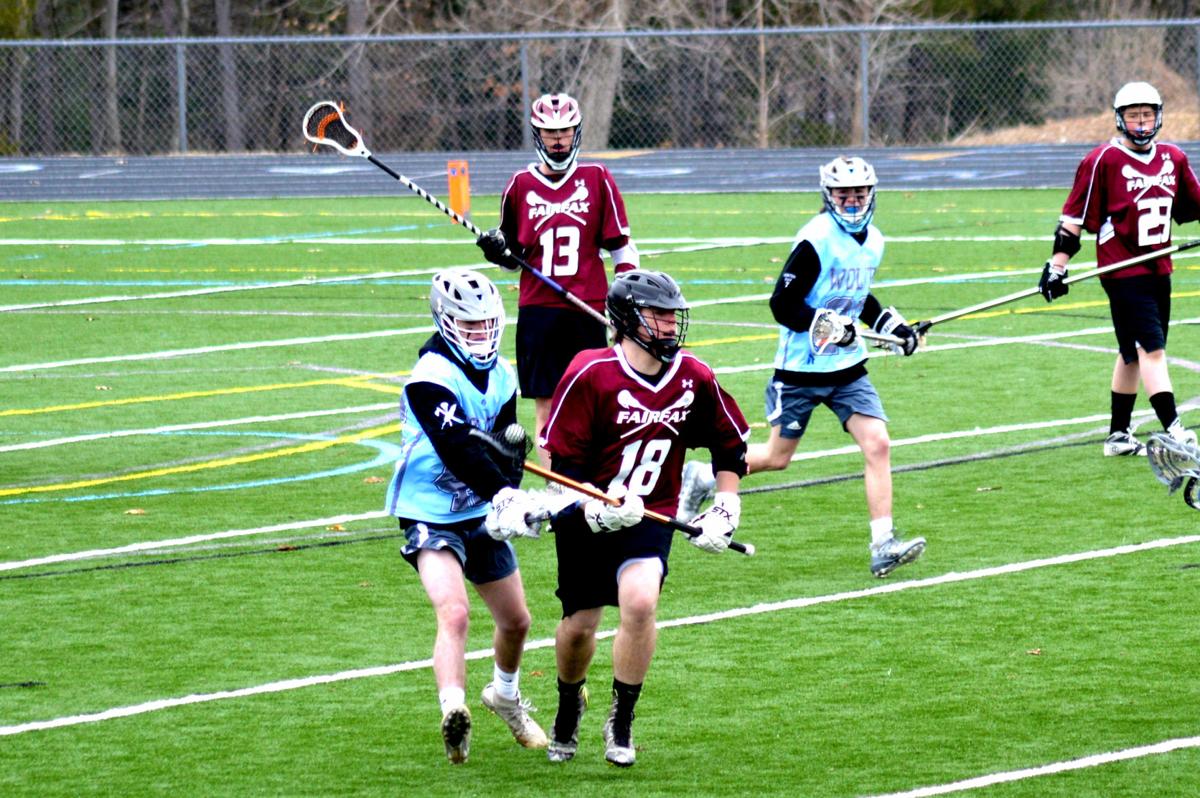 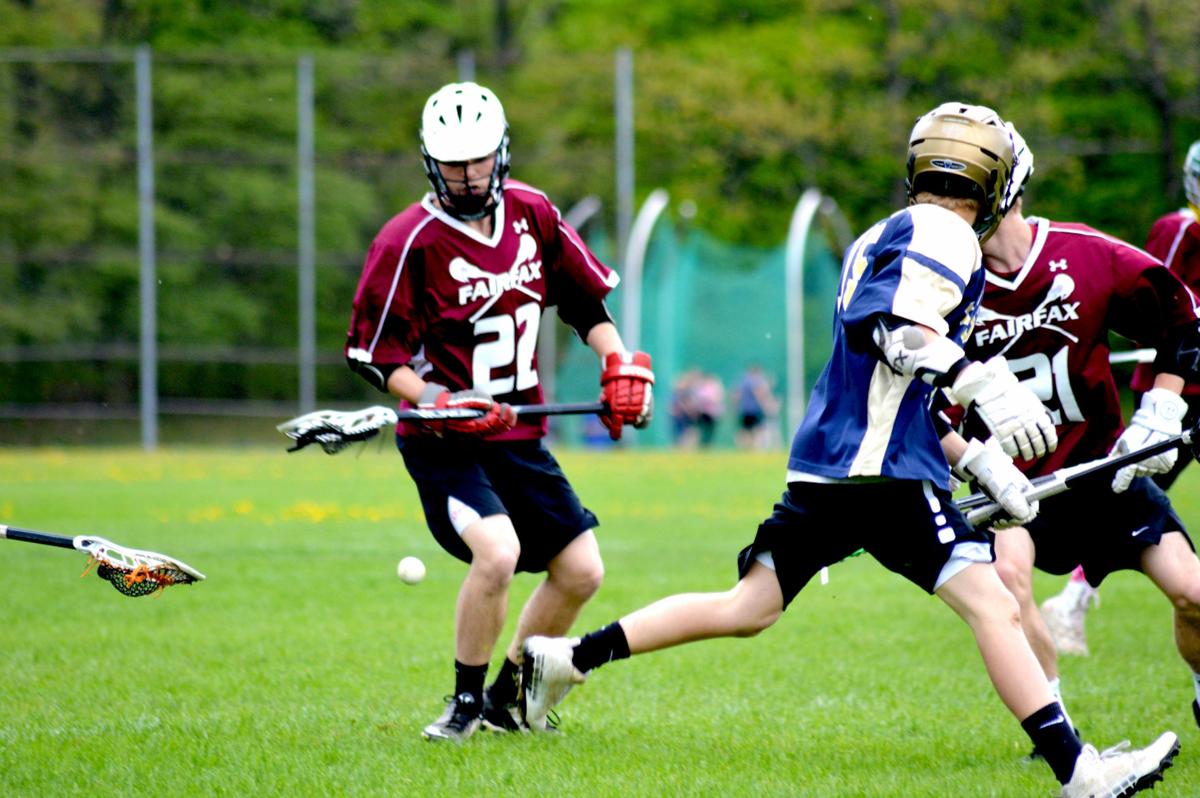 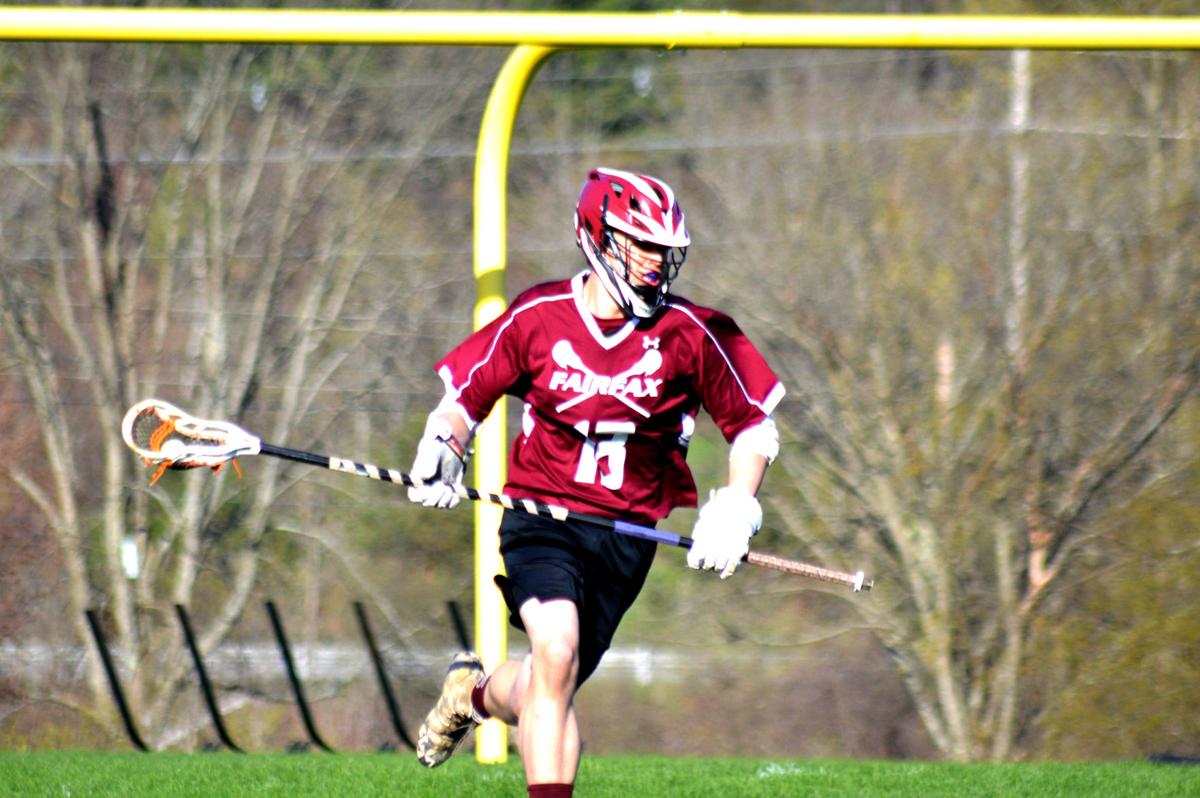 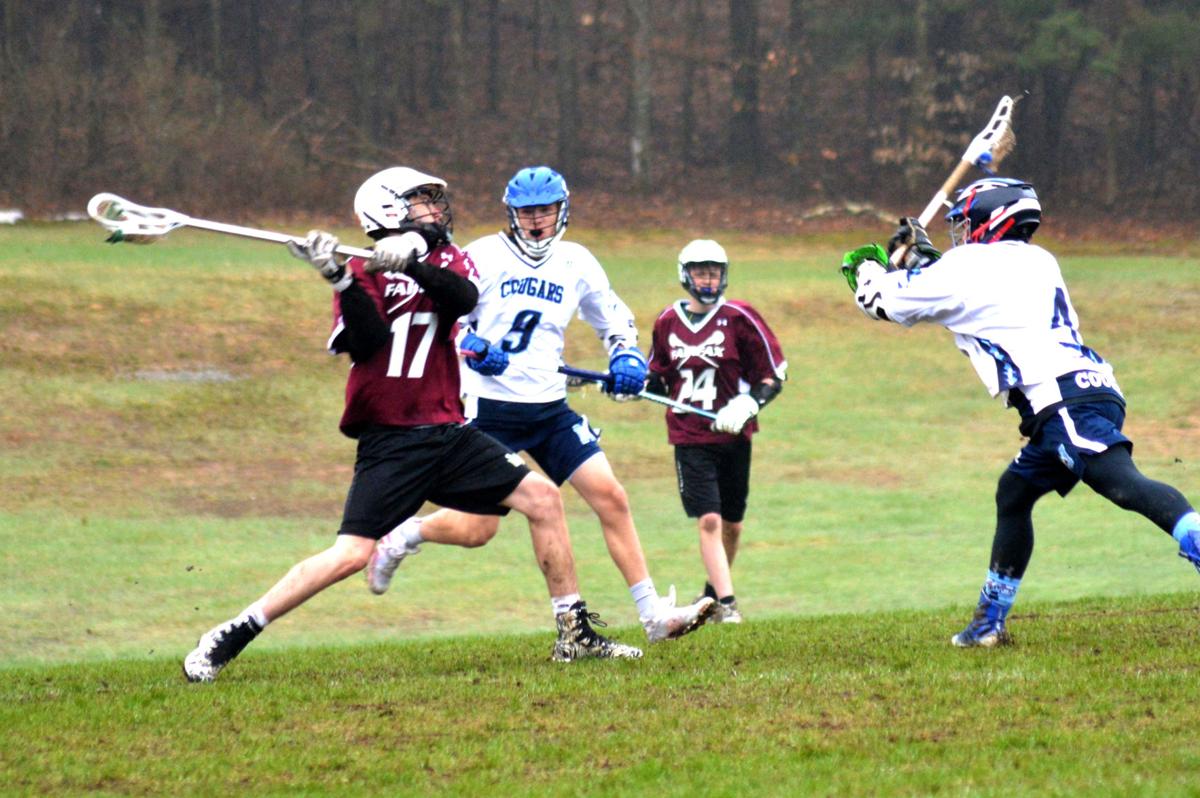 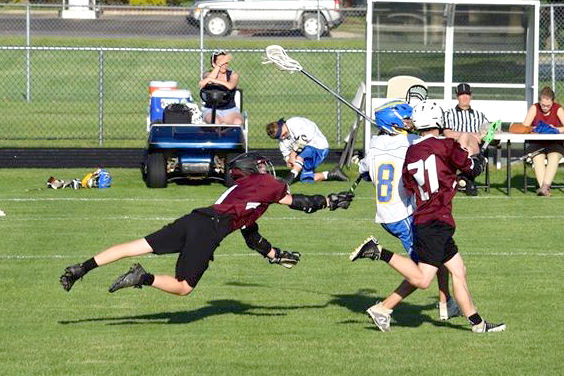 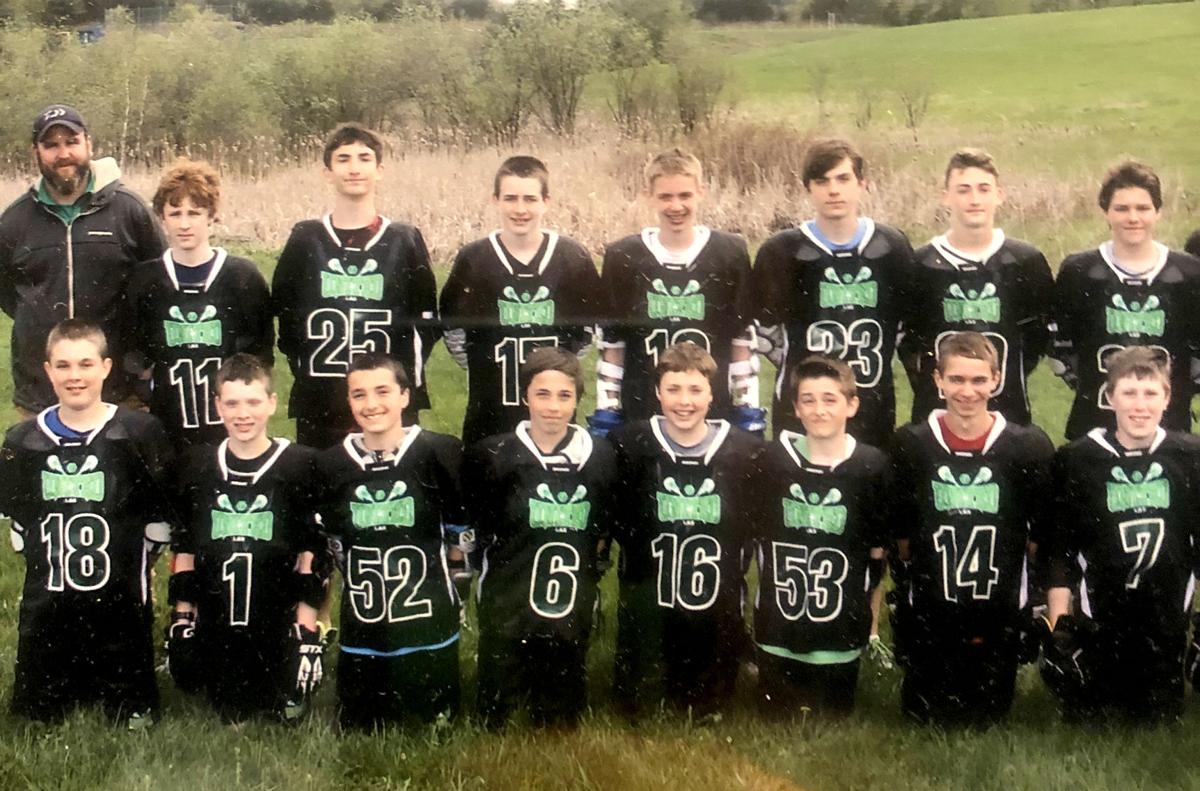 FAIRFAX — Dave Adams, head coach of the BFA Fairfax lacrosse team, will have to wait one more year to begin the program’s first varsity season.

This year was to be the inaugural varsity season, something Adams, coach Jenn Gomo, and the five returning seniors had been anticipating since the start of the 7/8 grade Fairfax United Lacrosse program.

“I’ve had a unique relationship with these kids, one that most coaches can only dream of. I’ve coached them for six years, and I’ve come to love them,” said Adams.

“At the end of last year, we went 7-1, and I told them how excited I was for the next season. All summer and all fall, we talked about it: 2020, we were ready to go and had such good momentum.

“The five core members stuck with us through the struggles! In the early years, we were practiced all spring for one game. There was a lot of frustration and growing pains, and this was their year!

“Having the season cancel was heartbreaking. The team had so much potential, and I can’t say enough good things about Geri and the surrounding community.”

Initially, the program worked to build up numbers to field a team. When this year’s seniors were in middle school, the team played two scrimmages a season.

Lacrosse got its start in the district in Westford in the early ‘90s as an elementary level offering. After a few years, a partnership was formed with Fairfax.

As the population of the Westford school decreased and the interest in the sport grew in Fairfax, the program moved to Fairfax, and Adams began coaching the Fairfax 7/8 Program before moving on to coach the United Lacrosse Club Highschool team in 2016.

The sport became a full-fledged athletic offering through the school in 2017 as the JV Club grew from 1 game a season to a full 10 game season in 2019.

“Without the community, this wouldn’t have been possible,” said Adams. “Lacrosse is not an easy sport to pick up; it’s very gear intensive. The Fairfax United board and the community have done a tremendous amount of work to make this what it is.”

No one can restore the season this year’s seniors lost, but Adams gladly recognized them and the unique qualities each one brought to the team.

“Robbie Dearborn is one of those players who’s creative, nontraditional, and lucky! He puts the ball in the back of the net, and as a coach, that’s what you want,” said Adams.

“My vision of Robbie will always be a dive towards the net or diving after a player who may have got past him. Robbie embodies determination.”

“In the future, the Robbie Dearborn award will go to the kid who is unbelievably lucky in whatever he does on the field! He gets it done in an untraditional way!”

“Kieran’s my leader. He’s my senior captain; he’s been the rock of my team and my defense for all four years on the squad,” said Adams.

“He’s one of the most coachable, open, straight forward kids I’ve ever coached. He makes coaching fun, and he’s helped me become a better coach.”

Alexander Holmes-Henry was a defenseman for Fairfax.

“Alexander is a quiet defenseman, but don’t let that fool you, his quiet contemplation has him taking it all in so he can do the job at hand. When he made his move, it was effective, and I was looking forward to seeing him stand out as a key defenseman this season.”

“Anything I needed from him, he was ready to do it. He wanted to specialize in a defensive mid-fielder position, so he did a ton of running, worked hard before and after practice getting better, and would always leave it all on the field. The true definition of a workhorse,” said Adams.

“He began playing lacrosse in the seventh grade, and I got to watch his skills grow every season. He would do the extra work outside of practice to make himself better. He’s an outstanding young man and someone that I will truly miss seeing on the field.”

“The Levi award would be my ‘Swagger Award.’ He embodies the lacrosse lifestyle on and off the field. He has the mentality, the style, and the skills to back it all up too. He’s my go-to guy on the offensive end for stability, he’s got a good attitude and always works hard,” said Adams.

“He is my Ying to Robbie’s Yang on the attack end and sometimes that is needed to keep coach sane on the sideline.”

A smile could be heard in Adams’ voice as he spoke of each of his seniors.

“When I started coaching in 2004, it was my vision to coach a varsity program that I helped build. It was a personal goal, which made the effort and the work all the more important and why I so proud of all we have accomplished together.

“Lacrosse in Fairfax will be my home for as long as they’ll have me. I’m excited to have landed here, and I hope to have this develop and grow.”

“The safety and well being of our students and community is first and foremost, obviously. With that said, my heart broke for our spring athletes when the cancellation was final, especially our Varsity boys lacrosse players who would have been making history in our school this spring. This senior class was an instrumental part of a vision created by athletes, coaches, and families years ago. I’m proud of the work they did making lacrosse at BFA Fairfax reality, and although they weren’t able to compete this year, their legacy will continue on in future seasons.”