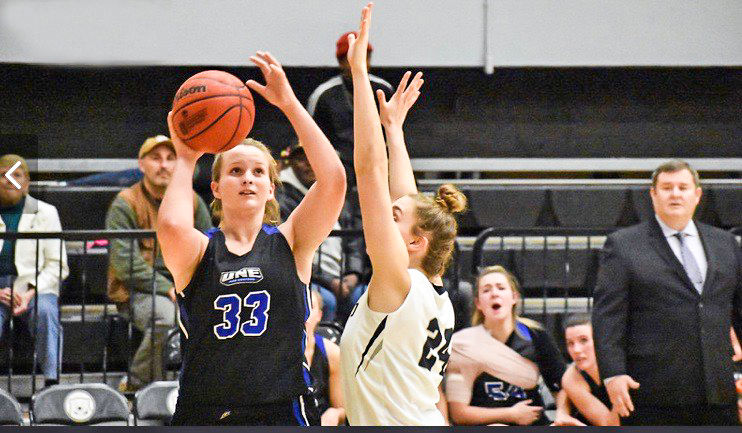 Kaylee Beyor takes a shot during her freshman season at UNE. 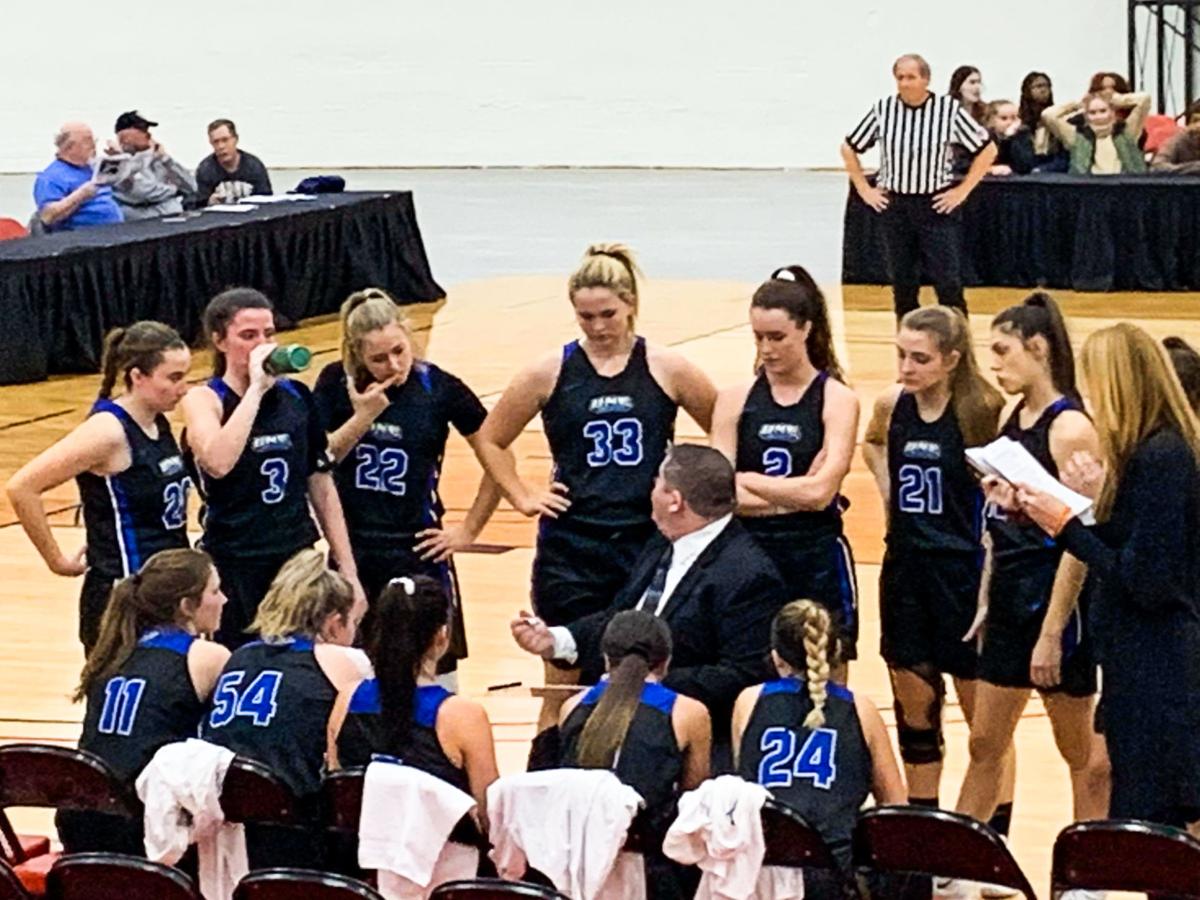 Kaylee Beyor takes a shot during her freshman season at UNE.

SWANTON — Kaylee Beyor's freshman year came to a dramatic close in mid-March as colleges across the nation emptied due to the Covid-19 virus.

"My teammates are great people, and my coach Anthony Ewing is awesome, too," said Beyor.

"Before I had committed to the school, he told me he could see me on the floor contributing and being a big part of helping the team get to where we needed to be."

This year, the Nor' Easters made it to the Commonwealth Coast Conference championship game, where they faced Endicott.

UNE has, historically, done well in the CCC. The last two seasons, they made it to the championship, and the six years prior, they won the title and went to the DIII NCAA tournament.

"My coach told me in the beginning that it was going to be challenging and that he'd be looking to make me better. I took that and played my game," said Beyor.

"When he told me I was starting in the very first game, I was pretty shocked and a little nervous.

"The first thing I did was text my dad. He reminded me that I wouldn't be there if I hadn't earned it."

Beyor was named Rookie of the Week twice in her inaugural season.

Beyor was also selected as an All-Maine Rookie, one of five women given the honor.

"I've been pretty shocked about all the accolades I've received," said Beyor, candidly. "I told my coach that I wanted a role on the team and wanted to contribute.

"As a freshman with a starting position, I knew I had a role in helping my team win, and that's how I thought about it all season."

A few moments from her freshman season stood out to Beyor. One of them came in practice.

"We were having a bad day, and our coach put us on the baseline. He told me to run down and back in 12 seconds and told the team that if I didn't do it in that time, he was going to make everyone run.

"I made it, and the team didn't have to run. I wondered why he picked me because I wasn't the fastest on the team," said Beyor.

"A teammate asked why the team hadn't all had to run, and Coach Ewing told us that he used me as an example to show that if we kept working and kept focused, we'd be able to do what we needed to do."

A game against Western New England, the team the Nor' Easterns fell to in the semifinal last year, also stood out.

"We lost the game at home, and we'd been undefeated before that. Our coach encouraged us to take that feeling and move forward rather than dwelling on it.

"I can tend to dwell on things, but I took his advice and chose to move forward. The next time we played them, in the semis, we crushed them!

"They were undefeated until that point. It was super rewarding to get there and beat them!"

With one successful season under her belt, Beyor thanked the people who've inspired her to keep working toward her athletic goals.

"My dad was, by far, the hardest person to please on the court when he was my coach in elementary school, but I thank him for it now. If he hadn't pushed me, I wouldn't have the work ethic I do.

"I started working with Wayne Lafley, of Lone Wolf, in the sixth grade. I remember he asked me if I was any good. I told him I thought I was; he asked me to take a left-handed layup, and I couldn't make it.

"He told me we were going to do the whole workout with my left hand. To this day, people ask me if I'm a leftie. He's always trying to make me better."

Beyor, like many competitive athletes, has hit some obstacles in her career.

In the summer before her freshman year of high school, she underwent double knee surgery to repair dislocating knee caps.

"I went through some dark times with that. I was worried I wouldn't be able to play, and I didn't know what to expect. My dad was my rock; he always assured me I'd come back stronger," said Beyor. "My mom was also a big support for me.

"I've put a lot of time in the gym to get back. I spent twelve months of straight work just to get back to half of where I was before the surgery."

Beyor hopes to be an inspiration to others.

"I want people to know they can do anything they set their mind to. If they have the time, dedication, and motivation, they can achieve what they want to. It sounds cheesy, but it's true.

"I'm so grateful for the support I've had in my athletic career, and if I could do that for someone else, I'd love to."

The last week of school, Beyor had a meeting with coach Ewing to recap the season. He informed her that she was the third leading rebounder and the fifth leading scorer on the team. At that rate, she is on track to be a 1,000 point scorer.

"That really put it in perspective," said Beyor. "I guess I did contribute like I wanted to this year."