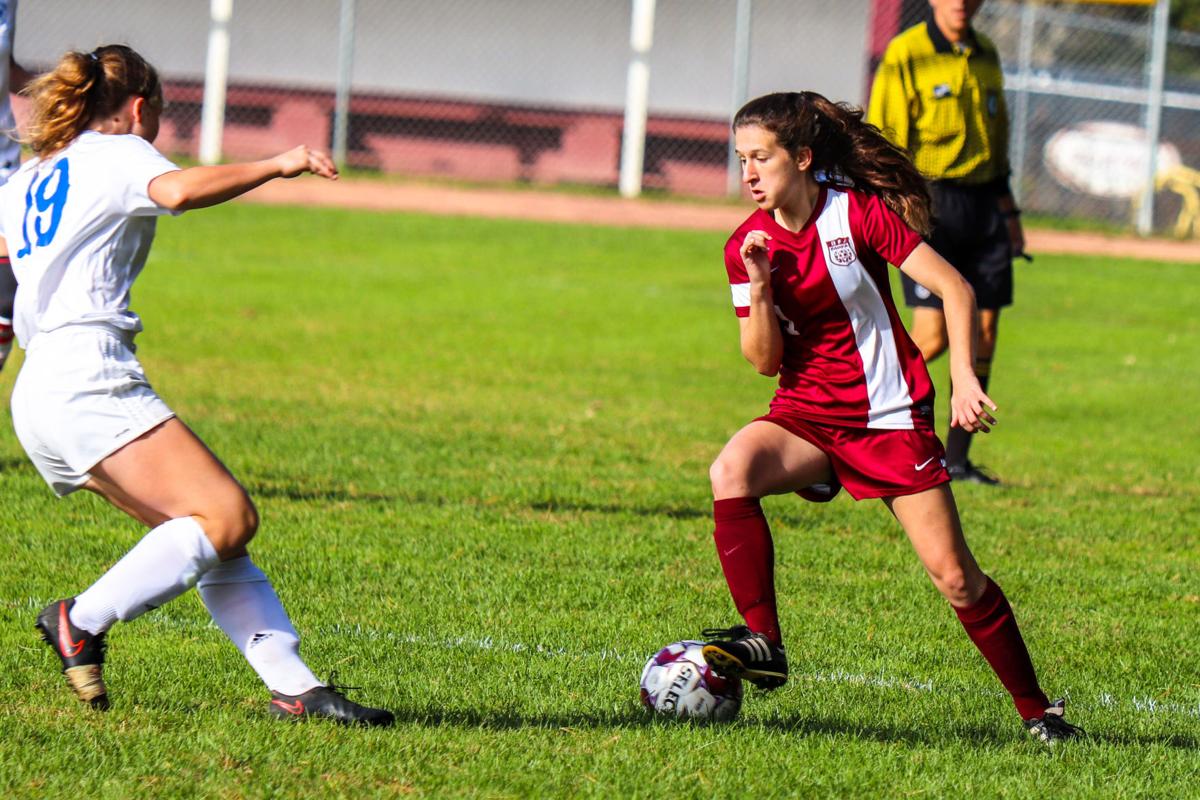 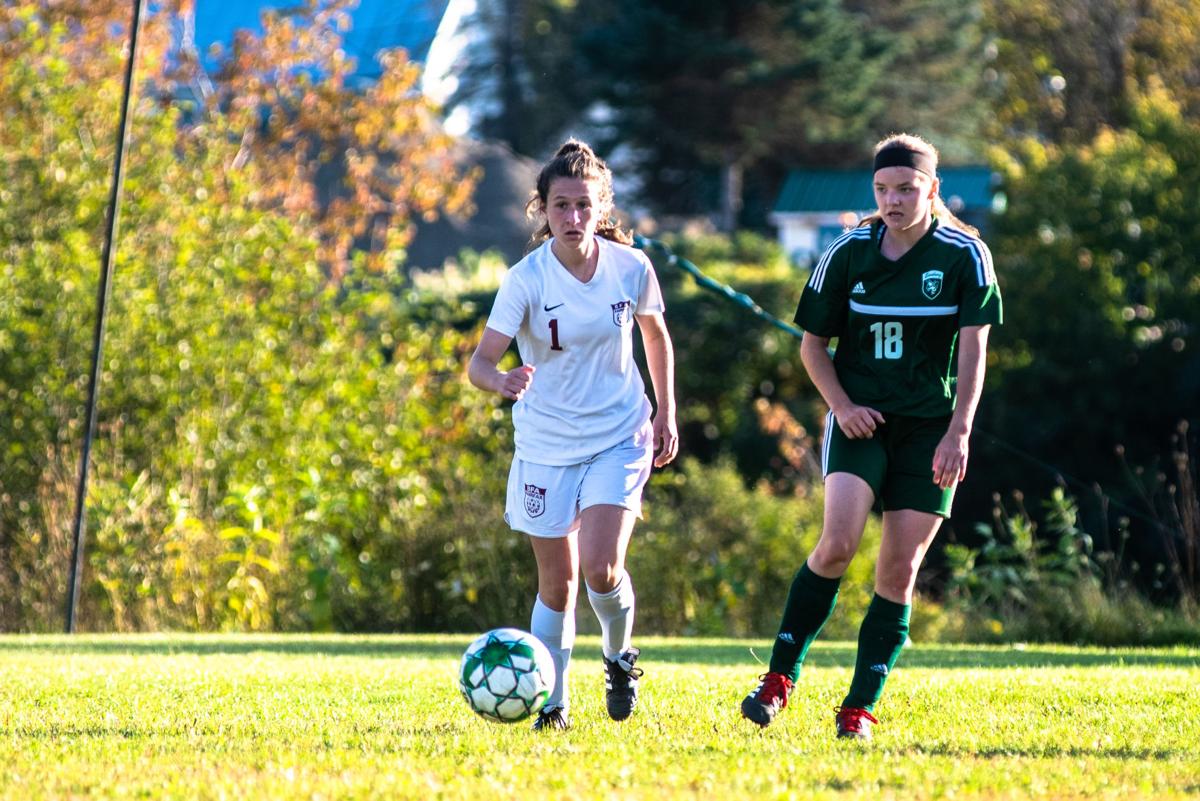 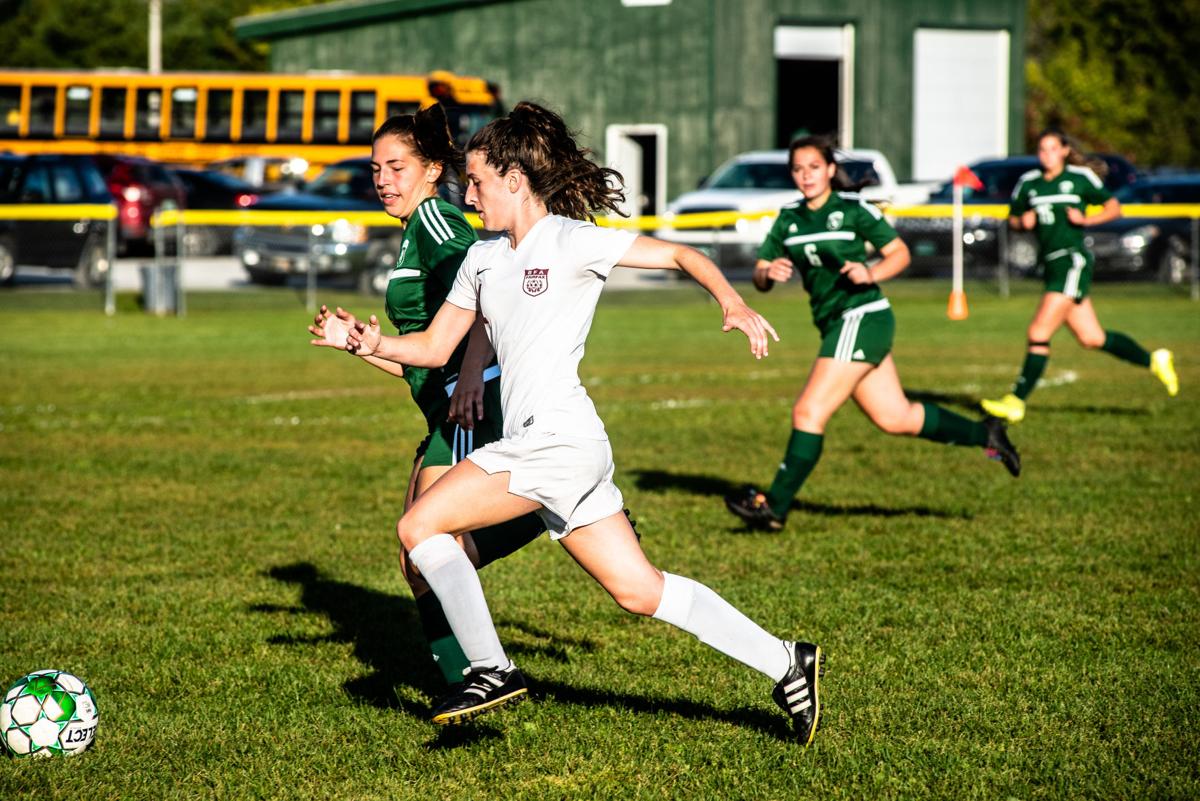 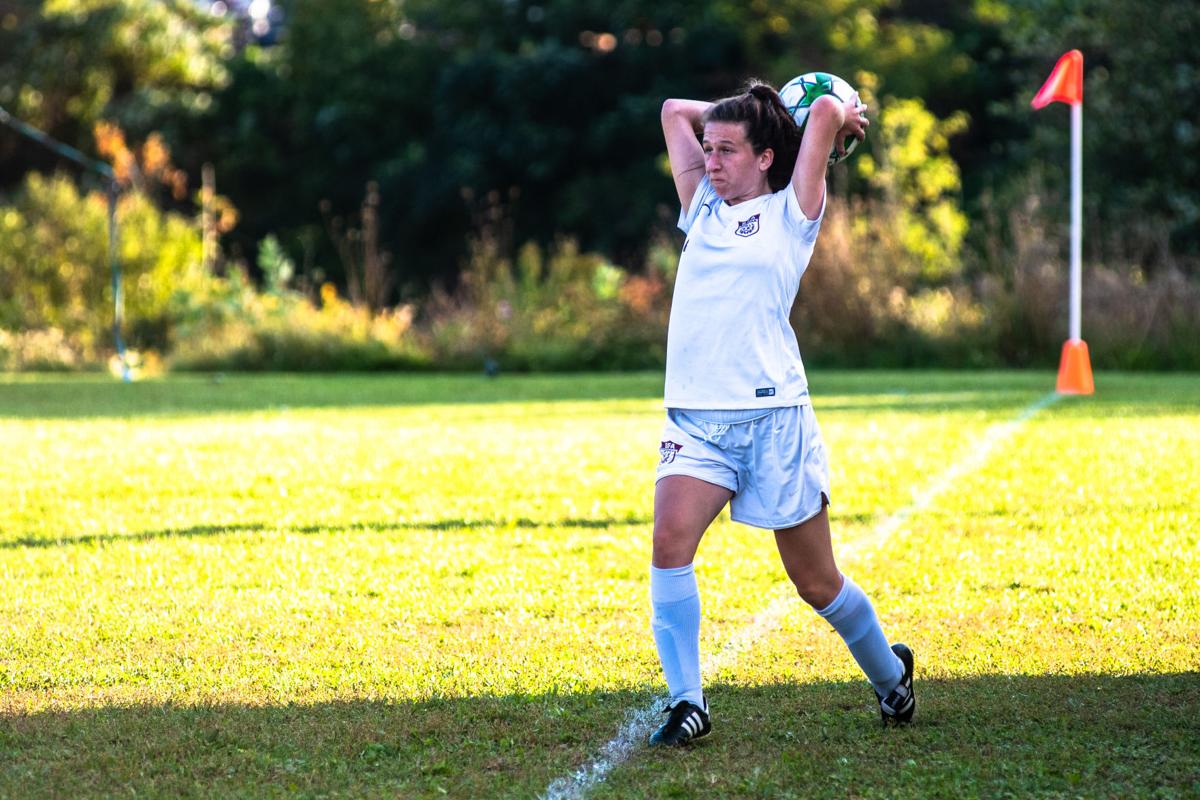 Kali Wooster, a sophomore at BFA Fairfax, caught the attention of her coach, Jojo Lynch. The effort and excellence that Wooster brings to the backfield has been key to the Bullets’ success this season.

To add to Wooster’s credit, she’s only been playing defense since the beginning of the season.

“Kali has stepped up for me big time playing center back for injured Jacey Douglas,” said Lynch, “but her attitude, perseverance and work ethic are unmatched on my team and she truly works every single game to give her best effort.

“I can’t tell you how many times I’ve heard her say ‘I’m having so much fun out here!’ even when we’re losing!”

On the field, Wooster’s skill shines.

“Kali’s a key player on our team--she’s among the top when it comes to fitness but her strength on the ball is matched by few!” said Lynch.

Lynch shared an example of Wooster’s dedication to fitness.

“Kali was part of the 200 mile club this summer meaning she ran 200 miles over summer break!” said Lynch.

Lynch, who loves the game of soccer and appreciates the varied roles, recognized Wooster’s ability and flexibility.

“Because she is a defensive player she doesn’t often get the credit for outstanding play,” said Lynch, “but she did score her first varsity goal in our win against Winooski on Wednesday on a penalty kick!”

Wooster moved from center defense to the midfield for the Winooski game.

“A Winooski player handballed inside the box and Jojo told me to kick it,” explained Wooster.

Taking on the center back role put Wooster in a position to see and communicate on the field in a way she hadn’t done in the past.

“I get one of the best views of the field,” said Wooster, “and I communicate with everyone. When the ball is up on the other team’s half I get up to the half and communicate who is open.”

“When it’s in our half we just try to get it to the side and our as fast as we can.”

The center back truly is a leader on the field and works closely with the goalie.

“The first few games I just listened to the goalie and did everything she told me to do,” said Wooster, “and it worked out pretty well.”

Wooster recalled the first game of the season against in-county rival MVU at MVU.

“I called a lot of people off that game. It was the first game that I played the entire game at center defense,” said Wooster.

Knowing when to go forward and assist the midfielders is a skill that’s often learned from experience by those who play center defense.

“I was stressed out at first knowing that I couldn’t be subbed, but Jacey was helping from the sidelines telling me when to pull up.”

The time in the backfield has given Wooster a different perspective on the game.

“A lot is going on in the back, and it took a lot of practice to get the hang of things,” said Wooster. “I asked a lot of questions of our keeper Kamryn Taylor, Jacey, and Jojo.”

Wooster shared one of her favorite parts of playing the backfield.

“Catching people offsides is the equivalent of scoring,” said Wooster, smiling. “You get that same feeling.”

Wooster has been playing soccer for six years; she also runs track for BFA Fairfax.

“I love how supportive everyone is on the team. I grew up playing soccer with a lot of the girls; they are like family to me,” said Wooster. “I also love the competition.”

The support from students, parents, and community members means a lot to athletes like Wooster.

“Everyone knows everyone in a small town school, so the amount of cheering we get is amazing.”

Lynch, the young, athletic coach who leads the Bullets is well-loved by her players, and Wooster is no exception.

“I love Jojo! She has the best motivational stories!” said Wooster.

Wooster recalled the close game the Bullets played with in-county rival Enosburg earlier in the season.

“At halftime, we were down 2-0. She told us one of those stories and got us motivated,” said Wooster. “We ended up winning that game 3-2.”

“Jojo always has the best attitude and the best sense of humor. You could be having the worst day and when you see Jojo’s smile--it’s so contagious--it just makes it better. She’s always there to talk to you and give you helpful advice.”

Wooster noted that Lynch, a lover of the game, also knows how to motivate her players mentally.

“At the beginning of the season, she told us to write a story about what has helped bring us success--something to fight for,” said Wooster. “Every game she reminds us to tell our fight story.”

Wooster’s fight story is one she remembers daily.

“My older sister Jade left for the military a year ago, and it was really hard for me because I was so close to her,” said Wooster. “Every game I fight for my sister.”

Jade, who’s six years older, was the first one to congratulate Wooster on her Athlete of the Week recognition.

“She called me in the middle of class to congratulate me,” said Wooster laughing warmly.

Wooster has had to face some challenges this last year, and she knows what she needs to focus on to succeed on and off the field.

“Trust your teammates, keep a positive attitude. It makes everything better when you have a good outlook on things.”