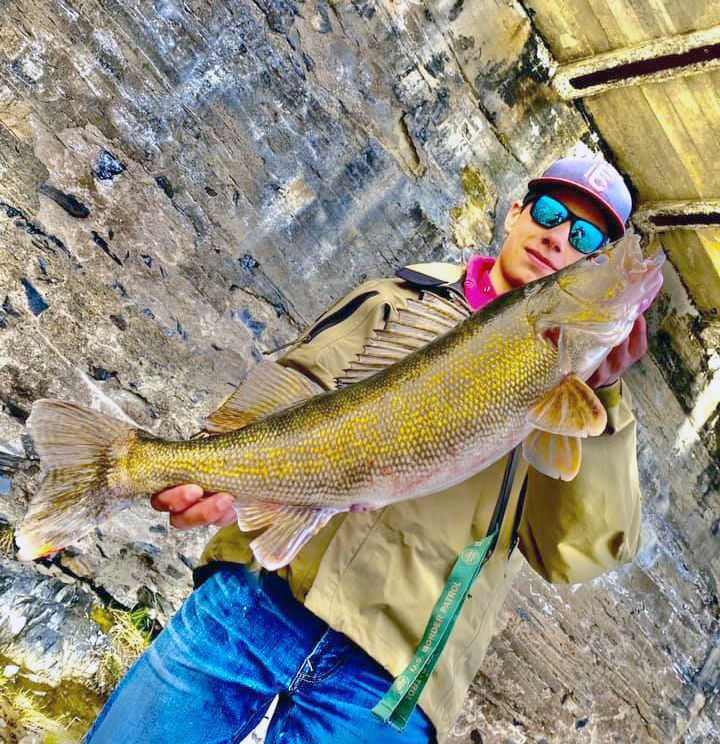 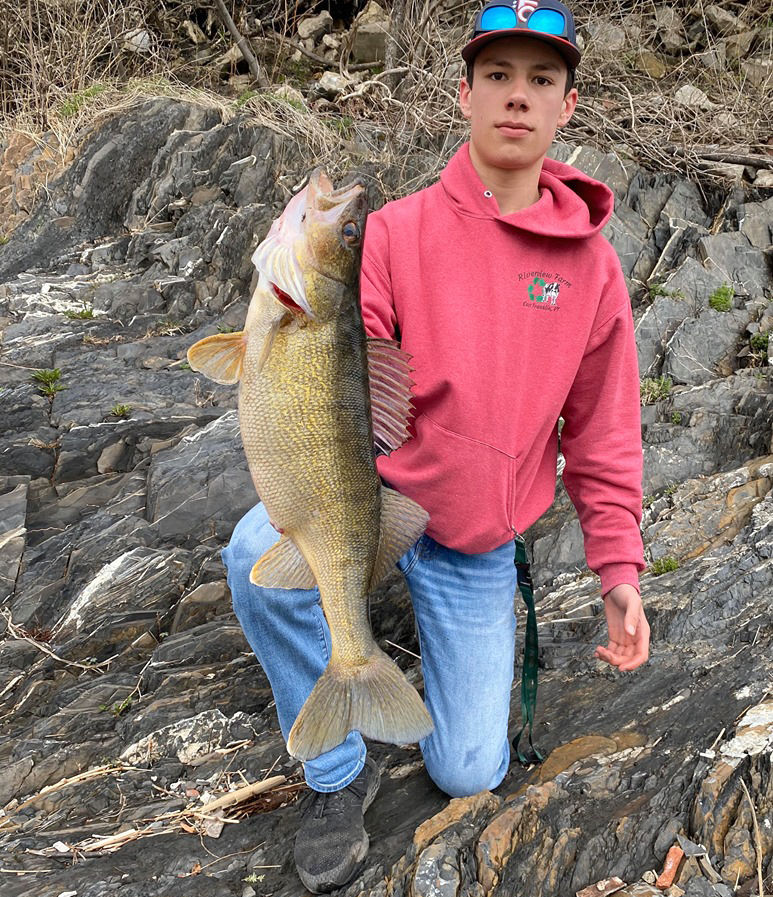 Jackson Porter poses with a beautiful walleye he caught this spring. 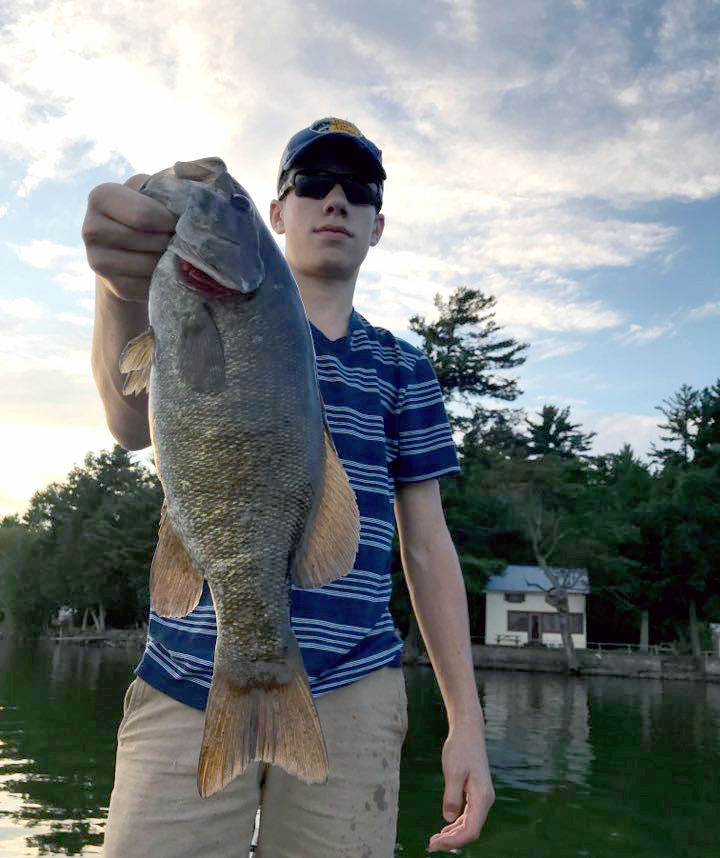 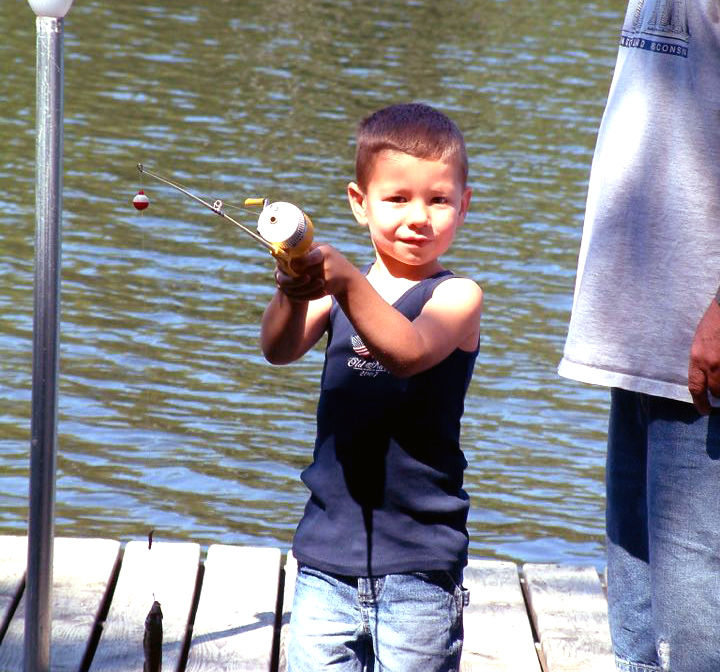 Jackson Porter poses with a beautiful walleye he caught this spring.

FRANKLIN — Jackson Porter loves the game of baseball, but there’s another thing the junior enjoys, and that’s the tug on the end of the line.

“My dad and I used to fish together when I was kid. We’d bob around and catch whatever we could,” said Porter.

Porter’s love of fishing grew more serious when he was eleven.

“My mom’s uncle, Dave Russ, is a very competitive fisherman. He took me out when we visited the family camp in Wisconsin,” explained Porter.

“I was amazed at how many rods he had and how much he knew about fishing, and ever since, I’ve been following in his footsteps.”

This spring, with baseball on hold due to COVID-19 restrictions, Porter has had more time for fishing.

“I’ve been catching lots of Northern Pike out of Lake Champlain and some Walleye coming out of the West Swanton River that feeds into Lake Champlain,” said Porter.

“I caught a big walleye on a day I didn’t have very much time to fish,” explained Porter. “My friend and I had one rod, one reel, and a small tackle box.”

The fish, which the friends estimated was between seven to ten pounds, was a fantastic catch.

“It was a fight. That walleye took me six or seven minutes to get in,” said Porter.

“I learned that day that you should always bring your scale and measuring tape, even if you’re going out for a short time.

“It’s illegal to keep them right now, but I don’t keep my fish, I release them all and let them go to get bigger,” said Porter with a chuckle.

“I love seafood, but I don’t have an interest in eating fish out of the lakes. It’s straight for the passion of catching them.”

Northern Pike are often caught in Vermont’s waters, and Porter has had plenty of experience with them.

“One of my favorite things about Pike is that they don’t always bite the lure until they get to the bank,” said Porter. “It’s awesome to watch the fish swim into the clear water near the bank and bite.

“When I was about 11 and my brother Logan was eight, we were fishing with a few cousins. Logan gave me his rod and told me he was snagged. He’d actually caught a big Northern Pike,” said Porter, smiling.

“We were all surprised, and my cousins were screaming because of the fish’s teeth.

It was the first fish I’d seen with teeth. We had to bring it back to shore and get help with the hook.”

Last year, Porter and a fellow fisherman were casting their lines on Fairfield Pond when they spotted a fish they both hoped to catch.

“We were in clear, shallow water with lily pads. We saw the biggest bass I’ve ever seen. We cast everything we had for three hours, as we watched it going back and forth in the shadows, but it never took.”

Warm days on Fairfield Pond are excellent, but Porter isn’t picky about his fishing days.

“I’ll fish in the snow as long as there’s open water. I was standing in 20-degree weather fishing a month ago,” said Porter. “It’s cold, but it’s worth it.

“Fishing is peaceful, and if I’m stressed out, I can always go fishing to clear my mind.”

When he was younger, Porter was landlocked, but with hard work, he changed his circumstances.

“When I was about 14, I worked all summer for a boat. I was no longer limited to the bank, and I could explore new waters,” said Porter. “I also enjoyed taking my friends out.”

Porter prefers to fish for bass, a fish that favors the warmer months, but he’s making the most of his free time.

“I was out bullpout fishing with friends at Lake Champlain last night. You can cast a bunch of lines and let them sit, and when the line starts moving, you tend to it. It’s nice to hang around the bonfire and visit.”

Porter has some fish he hasn’t caught, but he hopes to reverse his fortunes.

“I would love to catch a Muskie. They’re a big predator fish related to the Northern Pike, and they are rare up here. I’d also like to be able to go spearfishing for barracuda in the ocean.”

Porter would love to fish competitively for the rest of his life, but he has other goals to fulfill first.

“My primary goal is to try to play college baseball, so fishing comes second; when baseball is over, I can see myself getting even more into fishing.

“The past three years, I’ve been really fishing, and I’m learning things every day. Every situation is different,” said Porter.

“Patience is a part of fishing, but waiting on a fish in the wrong location or casting in the wrong spot; it’s not going to get you anywhere.

“When you know the fish is down there, you can use patience to see if it will bite.”

Changing rods is another part of Porter’s strategy.

“I use different rods for different things, and I put different bait on each rod to increase my options. I’ll use darker bait on dark days and lighter colored bait on brighter days.

“Most of the big fish I’ve caught have been in the rain. I tell my friends that rain catches big fish!” said Porter.

“I prefer a sunny day, and it’s nice to be out on the water with the sun, but I fish in the rain, the sun, the snow, it doesn’t make a difference to me.”

Now that he’s got a vehicle, Porter carries the necessities with him.

“I always have three to four rods in my car at all times. If I’m driving around somewhere and see water that looks good, I will pull over!

Porter had wise words for those interested in taking up the sport.

“Don’t be afraid to try new things, don’t get frustrated, and don’t give up! There’s always luck with fishing, but usually, if you catch a big fish, there’s more to it than luck,” said Porter, smiling.

“A lot of times, those big fish are smart, and they know what’s going on.”