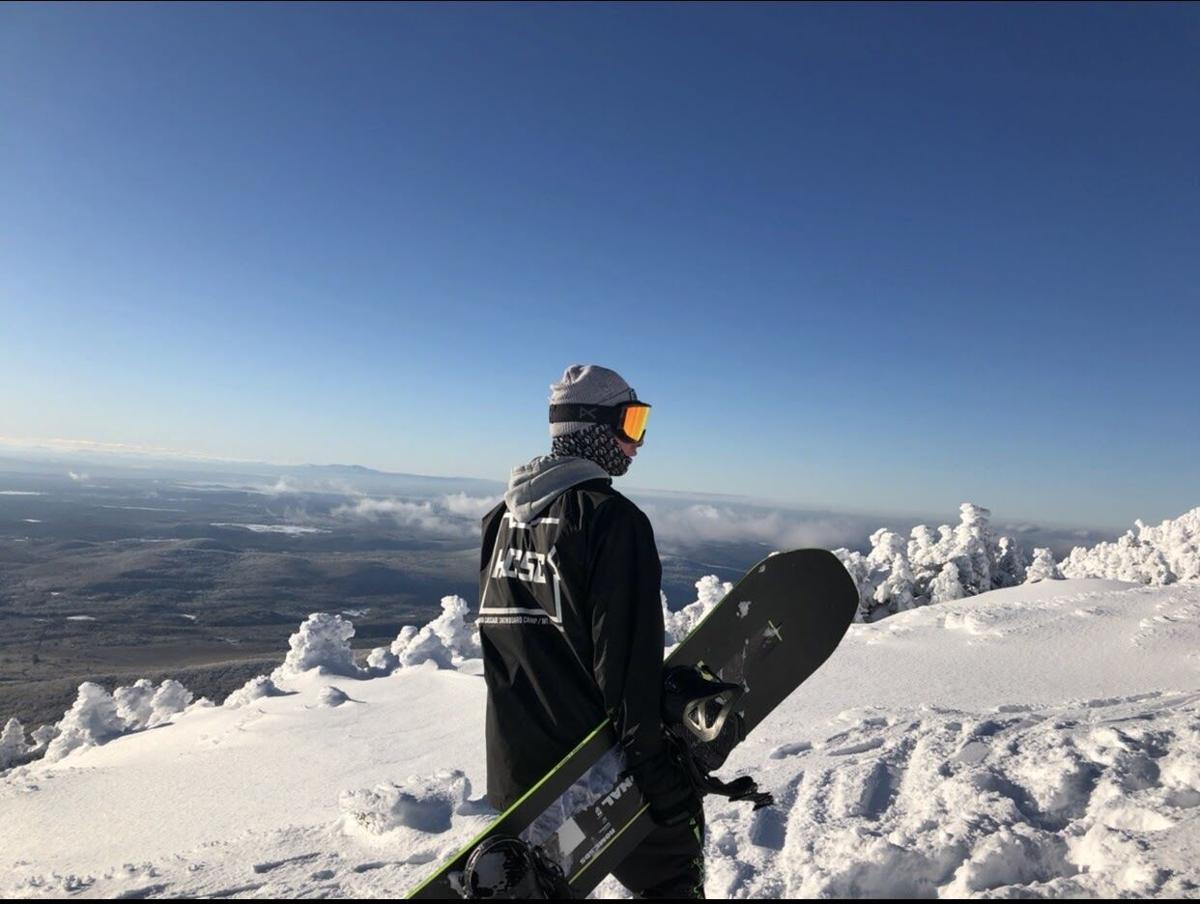 At only 16 years old, Bellows Free Academy St. Albans’ own Sylas Trask (’22) has ranked in national snowboarding competitions, trained with professionals and now has his eyes set on the Olympics.

Trask grew up in Fairfax, and began snowboarding at age 3. He started out skiing but had a change of heart while watching his older brother take snowboarding lessons. He has fond memories of this time.

Trask recalled, “I remember this … I didn’t have a snowboard because I was too little, but I would stand in between [my dad’s] feet while he was snowboarding, [and] he would hold onto me.”

Since the training took place in the off-season, the conditions were vastly different from the typical training in Vermont.

“Basically it was a dry slope, right, so there wasn’t any snow and then into a sloped airbag,” Trask said.

When they needed snow, the facility had complicated snowmakers on the ground that would create the snow for them. They had a set training schedule for each day.

This training has inspired Trask to set his goals higher, wanting to compete in the X-Games or even the Olympics. Yet, living in Vermont has proved to be difficult for this goal.

“Yes, I want to compete in the Olympics, but it’s also kinda hard because living around here … the parks are really small … compared to out West; when I got out West to train, the jumps [we]re like 65 feet. They’re huge, so you can actually do doubles and stuff on them. You can’t double on the jumps out here,” Trask said.

This has led Trask to make a plan for his future in snowboarding, “I want to go to college somewhere out West, so I can train and then, someday, X-Games [or the] Olympics.”

“He started it because me and my friend wanted to get good coaching and try to go further,” said Trask.

Sylas Trask has worked hard for his goals, yet still enjoys what he does.

“I don’t even need to win or anything, I just wanna be out there,” Trask said.