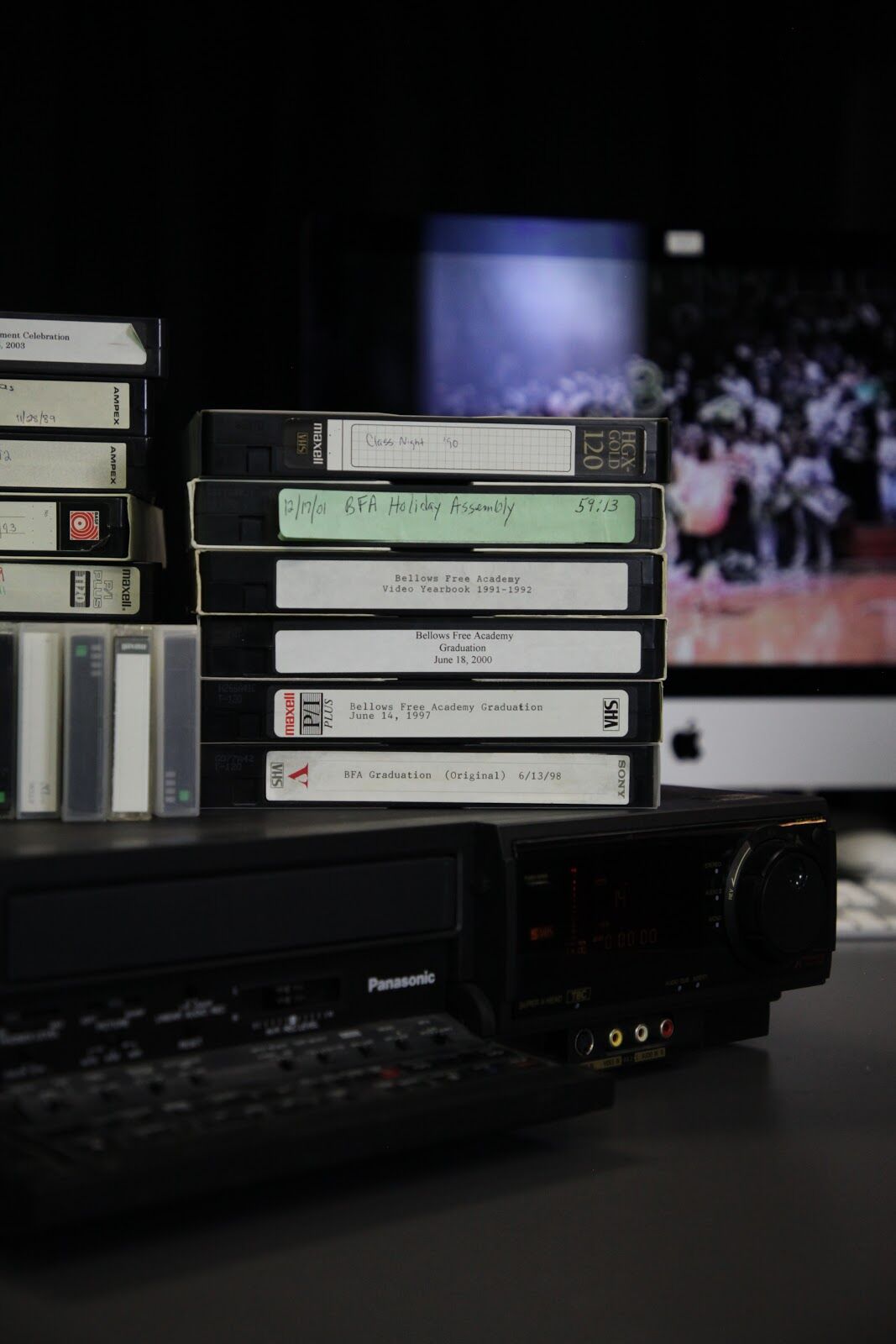 VHS tapes are set for the conversion process.

VHS tapes are set for the conversion process.

The Archive Project, a project happening at Bellows Free Academy to restore and give anyone access to the recordings of the school and its past, centralizes its focus on the preservation of BFA’s history from 1930 through 2015.

Northwest Career and Technical Center Outreach Coordinator Dino Patsouris (‘14) started the project and has been copying, restoring and uploading old tape recordings to the Maple Run Unified School District Outreach Youtube channel. These videos range from graduations, sports games, video yearbooks, the annual Bobwhite/Comet competition and many others. All the videos that have been restored are uploaded directly in the BFA archives playlist on the Youtube channel, but where have they been all this time?

“I realized I was sitting on basically a trunk full of videos from…the last 40 years at BFA, so…whether it was sports games or graduations, pep rallies, assemblies, you name it… I was like, ‘No, we can’t throw all of this away,’” Patsouris said.

According to Patsouris, the videos, originally recorded by Joyce Kemp, who formerly taught at the Northwest Career and Technical Center, were, for the most part, filmed on a camcorder. Before Kemp started working at the school, few if anyone filmed the events such as sports and graduations, so those are unavailable. Throughout the years, some of the recordings have faded and have had to be demagnetized.

For more from the Mercury

“Every graduation is about two and a half hours, so what I do is I’ll put it into the VCR, rewind it, set everything up and record it…then… just walk away…Then…after I take that video file…I do some color correction because, a lot of the time, the tapes will have faded from age,” Patsouris said.

According to Patsouris, a huge portion of The Archive Project is to be driven by the community, since BFA does not have copies of all the events that took place from 1930 to 2015. For example, there are no recordings in the school’s possession on the 1984 and 1985 graduations. Another reason The Archive Project was started is to give people access to BFA’s history, similar to the archives in other schools.

“If you go to high schools like, I think, Essex or…South Burlington…these places have sections in their libraries…where you can go in and have access to all [the archives],” Patsouris said.

Reliving past events is a popular trend, especially now during COVID-19. BFA now has access to these videos rich in history.

“With the pandemic [and] the downtime people have, there’s this huge drive for…access to nostalgic things…[and] I started to copy a few of the graduations…so that people could revisit those things,” Patsouris said.

If you have any media you would like to contribute to The Archive Project, please email Dino Patsouris (cpatsouris@maplerun.org) with your name, the title and/or event and the media format (DVD, VHS, MiniDV, 8mm, etc.).