The reason for his failure is that his motive is political. He does not like the all-payer model; more to the point, he doesn’t like the thought that it’s taking the place of a single payer health care model; his preference. He carries the water for many legislators and the political left, which have not gotten over former Gov. Peter Shumlin’s recognition that Vermonters could not afford the taxes to support a single payer system.

Even in the session just ended a bill was put forth to get the state back on its Act 48 track, a law passed in 2011 to put Vermont on the path to a single payer system. Ten years later and we’re still fighting the same battle. For the committed, this battle means tearing down what we have, the thought being that a single payer system will never be realized if the all-payer model is in the way.

This is a political hurdle the left can’t abide. At their core they

believe that the reason health care costs so much is what we pay those who take care of us; our doctors, our nurses and those who administer them. It’s obviously a part. But what drives the cost of health care is an increasingly sick population. It’s the public’s demand for increased services. Eighty four cents out of every dollar spent deals with chronic care needs, and the need continues to accelerate.

Mr. Hoffer continues his attack on OneCare detailing the organization’s poor cost-benefit ratio. He says that in the four years of its existence that the organization has cost the state $25.6 million more than the state would have paid under the traditional fee-for- service Medicaid model.

The state is negotiating with the federal government to extend its contract with Vermont for another five years. Mr. Hoffer essentially makes the case that the state should not consummate the deal unless it can be shown that the all-payer model works and that the savings outweigh the costs.

Mr. Hoffer has picked this approach because he knows it’s something that can’t be proven. For him, it’s the political gift that keeps on giving. He can always make it appear he’s doing his job; being a tough guy on how the tax- payers’ dollars are being spent, without being honest about the subject addressed.

When the all-payer model was first put in place it was recognized by all involved that any significant change in the system would take years. We’re talking about a $6.5 billion system and 20 percent of the state’s economy. We’re talk-

ing about a large percentage of our workforce. And we’re talking about changing the focus of health care from one that centers on sickness to one centered on wellness.

For Mr. Hoffer to suggest that OneCare has failed at its task after four years is so ludicrous it leaves those involved breathless. It’s a mindless claim. What system of that size, that many layers, that many people, and that sort of reach, is ever successfully reformed from stem to stern in such a short amount of time?

Fortunately, Human Services Secretary Mike Smith has called Mr. Hoffer out, making it clear the auditor’s numbers don’t reflect the reality of what’s happening, or, more important, what needs to happen. Mr. Smith fundamentally believes in the need for the state’s health care system to move from

a fee-for-service approach to one that is value based. As Mr. Smith was quoted saying: “We want a health care system that rewards providers for the high-quality care that they deliver instead of for every additional service rendered, regardless of the outcome.”

Mr. Smith makes the obvious point that it’s nutty for Mr. Hoffer to base his conclusions on the economic viability of OneCare by placing a disproportionate emphasis on the program’s start up costs.

It’s crucial Mr. Smith’s vision prevails. But he needs the full- throated support of his boss, Gov. Phil Scott. He also needs the health care system - OneCare Vermont in particular - to stand up for itself. If OneCare continues to allow Mr. Hoffer to tell their story, they do so at their own peril. 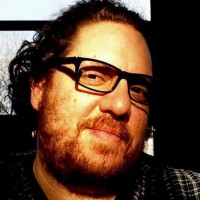 Hoffer doesn't substantiate his claims because Hoffer is not an certified auditor, or an auditor at all, and doesn't know how to perform an audit. He's also not a Democrat but pretends to be because it's the only way he can get into office., then has the audacity to say he's paying new hire Ashe 10K less than the previous guy because Ashe isn't an auditor either. Hoffer has no idea how to properly, honestly, or ethically run the SAO so you get more garbage like the one this column rightly criticizes.