Bob was the son of Harry and Corinne Clark. He was born in St. Albans, VT and lived his younger years in the area.

Bob graduated from Saint Mary’s High School in St. Albans. He excelled in baseball and basketball and had a baseball scout for the Los Angeles Dodgers watching his talent. So, Bob went to Los Angeles. Pitching was what he enjoyed most. Unfortunately, Bob had some difficult issues with his pitching arm and eventually had to give up his baseball career. Bob returned to California, this time serving in the Army National Guard.

Bob married Carolyn Hale and together they raised three children.

Bob was a member of the NRA (National Rifle Association) and the Eagle’s Club. He was also involved in Bobby Dragon’s Racing Team. He was a hunter and looked forward to taking vacations, hunting with friends in Maine, Vermont and New York. He very much enjoyed the solitude of being in the woods.

Bob also enjoyed family time, boating on Lake Champlain, skiing at Smuggler’s Notch and following the riding competitions that our daughters competed in with their horses.

Bob worked for United Parcel Services and retired with the most recognized safe driving award. He drove over 48,000 miles per year, 2.5 million miles in his career and never had an accident. An accomplishment very few drivers were ever to achieve. He was awarded 42 years safe driving, plus he enjoyed his job.

Bob was predeceased by his father, Harry, mother, Corrine, and sisters, Beverly, Laurie and Jacquelyn Clark.

Our thanks go to all the staff at Champlain Valley Oncology and the nurses and doctors at Northwestern Medical Center’s ICU. Many thanks for the excellent care you gave Bob.

In lieu of flowers, please consider making a donation to one of the following: 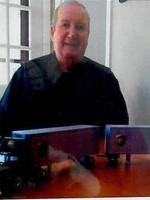 Here are recent Franklin County property transfers up to $722,000