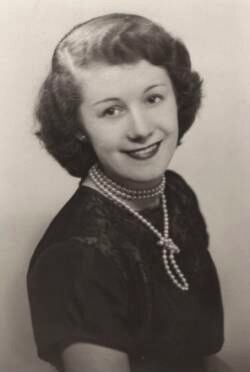 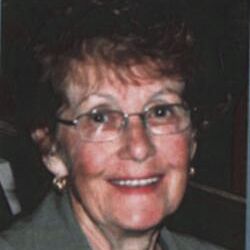 ST. ALBANS – Rita Rose (Choiniere) Blouin, age 90, passed away peacefully on December 17, 2020, at Our Lady of the Meadows, with her husband Norm at her side, due to complications from memory loss and a recent fall that she had taken.

She was born on January 4, 1930, to Winifred and Eva (Desrocher) Choiniere in St. Alexander, Canada.

She attended business school in Canada. In Canada, she met the love of her life, Norm Blouin; they just celebrated 69 years of marriage in September. After they married, they moved to Vermont to help run the family business, J. A. Blouin’s IGA

Rita was a mother, grandmother, and great-grandmother. She cherished her family and loved to cook a great meal for all to enjoy. Rita was a long-time member of Holy Angels Church where she was a eucharistic minister, and very faithful to her beliefs, as well as a member of the Catholic Daughters of the Americas.

In addition to her parents, Rita was predeceased by her sister, Madeleine Desmarais and two brothers, Germane Choiniere and Paul Emile Choiniere.

Due to current times, Rita’s family has decided on a Mass of Christian Burial and Interment to be held at a later date in 2021, which will be announced.

In lieu of flowers, contributions in memory of Rita Blouin may be made to Franklin County Home Health Agency, 3 Home Health Circle, Saint Albans, Vermont 05478.

Assisting the Blouin family is the Heald Funeral Home, “Celebrating Lives since 1918.” Messages of condolence or sharing of memories are welcome at www.healdfuneralhome.com.