Saint Albans – Richard W. Sweet passed away peacefully on Saturday, June 18th, 2022, with his family at his side.

Born in Mount Kisco, New York, on August 8th, 1936, he was the son of the late Cecil Clyde and Doris (Driver) Sweet. Richard was 85 years old.

On June 22nd, 1985, Richard married Leona Belrose, who survives him.

Richard graduated from the Mahopac High School and then began a 27 and a half year career with IBM, retiring as Senior Lab Specialist. He was a longtime member of Franklin Lodge # 4, F&AM where he was a Past Master and Past Patron with Chapter # 79, Order of Easter Star.

Survivors include his wife, Leona, of Milton; his son, R. Ronald Sweet and his wife, Tammy, of Milton; his 2 daughters, Eileen Skiff and her husband, Tim, of Swanton and Joyce Ploof and her husband, Alvin, of Swanton, step-daughter, Shelley Snow of Enosburg, as well as his grandchildren, Michael, Aubrey, Mathew, Nicholas, Brandy, Joshua, Brittany and Patrick and 15 great-grandchildren.

In addition to his parents, Richard was predeceased by his first wife, Shirley Ann (Hyatt) Sweet on January 22, 1982, his brother, Philip Sweet and step-son, Michael Snow.

The Sweet family would like to thank the entire staff at Franklin County Rehab for these last few months for Richard’s care and comfort, as well as Aimee and Lynn with Richard’s journey.

Richard’s family asks that memorials in his name be made to the Franklin Grand Isle Habitat for Humanity, P.O. Box 1375, St. Albans, Vermont 05478.

Honored to be serving the Sweet family is the Heald Funeral Home, where messages of condolence are welcome at www.healdfuneralhome.com. 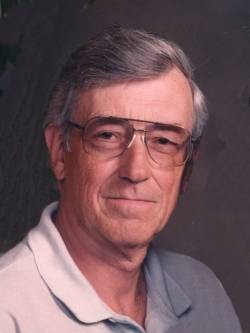