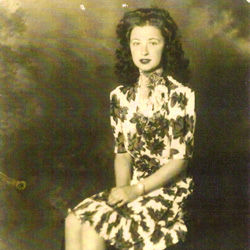 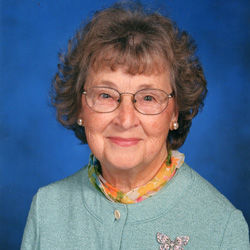 SWANTON – Mrs. Rachel J. Martel, age 97, a lifelong resident of this community, died on Sunday, June 7, 2020 at her daughter’s home in Fairfax surrounded by her loving family.

Born in Berkshire, Vt., on September 18, 1922; she was the daughter of Leonide and Arziana (Charron) Brouillette. Her mother passed away when she was just four years old. She was very close to her stepmother Julianna Bellemare.

Rachel was a Valedictorian graduate of Richford High School class of 1942, and immediately joined in the war effort working in a munitions plant in Connecticut. She married Roger A. Martel on June 19, 1943 in Richford, Vt. She was a wife, mother, and homemaker who spread love, comfort and care to everyone. She was a very active member of the Church of the Nativity of the Blessed Virgin Mary and volunteer for the Ladies of St. Anne since 1961. She taught Catechism in Swanton from 1974 through 2007 and was a pastoral care volunteer at Northwest Medical Center from 1994 through 2006. Rachel also volunteered as a foster grandparent for Swanton Central School from 1995 through 2005. She was especially proud to be indoctrinated as an Associate of the Daughters of the Holy Spirit in 2002. She exemplified and spread love to everyone she met.

A quote from Jeanne Royer about her Amazing sister Rachel: “Rachel was an ‘Angel on Earth’ and now ‘An Angel in Heaven!’ Her strong Faith in God and Love carried her through many stages in life’s journey. A cheerful smile, a friendly word, a sympathetic nod during her long active, energetic and generous life. Her selfless caring for other people had no limits. She was pure goodness with her kindness and lovely voice, making those around her feel good!”

Rachel’s remembrance services are open to the public in compliance with current restrictions and will include: visitation on Thursday, June 11, 2020 from 4-8:00 p.m. at Kidder Memorial Home, 89 Grand Avenue, Swanton, VT; and a Mass of Christian Burial held on Friday, June 12, 2020 at 1:00 p.m. at Church of the Nativity, 65 Canada Street, Swanton, VT. Interment will be in St. Mary’s Cemetery, behind the Nativity Church, followed by a reception at the nearby home of Steven Martel, 27 Torrie Drive, Swanton, VT.

In lieu of flowers, contributions in Rachel’s memory may be made to the Catechism Program at Church of the Nativity, 65 Canada Street, Swanton, VT 05488 or to the Vermont Association for the Blind and Visually Impaired 60 Kimball Avenue, South Burlington, VT 05403.