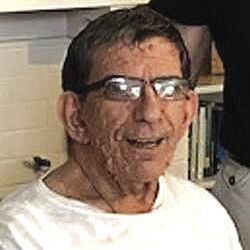 ST. ALBANS – Quinto John Albertelli, Jr. a lifelong area resident passed away, Saturday, December 19, 2020, at The Villa Rehab, with his sisters at his side.

Born on February 12, 1957, in Nurnberg, West Germany, John was the son of the late Quinto John and Alice Helen (Thibault) Albertelli. He was 63 years old.

John was a 1975 graduate of Bellows Free Academy, and then entered the U.S. Army receiving his honorable discharge on October 30, 1978. He was associated with the production line of the Pepsi Cola plant in South Burlington, and to many he was known thru his email address as “Mr. Gadget”. He enjoyed working on anything electronic and was an avid motorcyclist in his younger years.

In addition to his parents, John was pre-deceased by his feline companions, Prince and Mindy.

There will be no public calling hours.

A Mass of Christian Burial will be celebrated on Wednesday, December 30 at 11:00 a.m. at Holy Angels Catholic Church, 245 Lake Street, with the Reverend Father Kevin Chalifoux as celebrant. Prayers of committal and military honors will be held at a later date in Mount Calvary Cemetery.

John’s family asks that in lieu of flowers, memorials in his name be made to a charity of one’s choice.

Assisting John’s family is the Heald Funeral Home, Celebrating Lives Since 1918. Messages of condolence or sharing of memories are welcome at www.healdfuneralhome.com.