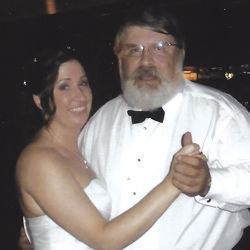 SHELDON SPRINGS – A Mass of Christian Burial was held for Jeffrey Paul LaCross, 70, formerly of Sheldon Springs, on March 19, 2020 in North Plainfield, N.J.

He died March 14, 2020 after struggling with a recent brain tumor at Hackensack Meridian Health JFK Medical Center in Edison, NJ.

Jeff is survived by his wife of almost 47 years, Gayla; his son, Matthew (Kim) of South Plainfield, NJ; his daughter, Angela (Earen) Dunham of Stafford, VA; his sister, Ann Marie (Michael) Donoghue of South Burlington; and his grandchildren, Jessica, Logan, Ariana, and Christopher.

He was born Oct. 24,1949 to Donald and Shirley (Barkyoumb) LaCross of Sheldon Springs. He was a graduate of Bellows Free Academy-St. Albans and attended Vermont Technical College.

In 1969, he joined the U.S. Air Force and met his future wife, Gayla Peryea, while stationed at Plattsburgh, NY. They were married on April 7, 1973 before stationed in Tachikawa, Japan.

Jeff and his family returned to The States and settled in North Plainfield, NJ. Jeff was honorably discharged after eight years of dedicated service to the country. He began working for Digital Equipment Corporation in their Electronics Division and over time became a project manager.

He enjoyed coaching his children to play football, baseball and softball. Many North Plainfield children knew Jeff as “Coach” as he was involved in a number of recreation leagues. His children remember all the time he spent teaching them sports, poker, and Jeff was always quick to give them advice on how to achieve their personal goals.

Jeff was an accomplished fast pitch softball player who played competitively in the service. He was a no-nonsense individual who loved to talk and who was passionate about helping others. After being laid off from Toys ‘R’ Us, Jeff decided to finish his college degree at Kean University and became a Financial Planner. He was an active and dedicated member of St. Joseph Catholic Church and was a founder of The St. Vincent de Paul Society for his parish. He spent the last years of his life volunteering and helping others through that foundation.

The Vermont burial at St. Anthony’s Cemetery in Sheldon Springs will be announced this summer.

In lieu of flowers, please consider donations to St. Joseph Church in Jeff’s name, to be used for the replacement of the Domes with a portion going to The St. Vincent de Paul Society.

Condolences can be sent to https://www.sheenanfh.com/obituary/JeffreyP-LaCross.