ST. ALBANS, VT - On the tranquil, sun-splashed afternoon of July 31, 2022, Janet (Haikara) Martell, 89, took one last breath with her children by her side and gently passed away. It was a dignified end for Janet who served as the unwavering matriarch at the center of her large family.

The oldest daughter of Eino and Ellen (Hazard) Haikara, she was born January 19, 1933, in Concord, N.H. She graduated from Whitcomb High School in Bethel, VT, as member of the National Honor Society before marrying Romaine Martell in 1951.

Janet and Romie went on to have 10 kids (yes, 10) and raised them all in St. Albans, VT. She had 21 grandchildren and eight great-grandchildren, every one of them proud owners of the handmade quilts she meticulously sewed together for so many years.

Quilting, metaphorically speaking, was Janet’s super power. She didn’t just sew together colorful patterns into blankets, she also stitched together a disparate collection of children, in-laws, nieces, nephews, grandchildren and friends into a rollicking and loving family. For years, she dutifully sent birthday cards to the dozens of those on her calendar, reveled in her role of guest of honor at massive and rowdy Thanksgiving dinners, and recorded her family’s adventures by shooting roll upon roll of film on cameras of marginal quality.

Janet was a breast cancer survivor and endured three hip replacement surgeries. Her resolute stoicism and steeled composure masked her chronic pain. Fiercely proud of her Finnish heritage, she was the family genealogist and self-published a book about growing up surrounded by Finns in Central Vermont.

A vociferous reader and consumer of news, she became a fan of MSNBC in her later years and devoured all the books detailing the trials and tribulations of the Trump administration. She closely followed the athletic exploits of her kids and grandchildren and was a communicant of St. Mary’s Catholic Church.

Romie predeceased Janet in 2009 after 58 years of marriage. After he retired from the Central Vermont Railroad in 1991, the couple spent many winter months camping in Zephyrhills, FL. For a few years after Romie’s death, Janet would drive herself to Florida in a conversion van with an unreliable gas gauge. She was predeceased earlier this year by her younger sister Gerry Rhoades of Bethel, VT (who had nine kids of her own).

Honoring Janet’s wishes, a family remembrance will take place at the Heald Funeral Home prior to a Mass of Christian Burial being celebrated on Saturday, August 6th, 2022, at 11:00 AM at St. Mary’s Catholic Church, 45 Fairfield St. Burial will be in the family plot at St. Louis Cemetery in Highgate. Her granddaughters will be her pallbearers.

Special thanks goes to Dale and Larry, who opened their home to Janet for the closing chapter of her life, and to Nicole Ward and Sheree Martel who provided comfort and caring in her final months.

In lieu of flowers, donations in Janet’s name can be made to the Franklin County Humane Society at 30 Sunset Meadow, St. Albans, VT 05478 or to Vermont Catholic Charities.

Honored to be serving the Martell family is the Heald Funeral Home, where messages of condolence are welcome at www.healdfuneralhome.com. 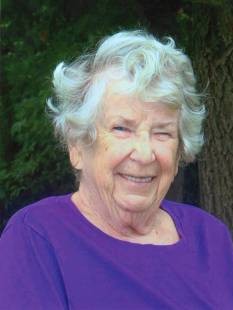 Why not have a job you love!
SEEKING
LOWTHER ENTERPRISES, INC.
NUCAR