Izora “Darlene” Tracey was taken into the arms of the Lord on the evening of June 6, 2021 at Northwestern Medical Center following a long fought courageous battle with COPD, with her loving children by her side.

Darlene was born on 8/14/1948, to Izora (Paige) and Joseph P. Tracey of Whitehall NY. Darlene grew up in NY until she moved to VT where she resided the rest of her life. Darlene had worked as a caregiver several times and she believed that was her true calling in life.

Darlene was a selfless, loving and devoted mother to her five children, who along with her grandchildren and great-grandchildren, were her entire world. Darlene enjoyed detective stories, Elvis, kitty cats, coffee & spending time with her loved ones.

Darlene will be remembered as a strong and determined woman with a great sense of humor, and most of all fun loving Mother and Grandmother.

Izora Darlene’s family would like to thank the staff at NMC for their compassion. 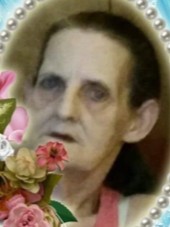