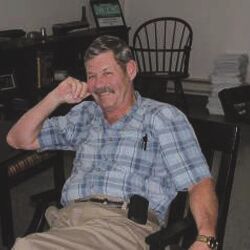 ST. ALBANS – Gary John Gaudette, a lifelong area resident and longtime associate and former President with Leader Evaporator, passed away unexpectedly Sunday, November 8, 2020, following a brief illness with his family at his side at the UVM Medical Center.

On July 16, 1966, in Holy Angels Church, he married the love of his life Joyce Brown, who survives him.

Maple was in his blood; he worked in the industry but also enjoyed sugaring with his brother Randy and family in their own woods and many hours of boiling with Damian Branon and family at Shady Maples. Gary was also an avid outdoorsman; he always looked forward to hunting and fishing with family and friends. Summertime was also special because of the hours spent by the lake with all of his campground “family.”

Gary is also survived by his sister, Brenda Helfrich and her husband, Otis, and brothers Randy Gaudette and his wife, Lisa, and Timothy Gaudette, and his wife, Stacey, mother-in-law, Irene Brown, and many nieces and nephews.

In addition to his parents, Gary was predeceased by his brother, Alan Gaudette, and father-in-law, Kenneth Brown.

A Mass of Christian Burial will be celebrated on Friday, November 13, 2020, at 11:00 a.m. at Holy Angels Church, 245 Lake Street. Prayers of committal and military honors will be private for his family at the Saint Albans Bay Cemetery at a later date.

During calling hours and mass, COVID 19 restrictions will be followed.

Gary’s family asks that memorials in his name be made to Franklin County Animal Rescue, 30 Sunset Meadows, Saint Albans, Vermont 05478.

Those who wish to offer a message of condolence or share a memory, kindly go to Gary’s online guest book at www.healdfuneralhome.com.