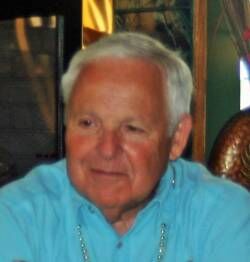 On the evening of Friday, March 5th, 2021, COVID-19 took from this world a man of extraordinary humility, kindness, and generosity. Donald Norman Richer was born on February 11, 1941 in Burlington, Vermont to Lionel and Beatrice (Brouillard) Richer. In a French Canadian family of seven children, Don learned early the artful blend of compassion, humor, and resourcefulness that earned him a lifetime of adoration from family and friends.

He met his first wife, Dianne Smith, while cruising with his brother Bob in his 1969 Corvette. He spotted “Dee Dee” walking down the sidewalk and knew instantly he wanted to meet her. He whipped around the block, asked Bob to get out, circled back to invite her for a ride — and the rest is history.

Don and Dee Dee married young and built a story book life together. They worked side by side building their first home. They modeled a relationship of affection, respect, and perseverance for their three daughters. They enjoyed Corvette and motorcycle rides, car races at Thunder Road, boating on Lake Champlain, camping trips throughout New England, and spending time with family. They loved their nieces and nephews like their own children and had a way of making each feel unique, important, and special.

After 28 years together Dee Dee succumbed to cancer at just 47 years old. Don was devastated and opted then to retire from his 30-year career at IBM. He and his brother Paul hit the road on their Harleys for six weeks. They enjoyed wandering into pool halls as unassuming tourists to relieve the locals of a few bucks with their finely cultivated billiard skills.

Don’s outgoing and friendly nature was recharged by solitude in the natural world. He deeply valued his time on the water and in the woods, fishing and hunting. He tied his own flies and cherished his old, bamboo, Orvis rod. He trolled with down riggers. He sat in a shanty for hours and feasted with his family on pounds of perch. He crafted two vessels — an ice boat that raced across the lake at breakneck speeds and a stunning cedar strip canoe that glistens to this day from the lovingly layered urethane. He went to camp every year but best we can remember, he took only one deer. He was “letting” everyone else get them.

Jamie, Don’s middle daughter, introduced him to Pam Choiniere in 1995. Most are lucky to find one lifetime love, Don was blessed with two. From that day forward Don and Pam were inseparable and crafted a life together focused on fun, family, and travel. They loved hosting family gatherings and doted on their children and grandchildren.

Romantic wandering and curiosity led them around the country many times — hitting the road with maps and ideas, but no particular itinerary.

Don was a devoted son, brother, husband, father, grandfather, and friend. He could fix or build anything and could be relied upon for a bad joke, a good laugh, a tight hug, a delicious pie, a fast ride, or an afternoon nap. He was a soft yet strong man who made everyone in his life feel important. He would do anything for you at anytime of the day or night.

He had a rough time after contracting COVID-19 and wanted to express deep gratitude to the exceptional medical staff in the ICU at UVM Medical Center. Their expertise and compassion aided Don in a departure filled with dignity and peace.

A private mass will be held at St. Joseph’s Cathedral on March 13th. His life will be celebrated with friends and family later this summer.

Gifts in his memory can be made to St. Jude Children’s Research Hospital, 501 St. Jude Pl., Memphis, TN 38105, Vermont Fish and Wildlife, 1 National Life Dr., Montpelier, VT 05602 or the charity of your choice.

To send a message of condolence or share a memory with Don’s family please visit www.healdfuneralhome.com