On Saturday, July 24th, David Wayne Underwood, father, husband, lover of life, friend to many, businessman, and patriot, of Sheldon, Vermont, passed away unexpectedly at the age of 73.

David burst into this world on October 1st, 1947, when his mother could not make the trek from their Bakersfield home to the hospital in St. Albans and had to give birth in Sheldon, at the local nursing home. Coming from very humble beginnings, he began working to support his family at a young age. He worked for Dr. Norris mowing lawns, painting fences, and also worked at the Hill Farm in St. Albans. He would sit on hay bales so high, that he would have to watch his head under the traffic lights, coming up from the fields off Lake Street. During high school, he joined the Army National Guard.

David was in love with his country, and after high school, he continued his service by joining the Navy, where he was sent on multiple friendly European tours and was trained to work as a jet mechanic. The Navy later placed him at Guantanamo Bay, Cuba, where he would say that he just “played volleyball and rode around in a jeep!” Avoiding major US conflicts, his time in the military helped shape him and made him the patriot that all of his friends knew he was.

After his time in the military, he worked for Friendly’s Ice Cream, opening restaurants around Massachusetts. He would proudly tell people he helped launch the Fribble. After the Fribble launch, he took a job at General Electric in Winooski, and on a whim to further his career, moved to Los Altos, California. California, at the time, was at the blazing forefront of semiconductor innovation and his limited experience at GE help secure and launch a very successful career as the Head of Sales and Marketing for the Semiconductor manufacturers Thailand Corp and Applied Materials. He spent a decade in California, where he worked hard and partied harder. He enjoyed hiking, camping at Yosemite, scuba diving, skiing, and hosting parties on the weekends.

In his mid-thirties, he cashed out his stocks and spent nearly three years traveling around Europe before deciding to move back to Vermont, to spend his last bit of money on either a restaurant or ski lodge. David met the #3 love of his life when he bought The Abbey Restaurant in Sheldon, Vermont, in 1982. Not long after, he met his #1 love of his life when he made a call to his good friends, Marcel and Irm Kane, to ask them, “Who is that good looking new neighbor I just saw standing on a ladder, painting the house?” It took a couple of years of persistence, nights of babysitting her children, and a bout of illness before Sherry Kane would move David out of Apartment #1, in Sheldon, and into her home. This home would be home for the next 35 years. Sherry was his soul mate, best friend, mother to his children, and business partner. Sherry and David barely spent a moment apart. Together, along with Dave’s #2 great love of his life - his children, Shannon, Jennifer, and Abbey, they took a little pub in Sheldon and built it into a thriving restaurant, banquet facility, catering, and food service management company that currently employs over 500 people across Vermont, New Hampshire, Massachusetts, and New York.

David loved going to work, because to him it wasn’t work. He had an amazing team of people that he surrounded himself with every day. These people were far more to him than employee’s, they were his family too. He loved watching people grow.

David was a lover of all people, especially children. He spent his spare time entertaining friends and family, playing cards, making his famous milkshakes, cotton candy, and snow cones for the kids at his camp, appropriately named Camp David on Lake Carmi. He had a weekly poker night with his best friends that lasted nearly three decades, a true testament to his commitment to friendship. He was a late-night baker, usually getting in trouble with the office crew about the constant stream of chocolate chip cookies and his mother’s banana bread. He loved The Abbey Karaoke and sang Sweet Caroline with conviction. He drank more Milk than Dewar’s and was true to his agricultural roots, always offering Free Milk at The Abbey. He was always ready to offer a helping hand and would give the shirt off his back. He was genuine to the core and never had malice against anyone. He was fiercely protective of his children and wife. He loved his friends and patrons. He knew the importance of community and hosted hundreds of community events and touched thousands of lives. His well to give was bottomless, and he never asked for anything in return. He was fair. He was kind. He loved a challenge. He spoke his mind. He never apologized for being precisely the crazy, fun fool that we all knew and loved. He encouraged everyone to live the same. He was a teacher and a preacher. He had no boundaries and knew no strangers. He wasn’t afraid of anything. He was larger than life. He was a bit of a mystery. He was one of a kind. A legend. Forever young. He was, and always will be, our King David.

David touched so many lives, but it was his request to forgo the traditional wake and funeral. Instead, a private celebration of life will be announced at a later date.

In lieu of flowers, a Non-Profit is being established in his honor. 100% of these Non-Profit funds will go towards helping children. Donations to the King David Acts of Kindness Fund can be made online by visiting www.theabbeyrestaurant.net or checks can be payable and mailed to: King David Acts of Kindness Fund, 6212 VT Rte 105, Enosburg Falls, VT 05450.

Honored to be serving the Underwood family is the Heald Funeral Home, where messages of condolence are welcome at www.healdfuneralhome.com. 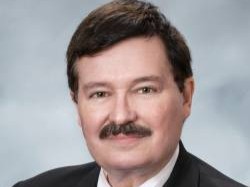