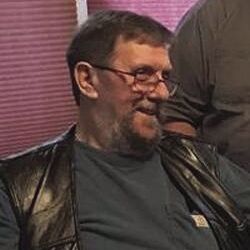 ST. ALBANS – The family of Clifford Drake Shangraw is saddened to announce his passing on Monday August 17, 2020 after a seven-month battle with cancer.

Born in Burlington on July 1, 1949, he was the son of the late Clifford J. Shangraw, Jr. and Elizabeth (Dusharm) (Shangraw) Lamore.

He attended schools in South Burlington and Jericho, graduating from Mount Mansfield High School in 1968. Cliff joined the United States Navy Reserve and proudly served our country. He was a devote Conservative Patriot. In his earlier years, he was an avid hunter. He worked many years at VT Structural Buildings & Metal Masters.

He was a member of Green Mountain Post # 1, American Legion in St. Albans, where he spent many mornings visiting with friends. He enjoyed those special times telling stories and jokes making everyone laugh. He was also a member of the Highgate Rod & Gun Club in Swanton and also a lifetime member of APRA and then Gun Owners of America.

Cliff had two previous marriages before meeting Diana Majors whom he spent 30 years with.

Survivors include his bothers and their spouses, Ron (Susan), Bruce (Linda), David (Heather), Gary (Carol), stepson, Graydon (Eddie) Major and nephews, Jay, Travis, Brad and niece, Amber and their families all of Vermont.

He also had two children from a previous marriage, Greg and Nicole.

In addition to his parents, Cliff and Elizabeth, he was predeceased by his girlfriend, Diana Major and his sister, Sharron Shangraw.

A graveside service will be held on Thursday, August 27, 2020, at 11:00 a.m. at Holy Cross Cemetery, Fairfax Street, St. Albans with military honors to follow.

In lieu of flowers, memorials in Cliff’s name may be made to Green Mountain Post #1, American Legion, 100 Parah Drive, St. Albans, Vermont 05478.

Assisting Cliff’s family is the Heald Funeral Home, where messages of condolence are welcome at www.healdfuneralhome.com.