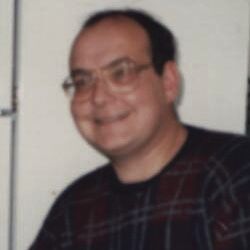 SWANTON – Claude Arthur Brosseau, a lifelong area resident, passed away unexpectedly early Tuesday, December 29, 2020, at his home with his wife and son at his side.

Born in St. Albans on November 9, 1956, he was the son of the late Dr. Albert and Julianna (Savard) Brosseau. Claude was 64 years old.

Claude was a 1974 graduate of Bellows Free Academy and then went onto join the United States Coast Guard; following his service, Claude attended Johnson State College. He was a longtime sales associate with A.N. Deringer Customs Brokers. He loved to ride in his car and frequented yard sales to find collectables.

Survivors include his wife, Louise of Swanton; their sons, Nicholas of Swanton and Alexander of Santa Ana, California and their daughter, Elizabeth Brosseau and her fiancé, Bryan Sayles of Weymouth, Massachusetts.

Claude is also survived by his sisters, Monique Brosseau, Sister Rita Brosseau, Jacqueline Brosseau-Cyr and Madeleine Bates and her husband, Geoffrey, as well as several nieces and nephews and his feline companion, Bob.

In addition to his parents Dr. and Mrs Brosseau, Claude was pre-deceased by his brother, Andre’ Brosseau and sisters, Cecile, Suzanne, Marie Helene and Therese.

There will be no calling hours.

A Mass of Christian Burial will be celebrated on Wednesday, January 6, 2021, at 11:00 a.m. at Holy Angels Catholic Church, 245 Lake Street, St. Albans. Prayers of committal and military honors will be held at a later date in Mount Calvary Cemetery.

With Claude’s love for animals, his family asks that memorials in his name be made to the Franklin County Animal Rescue, 30 Sunset Meadow, St. Albans, Vermont 05478.

Assisting the Brosseau family is the Heald Funeral Home, Celebrating Lives since 1918, where messages of condolence or sharing of memories are welcome at www.healdfuneralhome.com.