Saint Albans - Bette-Jean (Bates) Nolan a lifelong resident of this area passed away Tuesday, January 17th, 2023, at her home with her family at her side.

On June 27th, 1964 at Our Lady of the Lake Church in St. Albans Bay, she married her high-school sweet heart, Wayne A. Nolan who predeceased her on January 11th, 2018. Together they moved to St. Albans Town and worked on Wayne’s father’s farm and raised two sons, Ronald Nolan and his wife, Kanlaya Kon and Steven Nolan both of St. Albans.

Bette attended school in Georgia and was a 1963 graduate of Bellows Free Academy in St. Albans. For many years she did housekeeping for several area families and also was employed at several area manufacturers including 7 years at the Teddy Bear Factory doing in home sewing. In 1996 she joined Professional Nurses of Winooski. She was a longtime communicant of the Our Lady of the Lake Church, a member of Jolly Homemakers 4-H Club, enjoyed camping, gardening, attending to her vegetable and flower gardens as well as sewing and fishing.

In addition to her sons, Bette is survived by her grandchildren, Cassidy, Zackary, Amanda and her husband, Christopher, Jeremy and his fiancé, Carrisa and Angelina and great-grandchildren, Haylee, Makayla, Jaxson and Declan.

Bette is also survived by her brother, Gary Bates and his wife, Jolly, of Georgia, sisters-in-law, Nancy Boucher and her husband, Roland, of Randolph, Marie Lebel of St. Albans and Dorothy Nolan of Florida and several nieces, nephews and cousins.

In addition to her parents and husband, Bette was predeceased by her brother, Eugene Bates, Jr and his wife, Marion, and Louis Bates and his wife, Gertrude and brothers-in-law, Claude Lebel and Robert Nolan.

A graveside service will be held later this spring in the Mount Calvary Cemetery at a day to be announced.

It was Bette’s wish that in lieu of flowers, memorials be made to the American Diabetes Association, P.O. Box 7023, Merrifield, Virginia 22116-7023 or Franklin County Animal Rescue, 30 Sunset Meadow, St. Albans, Vermont 05478.

Honored to be serving the family of Bette-Jean Nolan is the Heald Funeral Home, where messages of condolence are welcome at www.healdfuneralhome.com. 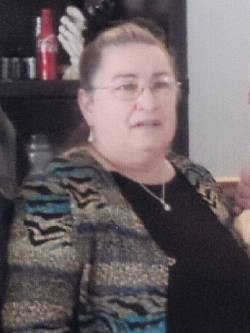