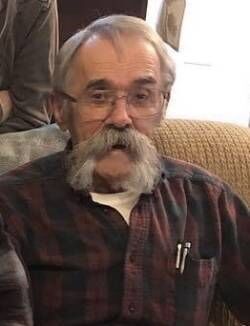 BAKERSFIELD/GEORGIA – Armond Francis Morin, a forty-year resident of Bakersfield and more recently of Georgia, passed away peacefully on Wednesday September 16, 2020, after a battle with lung cancer at his home with his family at his side.

On March 15, 1963, he married Joyce Shangraw and together they raised three children, Dawn Morin-Boucher (Dan) of Highgate, Deanna Boudreau (Brian) of Swanton, and David Morin (Michelle) of Cleveland, Ohio and also two grandchildren, Connor Boudreau of St. Albans and Madison Morin of Cleveland, Ohio. Besides his wife and family, he leaves his brother David Morin (Becky) of New York, sister Florence Berube of Connecticut, sisters-in-law, Freda Sheldon of Connecticut and Martha Labbe (Ted) of Florida and many other family and friends.

Armond was a 1959 graduate of Burlington High School and in 1973 became Postmaster in Jeffersonville, retiring after nearly thirty years of service. While living in Bakersfield he was a long-time member of the Bakersfield Volunteer Fire Department, served as Fire Warden and on the Prudential Board for the fire district. He served in the Vermont Air National Guard and received his honorable discharge with the rank of Staff Sergeant. He enjoyed playing cards, going on boat rides and fishing with his family. He was very proud of his Shuffleboard awards and loved a good game of Petanque with his friends in Florida.

In addition to his parents, Armond was predeceased by his brothers, Raymond and Robert.

Private services will be held for Armond’s family at the Heald Funeral Home, followed by military honors. Interment will be in St. George’s Cemetery in Bakersfield at a later date.

In lieu of flowers, memorials may be made to the Bakersfield Volunteer Fire Department, P.O. Box 12, Bakersfield, Vermont 05441 or the Hospice Program of the Franklin County Home Health Agency, 3 Home Health Circle, St. Albans, Vermont 05478.

To send Armond’s family a message of condolence or share a memory, kindly go to his online guestbook at www.healdfuneralhome.com.