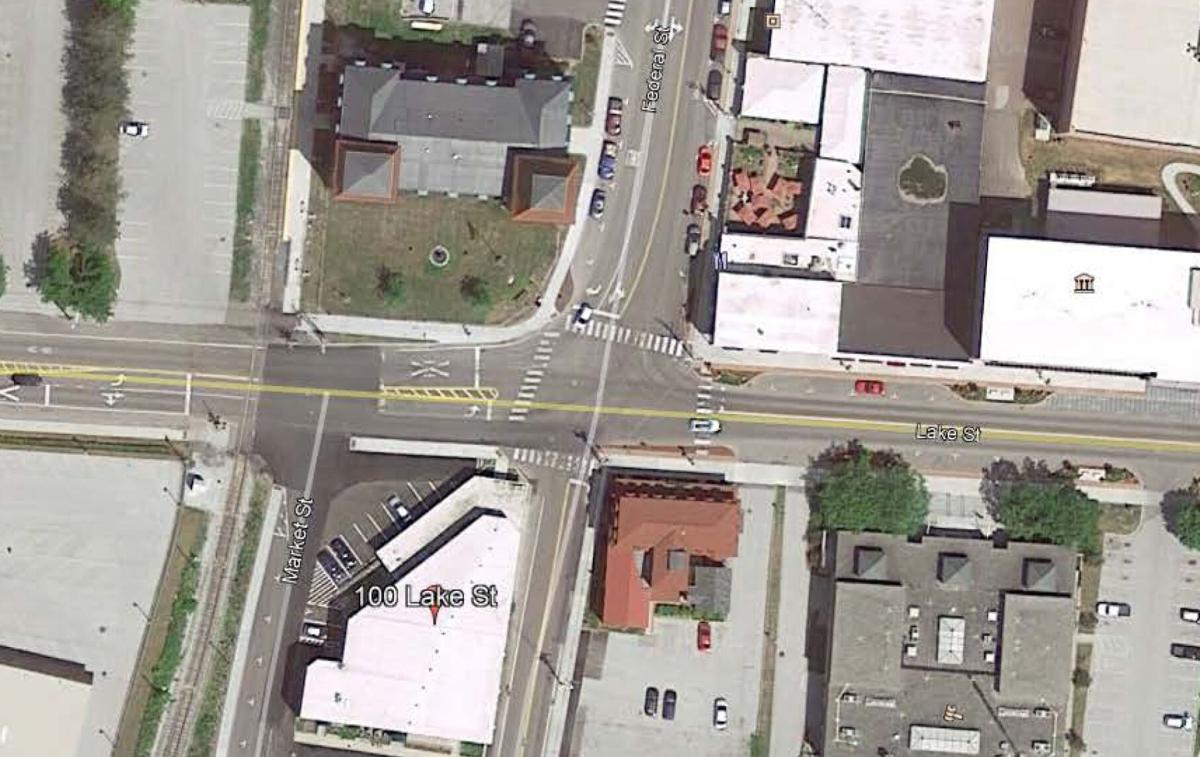 100 Lake Street, located between Market and Catherine streets, has had its roof hit by trucks turning right onto Catherine. 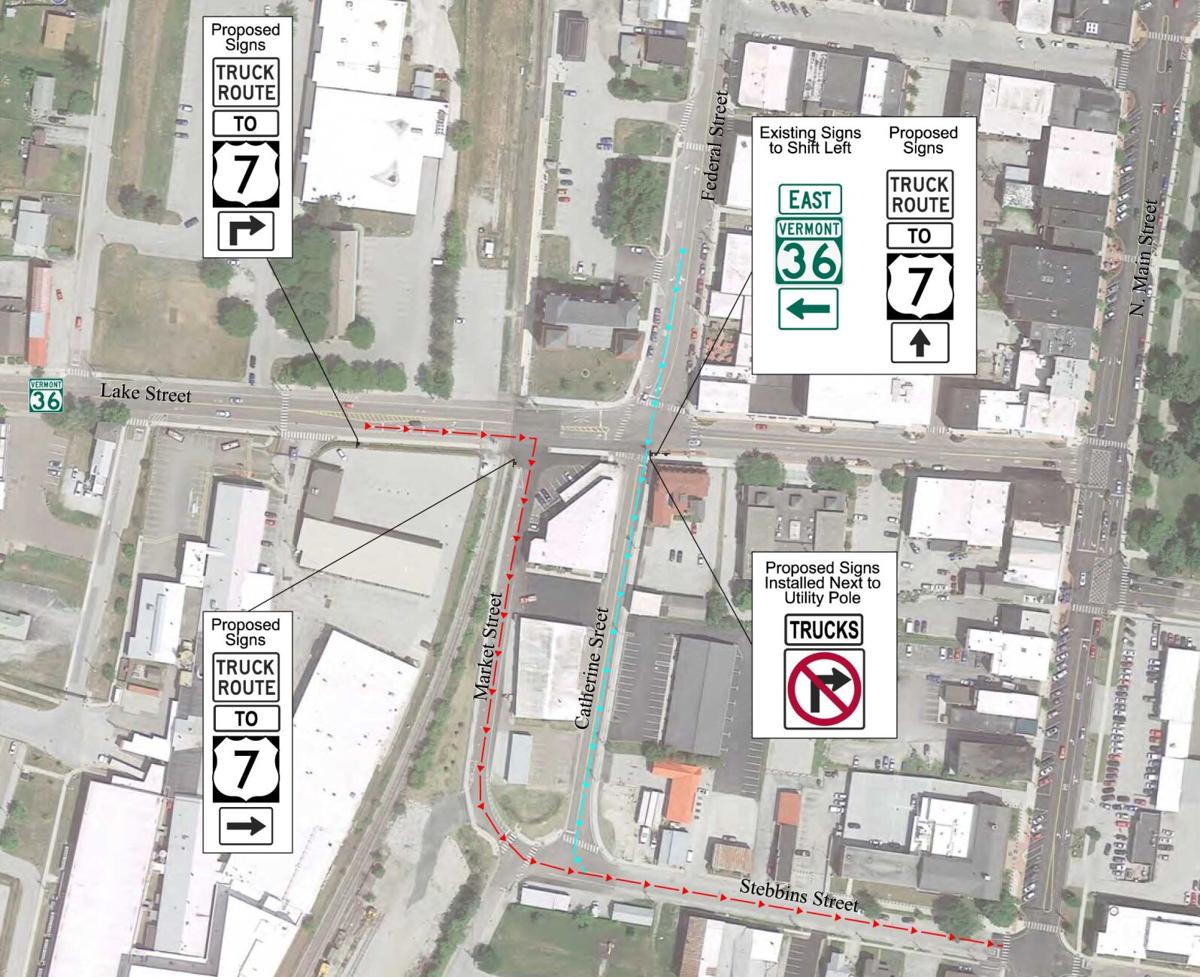 This illustration by the city’s engineering firm, VHB, shows the signs the city will use to direct tractor trailers from Lake Street to South Main Street while avoiding tight intersections.

100 Lake Street, located between Market and Catherine streets, has had its roof hit by trucks turning right onto Catherine.

This illustration by the city’s engineering firm, VHB, shows the signs the city will use to direct tractor trailers from Lake Street to South Main Street while avoiding tight intersections.

The St. Albans City Council approved Monday an emergency order banning the turns for 30 days and held a first reading on a regular ordinance containing a permanent ban.

Approving the emergency ban allows the city to go ahead with signs informing trucks that the best way to get to Route 7 and Interstate 89 from Lake Street is to take Market Street to Stebbins Street and then turn from Stebbins Street onto South Main Street, according to city manager Dominic Cloud.

When the city made extensive improvements to the intersection of Lake, Federal and Catherine streets in 2017, the intent was to have large trucks traveling east on Lake Street turn right onto Market to head south toward I-89.

The city assumed drivers would see the improved conditions on Market Street and take that street, said Chip Sawyer, the city’s director of planning and development.

“As we learned on Upper Welden Street, you can’t always count on common sense,” Sawyer said.

Despite large signs telling them tractor trailers are prohibited on Upper Welden Street, one stating “Your GPS is wrong,” truck drivers have continued to take the narrow neighborhood street to get to Route 7.

On Catherine Street, the issue is that trucks taking the turn too sharply are hitting the roof of the building at 100 Lake Street.

On Main Street, trucks attempting to turn off of Lake Street onto Main can create traffic snarls as they attempt to navigate an already busy and complex intersection. They have also damaged traffic poles, according to a memo written by Sawyer.

“It’s almost comical to see a truck go up Lake Street and try to make take that turn onto Main Street at 8:30 or 9 in the morning,” said Ward 1 Councilor Tim Hawkins. “Cars aren’t able to get where they want to go because one truck is trying to negotiate that turn.”

Although he agreed Market Street is the best option, Hawkins did ask if there were ways to improve it’s accessibility for trucks coming off of Lake.Cloud said that when the improvements to the intersection were made, Market Street was made as accessible for trucks as the amount of land available to the city allowed.

Sawyer suggested the city’s traffic engineers look at it again to see if additional improvements could be made, such as eliminating some parking on the north end of the short street.

Penalties within the ordinance match those for truck drivers who take Upper Welden: $100 for a first offense, $300 for a second, $500 for a third, and $800 thereafter.

Ward 6 Councilor Chad Spooner suggested the ultimate solution is a clearly marked truck route through the city starting at I-89. Tractor trailer drivers, he pointed out, routinely drive neighborhood streets they should not be on.

In addition to signs directing trucks to Market Street, the city may also extend the curb at Catherine Street, creating another visual telling trucks not to attempt that turn. The city’s engineers suggested a concrete bollard or an indicator pole as other methods for discouraging trucks from making a right onto Catherine.

While right turns are discouraged, truck drivers will be directed to go straight from Federal Street onto Catherine rather than turning right onto Lake Street and then left onto Market to get to Stebbins and ultimately Main Street.

Have a question about something happening in your community? Email news@samessenger.com, and we will do our best to answer it.