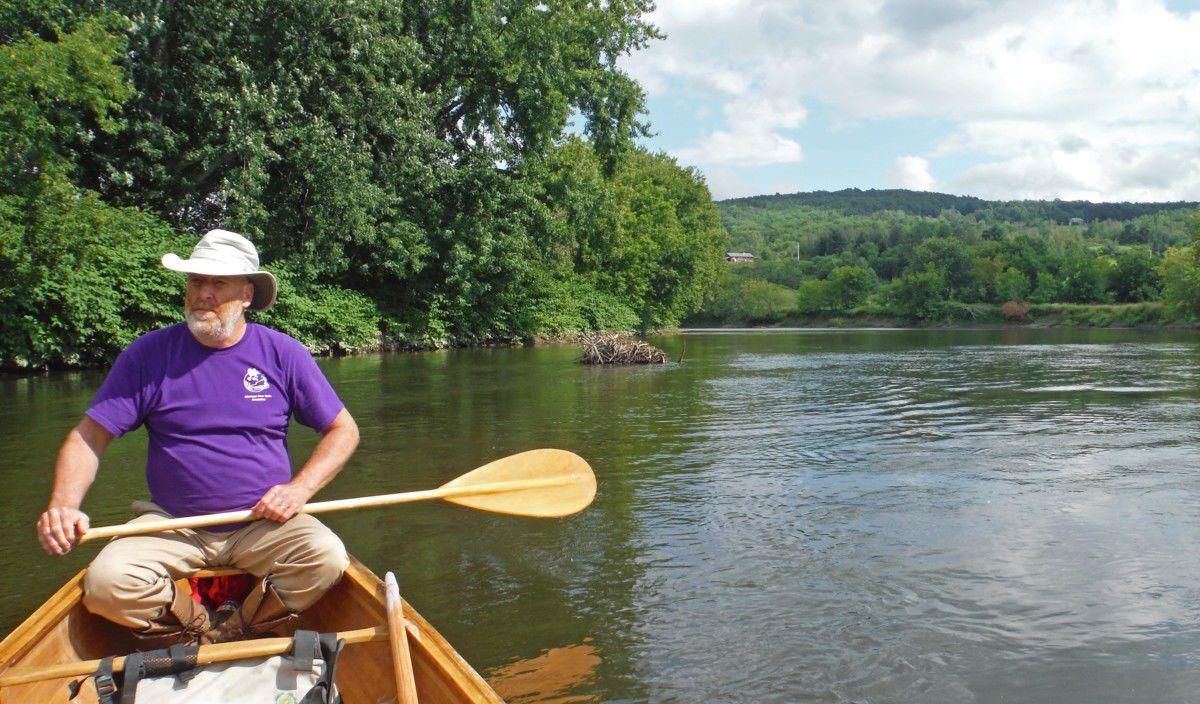 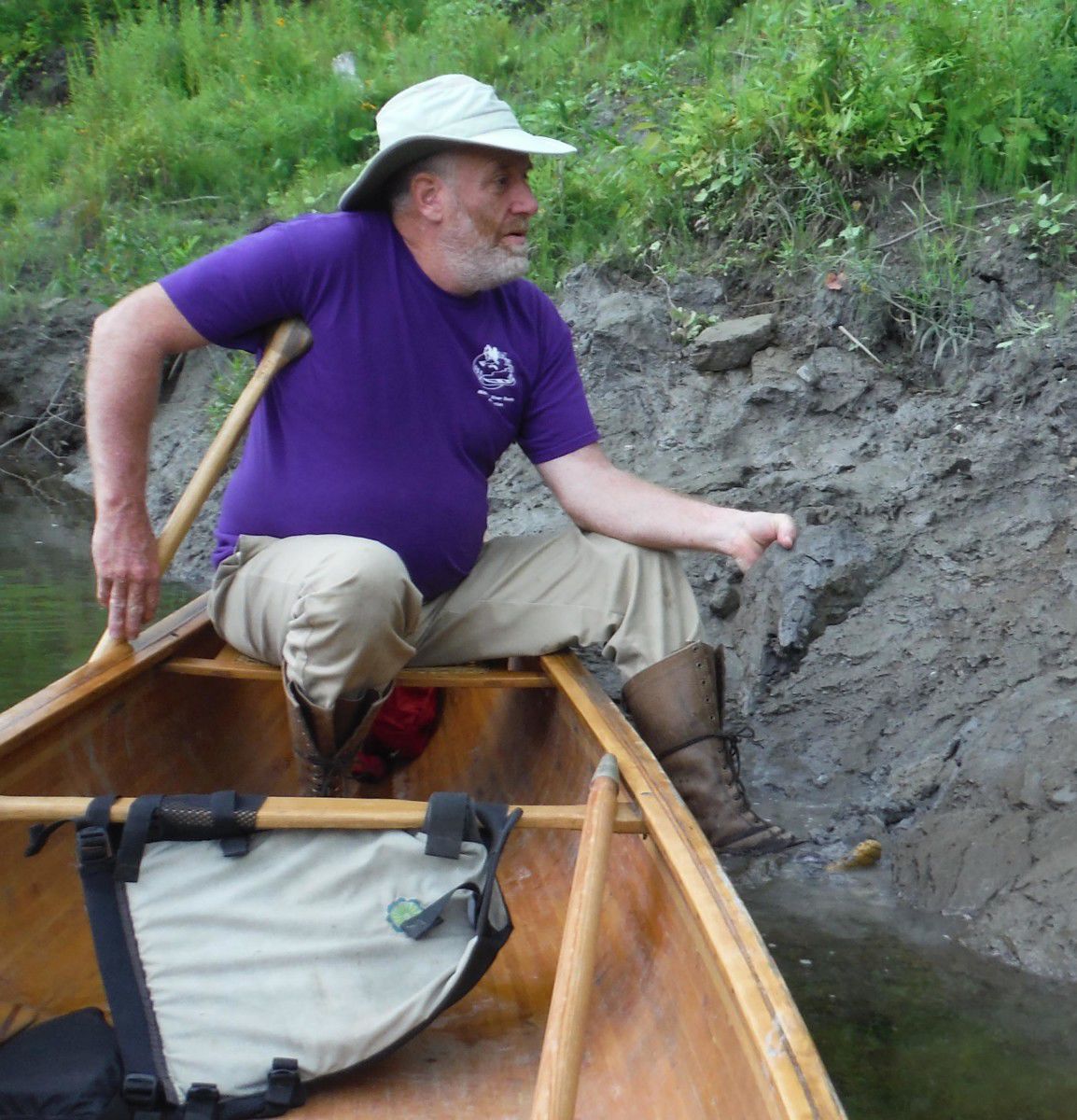 John Little points out a clay deposit on the shore of the Missisquoi near the mouth of the Trout River.

John Little points out a clay deposit on the shore of the Missisquoi near the mouth of the Trout River.

A lifelong paddler, he gets as excited seeing others enjoying the river as he does getting out on it himself.

A woman and her two sons, each carrying a light blue kayak, called back, letting John know they had been out paddling around an island nearby. “It’s cool they put that little dam there because then you can go down around and come [back] up,” said John.

After a few more pleasantries, the family left, leaving the pair of us alone in the parking lot, ready to begin a nine-mile paddle to Boston Post Dairy in Enosburg Falls, where the other car was parked.

John, the president of the Missisquoi River Basin Association (MRBA), was easily convinced to come for a paddle the night before, despite weather reports of rain all day.

He strapped on calf-high boots and began carrying supplies down to the water’s edge: a setting pole, three paddles (in case the river carries one away), life jackets, lunch and a waterproof bag for phones, keys and wallets.

Several yards behind the truck was a Northern Forest Canoe Trail (NFCT) sign, informing visitors to the park about the history of the waterways which comprise the 740-mile marked canoe trail, extending from the Adirondacks in New York, through Vermont, Quebec and New Hampshire, all the way the Canadian border in Maine.

John said back in 2006 when the NFCT was formed, the only reason the Missisquoi was chosen over the Lamoille River as a connecting river was Davis Park. “Lamoille didn’t have one, so we got it,” he said.

After signing into the guest log, I led the way down a stone staircase built by a NFCT work crew. John followed shortly after, carrying the handmade wood strip canoe over his shoulders before dropping it into the Missisquoi.

For a full account of Elaine and John’s adventure on the Missisquoi, pick up a copy of the weekend Messenger or subscribe to our digital edition.