You are the owner of this article.
Edit Article Add New Article
You have permission to edit this article.
Edit
Subscribe | Sign In
Home
News
Elections 2020
Sports
Classifieds
Obituaries
Editorial
Business Directory
Things to Do
About Us
e-Edition
2020 Meet Your Business Community
2020 Resource Directory
NEWSLETTERS
1 of 5 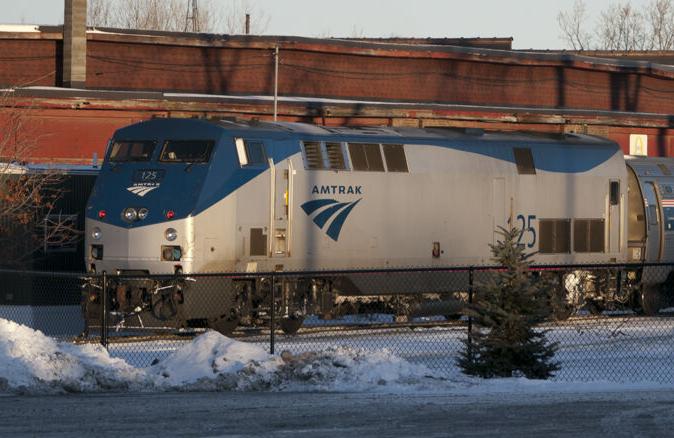 The 55 Vermonter idles near a roundhouse in St. Albans before a daily run to Washington, D.C., in 2019. The Vermonter's stops in the Green Mountain State have been on hold for months now due to COVID-19. 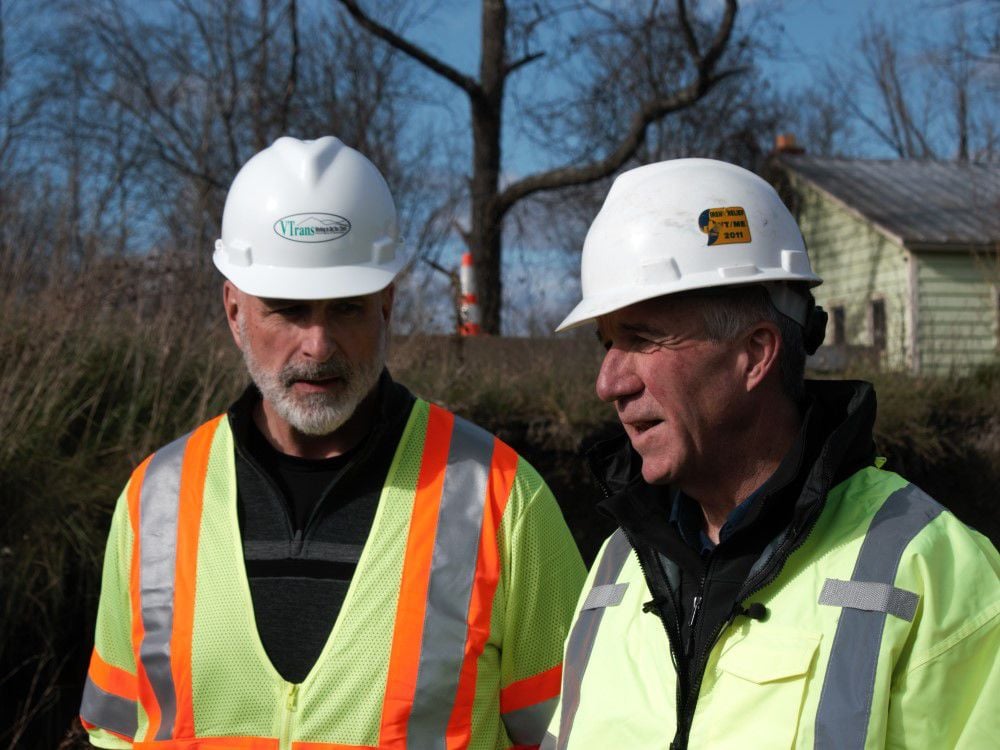 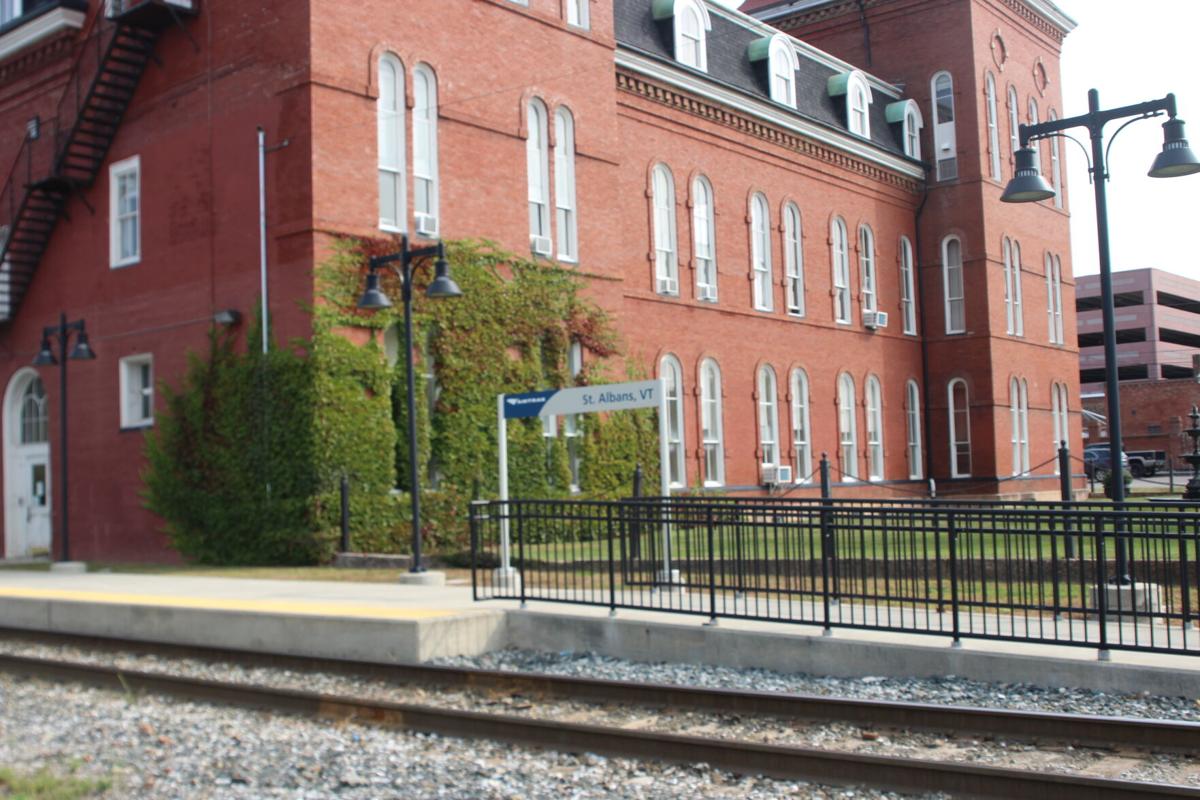 No passengers have boarded the Vermonter at the Amtrak stop outside of the New England Central Railroad building in months. 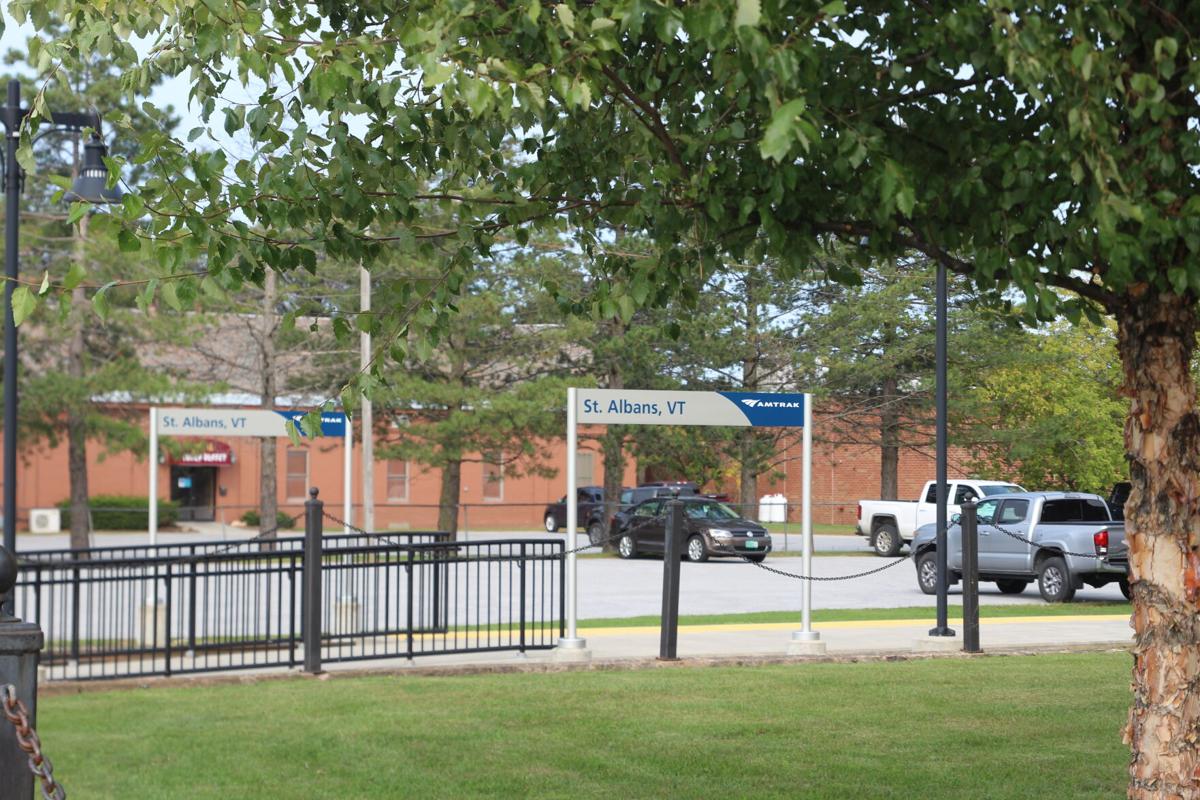 No passengers have boarded the Vermonter at the Amtrak station in St. Albans for several months as a result of the pandemic. 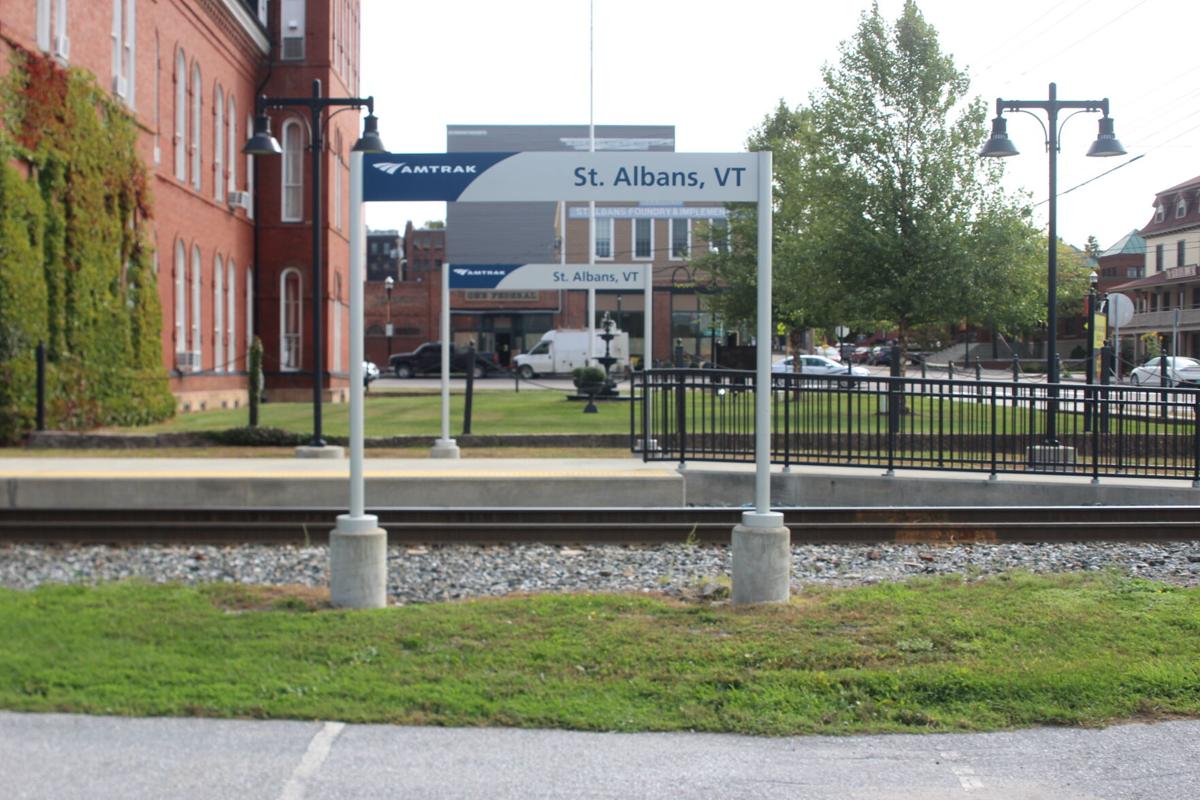 No passengers have been boarding at the Amtrak station in St. Albans for months, but service could resume by the end of the year.

The 55 Vermonter idles near a roundhouse in St. Albans before a daily run to Washington, D.C., in 2019. The Vermonter's stops in the Green Mountain State have been on hold for months now due to COVID-19.

No passengers have boarded the Vermonter at the Amtrak stop outside of the New England Central Railroad building in months.

No passengers have boarded the Vermonter at the Amtrak station in St. Albans for several months as a result of the pandemic.

No passengers have been boarding at the Amtrak station in St. Albans for months, but service could resume by the end of the year.

ST. ALBANS CITY — Train whistles can still be heard through St. Albans on a daily basis, but none of them since March have indicated that passengers are making their way down the line.

While public transportation is available in Vermont in the form of air travel and buses, commuter railroad services have not yet been approved to resume.

Somewhat ironically, an Amtrak route named the Vermonter has been running its way up from Washington, D.C. but makes its northernmost stop in Greenfield, Mass., not being permitted to bring passengers into the Green Mountain State. Similarly, its Ethan Allen Express has not been going from New York into Rutland since the start of the pandemic when ridership began to greatly decline.

Meanwhile, Amtrak has been running through New York City, Massachusetts, and Maine as of late.

Asked at his Sept. 11 press conference what criteria is being used to select a restart date and if he had a target for the resumption of services in Vermont, Gov. Phil Scott did not provide any concrete answers.

“We’re continuing to talk with Amtrak,” said Scott. “Obviously, we want to get that going just as quickly as we can when it’s safe. As we’ve seen throughout the state, public transportation is down by at least 50 percent at this point in time. The ridership of Amtrak, I believe, is way down as well. But I’ve heard that there’s some news: they want to start coming back to Rutland first, maybe in the coming weeks, and we are engaged with them to do whatever we can to provide for the service into Vermont when it’s safe.”

Agency of Transportation (VTrans) Public Outreach Manager Amy Tatko provided a follow up in an email to the Messenger on the behalf of Scott’s office after the press conference, noting that Amtrak will only be using the rail line into Rutland to conduct crew training and will not be carrying passengers right away.

The timing Scott did provide for when Amtrak might once again be able to bring customers through Vermont, however, might come as some good news for those who are hoping to utilize it for holiday travel.

“We’ll be working with the Agency of Transportation, as well as with the Department of Health, to make sure that we have provisions in place when we do have Amtrak running again,” he said. “But I would say, at least, in the next two to three months, we’ll see Amtrak running again in the state.”

The difference in that window could have major implications on Amtrak’s bottom line if passenger service is to be restarted before or after Thanksgiving. Students at the University of Vermont, Saint Michael’s College, Champlain College and Vermont Technical College will be completing the fall semester remotely, meaning those students who would normally stay on campus through the Thanksgiving weekend and then go home for winter break will instead be clearing out in late November.

That ridership would be crucial for a company that the Washington Post reported, in a Sept. 3 story, is set to furlough over 2,000 employees at the end of September.

VTrans Secretary Joe Flynn spoke with the Vermont Rail Action Network’s Governor’s Rail Council earlier this month and said that there could be an announcement of when services will be able to resume made shortly and that no one should be doubting how much Scott and his administration value the mode of transportation in the state.

“Look at the investments Vermont has made in track upgrades for passenger rail,” Flynn said in an email to the Messenger. “Upgrades such as the Middlebury Tunnel project, which was always an impediment getting the Ethan Allen to Burlington; the decision announced to overnight the Ethan Allen in the Burlington Rail Yard; relocating and restoring the Vergennes train station – these all point to a commitment to passenger rail in Vermont.”

Flynn also noted that Amtrak has told VTrans that there would be about a 30-day period it would need to once again get everything together and be fully functional after getting the green light to resume.

In the meantime, an uncertainty lingers among stakeholders in the industry. Carl Fowler, president of CHF Rail Consulting LLC and a longtime member of the Vermont Rail Advisory Council, has been hoping his colleagues and he could get some of the criteria Scott was asked about last Friday.

There is also an uncertainty among and consumers. Possibly being optimistic and sticking to a date it thought it would be running in the state, Amtrak’s online ticket purchasing system allows for trips to be booked on the Vermonter as early as Oct. 6 at press time for this story. Fowler said the same thing was happening earlier in the summer when restart dates of early July and then early September were being utilized for planning.

While there is likely a monetary repercussion to Amtrak for having to continuously refund those purchases, Fowler suggested there might be a more significant impact the company is allowing itself to sustain by having the ticket system operating like it is.