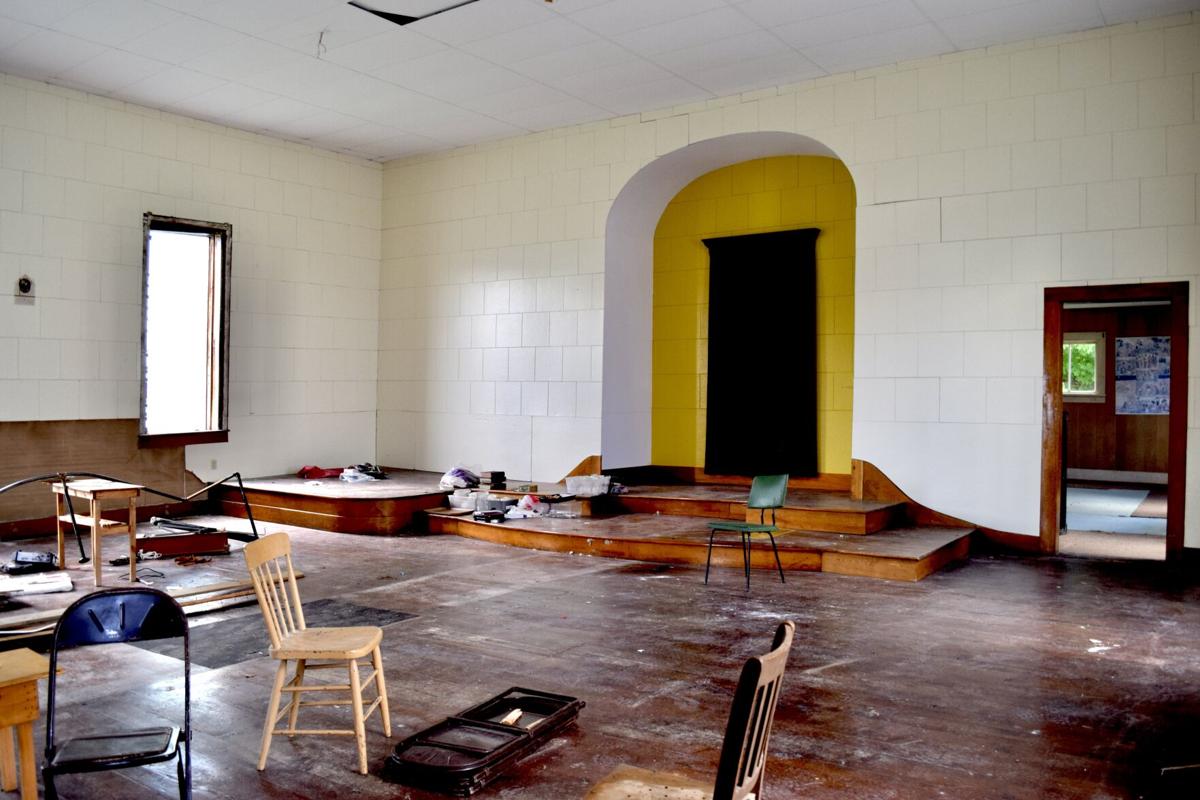 Inside the old chapel of the West Enosburg United Methodist Church, hardly any furniture was left on the Tuesday before demolition. (Kate Barcellos) 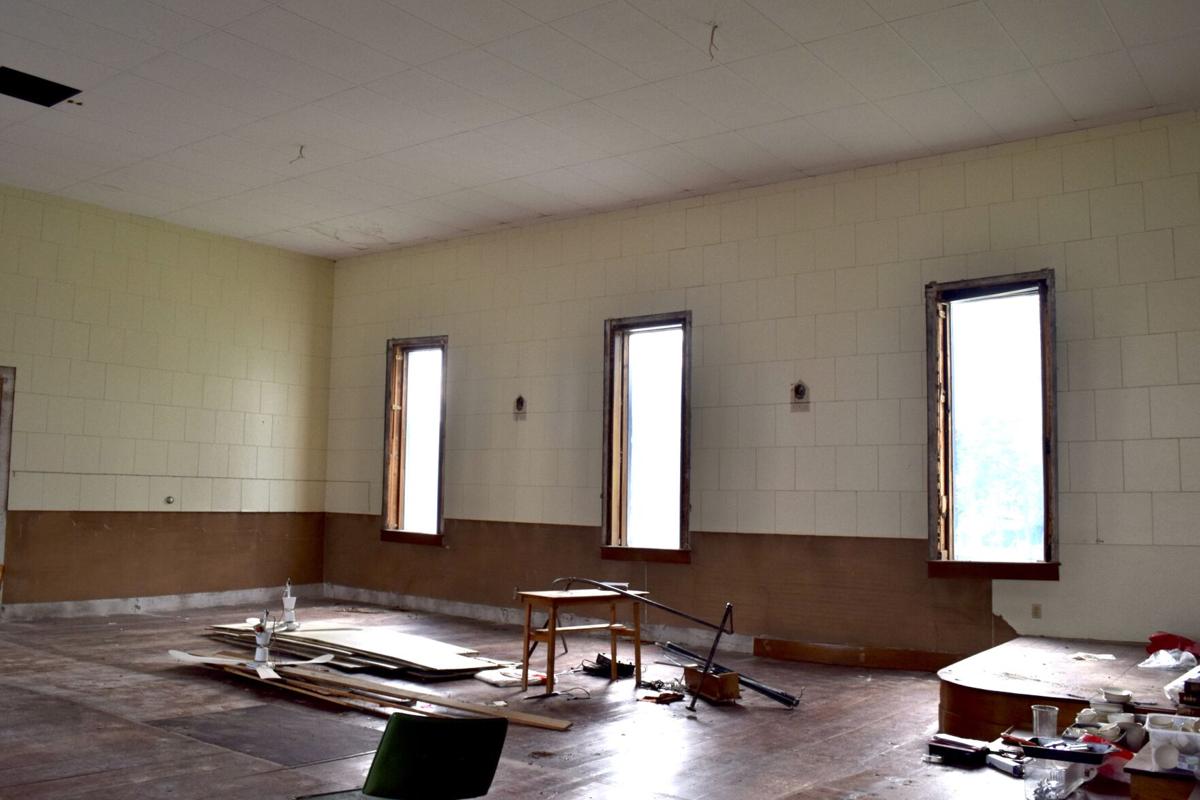 Inside the West Enosburg United Methodist Church, the stained glass windows have all been sold to local residents in an effort to preserve the art. (Kate Barcellos)

ENOSBURG FALLS-- The West Enosburg United Methodist Church will be demolished next week.

In an interview with The Messenger on Tuesday, Warren Hull, Chair of the Church Trustees said it would cost hundreds of thousands of dollars to keep the church operational whereas demolishing it will cost an estimated $40,000.

The church at 1725 Tyler Branch Rd only has three active members, Warren said.

“The church’s foundation is totally shot and the walls are moving,” Warren said. “The cross timbers underneath are all rotted…but there isn’t enough money to fix it. Not a lot of people go to church anymore, especially in Vermont.”

His wife, Marie Hull said the members of the church voted to demolish it on April 26 after a survey went out to parishioners in November of 2020 seeking public input about the church’s future.

After next week’s demolition by local contractor Scott Goodhue, Warren said any remaining wood would be burned, the property appraised and put up for sale.

The structure was built in 1882, Warren said, but since attending as a child Hull said he’s seen attendance steadily decline between their aging population and lack of young families.

So on May 26, the members of the church voted to merge with the Enosburg Methodist Church and Hull said he and his wife Marie switch back and forth between attending service there and at the Richford Methodist Church, both of whom share a pastor.

The church is not on the historical registry because in order for it to be registered, the building needs to have a purpose and the church no longer has one, Warren said.

The Hulls sat down with me and laid out the options the congregation explored for possibly repairing the church, but the building was too far gone.

The first option was to raise the building, remove the floor of the main room and dining area, and install front walls and a slab after filling in the hole.

Option two required raising the building and put a proper basement under it, including new front steps and replacing sills and joists

"A lot of the families, their children go off somewhere or they change their religion," Warren said. "They belong to other churches, they get married. There's just not enough people in the congregation anymore."

Additional repairs included a new roof for the tower and replacing all the windows in the dining room, which was open to the elements due to broken glass.

The electrical system needs an entire overhaul as does the water system, which pumps water from the parsonage next door where the minister used to live.

The parsonage has already been sold to a private owner, the Hulls said.

To preserve whatever they could and to finance, members of the church are selling off pieces of it

Each of the unique, stained glass windows have already been sold off for $1000 apiece, and the pews were sold off for $50 each to Vermont Swiss and Bloom Farm, a wedding venue in Enosburg Falls.

The weathervane has been taken down for $800, $1600 was spent testing for asbestos and $250 for asbestos remediation, but the iconic bell remains in its tower.

There are no plans for the bell’s relocation yet, Warren said.

A piece of history

The original church was a brick building built in 1839 which was replaced over a decade later by a different chapel on the current foundation. The second church caught fire, and was then replaced with the structure at 1725 Tyler Branch Rdv today in 1882.

The Hulls recalled happier times at the Church when people gathered for the Strawberry Festival and the Mother-Daughter banquet that drew dozens to their dining room to break bread together.

“Everyone would get dressed up, and there would be some entertainment,” Marie said.

“When I was a kid there was probably 35, 40 people there every Sunday,” Warren said. “But it’s kept going down since then.”