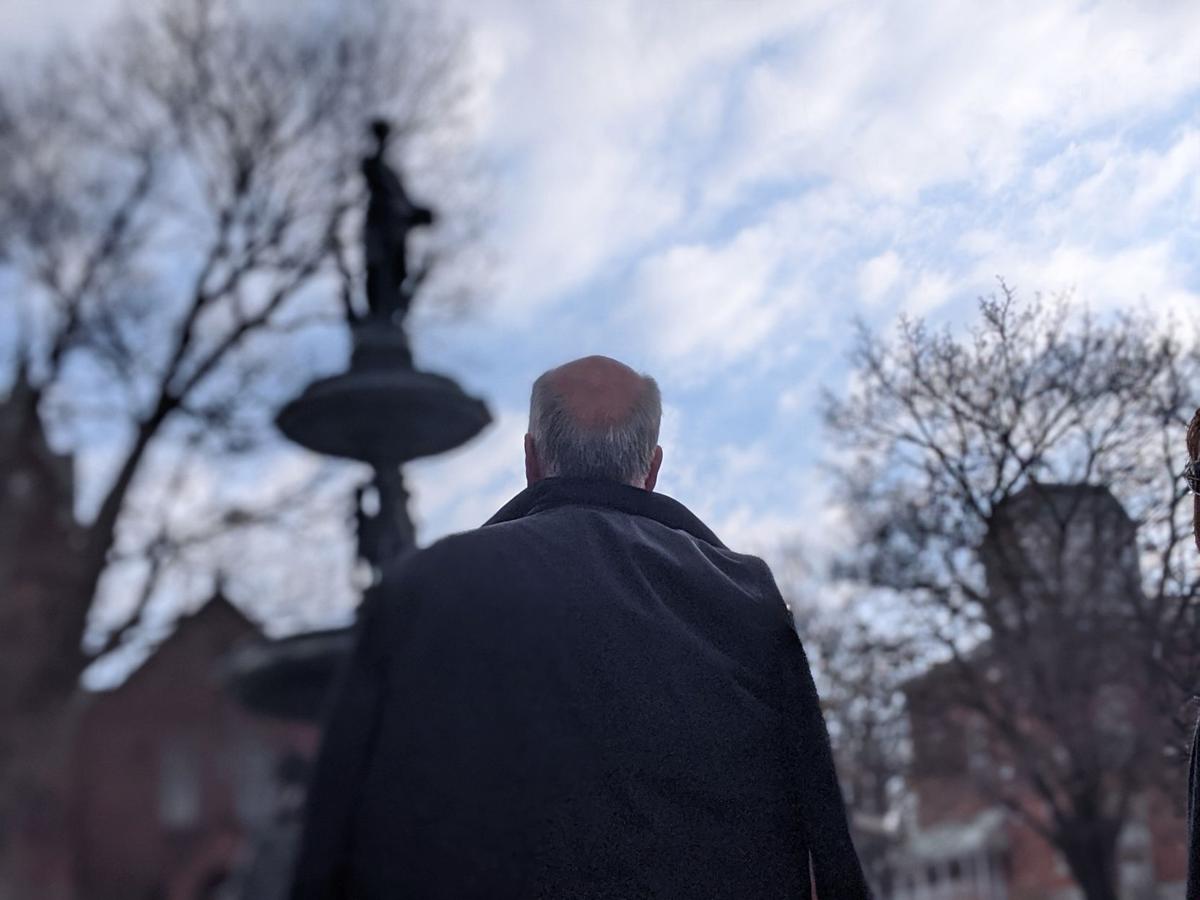 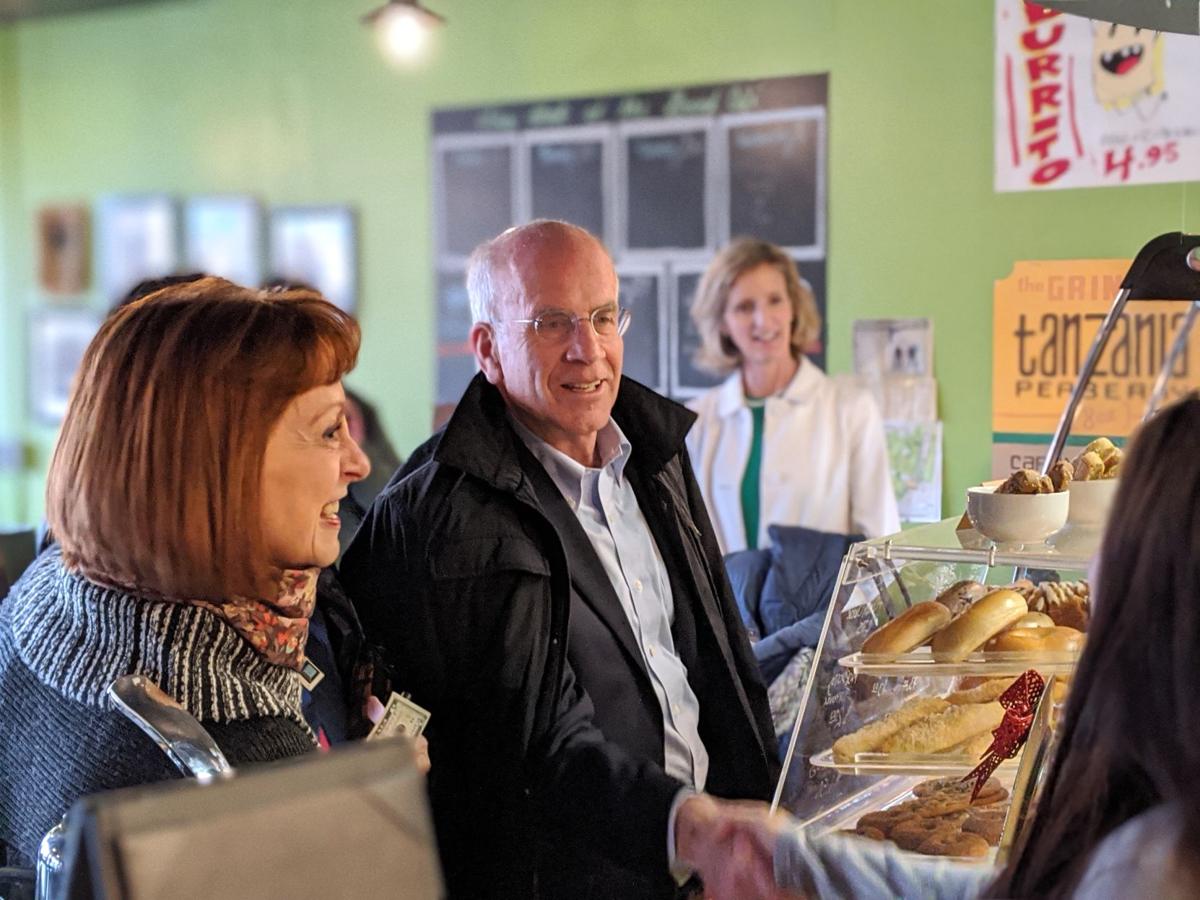 Rep. Peter Welch visits the Grind, on South Main Street, with the Franklin County Regional Chamber of Commerce’s Lisamarie Charlesworth to his right. 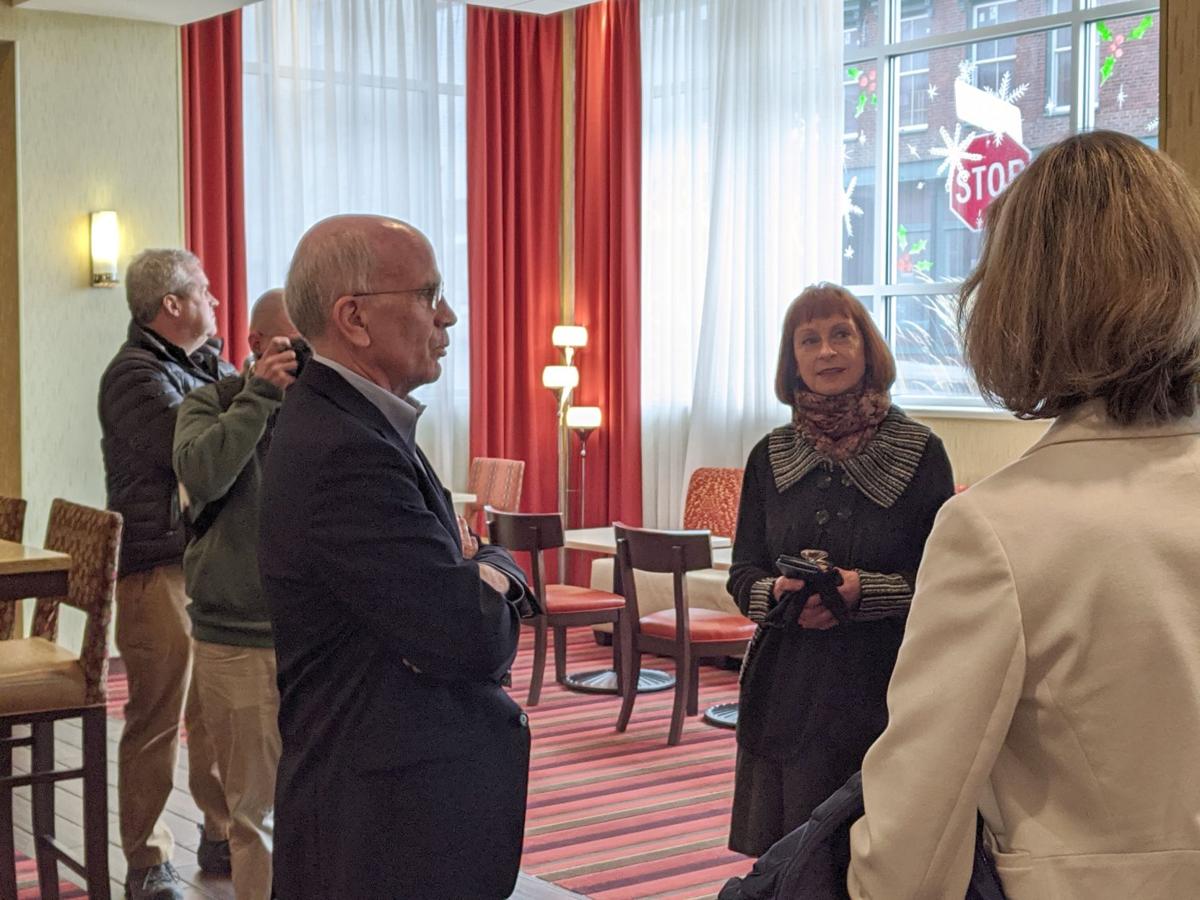 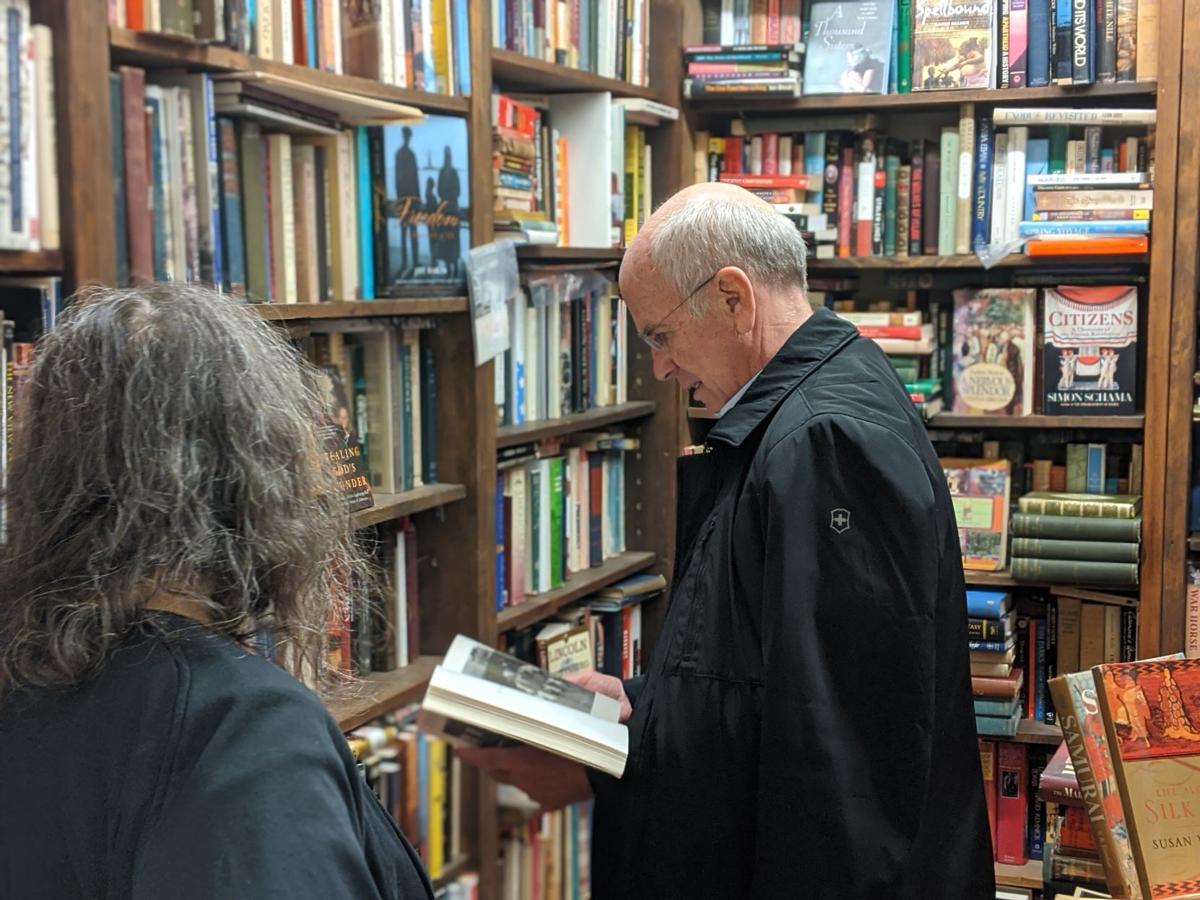 Rep. Peter Welch visits the Grind, on South Main Street, with the Franklin County Regional Chamber of Commerce’s Lisamarie Charlesworth to his right.

ST. ALBANS CITY — Rep. Peter Welch may make a stern presence on the House impeachment committee in Washington, but he was all sunshine and praise touring city shops Tuesday morning.

The Franklin County Regional Chamber of Commerce’s Lisamarie Charlesworth led the charge as city officials guided Welch to five stops: the Hampton Inn on Lake Street, the Grind on South Main Street, North Main Street’s Bayberry Cottage and the Eloquent Page and finally Back Inn Time on Fairfield Street — with a quick stop in Taylor Park so Welch could say hi to the Ladies, the park’s signature fountain.

But Welch seemed impressed nonetheless. By that point, the penultimate stop on the House Representative’s city tour, Welch already had a couple purchases under his arm: a gift for a grandchild purchased from Bayberry Cottage and a book for his son from the Eloquent Page.

The Hampton Inn gathering that started Welch’s tour seemed to set the tone of his visit. Maureen Brown, the Hampton’s general manager, reminded Welch of the inn’s history on Lake Street, specifically how its 2016 opening seemed a significant step in St. Albans’ downtown revitalization.

“This is my hometown,” Brown told him. “So for me it’s big to have this downtown.”

And Brown told Welch the hotel she now manages draws guests “from all over the world” to St. Albans.

Welch said St. Albans’ revitalization had just begun when he was in his first term, prompting Charlesworth to remember the image the city had when she moved here.

“It was this dark, gloomy space and people were telling me in the park late at night,” Charlesworth said. “For an outsider to watch the transformation, it’s just been mind-blowing.”

“You’ve got a lot to be proud of,” Welch said, to everyone assembled.

He pointed how “nice” it is to have a market, in this case the Rail City Market, right downtown, and seemed even more impressed when Chip Sawyer, the city’s director of planning and development, told Welch there was a supermarket, Food City, right down Lake Street.

“That’s unbelievable because towns are struggling to get groceries downtown,” Welch said.

Sawyer and Charlesworth pointed out the city’s tree going up in Taylor Park for Saturday’s Festival of Trees kickoff.

The group made its way up the street until a ballet photograph in the window of Electric Youth Dance on North Main Street caught Welch’s eye.

“Hey Tim,” he said, beckoning to the Mayor. “You could do this.”

He pointed out a photo of a dancer demonstrating great flexibility. Welch seemed awed.

“How does somebody do that?” he asked.