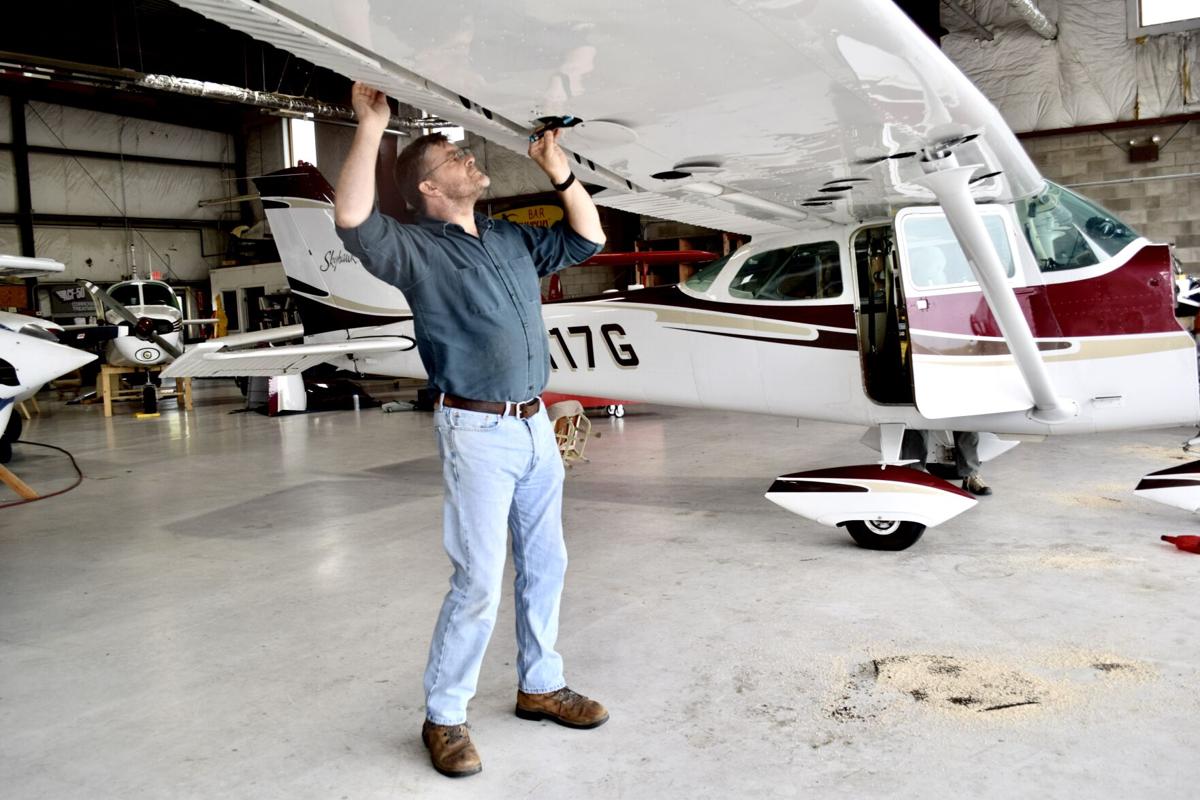 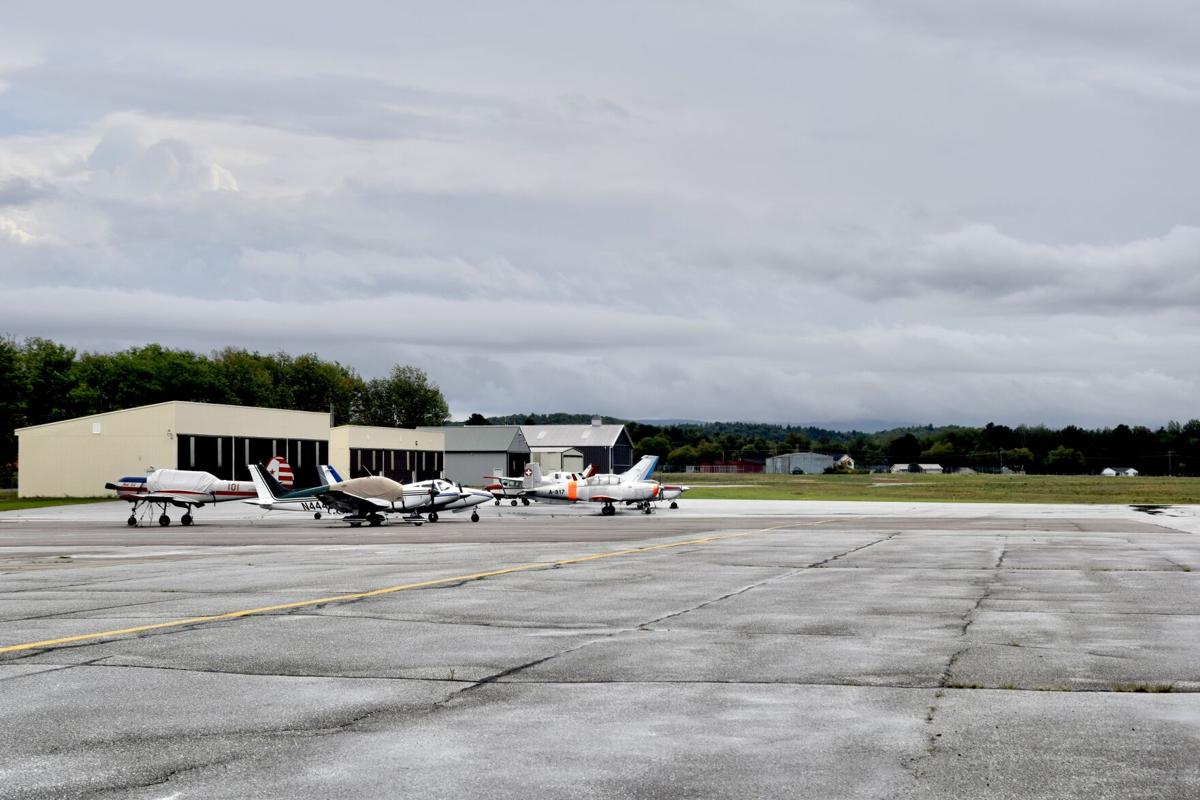 The Franklin County State Airport on the Highgate-Swanton line will be a direct beneficiary of the water and sewer project, and have the option of expanding their terminal in the future. (Kate Barcellos) 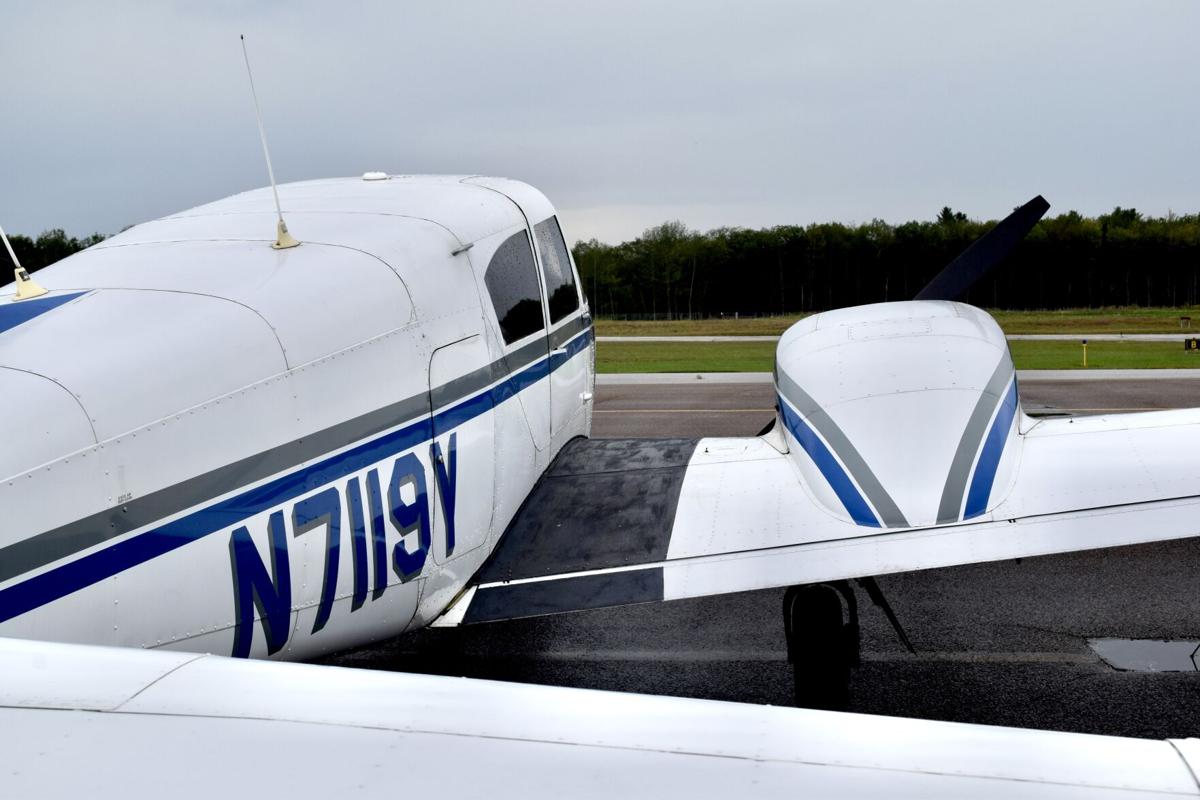 A Piper PA30 Twin Comanche looks out on the runway to be repaired and then expanded at the Franklin County State Airport. (Kate Barcellos) 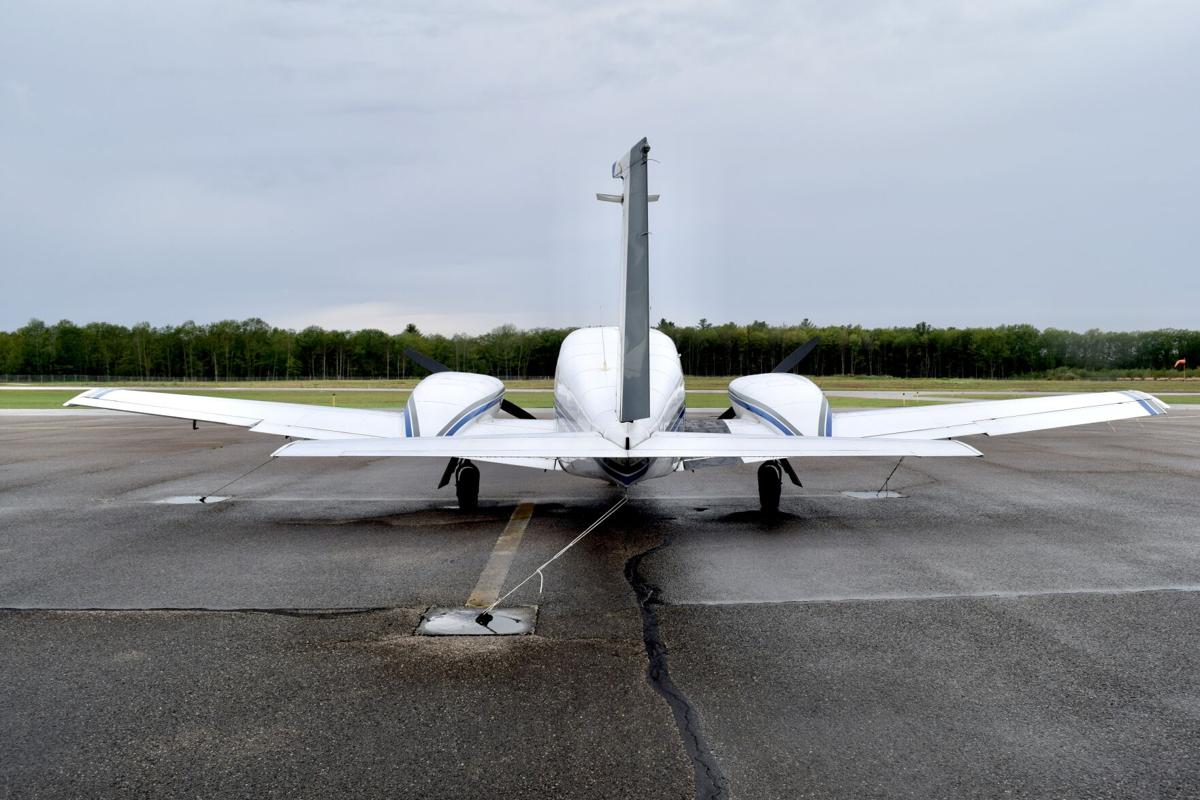 This Piper PA30 Piper Twin Comanche will soon have a new runway to take off from. (Kate Barcellos)

HIGHGATE — Highgate voters supported a $500,000 bond on Tuesday night that will facilitate the planned 2024 expansion of the Franklin County State Airport.

The $500,000 bond, approved 374-294 will go toward a $3.5 million water and sewer project for the airport and adjacent land, eliminating the need for a septic system and water cooler at the airport and making sewer and potable water available. That creates a much more dependable system for any potential companies looking to invest in the area.

Town officials expect that and a related project at the airport, an FAA-funded and state implemented expansion of the airport runway, to bring 1,200 jobs to the area, according to a town informational flyer. The runway project will enable takeoff and landing of larger cargo planes, providing companies located at or near the airport easy access to Canada.

Airport manager and Border Air co-owner Cliff Coy said if all of the funding that’s been applied for is granted, the cost to the town will be almost negligible. That includes $1 million from the Vermont Agency on Transportation, $2.2 million from the state’s Economic Development Administration and a half-million dollars each from the Northern Border Regional Commission and a state Community Development Program block grant, according to a table provided by the town.

The vote for the bond allows the town to apply for the $2.2 million EDA grant.

“I think for the future growth of the town it will be a blessing,” she said. “It helps us stabilize our tax base, income, opportunities for our children to be able to continue to live in Franklin County and we’re hopeful that there will be manufacturing that will send products out of Vermont and bring money into Vermont.”

Swanton Village Manager Reg Beliveau said he was excited when he heard the news, and his next steps will be crunching numbers with accountants to try and generate reasonable water utility rates for Highgate.

“There are opportunities here,” Beliveau told The Messenger on Wednesday. “It’s time to strike while the iron is hot. When I look at this project, I see an increased relief on the tax base. This is like a blank canvas and we have the opportunity to paint what our future should look like.”

The town project will extend Swanton Village’s water and sewer lines from Missisquoi Valley Union High School (MVUHS) to the area in and around the airport.

The runway project was initially planned for 2023, but the FAA allocated $650,000 from the American Rescue Plan this year to accelerate the first phase of the project. The 3,000-foot runway will be repaired, restored and expanded from 60 to 75 feet wide to bring the airport into compliance with FAA guidelines, Coy said, adding that it could begin as soon as next year.

The rest of it -- extending the runway to 1,000 feet long -- is now slated for 2024, Coy said. VTrans still needs to acquire air easements from small business owners to be able to use the airspace above their homes and barns.

The water line would extend 7,200 feet from the entrance of Missisquoi Valley Union High School to the airport area, and 2,200 feet of sewer line and associated manholes would service the property along Airport Road, where the airport and Border Air is located.

“The opportunity for that type of growth in that area … it’s job shifting,” Beliveau said. “There’s going to be a thousand people staying in their community — the hope is that locals will be working there.”

Once the EDA grant for $2.2 million is confirmed, Coy said, the next steps will be working with Beliveau and the chosen design engineer, which may be Aldrich and Elliott, to approve the final design of the water and sewer system.

Aldrich and Elliott were selected to create the preliminary design for the project, Coy said, and he expects the firm will continue doing the design work — costs that will be factored into the overall price of the $3.5 million project.

The water and sewer system is set to run down Route 78 in Highgate and can be made available to residents, Coy said.

Eventually, Belliveau said, Highgate public works might consider getting a distribution license so the municipality can operate the water and sewer system on their own.

“This is a partnership,” Belliveau said. “Now we can coordinate for additional grant money, and that will be our first step. To get those applications out and get these projects out on the road.”

Here are recent Franklin County property transfers up to $393,264