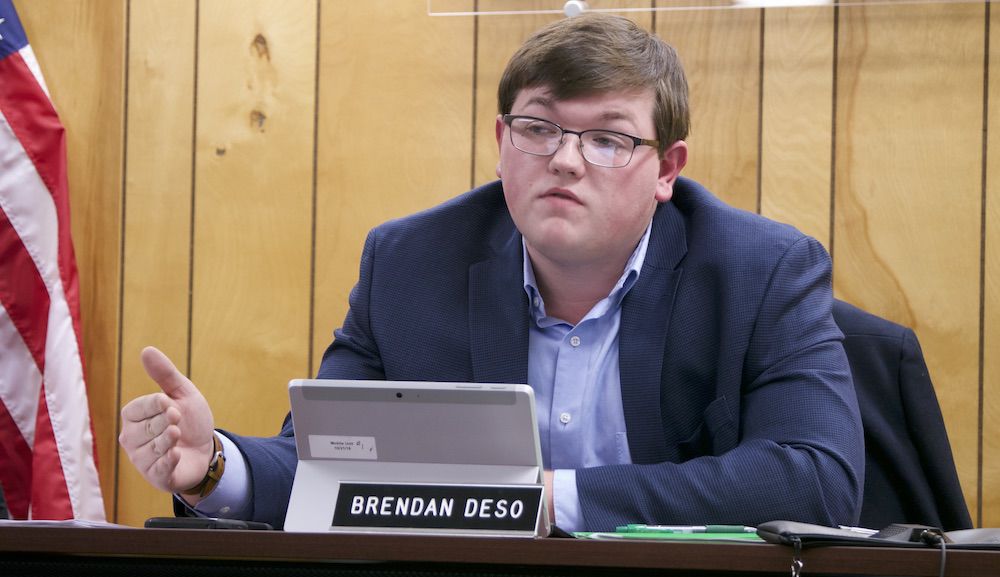 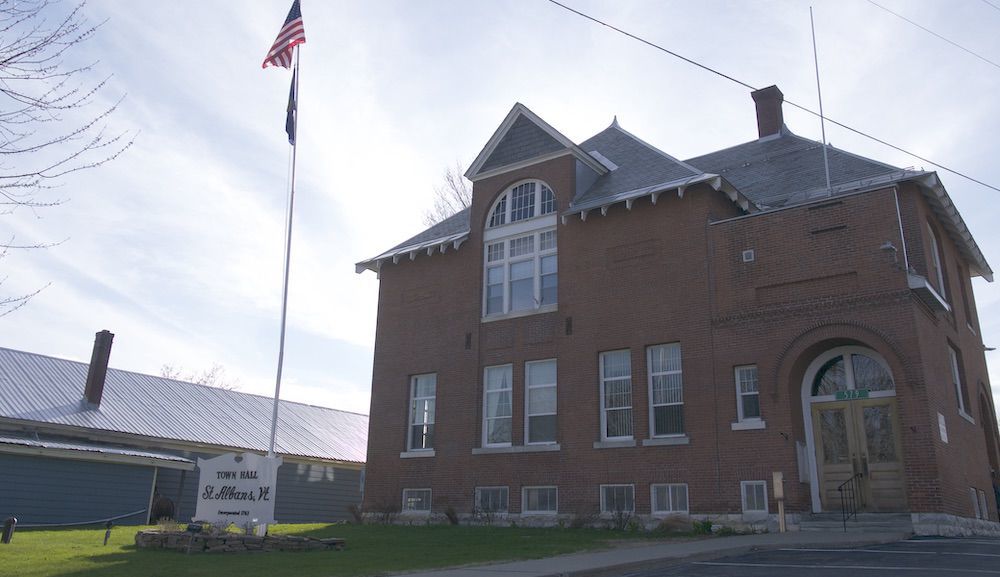 St. Albans Town continues to wrestle with possible futures for its town hall, a 120-year-old building with accessibility and space issues. 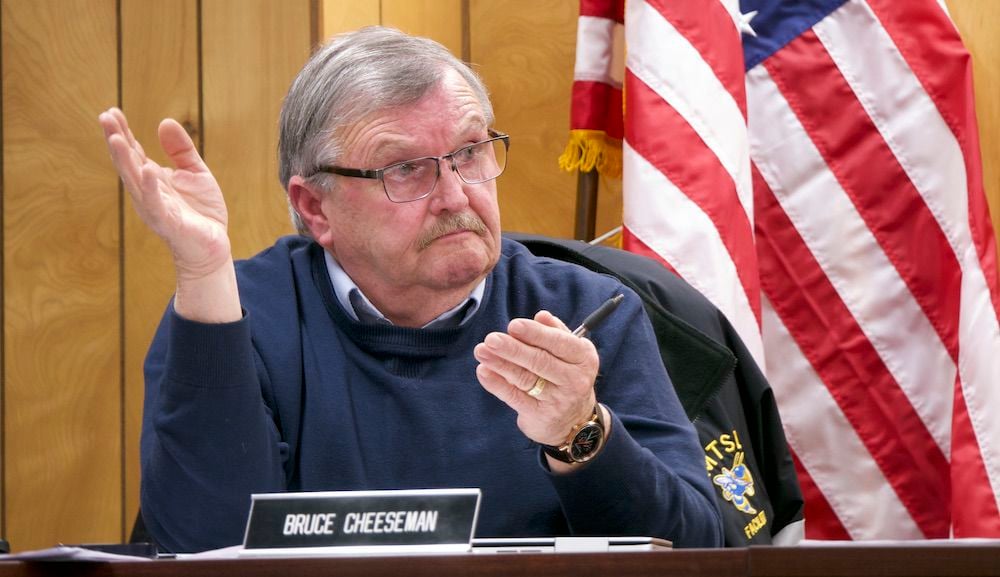 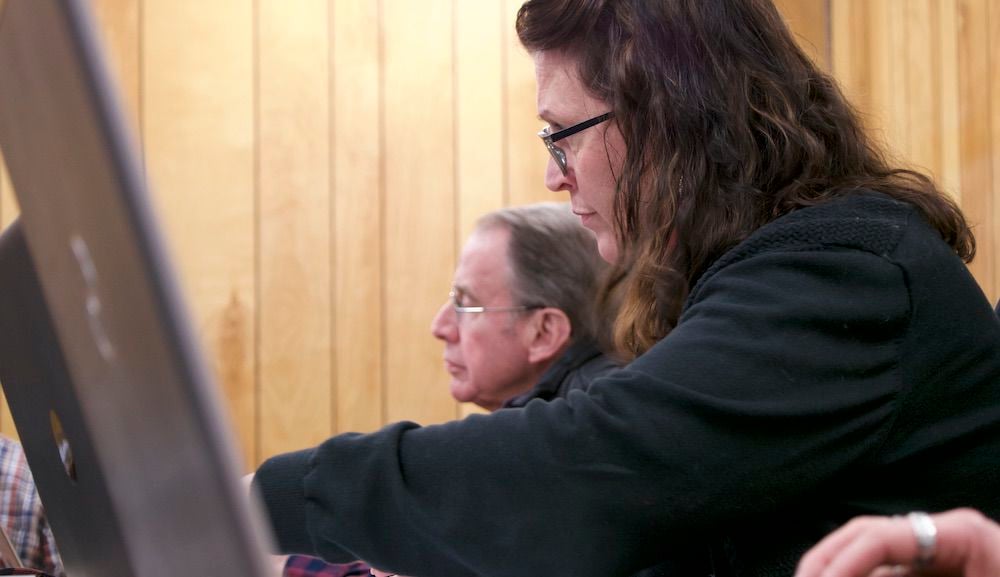 ST. ALBANS TOWN – Voters in St. Albans Town may now see a question about the future of the town hall on their Town Meeting Day ballot, selectboard members suggested during the board’s Monday night meeting.

Floated in part by the selectboard’s chair Brendan Deso and agreed to by other members of the selectboard, the board tentatively agreed to a nonbinding advisory vote on Town Meeting Day to inform future decisions regarding the hall.

“If we don’t know what we want to do, we need to ask the voters,” Deso said.

For years now, the town has weighed either renovating their existing town hall or building a new town hall, with conversation typically placing that new town hall closer to growth centers near Interstate 89.

The existing structure currently suffers from noncompliance with the Americans with Disabilities Act and increasingly limited vault space with little room for expansion.

The building was built in 1898 after St. Albans City separated from the town, serving as the town’s seat of government and as a school for some time. It is currently the only site within St. Albans Town listed on the National Register of Historic Places.

According to an infrastructure report shared by the town in 2018, investments in the existing town hall, while expensive, would only buy the town another five-to-ten years with the hundred-year-old building.

In an Oct. 28 meeting with the selectboard, project manager Matt Young, hired to consult with the town on its hunt for a new town hall, described older buildings like the town hall as “a money pit” that come with “a lot of risks,” according to minutes.

Other existing sites the town explored, like a single-story building occupied by U.S. Citizenship and Immigration Services on Grice Brook Road and the former Energizer plant along Route 7 in the town’s north end, were largely ruled out by the selectboard.

On Monday, the selectboard revisited building a new town hall near Routes 36 and 104 on a property owned by Sam Smith, a former selectperson and local realtor who previously offered 10-acres to the town for $250,000.

For the past year or so, building on Smith’s property had been framed as the favorite alternative to restoring the current structure, though the selectboard ultimately remains divided on whether to build a new town hall or repair its current offices.

The town’s infrastructure committee had unanimously recommended developing the site for a town hall, a recommendation Young seconded during his October presentation to the selectboard, according to posted minutes.

A new building at the site would leave the town with “much higher energy efficient building with a useful life of 50 to 70 years designed for future expansion,” Young said, per the meeting’s posted minutes.

“There were a lot of things that needed to be done on the Smith property,” selectperson Stan Dukas said Monday. “There was going to be a lot of money invested.”

Around the time of the 2018 infrastructure report, the selectboard committed to a $2,500 down payment to begin working toward eventually purchasing Smith’s property, but, according to town manager Carrie Johnson, that work ultimately did not happen.

“The answer is no, we don’t have something right now,” Johnson said Monday after Dukas asked about the payment.

Dukas also referred to a survey released by the town in 2018 that found respondents were largely split on the question of moving town hall or keeping it at its current location in St. Albans Bay.

“It’s going to be a struggle with the voters to go there,” Dukas said. “The survey results are about equal right now from what we got from the 450 people that participated in the survey.”

Dukas, with selectboard vice chair Bruce Cheeseman’s endorsement, pitched another location for the town hall: the site of the town’s current public works garage, soon to be vacated as the new Brigham Road garage nears completion. However, the site may have brownfields in need of clean up before it could be used for a town hall due to extensive use as a garage and salt shed.

“Being responsible people – responsible for taxpayers’ money – if we have our own land to put a building on, that’s the most logical thing to do,” Cheeseman said.

While Johnson said she had included the town hall on Monday’s agenda to guide the town’s next steps toward its town hall, the board ultimately came to no conclusion and decided to float a Town Meeting Day advisory vote.

“I think that survey, while extremely expensive, only sampled 435 people,“ Deso said. “I would like a broader sample.”

An advisory vote would not legally commit the town to a project but inform their final decision when it came to the future of the town hall.

Members of the audience that night, including selectperson Paul Larner, pressed the board on keeping the town hall in St. Albans Bay, arguing it would, “alter the character of St. Albans Town if you just pick up what has been the town’s core for 100 years and move it indiscriminately somewhere else.”

Residents also said they feared the loss of the town hall could affect the town’s bid for designating St. Albans Bay a village center, a state designation affording grants and tax credits for landowners in the village area.

Cheeseman, a municipal representative on the state’s Downtown Development Board, confirmed the bay could still receive that designation without the town hall’s presence in the bay.

Still, he cautioned against assuming the town hall would leave the bay, telling the selectboard he has only heard from residents lobbying in favor of keeping the town hall in St. Albans Bay.

“I’ve gotten several phone calls over the last couple of weeks and that’s what I’m hearing from people,” Cheeseman said. “Don’t move it out. Work with it. Make it part of the community, as it has been forever.”