You are the owner of this article.
Edit Article Add New Article
You have permission to edit this article.
Edit
Subscribe | Sign In
Home
News
Elections 2020
Sports
Classifieds
Obituaries
Editorial
Business Directory
Things to Do
About Us
e-Edition
2020 Meet Your Business Community
2020 Resource Directory
2020 Discover Guide
NEWSLETTERS
1 of 12 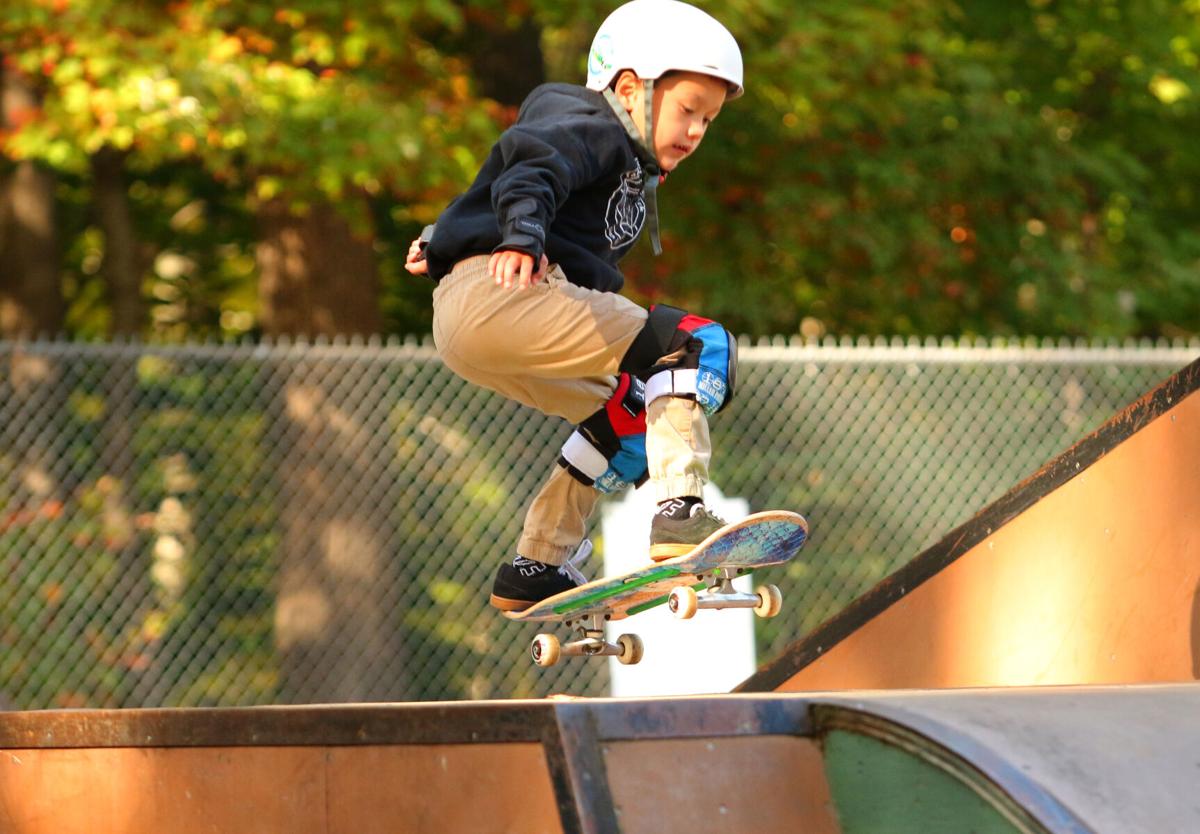 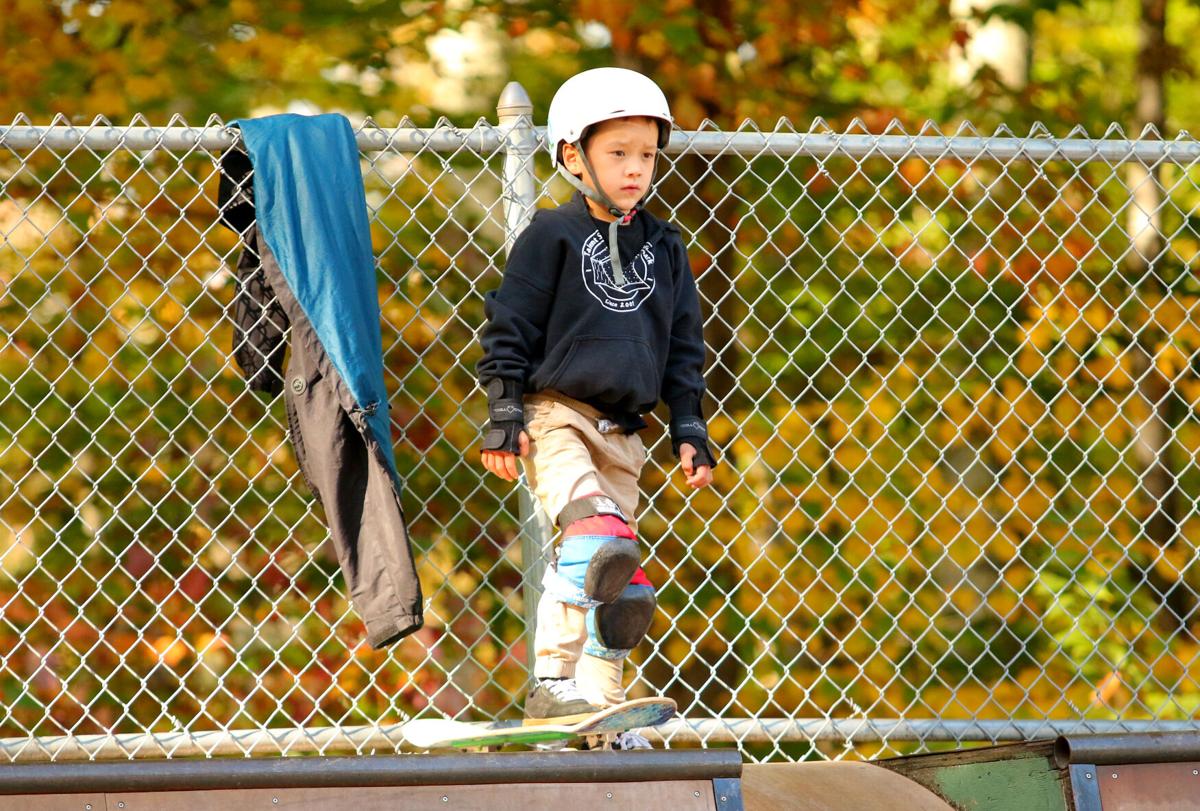 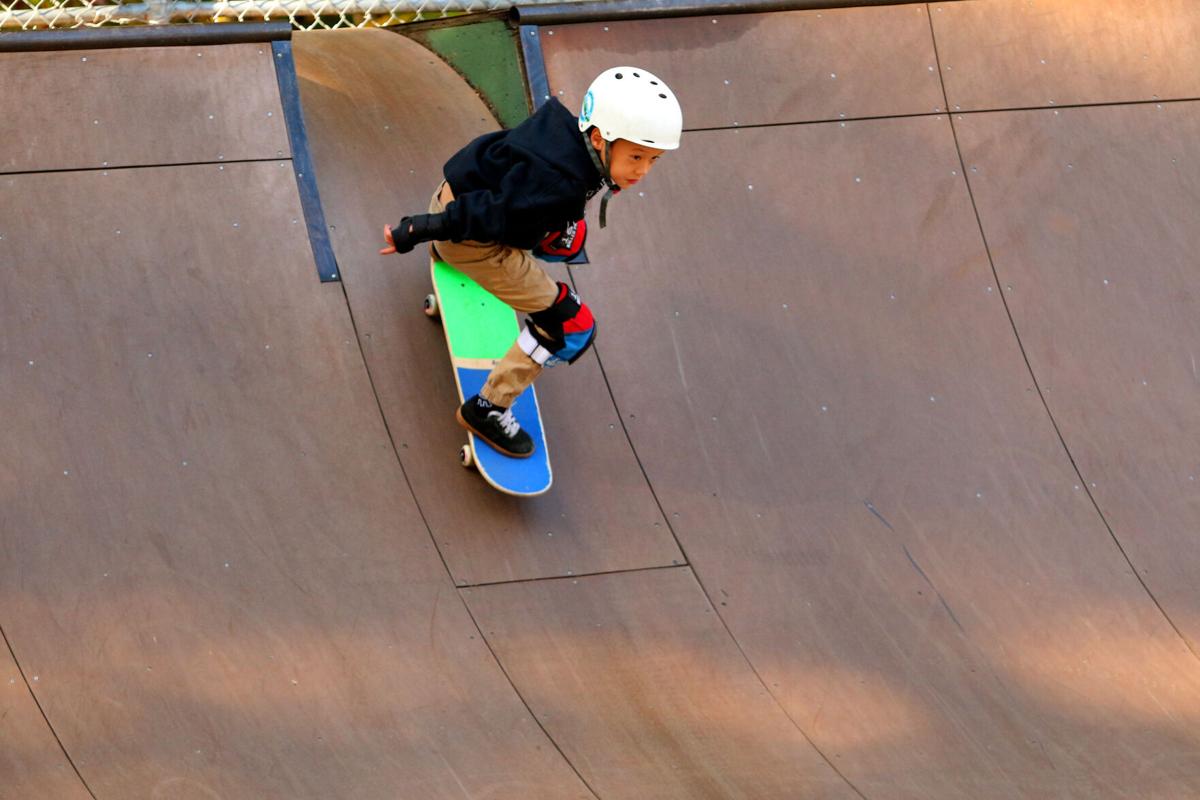 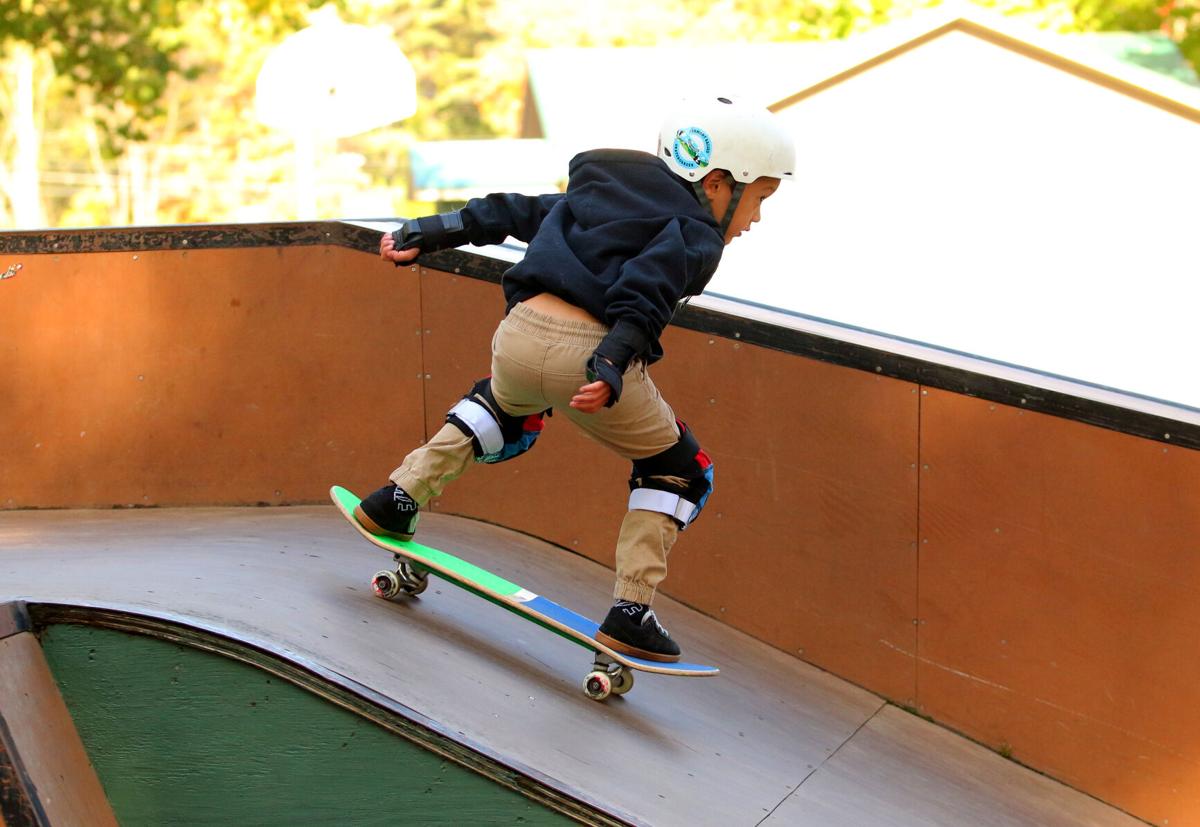 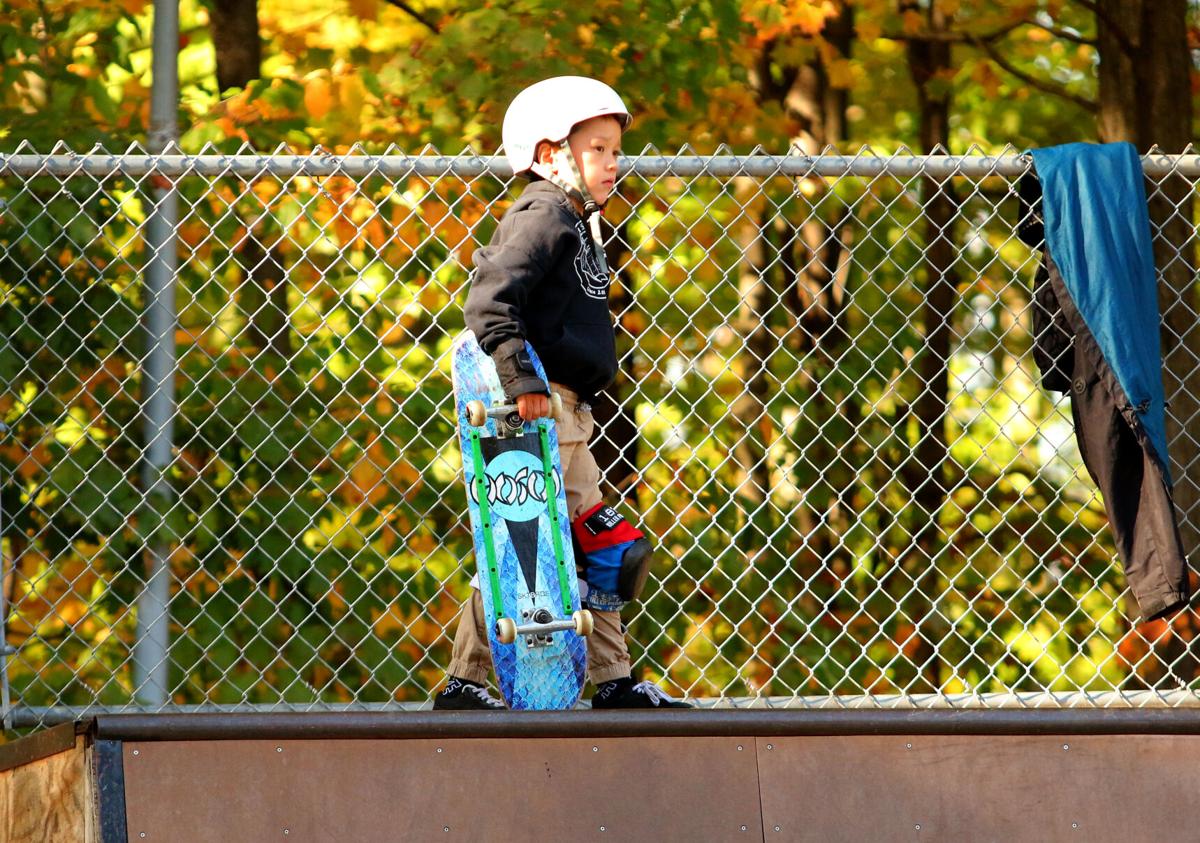 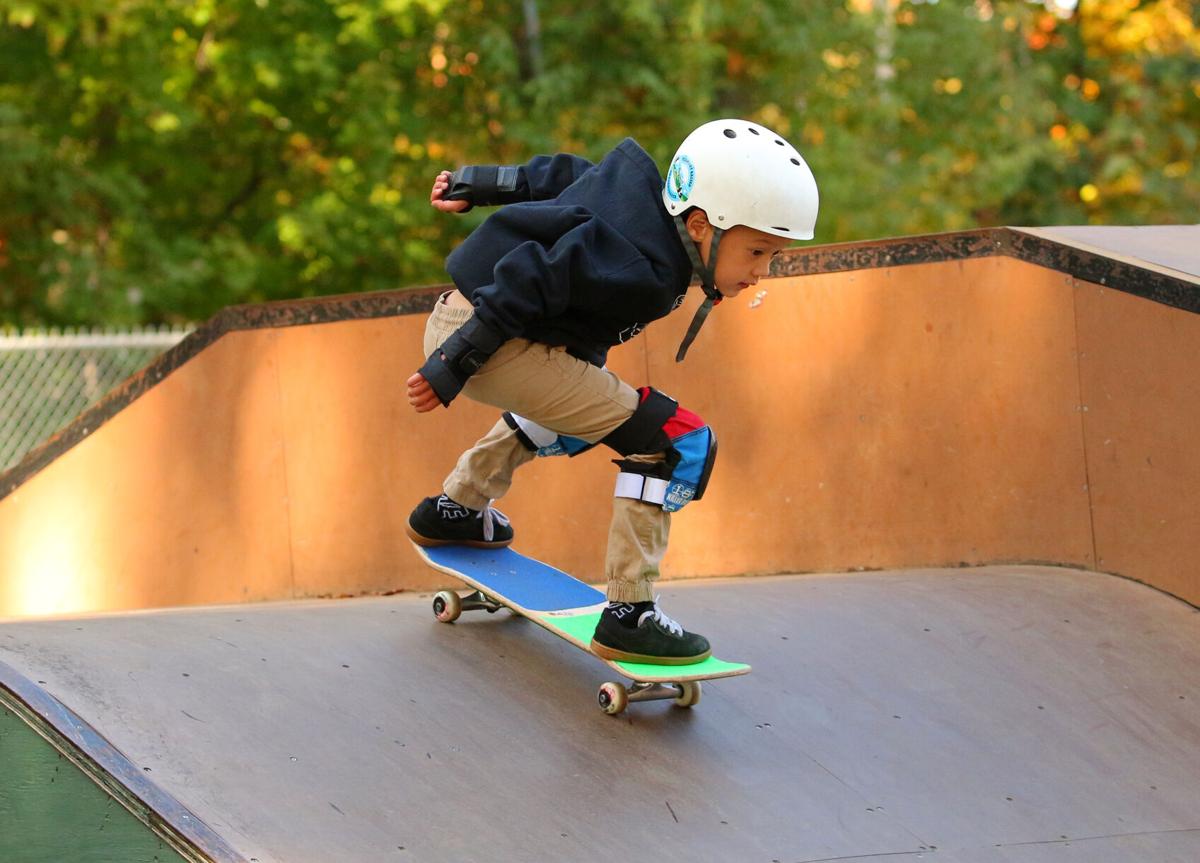 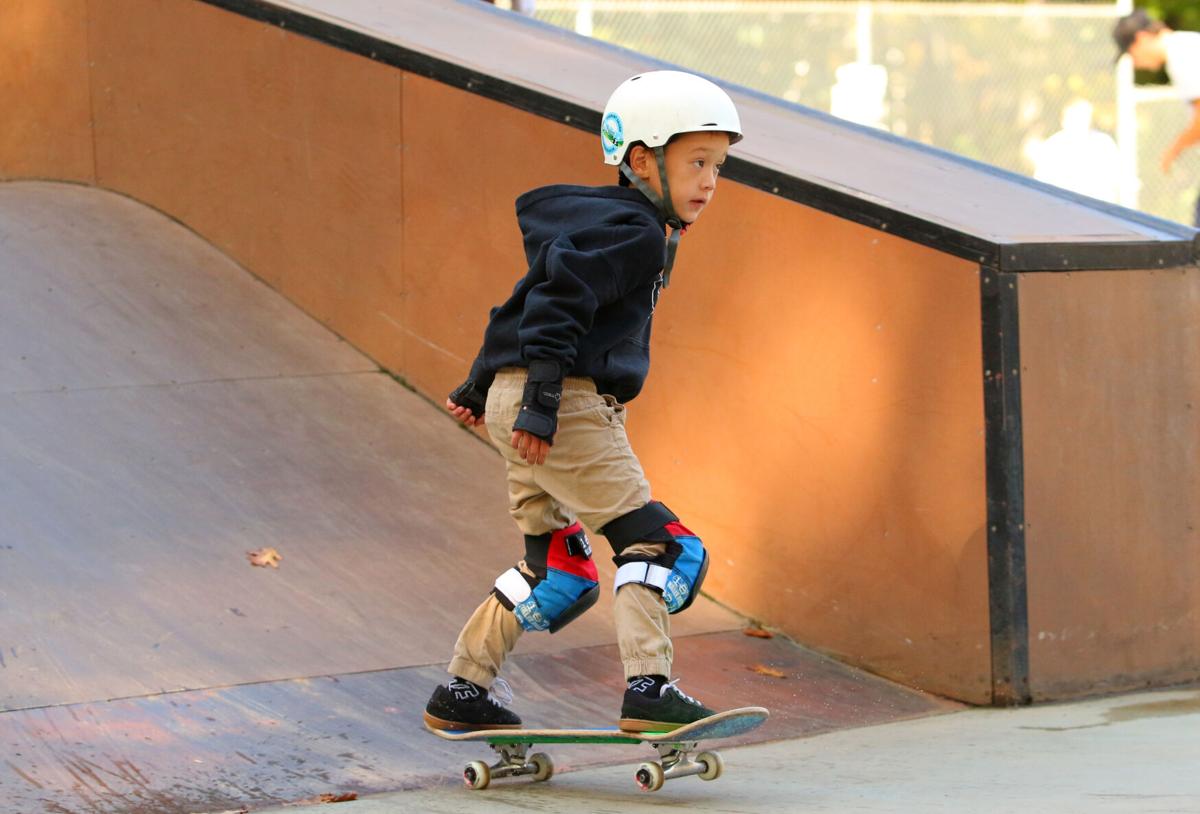 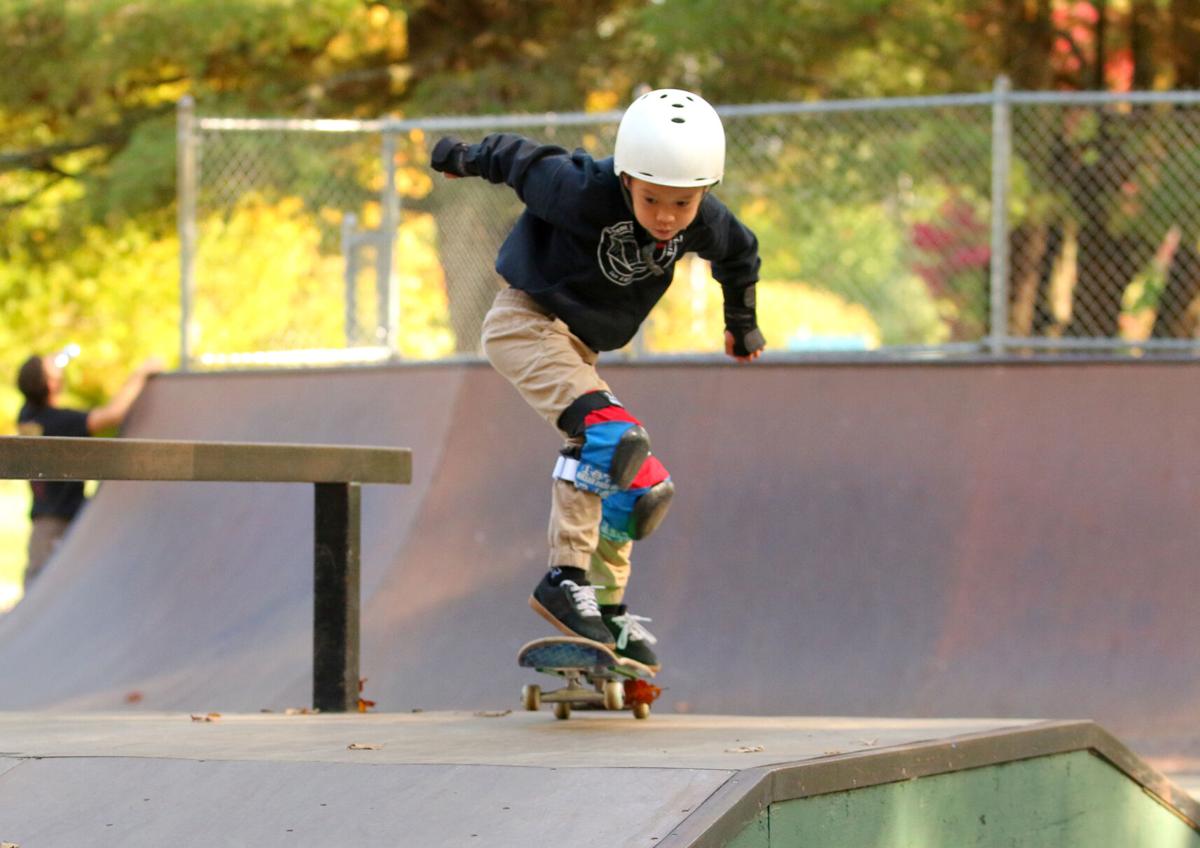 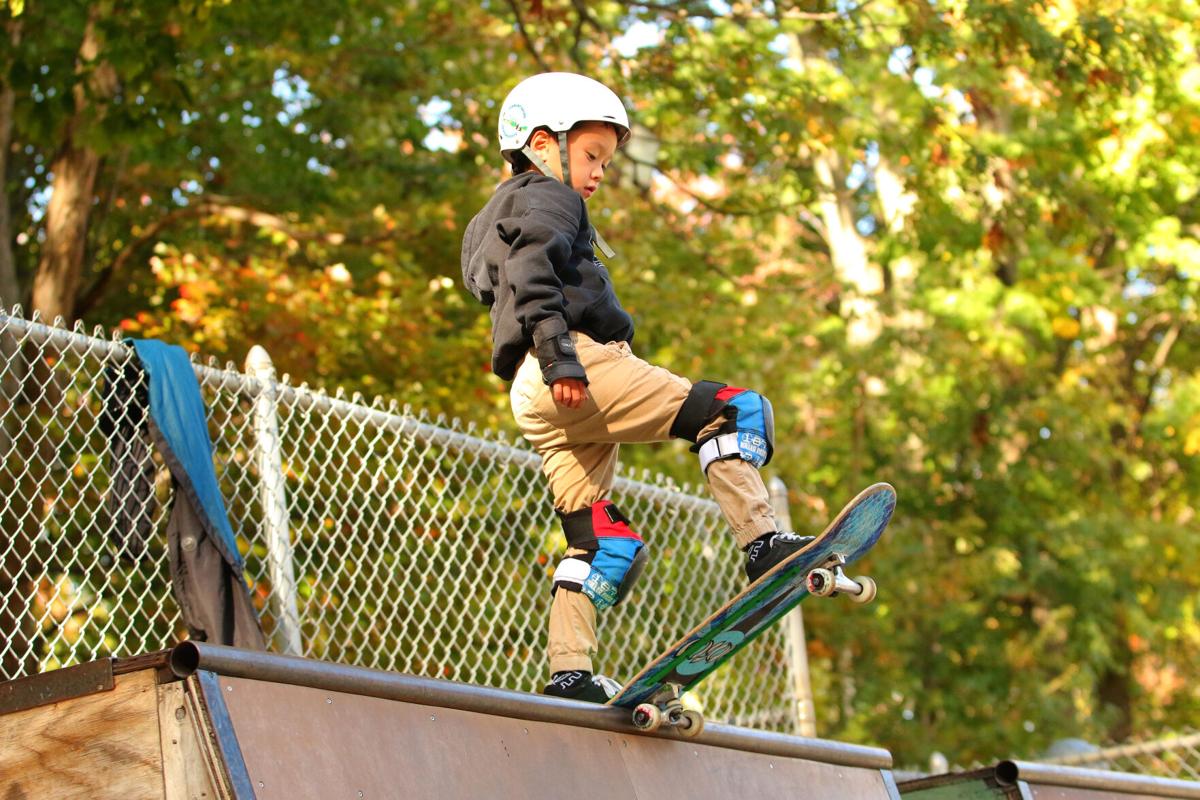 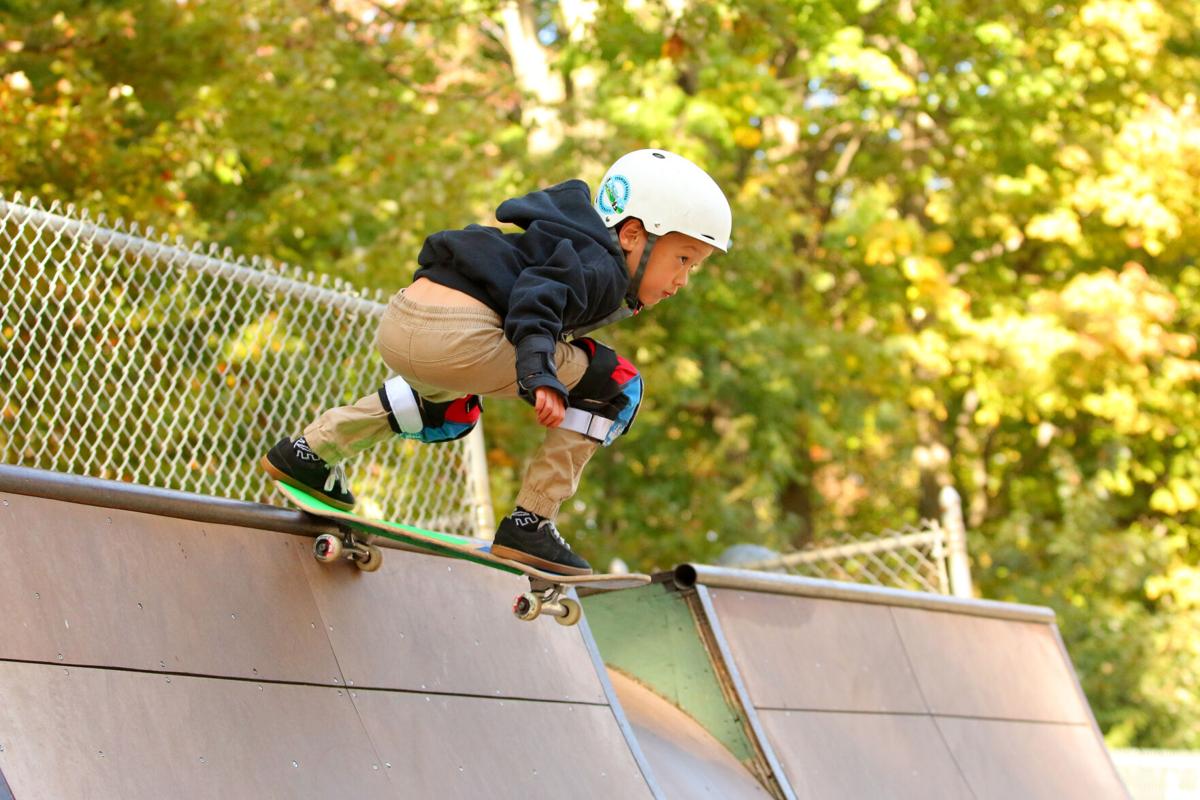 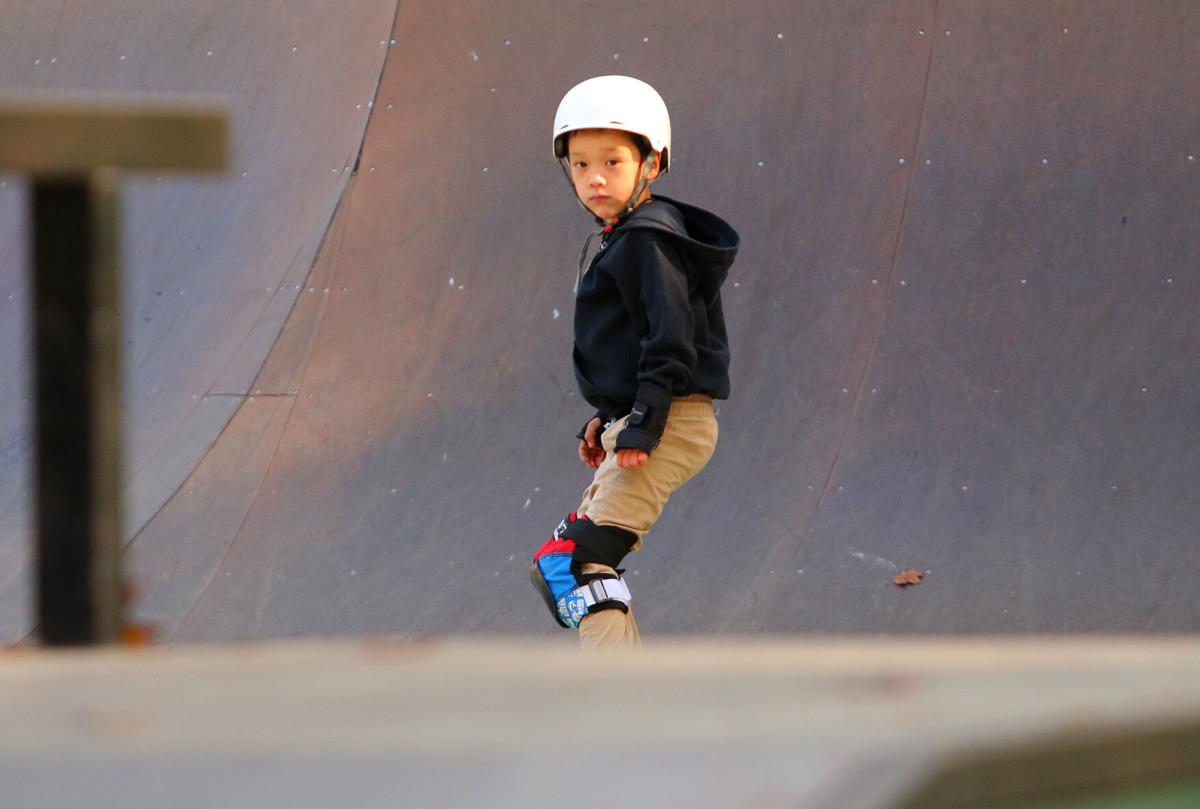 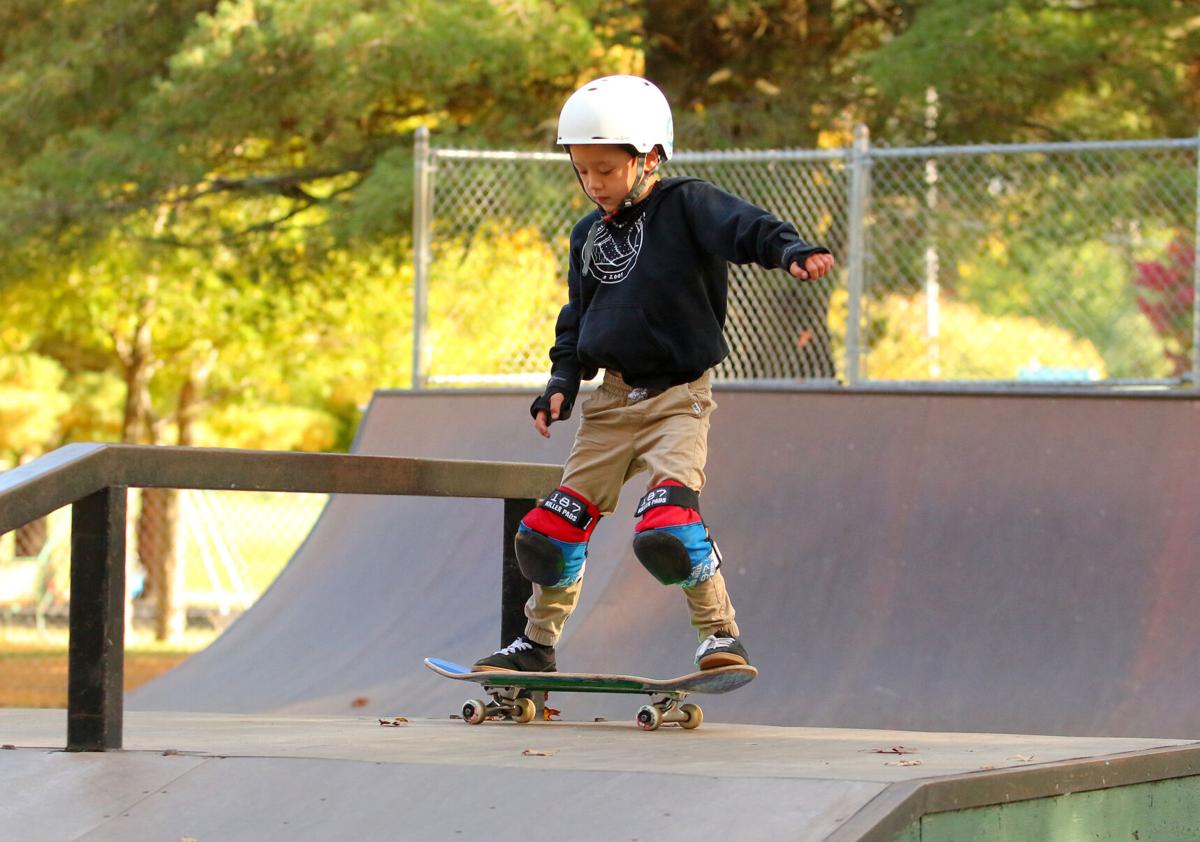 ESSEX — The skatepark at Maple Street Park is usually buzzing in the afternoons and on weekends, especially now as the extreme sport athletes try to get in as much as they can before the snow flies. One of the youngest skaters who can be found there routinely, however, is enjoying the hobby while using it for charity.

Six-year-old Blake Matsumoto, a first grader at Hiawatha Elementary School, is performing tricks and “dropping in” down the ramps of Maple Street and other skateparks in the area to help raise donations and awareness for Steps to End Domestic Violence during October, Domestic Violence Awareness Month.

How long have you been skateboarding?

What’s your favorite part about skateboarding?

“It helps me get more balance; it’s really fun.”

Are you afraid of falling down or getting hurt?

Where is your favorite place to skateboard?

Do you have a favorite trick you like to do?

Why did you want to start this fundraiser?

Do you think she’ll be as good as you someday?

For every $10 donated, he will do a trick or drop in and have it recorded by his mother, Keiga Matsumoto, who asked Blake if he would like to join her in raising funds for the organization. Keiga has been on the organization’s board for almost three years after starting as a volunteer in 2017.

Blake and Keiga have some work to do in the coming weeks as he has raised $2,880 by press time for this story, surpassing his original goal of $2,400.

“I think he’s pretty amazing,” said Keiga. “He’s been working really hard so that he keeps his word. Blake knows that he’s lucky to feel safe and agrees that everybody has the right to feel safe in their homes and their communities. Both my husband and I are so proud of him and his willingness to step up, or drop in, to help raise money and awareness for the cause.”

Keiga is getting active in the effort in more ways than setting up the donation site and recording Blake’s tricks. In the onset of the fundraiser, she said she would learn how to ride a skateboard without falling.

“That’s pretty major, because she’s not very athletic,” quipped a letter on the donation site signed by the mother-son duo. Blake has also started teaching his younger brother, who’s just 18 months old, how to ride.

According to Steps to End Domestic Violence, around 250 adults and children in the Essex community have been served or have had a need to use services offered by the organization in 2020 thus far. It also said that the need for services across the board have gone up since the pandemic started.

“For those who experience domestic violence, whether a child or adult, staying at home has not been safe,” said Keiga. “COVID-19 has created conditions that stimulate violence in many families, creating a pandemic within a pandemic — a shadow pandemic.”