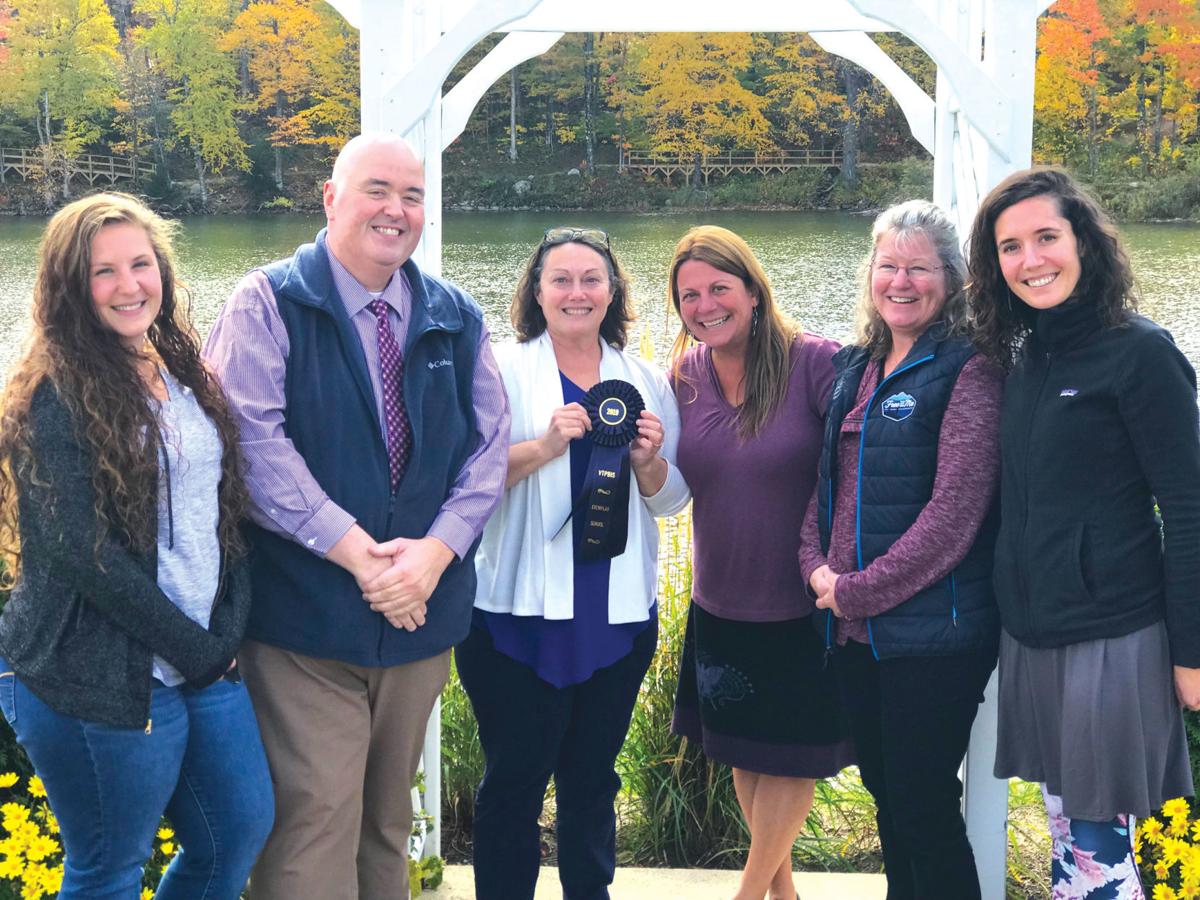 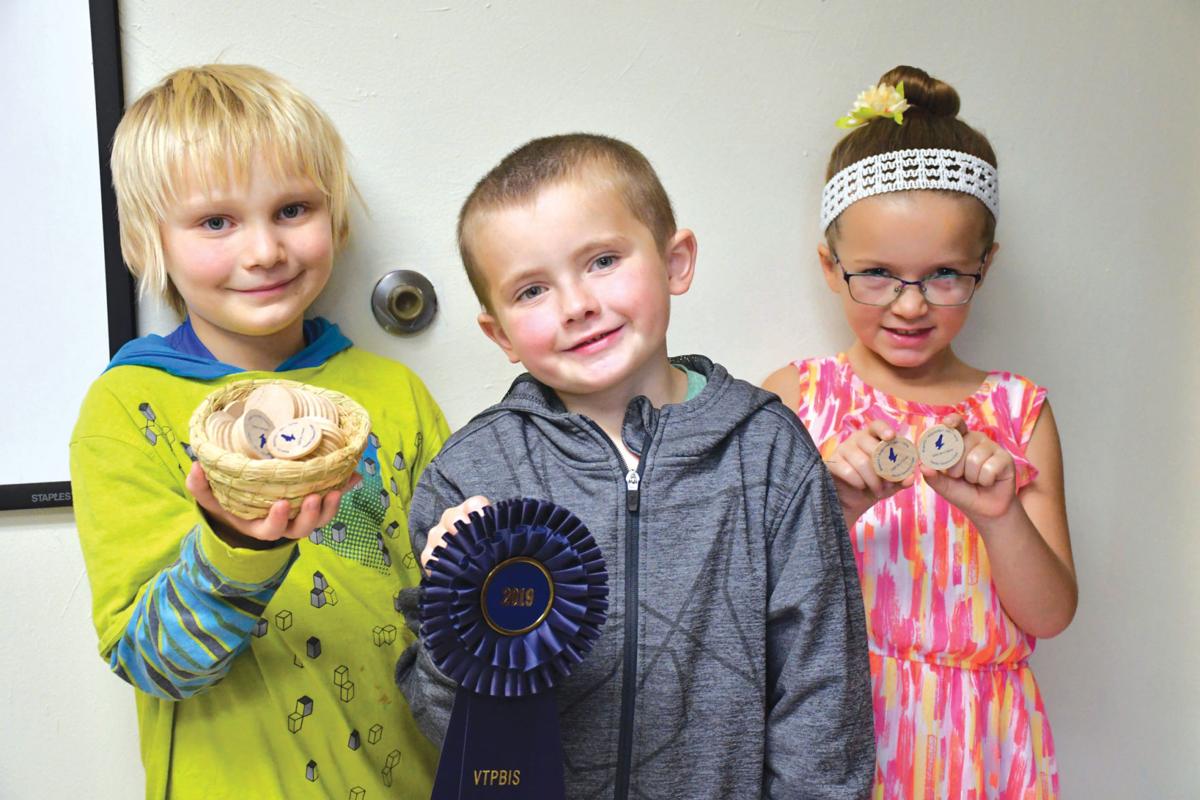 FLETCHER — For the second consecutive year, Fletcher Elementary has earned Exemplar status as a Positive Behavior Interventions and Supports (PBIS) School. The designation was awarded by the state level VTPBIS Team of the Vermont Agency of Education and the UVM Center on Disability and Community Inclusion Collaboration at the annual PBIS Forum in Killington on October 10. Fletcher’s PBIS Coordinator and School Counselor, Lisa Coale, accepted the award on behalf of the school.

“We are excited to have the hard work of our students and staff recognized at the Exemplar level again this year,” Coale said. “Creating a respectful, responsible, safe and caring school climate is a priority at Fletcher and the results not only create a more positive environment for all learners, but pave the way for increased academic teaching and learning time, as well.”

Exemplar designation represents the highest of three tiers of PBIS recognition and affirms Fletcher School’s unwavering commitment to supporting a positive school climate. Of the 156 Vermont schools using the PBIS approach, Fletcher was one of only 28 schools that received Exemplar status this year. Slightly more than half of Vermont schools and about one in three schools across the US use the PBIS approach. Fletcher school is in it’s sixth full year of PBIS implementation.

Positive Behavior Interventions and Supports (PBIS) is an approach to creating proactive, school-wide systems that support students’ behavioral and academic success. It begins with the teaching, modeling, and practicing of school-wide behavior expectations with all students and staff and a formal system of recognition when students meet those expectations and supports when challenges arise. The Fletcher School has created clear and concise behavior expectations for each physical area of the school, on the school buses and for field trips. The school emphasizes respectful, responsible, safe and caring behaviors.These school-wide expectations are modeled and taught to students throughout the year. Individual classroom and school-wide successes are recognized and celebrated regularly.

The school’s PBIS Team uses data from classroom and office behavior referrals to identify students, locations around the school, times of day, problem behaviors and other demographics needing additional support. Behavior data is provided to families throughout the year as part of parent conferences.

Students are intermittently recognized when they meet school-wide expectations. The recognition comes in the form of small wooden “falcon” tokens, representing the school mascot. Tokens accumulated in classrooms and other locations around the school result in class and school-wide celebrations.

“Being data-driven is an important part of the PBIS approach,” Coale said. “We track both major and minor behavior referrals and gather information such as the perceived motivation, location, time of day, type of behavior, and more. Using specific information allows us to more precisely target our interventions and supports.”

The school also involves families in the PBIS approach. During Open House, families were given tokens to give to participations whom they spotted meeting the school-wide expectations. The school also sends home tokens before school vacations and encourages families to award them at home, keeping up the momentum of positive behavior across settings and when students are away from school.

Coale has even engaged students in analyzing their own PBIS behavior data. Last year, fourth and fifth graders identified celebrations and challenges in their class-wide behavior, speculated on the root causes, and suggested solutions.

In 2014, the Fletcher School was designated a Vermont PBIS School of Recognition based on its strategic use of data to support student behavior, celebrating school-wide and individual successes and working to support behavioral challenges, as well as noted decrease in behavior issues overall. In the following three years, the school received the PBIS School of Merit designation based on a continuation of that work, as well as receiving exceptional scores on its state-conducted school-wide evaluation of its PBIS implementation. This year’s Exemplar designation, the second in two years, recognizes both a continued decrease in rule-breaking behaviors and an increase in academic performance and comes following a rigorous selection process that included documenting both improved behaviors and increased academic achievement.

“Fletcher is a ‘go to’ school for model PBIS practices and implementation fidelity. They are truly an Exemplar school, and they should be very proud of the recognition for the work they have done on behalf of their students to ensure safe and responsive learning environments,” FWSU Director of Curriculum Linda Keating said.

In addition to receiving the Exemplar designation, members of Fletcher’s PBIS Leadership Team presented to schools from around the state on parent engagement and student voice at the annual statewide PBIS Forum.

“As a classroom teacher, I’ve noticed substantially more positive behaviors since I started using the PBIS approach,” third and fourth grade teacher Tracey Godin said. “Students understand what our schoolwide expectations look and sound like across locations and because of that they just behave more positively and responsibly. The time we have put into modeling and teaching behaviors has given rise to a community that cares about each other.”