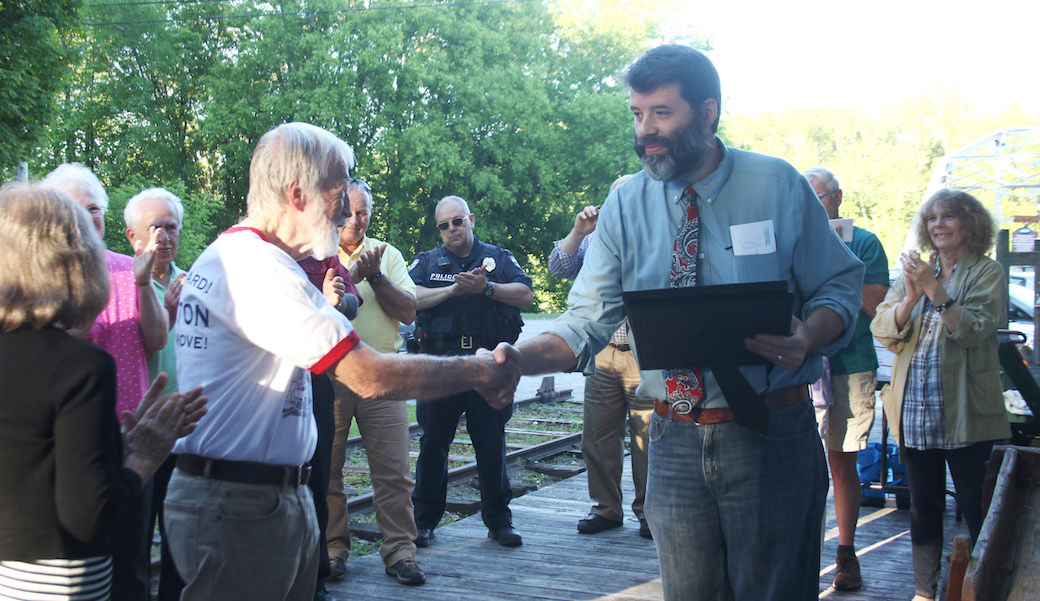 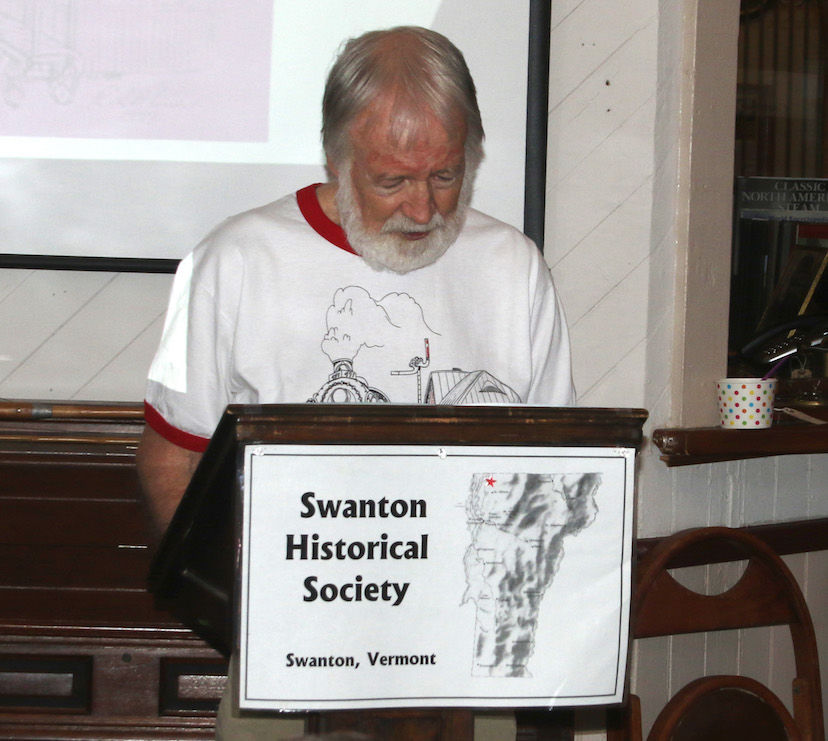 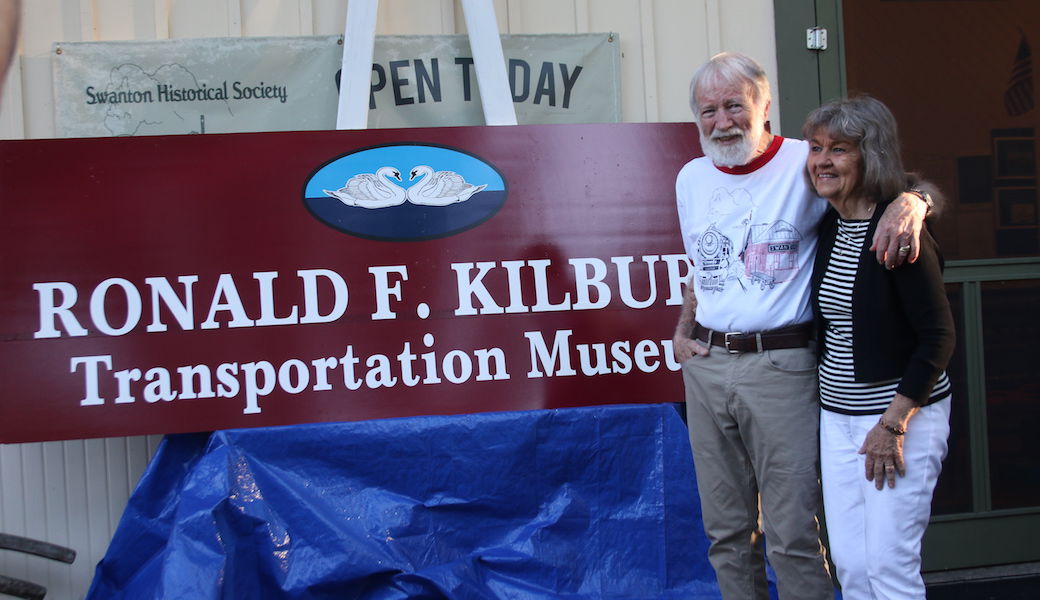 SWANTON — Ron Kilburn made his final presentation as the Swanton Historical Society’s president Monday evening — and then he, himself, became a part of Swanton history.

He stepped outside of the Railroad Depot Museum, across from the bridge that begins Swanton’s rec path on South River Street, and unwrapped a massive present: a new sign for the museum.

Swanton officials approved a resolution naming the museum for Kilburn in honor of his decades of work as the community’s de facto historian.

Kilburn was, in fact, a charter member of the historical society, its first president in 1984.

But then Kilburn became a county judge, appointed to the bench around the same time. He didn’t return to the historical society for 13 years.

His return precipitated what have become the historical society’s defining achievements, beginning by moving the historic railroad depot from Depot Street to its present location on the museum site in 1998.

The historical society then moved the 100-year-old railroad caboose from Maquam Shore, and rescued the Missisquoi Bay tollhouse from West Swanton.

Finally, the society transplanted the West Milton truss bridge to replace Swanton’s covered railroad bridge across the Missisquoi River between 2008-2009.

Kilburn summarized his work with the historical society in his characteristically modest fashion.

“We moved things that were subject to potential destruction,” Kilburn said.

“It’s not a common way to preserve historic structures. But sometimes it’s the best way.”

Kilburn also summarized the historical society’s achievements in his final presentation, delivered Monday evening, before he learned about the sign.

He titled the presentation “Swanton on the Move.” And Kilburn said he couldn’t have done it without the technical assistance of Jason Barney, his replacement as the Swanton Historical Society’s president.

Barney is a Missisquoi Valley Union social studies teacher. He previously served as the historical society’s secretary, and on the society’s board of trustees.

Kilburn said Barney is “a delight to work with.”

Kilburn said he was reluctant to resign from his position as president because no one, in recent years, had volunteered to replace him.

But in Kilburn’s opinion, Barney is precisely who the society needs.

“He’s a credit to himself and our community,” Kilburn said. “I’m so encouraged.”

Barney describes himself with modesty comparable to Kilburn’s.

When it comes to his role as the society’s president, Barney said, “It’s just making sure we’re taking care of what we have.”

Not that Barney isn’t thinking beyond maintenance. He said he will be vigilant in keeping an eye out for Swanton historical collectibles or relics, and that it’s possible the museum could, in the not so distant future, expand.

That means more than physical expansion, though. Barney said the historical society is focused on attracting younger members, starting with an increased social media presence.

Barney’s experience and skill as a teacher might come in handy there.

“I have seen him in action,” Kilburn said, reverently recalling Barney leading his students through the society’s museum.

“And he has a sense of humor, which helps. He does have that.”

An occasionally mischievous sense of humor, as it turns out. Barney was in on the plan to “clandestinely store” the museum’s new sign in its basement, then to draw it out and set the sign outside while Kilburn gave his final presentation.

This past Father’s Day, Kilburn called him to ask for help vetting the presentation and making sure the project was set up. That didn’t surprise Barney, who noted Kilburn still spends much of his time making sure the depot’s lawn is mowed, and overseeing the facility’s maintenance.

Barney said Kilburn initially intimidated him, that the former judge spoke with the clarity and power of, well, a former judge.

Kilburn has “all of his ducks in a row” when he speaks, Barney said, well aware of his points and thoughts before he even opens his mouth.

Barney said Kilburn is also “insistent on getting things done.”

If Barney were put in the position Kilburn formerly occupied, that of a judge, Barney’s findings of fact when it comes to the historical society might be a little different.

“The success of the railroad museum,” Barney said, “is largely due to Ron.”