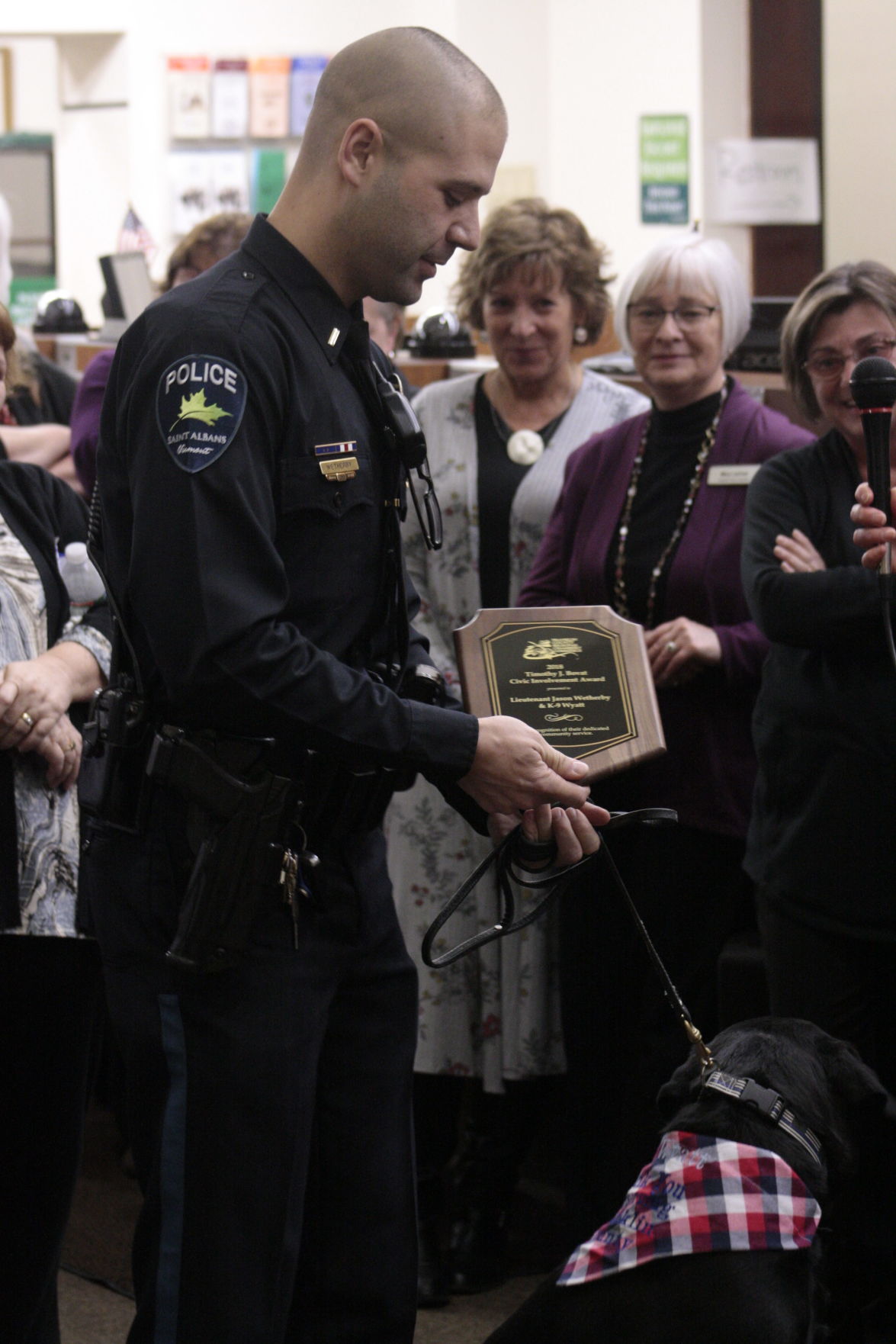 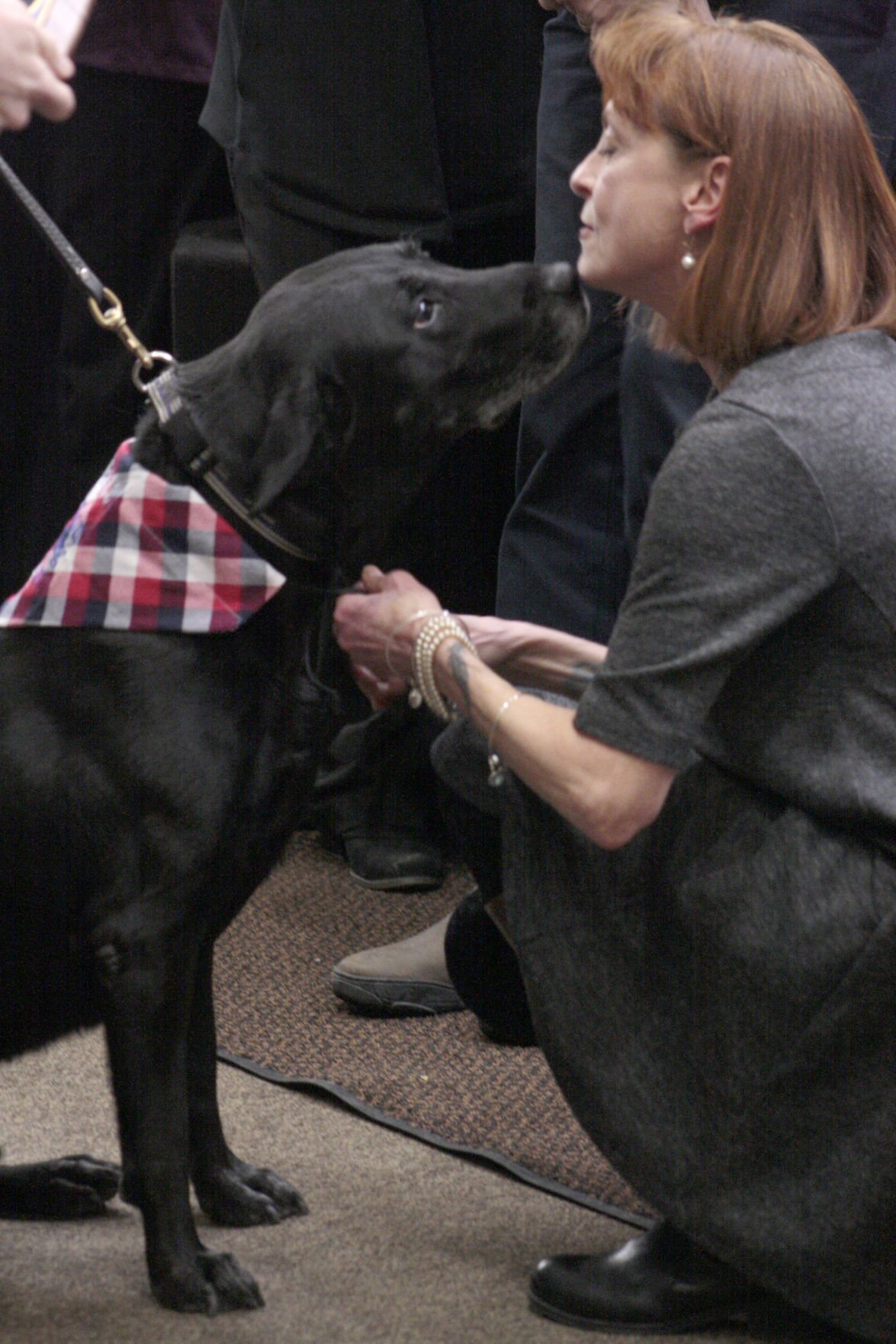 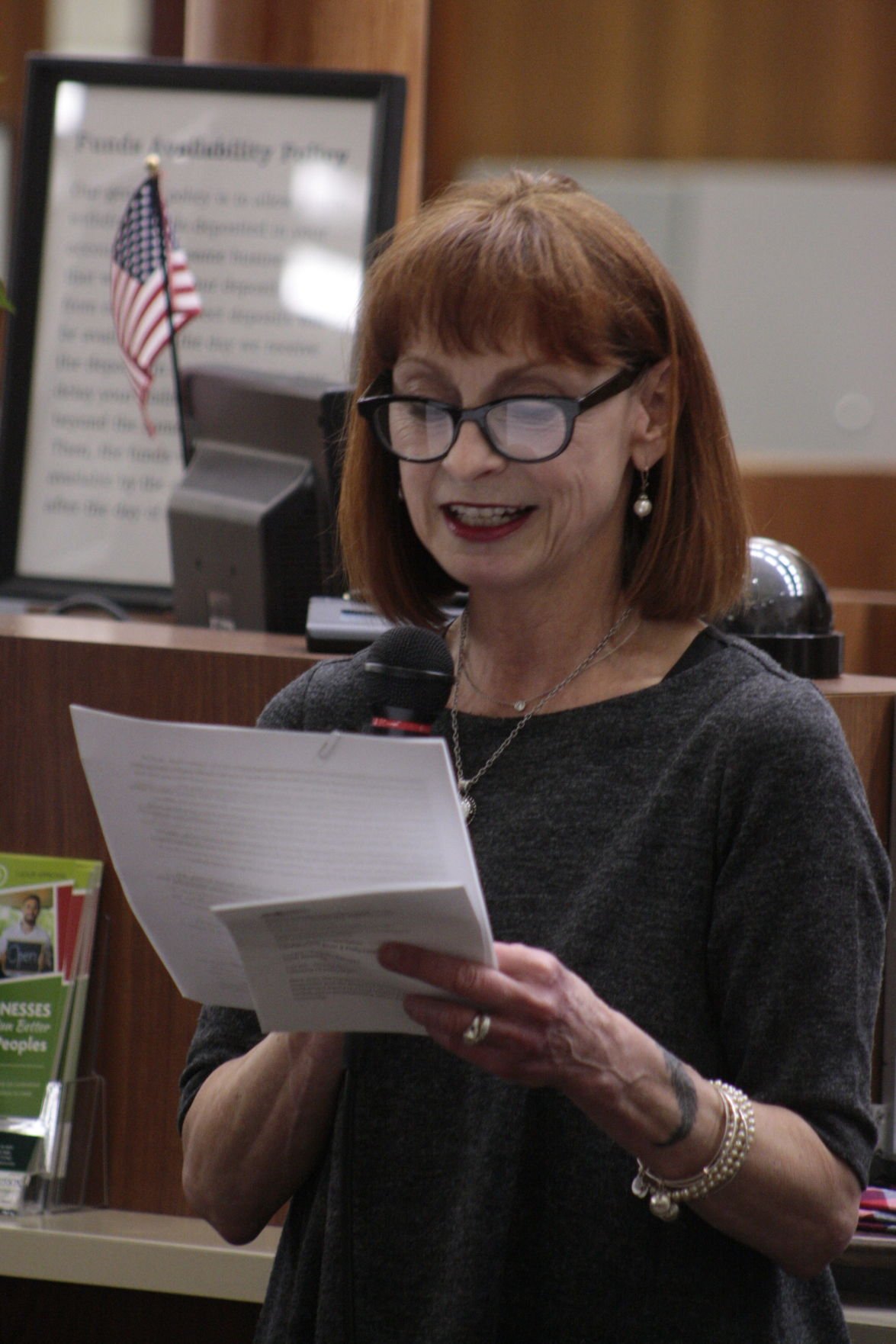 The Franklin County Regional Chamber of Commerce annually presents the award. This time, chamber personnel did so in the lobby of the Peoples Trust Company on Kingman Street, amid a throng of local business people and a horde of cops.

Wetherby is the first SAPD officer to receive the award, and Wyatt the first non-human.

Wyatt stood at Wetherby’s side as chamber manager Lisamarie Charlesworth handed him a plaque. Wetherby said he was honored — and that he would have felt more comfortable in a “crime situation.”

“I never would have expected something like this,” Wetherby said.

Wetherby, characteristically shifting the spotlight from himself, said nothing in the community is done by one person.

“I’m dedicated to this community,” he said, “and so [is] every other person in this room.”

Wetherby’s comments were brief. Wyatt, for his part, made no sound, until, shortly after Wetherby began speaking, Wyatt barked at Charlesworth’s pocket.

He continued barking at her pocket, drawing laughter from those in the room, Charlesworth included.