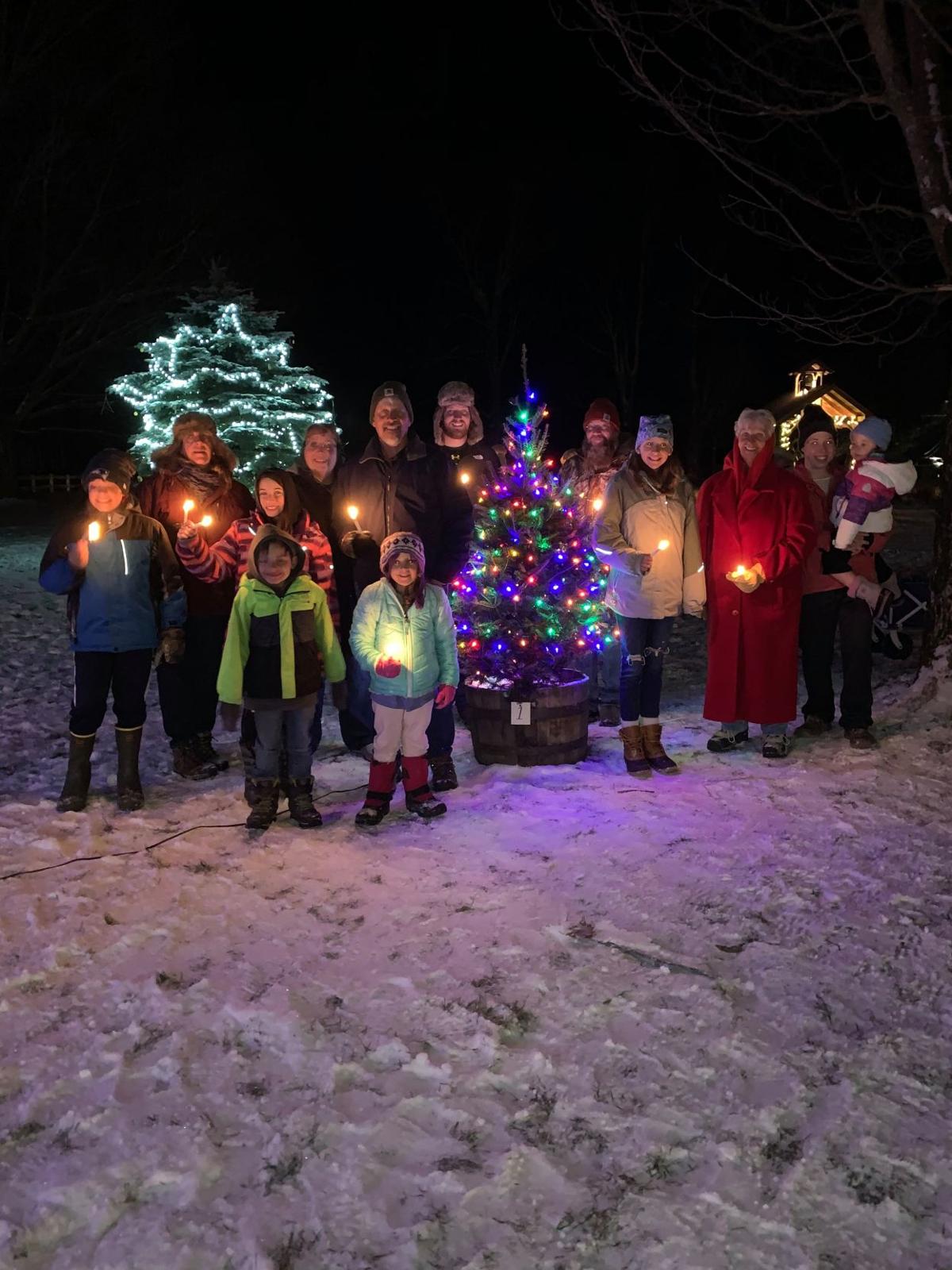 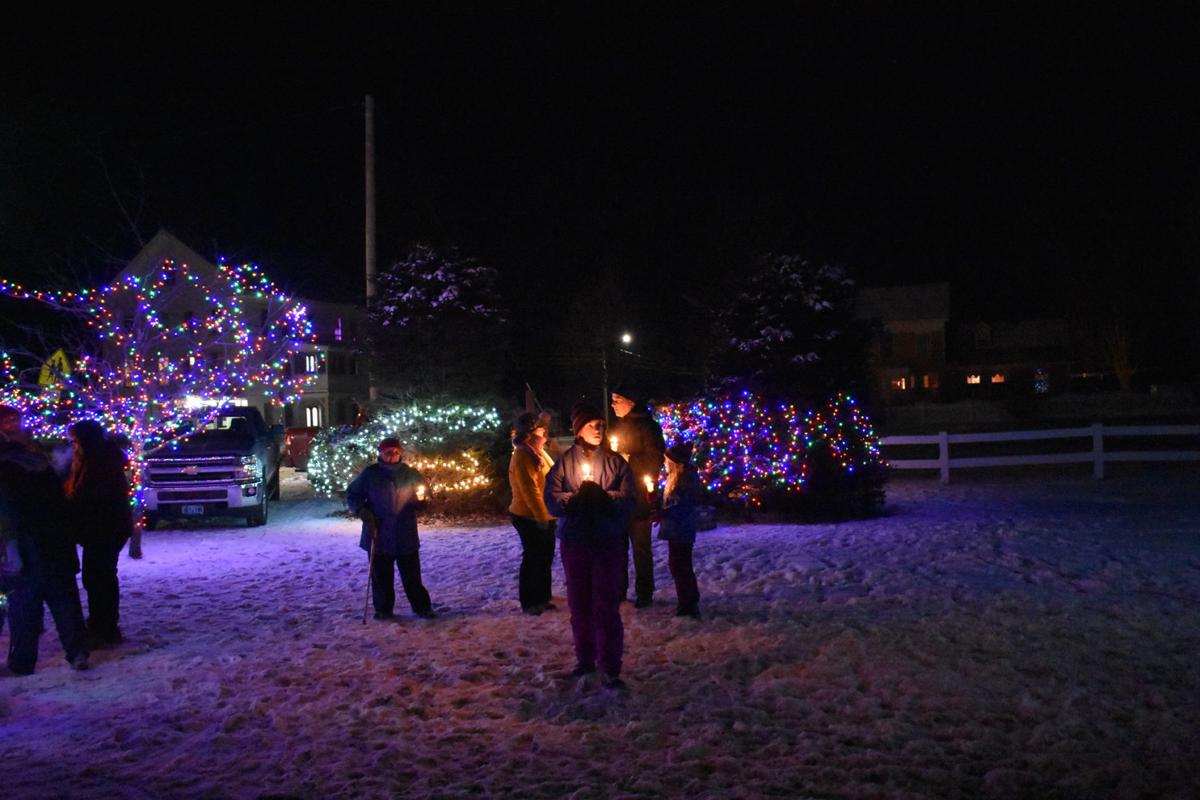 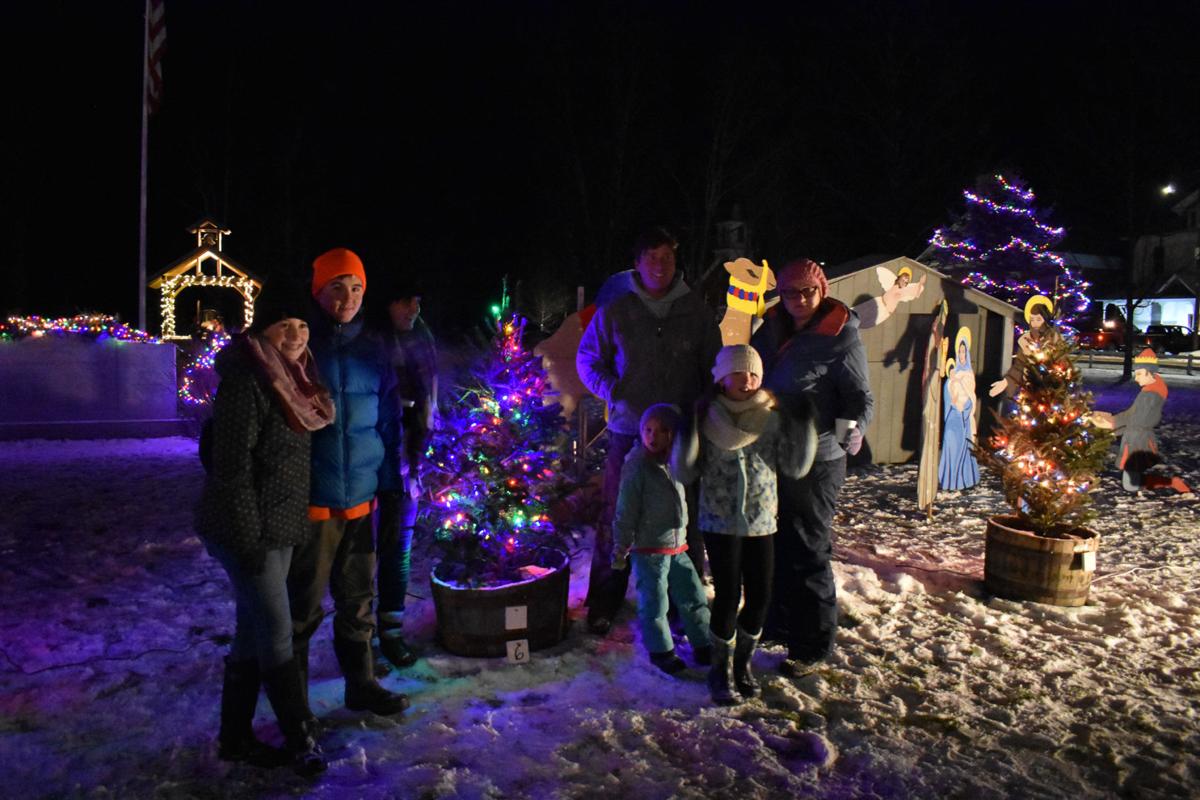 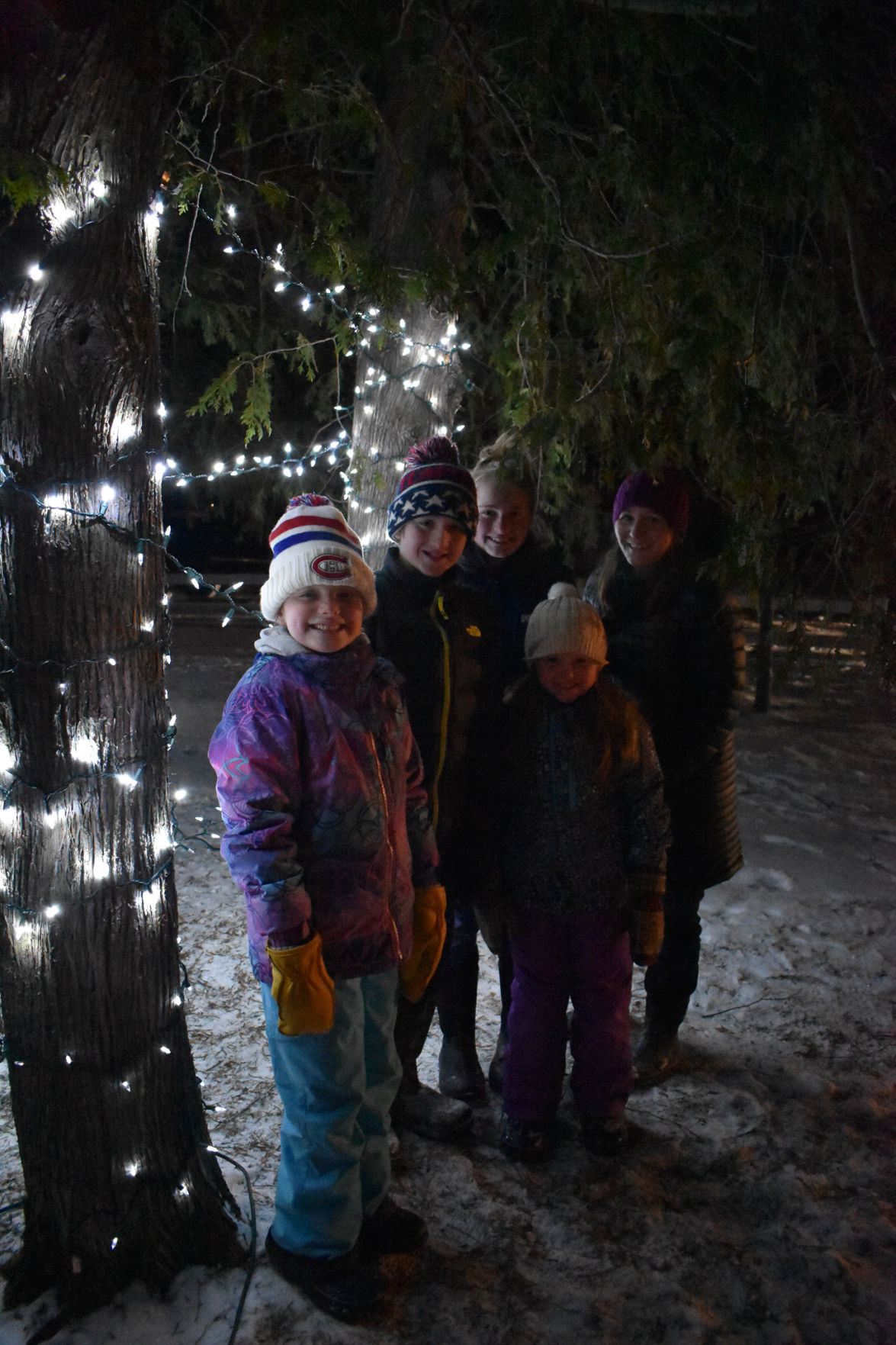 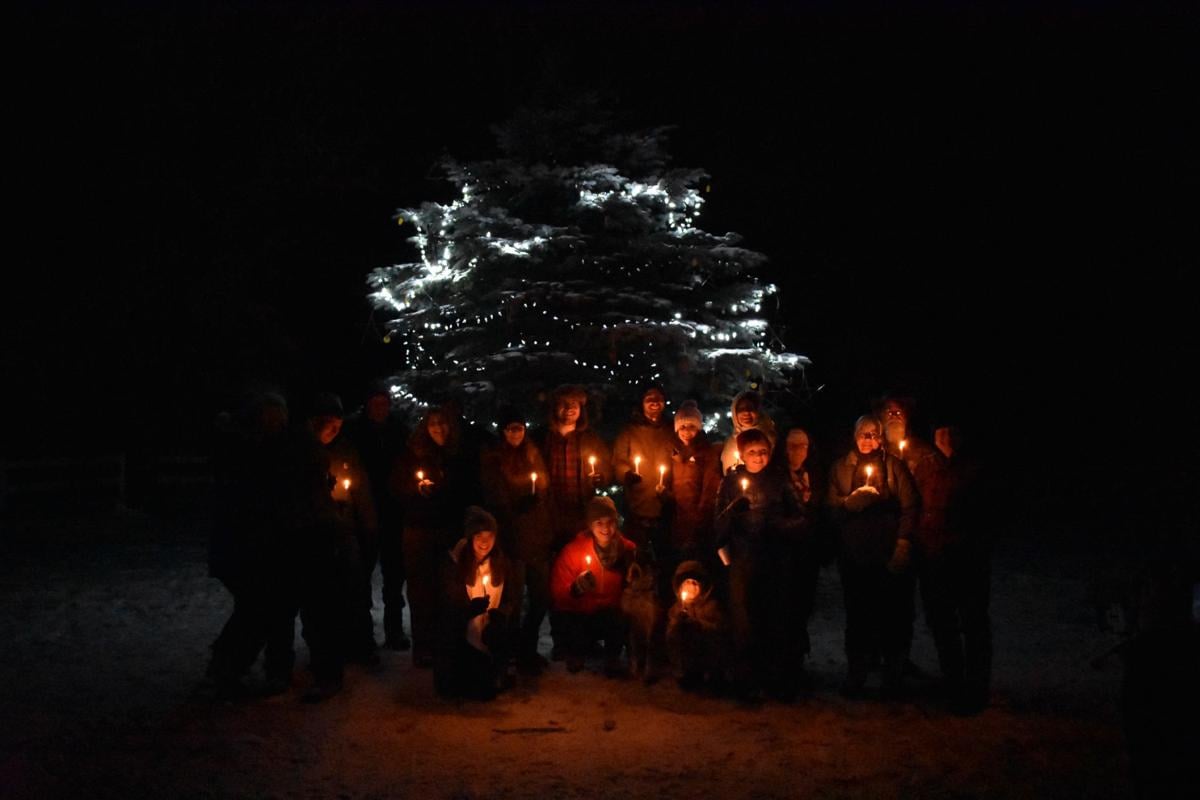 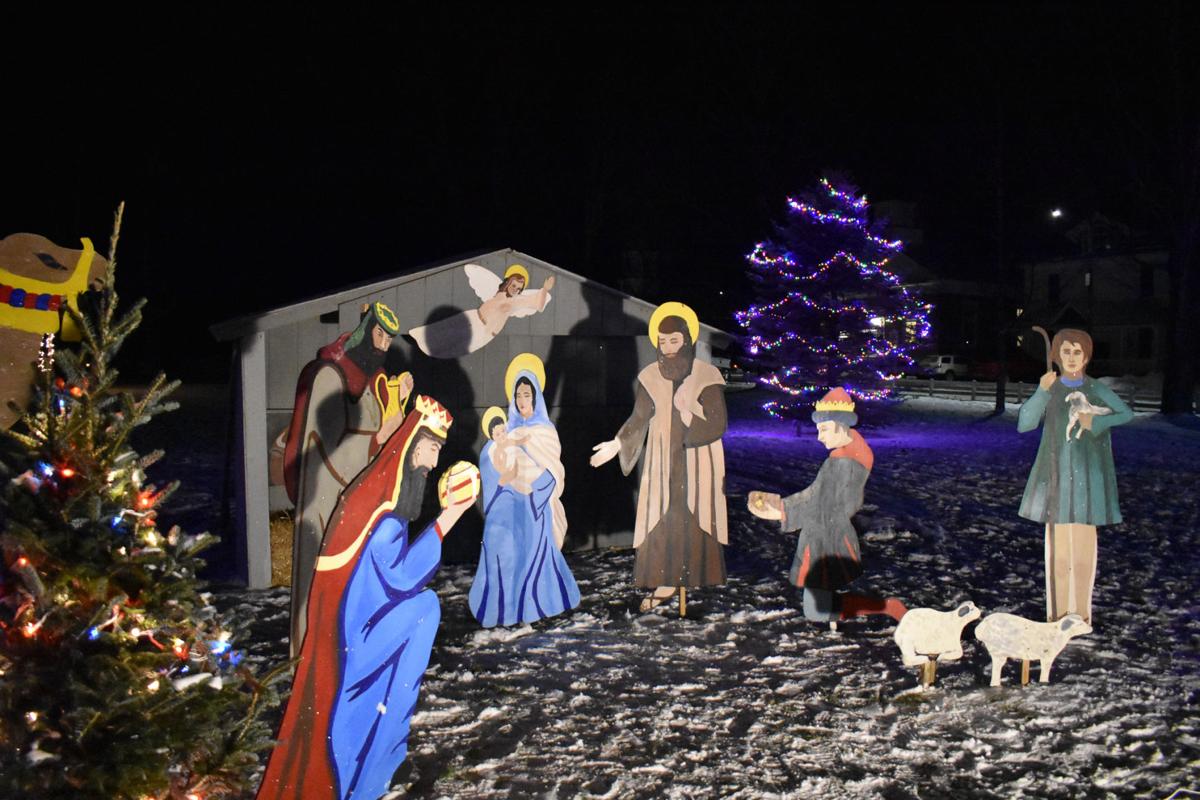 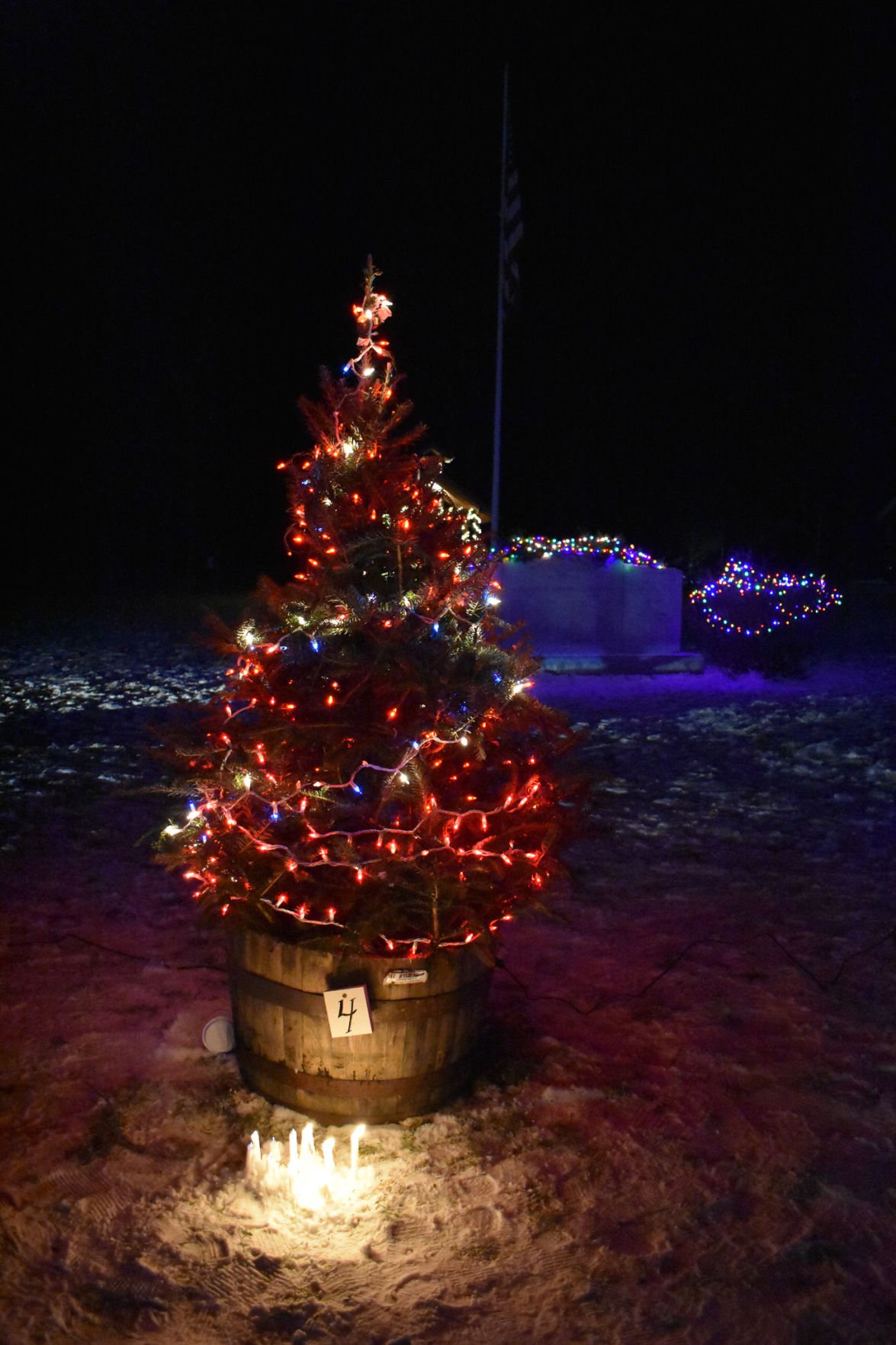 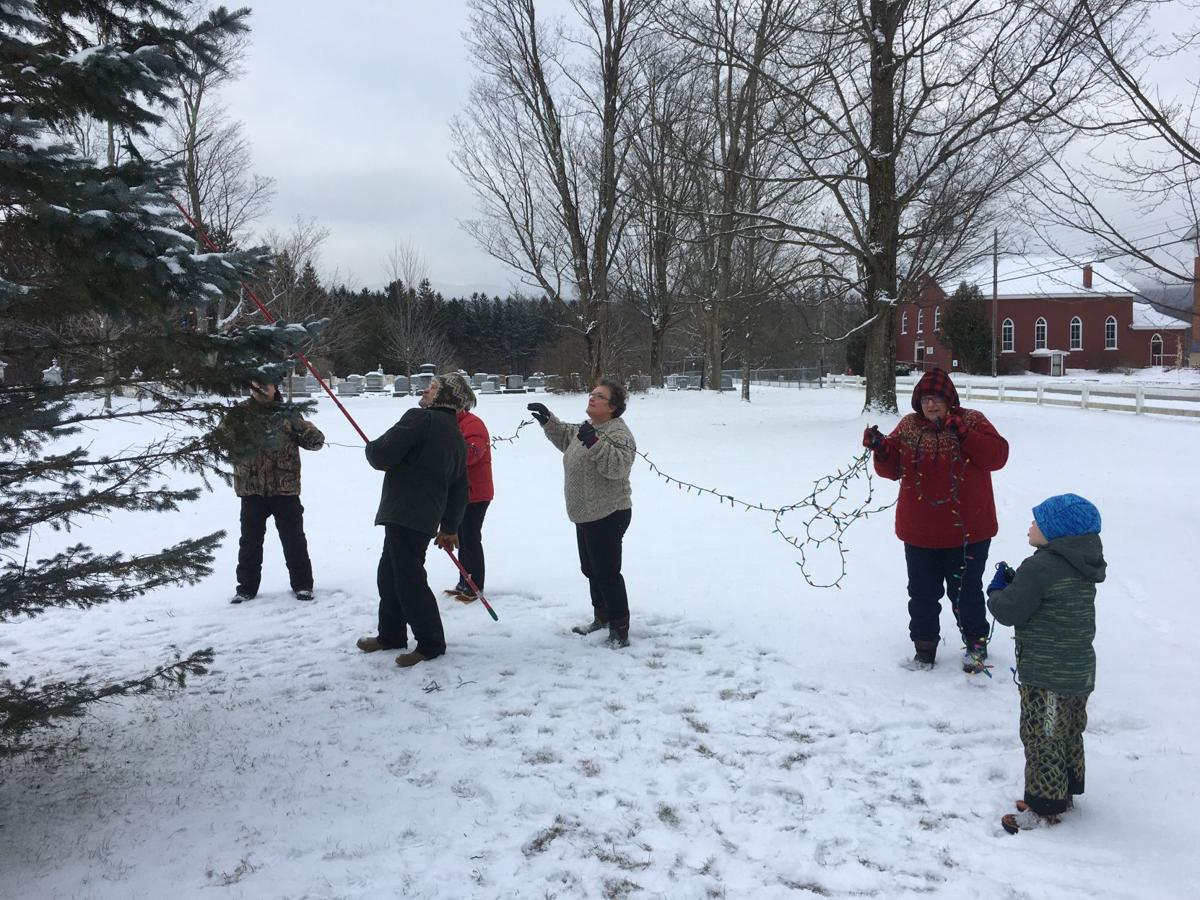 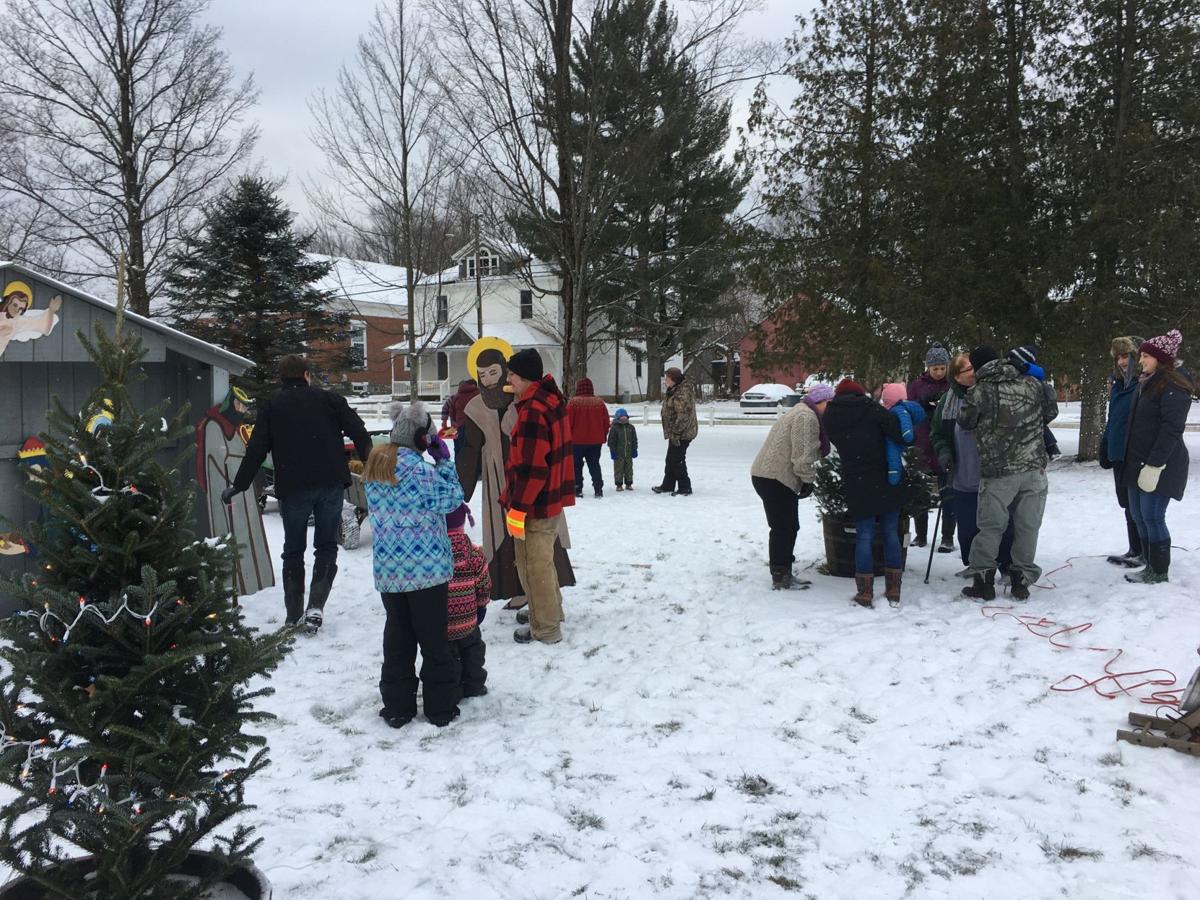 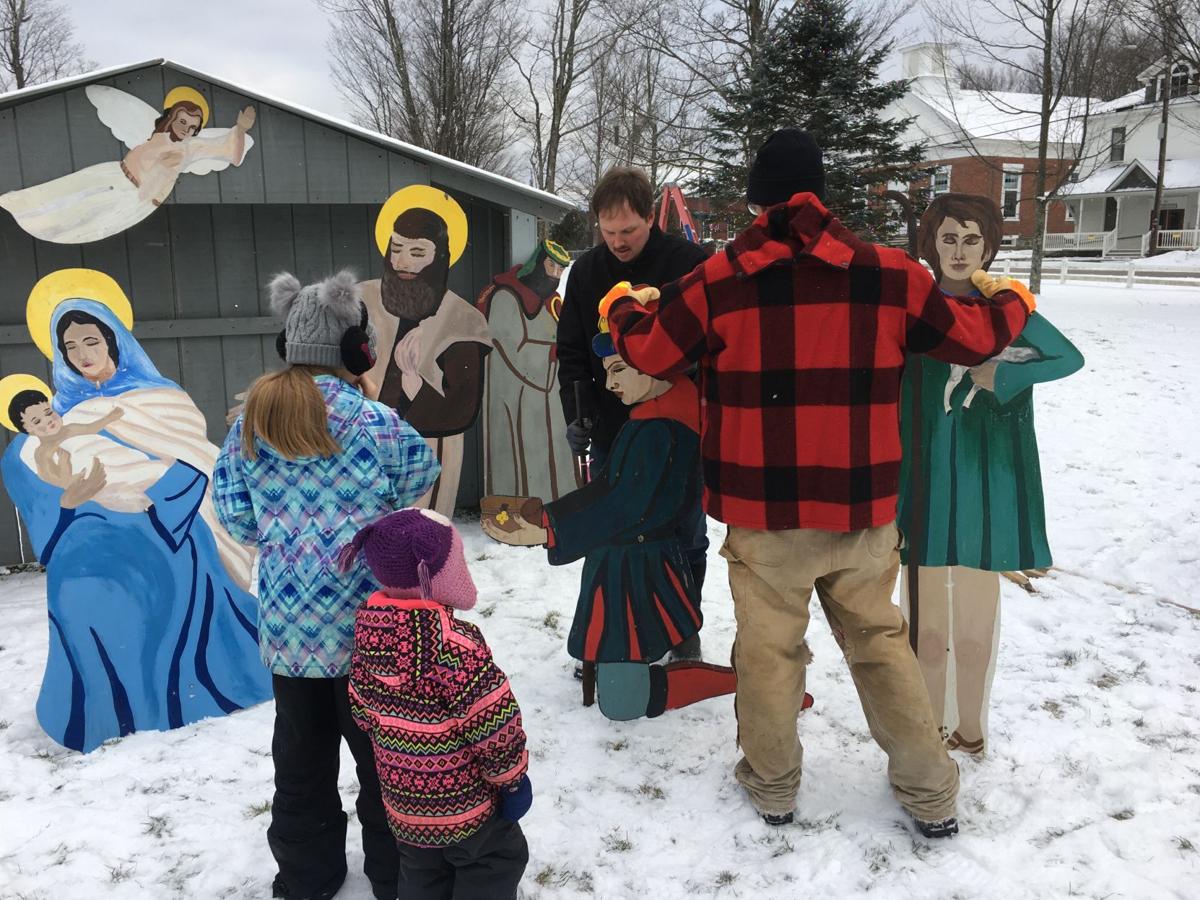 BAKERSFIELD – The Bakersfield community launched a new tradition on Saturday night. The First Annual Community Tree Lighting on November 30 brought nearly 200 community members out to brave the cold and celebrate the beginning of the winter holiday season. Co-coordinated by Bakersfield residents, Lyle Willey & Sarah Jo (Willey) Marcotte, the event included a candlelight memorial service, hot cocoa and cookies, a countdown to the lighting of trees, and the singing of carols.

Community members adopted and decorated balsam trees donated by Larry’s Tree Farm and Bakersfield Tree Farm. The memorial Montague and Maynard trees were decorated by those families. Lights were added to the bell tower, cedar tree grove, veterans memorial, as well as hedges and crab apple trees along the front of the green. The community’s historic creche remains a focal point. It has been a mainstay on the green since the 1960s. It was refurbished in 2004 by Robert Willey for his Eagle Scout project.

“That camel, I created him when I was about 18,” longtime resident Dick Maynard, who attended the Tree Lighting on Saturday, remarked joyfully, “I’ve helped repaint him at least twice since then!”

The village green will remain lit throughout the holiday season in memory and in honor of many. Tree planters are in loving memory of: Sam Gates; Darren Ovitt; Cliff Kirkpatrick; Val Bonk; Duane Ovitt; Jack and Laura Fleury; Shawn and Judi Hutchins; Ralph, Connie, Tracy and Juli Madison; Cole and Dennis Paquette, Wilma Formand, and Ryan Charbonneau. Tree planters also in honor of Dan O’Rourke and all the service men and women not home for the holidays; and James Stone, currently stationed at Fort Dix Air Force Base.