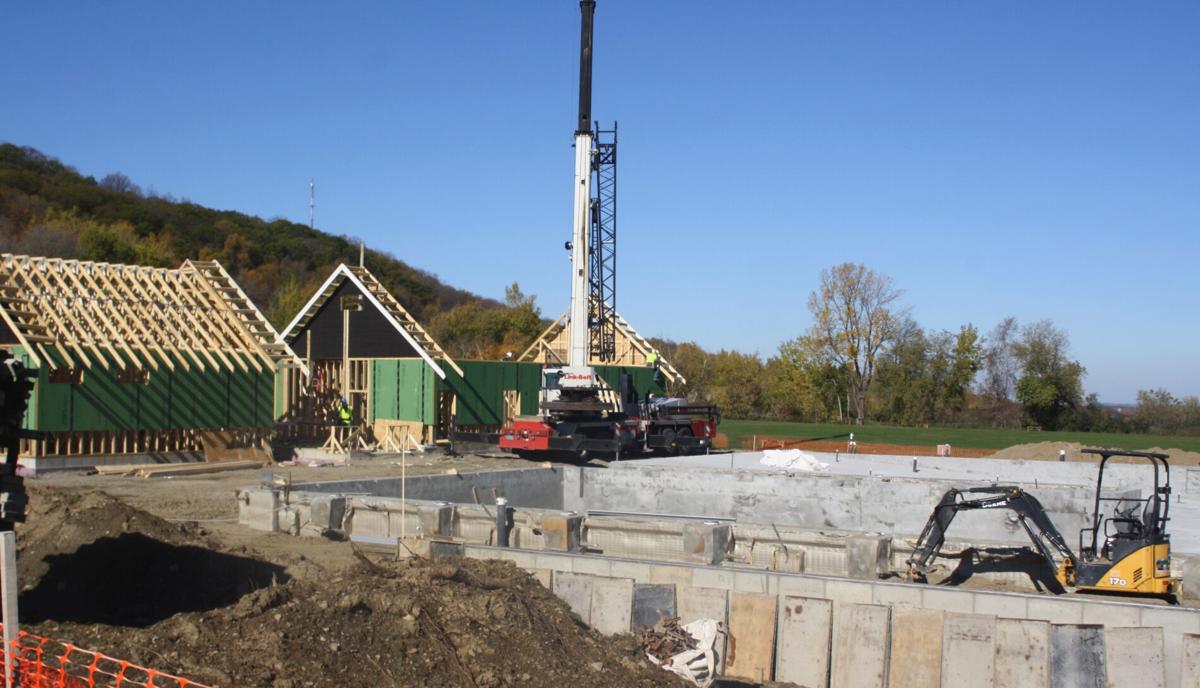 The pool deck will be poured in the spring and the surrounding area will be landscaped to improve the pool’s final look. 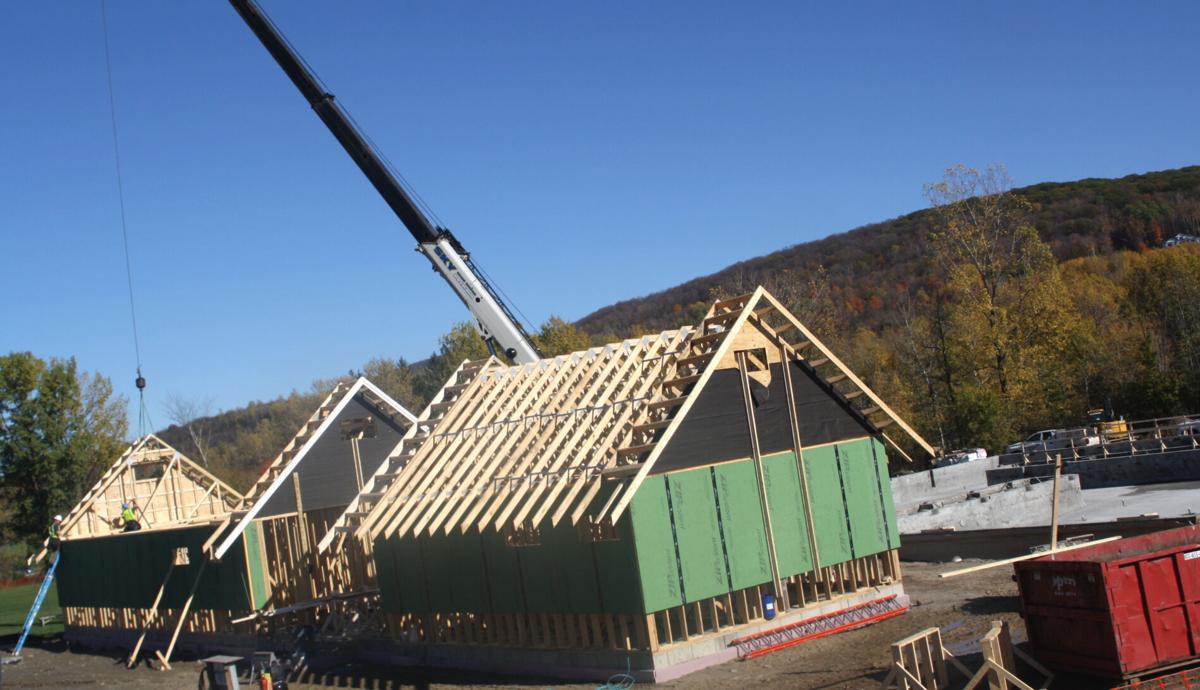 Workers add the roof truss to the pool house under construction at the St. Albans Pool.

The pool deck will be poured in the spring and the surrounding area will be landscaped to improve the pool’s final look.

Workers add the roof truss to the pool house under construction at the St. Albans Pool.

ST. ALBANS CITY — As the pool project nears its June completion date, the City of St. Albans recreation department is getting ready for a year’s worth of new programming.

Kelly Viens, the City of St. Albans’ recreation director, said construction is firmly on schedule. Workers are finishing up the pool house roof this month so they can concentrate on the interior of the building during the winter.

“Their goal is to get it buttoned up for winter so they can put in all the utilities. The shingles will go in the next week or so,” she said.

The pool house will include a pool manager’s office, a staff locker room, storage for equipment, public locker rooms and a family bathroom accessible from the pool deck. Viens said the mechanical equipment that runs and heats the pool will also be inside the building.

The pool itself has already been dug and poured, and visitors to Hard’Ack Recreation Area can clearly see the empty structures. Viens said the pool deck will be poured and final details, such as the pool’s tiling, will be completed in the spring.

Additional upgrades to Hard’Ack related to the pool’s construction are also on schedule. A new driveway entry has already been added, and a walkway leading from Congress Street to the Lodge Parking Lot is nearing completion.

Once everything is finished, Viens said the city will take a landscaping pass around the area to beautify the surrounding space and get rid of the area’s current construction-site-look. At that point, the city will open the pool and her department will start holding recreational programming, such as swim teams, swimming lessons, aquatic fitness programming and special events.

Unlike the city’s earlier pool, Viens said the city is planning for year-round events thanks to a large inflatable dome that will be added to the pool each winter. Viens said hot air will be pumped into the dome to keep it inflated and warm enough inside for swimmers.

“To get into nice warm water in the middle of winter is just fantastic,” she said.

The pool will consist of three sections. One will be a six-lane 25-foot-long competition pool for races. Another will have a zero-entry pool which makes it easier for children to swim, and the third will be a diving well.

Voters in the city approved the $4.72 million project back in March. Initially proposed as a collaborative project between the Town of St. Albans and the City of St. Albans, town voters turned down the proposal, and they’ll pay higher rates to use the facility than city residents.