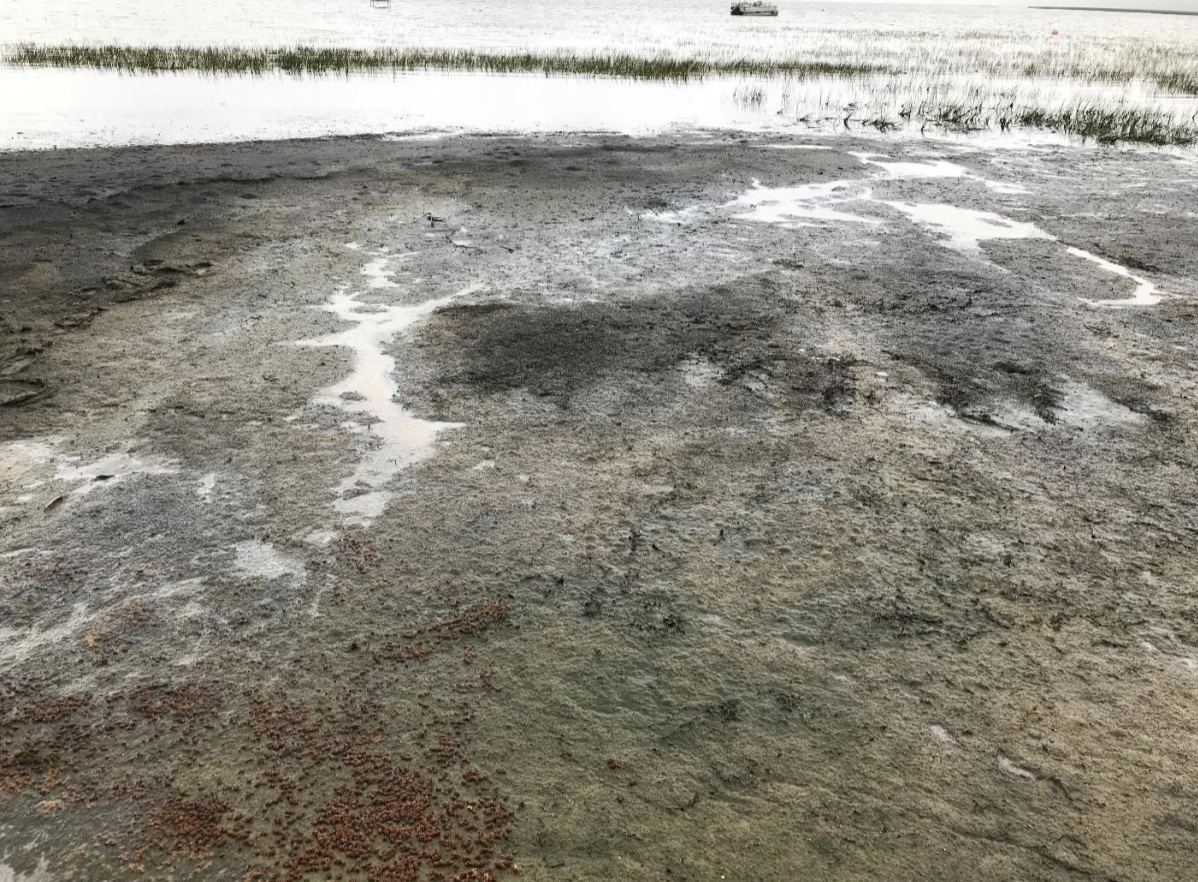 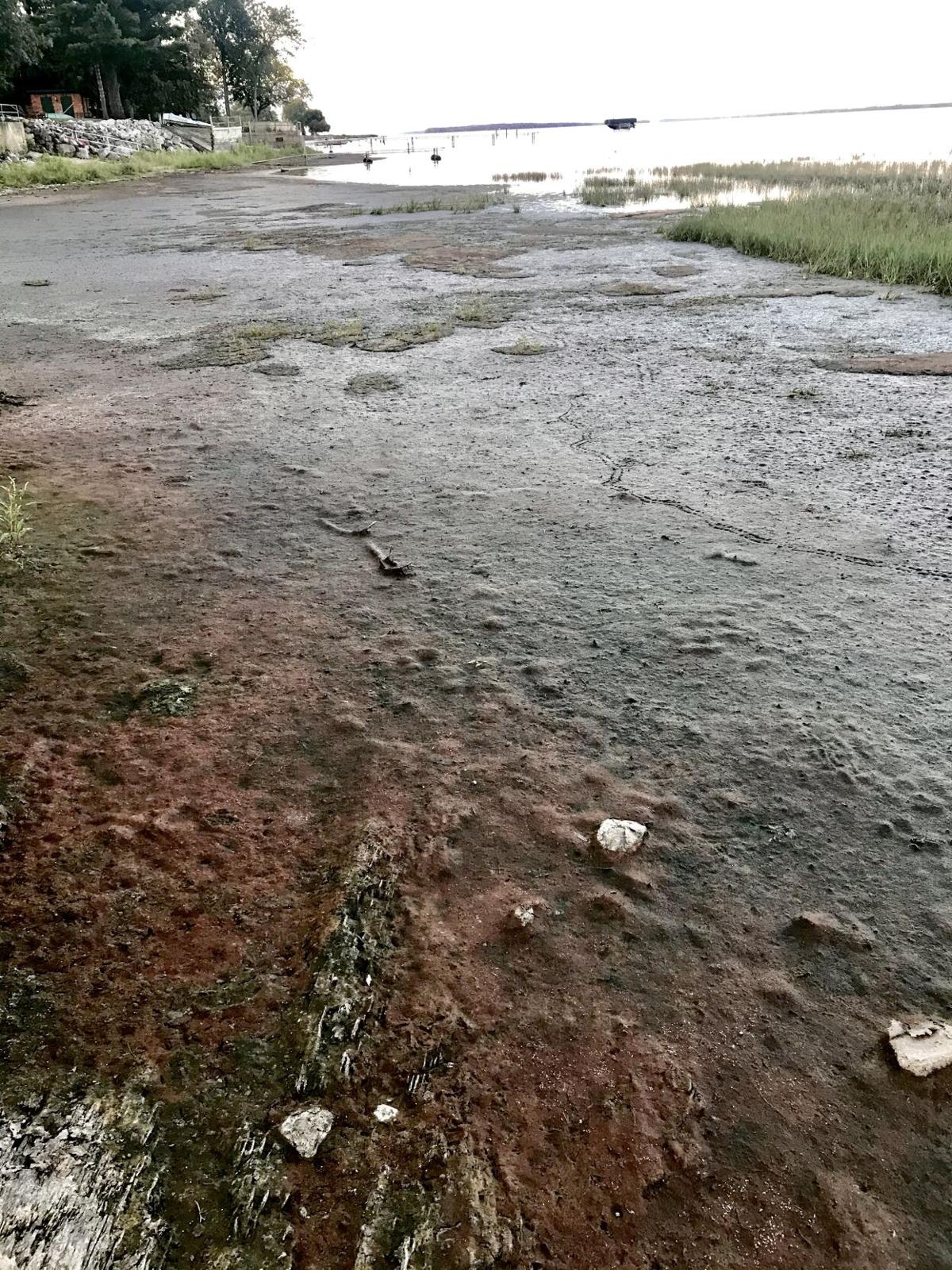 Maquam shore resident Al Norman said it's hard to be outside sometimes because the smell of the decaying plants is so bad. (Al Norman)

SWANTON — Swanton is applying for an Aquatic Nuisance Control Grant from the Department of Environmental Conservation so experts can help fix the muck on the Maquam shoreline and bay.

After a site visit on Tuesday and hearing options from members of the Department of Environmental Conservation, the town selectboard decided the first step to fixing shores and waters is to get a study done to see what is causing vegetation build up.

Residents of Maquam Bay find this build up a nuisance, complaining that their once summer havens on the beach are being ruined by the smell and look of rotting aquatic vegetation blown into the waterfront’s shallow waters.

“I can understand how that could be unpleasant,” Misha Cetner, environmental analyst with the Department of Environmental Conservation told the Messenger in the spring. “This year, I’ve heard more frequently than in years past about masses of aquatic plants that are free floating in Lake Champlain…water levels are fairly low this year...If the winds blow just right, the aquatic plant now exists.”

Maquam Bay resident Al Norman told the Messenger he and his family are unable to use their bay sometimes in the summer, spending more time inside because of the unbearable stench of decaying plants.

The selectboard voted to apply for the grant during Tuesday night’s special meeting and site visit, where members of the Department of Environmental Conservation met with the board to assess the state of their shores.

Root of the problem

Kimberley Jensen oversees the Aquatic Nuisance Control Program at the Department of Environmental Conservation and attended the special on-site meeting of the Swanton selectboard on Tuesday evening.

She found this summer’s drought made for a very low lake.

“The impact of the drought situation this summer made it very difficult if not impossible to have boats [this season],'' Jensen told the Messenger on Wednesday. “Docks were high and dry...there were 40 to 50 feet of new exposed mudflats.”

Vegetation is starting to take root in those mudflats as the lake begins to fill in, but Jensen said no major fixes to the shore or waters can happen until scientific studies show what powers are at play.

If the cause is large amounts of nutrients streaming into the water from driveways and farms, that could be an area slated for improvement, but in the meantime, waterfront owners can clean up the muck themselves using gardening tools.

Cutting the weeds using an underwater harvester was not an option, selectboard chair James Guilmette said, because the bay was too shallow for the machine.

What the grant will do

Swanton’s application and approval for a Aquatic Nuisance Control Grant through the VDEC would provide money for researchers to investigate the source of the problem.

The grant is funded by motor vehicle registrations. Last year, a total of $450,000 was awarded to water quality projects, Jensen said.

The grant guarantees funds for all approved projects, which means the more projects, the lower the cut of money to each individual project.

“We provide approximately 20% of funding for projects that are proposed,” Jensen said. “Most of the funds need to be provided by municipalities.”

This means the town would need to provide from its own budget the remaining funds to complete the project.

Last year, 65 projects around the state received a portion of the grant funds, Jensen said.

A lake assessment of Maquam Shore would cost between $5,000 and $7,000, Jensen said, and would likely fall under the department’s 2021 Education, Outreach or Survey Project, the application for which is not yet open.