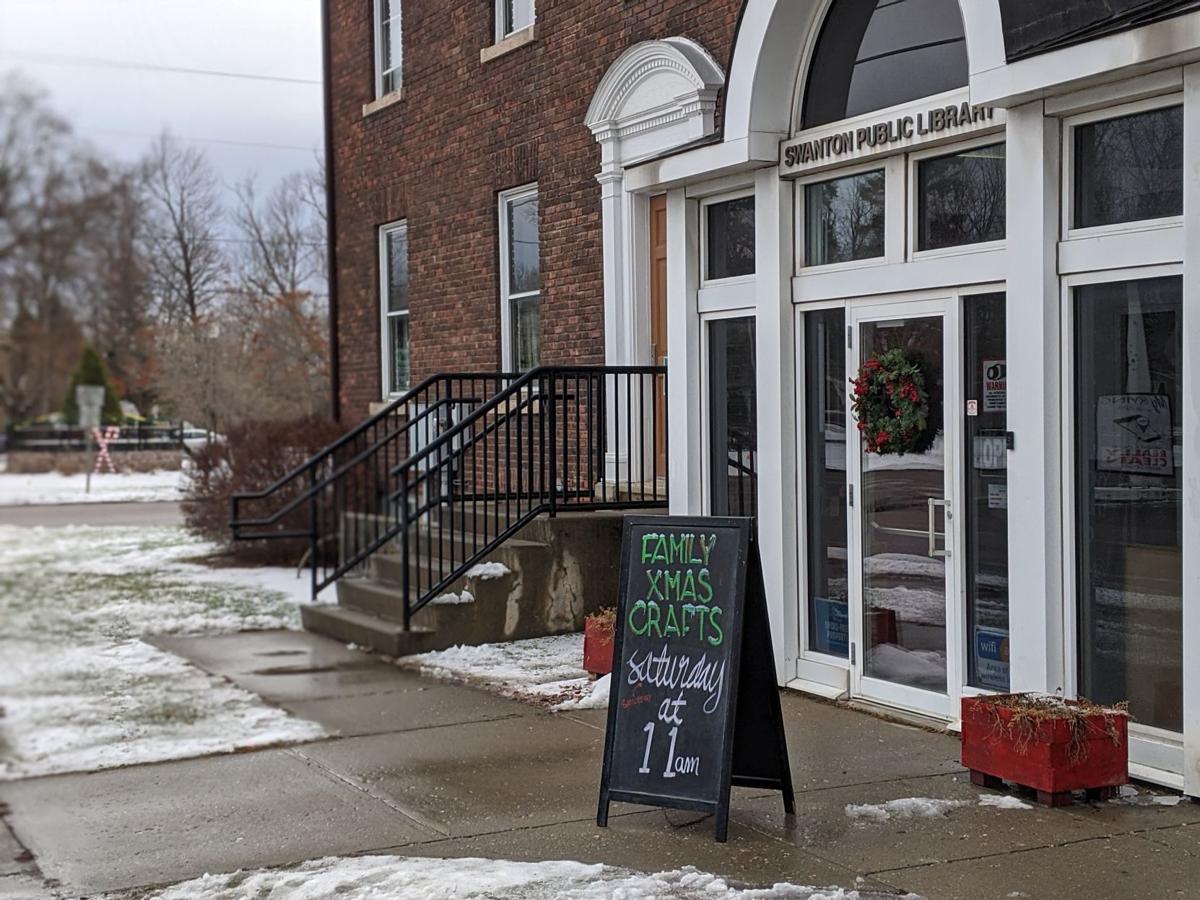 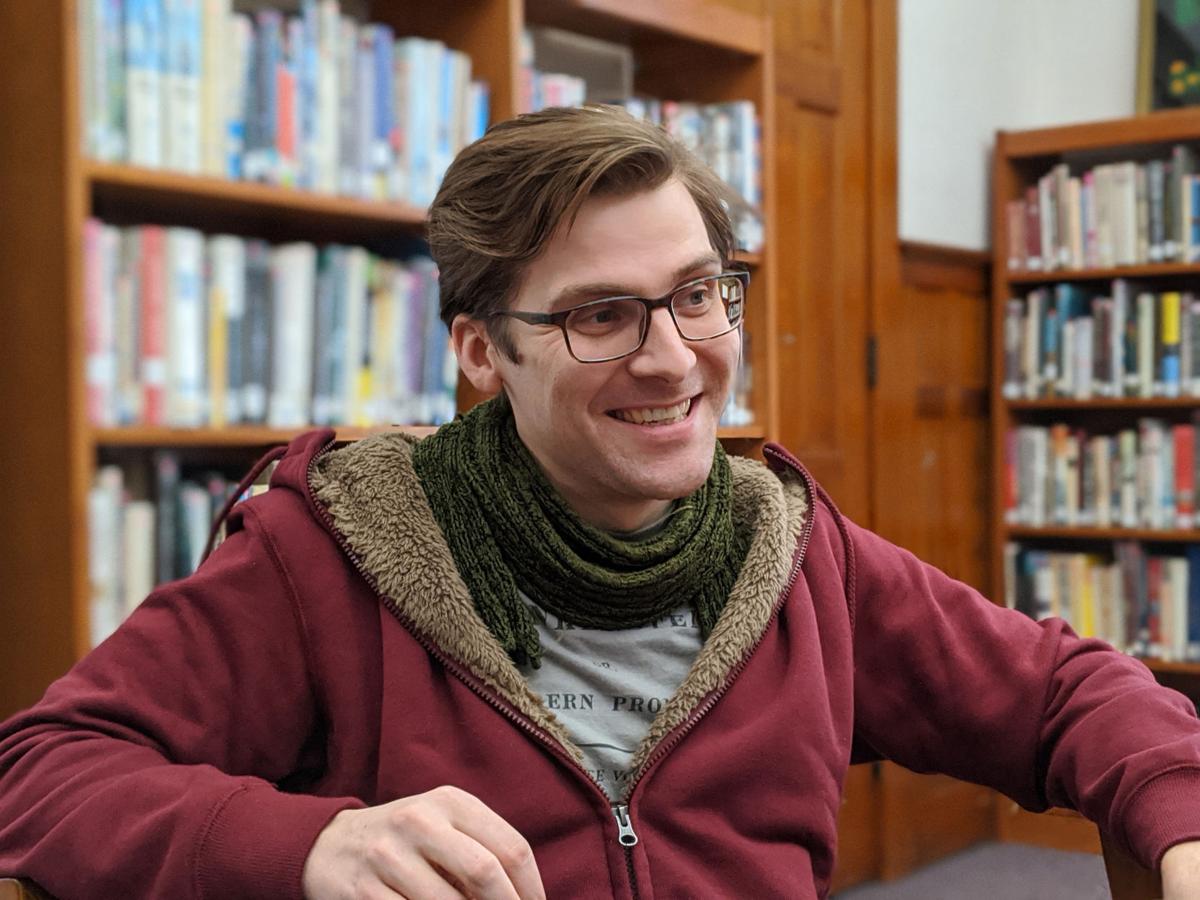 SWANTON — The state granted the Swanton Public Library over $13,000 toward repairing windows in the King’s Daughters Room.

That’s a project that goes deeper than cosmetics.

The King’s Daughters Room is the historic meeting room on the library’s second floor, an undisputedly beautiful space with one hindrance: its windows.

Library director Caleb Rupp told the Messenger the lack of basic maintenance over the years left the windows permanently closed. That means the room is unnecessarily humid in the warmer months.

And the windows aren’t winterized, either, meaning the room requires excessive heating in the colder months.

Rupp said the library’s goal is to return the windows to a healthy baseline condition, in a “conscientious manner” respecting the room’s history.

That means the possibility of a spring breeze for those who regularly take advantage of the King’s Daughters room, and reduced heating costs during the winter.

But Rupp said he’s excited about the renovation project for a couple more reasons.

The first is that, in addressing the issue, the project will save the library from incurring a larger future expense, a key consideration as the library’s board of directors plans for the library’s long-term financial health. The Messenger reported on the library’s efforts to do just that in December.

But the second reason Rupp is excited is the project’s potential benefit to community usage of that space. And Rupp sees that benefit possibly going beyond more, or at least more comfortable, meetings.

Rupp said that space could house a portion of the Swanton Historical Society (SHS) museum — the portion that’s been in the library’s basement area since the construction of a library expansion more than two decades ago.

Much of the SHS’s collection of local artifacts is housed in the Ronald F. Kilburn Transportation Museum, across from the truss bridge on South River Street. But the SHS has another collection beneath the library’s ground floor.

Moving that collection to the King’s Daughters Room could have two clear benefits. First, it could increase exposure for the artifacts.

Second, it could open the basement space for a makerspace, or for similar artistic, creative and generally space-consuming uses. It could also operate as a private and quiet reserved meeting space.

But Rupp stressed these aren’t set plans, just ongoing discussions. He said it’s important the library coordinates any changes with the King’s Daughters to ensure any plan lines up with the room’s historic intent.

And there are physical barriers to moving the SHS collection up from the basement. It’s not so much the amount of stuff or how much it weighs as the fact that the library’s expansion was actually constructed around glass cases housing and protecting the artifacts. There’s the question of how to move those items safely without endangering their preservation.

The library expansion decades ago more than doubled the library’s physical space. Rupp said the amount of space is not the issue.

“We have the space,” he told the Messenger Thursday. “The question is ... are we using the space well?”

Rupp said the library plans to host public input sessions this year to hear how the public thinks the library could best utilize its existing space “so people have actual access to the stuff that they want.”

There are, however, still a few infrastructure issues that grant funding might help address, in a similar vein to the window issue. Take the library’s furnaces, for example.

The grant funding for the window restoration comes from the Vermont Agency of Commerce and Community Development’s Division of Historic Preservation.

Rupp said the library plans to pursue other grant funding opportunities to cover the remaining cost, as well as fundraising.

The grant is contingent on the project’s completion by Dec. 2021.

The library board’s efforts to keep the space in top shape continue with a Preservation Trust of Vermont engineer visiting today for a comprehensive site assessment.

The Messenger will report on the library’s ongoing efforts as they develop.